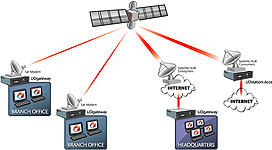 The European satellite communications market is most certainly alive and well... The research analysis firm, Futron, finds a 77 billion euros market worldwide, with satellite services generating some 38 billion euros of this global revenue. Europe is a dominant force in the satcom marketplace‚ and as Futron estimates, the European space industry can claim approximately 40 percent of the world market in the trinity of satellite environs: manufacture, launch, and operation. In addition, just in case you were unaware, three of the five largest satellite system operators in the world are European based.
INSIGHTS
INSIGHT: The European Union + MSS,
European satellite services without the need for numerous approvals — that’s the aim of the European Union (EU) and their latest decision to provide satellite operators with a single authorization to offer their technologies to customers. The Executive Commission of the EU believes creating a single permission process will create services that can extend to the most remote areas, as well as assist in ensuring the viability of such services, which would include high-speed data and mobile TV throughout Europe.
INSIGHT — Europe's Bullish Satellite Market, by Chris Forrester

by Chris Forrester
The U.S. market demand for satellite capacity might be growing modestly. The Asia-Pacific region, with China and India experiencing progress, might also be seeing some cause for DTH optimism. But it is Europe that is the world’s powerhouse for satellite growth and optimism.
INSIGHT - Near Earth LLC: Merger Magic + More...,
by Hoyt Davidson
Back on February 19, 2007, the Boards of XM Radio and Sirius Satellite Radio approved a plan of merger and began what would become a long, combative and historic regulatory drama. On March 29, 2007, they submitted an application with the FCC to combine their spectrum into a new merged entity. On June 8, 2007 (the FCC’s Day 0), the pleading cycle was officially established. On Friday, July 25, 2008 (FCC Day 412), the approval was finally granted.
INSIGHT - A Look @ Zee TV, 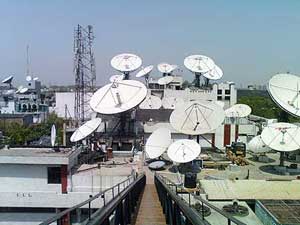 by Michael Fleck
Today, Zee Entertainment Enterprises is a multi-faceted media company with DTH and Broadcasting operations that encompass the world. Zee reaches an estimated 200 million viewers in more than 120 countries. From its origins in 1992 as Zee TV broadcasting based in Singapore, Zee is now at the forefront of broadcast satellite applications in South Asia.
INSIGHT - NSR — Avoiding A Repeat Of History,
by Patrick French
NSR remains positive that the European two-way satellite broadband players are on the right track, even if the main players might be taking somewhat different approaches. There is more than one road that leads to Rome, after all. 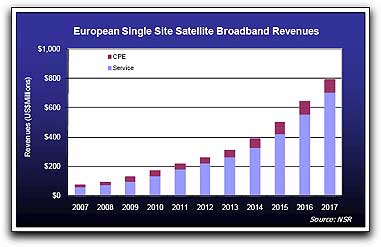 INSIGHT: The Sky's The Limit... For SkyTerra + MSV,

The satellite industry might soon be approaching a new era — one in which satellite and cellular networks are combined and consumers are able to use both networks on handsets similar in size to what is currently on the market.
INSIGHT: Europeans, Satellites + The Digital Divide, by Louis Zacharilla
by Louis Zacharilla
In mid-August an event took place in steamy Taiwan which may be a precursor for things to come in the world of broadband in Europe. During that week, the nation’s newly-elected president, Ma Ying-Jeou gathered experts on broadband from around the world. However, he did not bring them to Taipei, the typical site for these types of events. Rather, the event was held in Taoyuan County. This atypical location was not so unusual to those involved with broadband policy, issues of community access to broadband and the emergence of what the New York think tank Intelligent Community Forum refers to as, “the Broadband Economy.”
EVENT PROFILES
EVENT PROFILE: The Quest For Content — IBC 2008,

Businesses and individuals attending IBC continue to grow each year in number. This is amazing, given the ever increasing cost for such attendance. Proof that something worthwhile is always worth the expense. This year, IBC will be “open for business” beginning at 12:00 noon on Friday, September 12th.
EVENT PROFILE: SATCON Satisfies...,

INTOREL has integrated many M&C systems for SES-ASTRA, one of the world’s largest satellite groups. As the SES’s network of satellites grows, INTOREL provides the monitoring and control systems for their installations that are used for transmitting large amounts of data or multimedia from point-to-point or among multiple sites.
CASE STUDY - NOC Solutions,

John Pittas provides guidance for Fujitsu’s MPEG-4 AVC codec products to FCPA’s New Products Group. Codecs are critical to the success of broadcasting and to any company’s bottom line, which is why John’s strategic technology and business development planning for TV broadcast products being brought to Fujitsu’s Strategic Planning Office stream is so important. He joined FCPA in 2006 and has been instrumental in introducing the company’s MPEG-4 AVC HD Codecs into the U.S. broadcast market. He possesses more than 30 years of experience in film and video production, video circuit and system design, and broadcast product and engineering management.
EXECUTIVE SPOTLIGHT ON... Chris Burdick, Vice President of Product Management - iDirect

FEATURES
FEATURE: What's So Great About The FSS Business Model?, by Bruce Elbert
by Bruce Elbert
The FSS business model is predicated on a satellite operator who makes a “sunk” investment in rather expensive space hardware that can perform its service for a specified (but limited) period of time. In the abstract, the spacecraft could perform any function as long as the operator receives revenues that effectively liquidate this investment over the lifetime. The FSS model depends on revenue from selling satellite capacity in the form of transponder bandwidth and power to a market composed of commercial and government users.
FEATURE: Convergence—Today's Reality, by Mor Allon
by Mor Allon
Convergence is no longer a trend, but a reality. This convergence of the computing, telecommunications, and audiovisual industries has, simultaneously, impacted on both the demand side and the supply-side development of the satellite communications industry. Service providers, equipment vendors and end-users are directly affected by the changes in network topology, product development and company business strategy. The consequences of these changes have been so profound that I doubt they were anticipated when “convergence” was first conceived.
SATELLITE HISTORY - Episode 5 — Syncom 1 to 3,

by Donald Martin, Paul Anderson and Lucy Bartamian
In the early 1960s, both medium and synchronous altitude communication satellites were of interest to planners. NASA conducted experiments at both altitudes using the Relay and Syncom satellites.
FEATURE: Success For Satellite Radio In Europe, by David Krueger 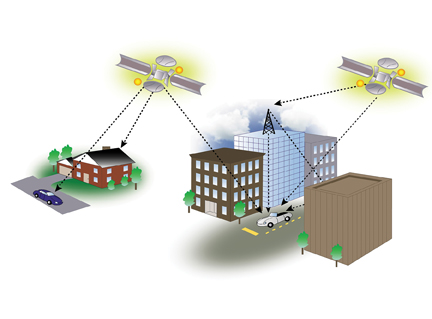 by David Krueger
Considering the successful development and increasing maturity of Sirius Satellite Radio and XM Satellite Radio in the U.S., the timing could not be better than right now to introduce satellite radio to Europe. The two companies (now a single entity, thanks to their recent merger) reported a combined USD 2.4B in revenue last year and have, between them, generated a total of nearly USD 6B since services started six years ago.