STAR-ISMS™ has been tested and certified for airworthiness by world transport authorities including the United States Federal Aviation Authority (FAA) and Transport Canada. Star owns the worldwide license — ground, air and marine — for this technology and Star is actively developing new applications for in-flight medical monitoring, environmental monitoring, and ground-based systems.

STAR-ISMS™ Overview
STAR-ISMS™ is an on-board monitoring system that provides a “virtual window into an aircraft.” It is a proven and cost-effective system that automatically and securely transmits flight data and incident alerts in real-time. STAR-ISMS™ continuously monitors selected avionics systems on the aircraft as it flies, instantly analyzing the data, and transmitting desired data and incident alerts via satellite to the operator.

STAR-ISMS is a patented technology. It reads data from the aircraft avionics buses (ARINC 717/573 and ARINC 429) and monitors aircraft parameters provided by a variety of avionics including essential systems such as:

Flight data is stored on solid state storage inside the Star Server Unit (SSU), the centerpiece of the STAR-ISMS hardware on board the aircraft. The data is analyzed in real-time and sends alerts about abnormal parameters and events to the ground along with selected data. STAR-ISMS uses satellite communication when in the air and WLAN (IEEE 802.11) when on the ground. Time-critical information is sent right away; other information is stored on board and transmitted at lower cost on the ground.

The STAR-ISMS system gives airline ground personnel the ability to monitor trends, predict possible failures, schedule repairs, and assist the flight crew to take preventive action as required. It acts as an early warning system, detecting the earliest signs of potential problems. As a result, airlines can reduce aircraft downtime and flight delays due to unscheduled maintenance, increase compliance to standard operating procedures and gain efficiencies from the many reports and data feeds available.

The on-board data analysis capabilities range from simple bound checking (e.g., aircraft pitch within -15° and + 25°), to multi-parameter combination checking (e.g., aircraft speed less than 250 kts below FL 100) to complex equations with multiple parameters. A set of the most common analyses are pre-defined and airlines can specify additional analysis to be performed independently for each aircraft or aircraft type.

Once on-board analysis identifies an abnormal parameter or combination of parameters, it generates and transmits an alert. The ground station receives the alert and then transmits it to the airline and/or ground personnel (e.g., PDA) via email, subject to local network capabilities. This enables the airline’s maintenance department to know the status of the aircraft before it arrives and gives it the opportunity to prepare tools, parts and resources. As a result, costly flight delays and aircraft downtimes are reduced. (See Figure 1.) 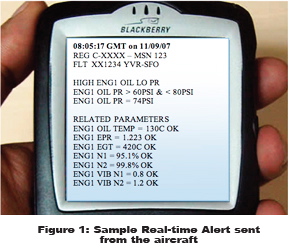 For example, if “over water” routes such as on the North Atlantic require a closer monitoring of ETOPS relevant parameters, a separate data analysis configuration is pre-activated for such flights automatically, without human interaction.

At the end of each flight, STAR-ISMS creates a set of reports for various departments within the airline. These reports are available as both formatted reports and as raw data feeds. Formatted reports in “.pdf” format are sent by email and are also available through the secure Customer Internet Portal. Raw data feeds are transmitted to the airline’s systems through email or file transfer protocol (FTP).

A comprehensive pre-defined report set covers the most common and most relevant parameters that are required for awareness, transparency and decision support, by various departments:

Data acquisition and transmission is fully automated for engine condition monitoring (ECM). All relevant engine parameters are read at various stages of the flight and can be set up to automatically upload into the airline’s or engine manufacturer’s ECM database via IP Internet communication either through satellite communication when in the air or through WLAN when on the ground. Airlines can specify the set of parameters transmitted, the number of samples recorded during a flight, and the flight phase and/or time at which the samples are recorded. With automated ECM, the airline can collect engine data more frequently and with greater accuracy while reducing pilot workload.

Tracking messages are received and processed either by the Star Data Center or by the airline. The tracking data is available through the Customer Internet Portal as position reports as well as plotted on an interactive map (See Figure 2). In addition, with some STAR-ISMS flight tracking configurations, the tracking data can be interfaced with third party tracking and/or plotting software, such as Google Earth (Figure 3). 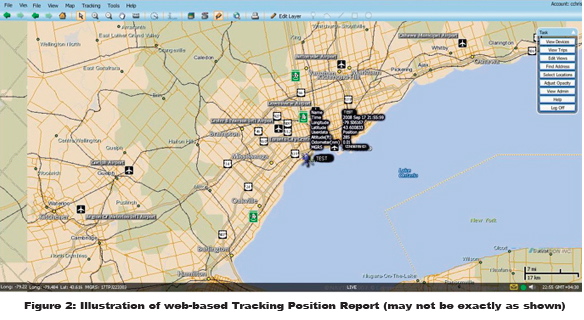 During operation, data from the aircraft systems is recorded and monitored and is stored on solid state storage in the SSU. Once on the ground, the flight data set is transmitted automatically to the airline or the airline’s flight data analysis provider for processing and analysis using IP Internet communication via WLAN. This capability eliminates the risk of data loss from media handling and human error present in traditional manual data recovery. It also eliminates the need for maintenance personnel to access the aircraft, and thus resource requirements, and significantly reduces data delivery delays. Data is typically available within minutes from the aircraft arrival at a WLAN-enabled gate.

Out Off On In (OOOI) Time Reporting

STAR-ISMS provides automated and accurate timekeeping for block and flight times. Timekeeping uses the high precision atomic clocks on GPS satellites and can, therefore, reach an accuracy unmatched by manual timekeeping. The data can be transmitted in real-time through satellite communication or through WLAN when on the ground after the flight. OOOI times are also available through the Customer Internet Portal. Aircraft maintenance intervals, part lifetimes and often payroll of crew relies on accurate and timely OOOI time reporting. Eliminated is the airlines’ necessity of the manual handling of OOOI times and the potential sources of error associated with it is reduced.

STAR-ISMS offers two-way text messaging and voice calls through satellite communication. The Mission Management Unit (MMU) lets aircraft crews send pre-set or customized messages, such as number of passengers, special service requests such as wheelchairs upon arrival, etc. Ground personnel can send pre-set or free-form text messages to the aircraft. In addition to text messaging, satellite voice calls are available to or from the aircraft. 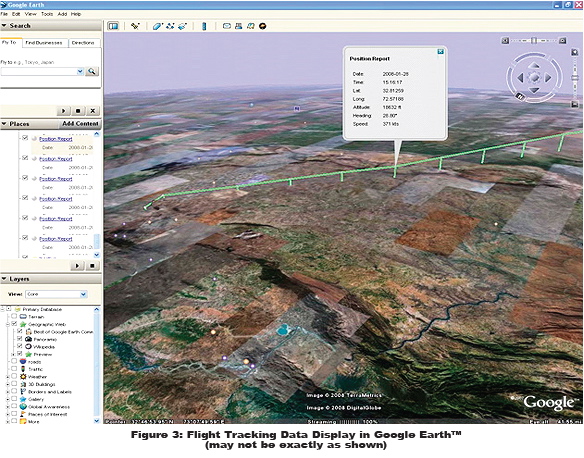 Airlines are offered an easy and convenient way to access key information through the Customer Internet Portal. The following information is accessible via the Internet from anywhere in the world:

Selected parameters monitored from the aircraft systems For added security, the Customer Internet Portal is protected behind a firewall and uses a password login scheme.

The STAR-ISMS system is currently certified via Supplemental Type Certificate (STC) by Transport Canada for the following aircraft types:

The United States Federal Aviation Authority (FAA) or the European Aviation Safety Agency (EASA) usually issues certification of equipment such as STAR-ISMS, based on the Transport Canada STC. Such certification can take from a few weeks up to months. 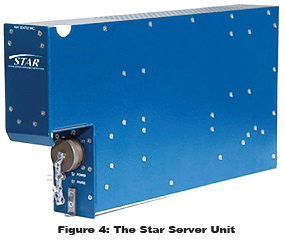 The hardware installed on the aircraft depends on which version is installed. The SSU that houses the STAR-ISMS Plus system on board the aircraft is installed in the avionics bay. It has standard avionics dimensions and requires space of two modular concept units (MCUs). In addition, a data transceiver unit is usually installed in the avionics bay, requiring space of approximately one MCU. The SSU and transceiver weights are 12 lbs. and 4 lbs., respectively. Installing the SSU, data transceiver and cable harness typically takes between 20 and 40 man hours (according to the aircraft) and can usually be completed in one or two night shifts. 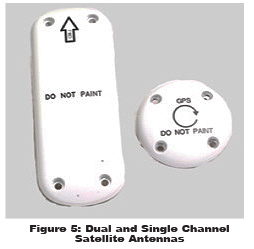 In addition to the data transceiver, a dual channel satellite antenna is required for satellite communication capabilities. Many aircraft today have satellite antennas already installed, and if compatible and not used by other equipment, STAR-ISMS uses the existing antenna. If an antenna must be installed, it typically takes 20 to 30 man hours (according to aircraft) and requires 24 hours for “curing”. This is usually done when the SSU and data transceiver are installed.

The flight tracking feature is part of STAR-ISMS Ultralite and STAR-ISMS Lite. It requires an additional tracking transceiver and a separate antenna channel. Installing the tracking feature, including the antenna, typically takes 15 to 30 man hours (according to aircraft) and can typically be done over two night shifts.

The two-way text messaging feature is part of STAR-ISMS Lite, and an option for STAR-ISMS Ultra Lite. It requires a Mission Management Unit (MMU) installed in the flight deck. The MMU installation typically takes 15 to 30 man hours (according to aircraft) and can typically be done over two night shifts.

To sum up, Star has that technology for the aviation world. Modern day aircraft are outfitted with the most up- to-date technology with computerized systems onboard they are almost capable of flying and landing by themselves.

But something is wrong!

Current black box technology is extremely limited. They are capable of about 300 parameters. In the event of a crash, the black boxes can be recovered and sent, still sealed, to the National Transportation Safety Board (NSTB) for analysis. This is completely reactionary and good only if the box is found and if it is not damaged. Forecasts of increased air travel for the future are galvanizing the nexgen system which completely compliments the Star ISMS — or you could say that STAR ISMS compliments it.

Take a look at the technology that Star Navigation has created. It is capable of reading as many as 18,000 parameters and streaming live data on demand, knowing exactly where the aircraft is at all times live on screen, and knows exactly what is happening on the aircraft as it happens. It is, quite literally, a virtual window into the aircraft. Governing bodies have been calling for better monitoring systems. Star Navigation recognized that need more than 10 years ago and spent that time perfecting technology. Fully patented, the technology is the “one and only” and in a class of its own. Even today, some industry members were looking to enhance the signals from the black box beacon — at Star Navigation, the belief is that a complement to the black box is the STAR-ISMS.

The R&D stage is never truly completed. The next big step is in the marketing of this product to the world. A recent technology partnership with a major European conglomerate has been a tremendous accomplishment for the company. Saving a single life is more important to our firm than any other considerations. Over the past 15 months, hundreds of lives have been lost, affecting thousands, from friends and families to businesses. If Star Navigation is able to reduce such calamities over and over again, the efforts is more than worthwhile. It is distressing that such events have taken place, but it also forces all to note where aviation safety is failing. The difference is that of reactive versus proactive.

The old technology is no longer good enough.