During World War I, hundreds of men were trapped in a small depression on the side of a hill in the Argonne Forest behind enemy lines. Allied troops, not knowing their location, were subjecting them to “friendly fire.” 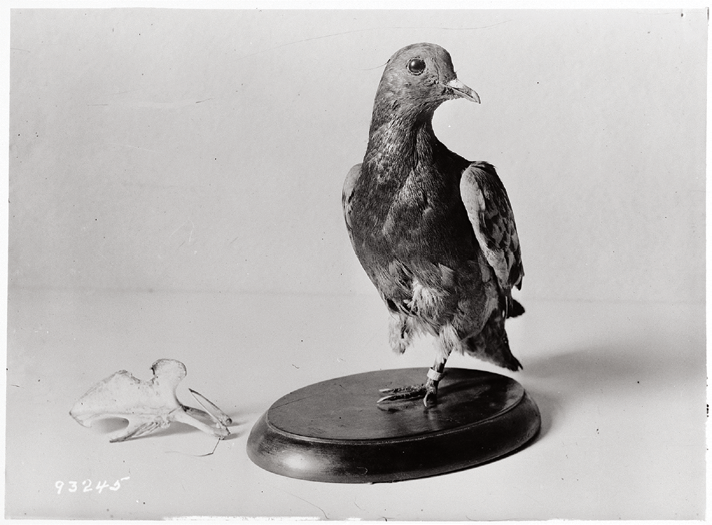 Cher Ami, the carrier pigeon which carried a message from
the Lost Battalion to the 77th Division on October 4, 1918.

Every messenger sent out of the depression to get help was killed or intercepted by the Germans. The leader of this battalion, Major Charles White Whittlesey, began dispatching messages by carrier pigeon. He only had three pigeons and the first two were immediately shot down by the enemy. However, the remaining pigeon, “Cher Ami,” successfully flew back to division headquarters, thereby saving the lives of 194 men.

Resilience can arrive in many forms. Resiliency for Cher Ami could have been in the form of hundreds of pigeons covering her trail as she rose to the sky, obfuscating her location. Today, resiliency could entail multiple satellites transmitting the same critical data, distributing the overall risk of being compromised.

Communication technology has vastly improved since the days of carrier pigeons, yet transmitting resilient, secure information during conflict can still be challenging. With the advent of satellites and UAVs, we now have the ability to see the battlefield from the air and communicate critical information to the ground with relative ease. However, it does not take away from Cher Ami’s situation, which was to avoid detection by the enemy and their ongoing efforts to interfere with her mission. 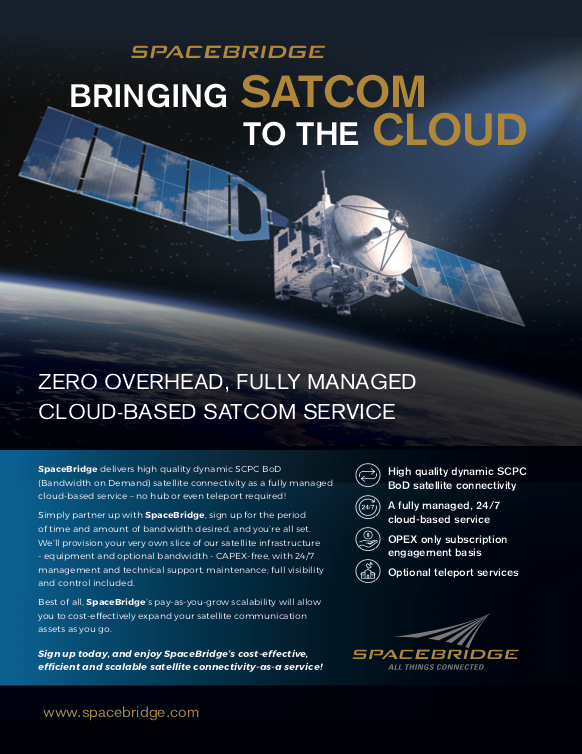 Resiliency for Commercial and Military Applications
For satellite communication (SATCOM), the difficulties with transmitting data are not limited to only the military — commercial operations are also affected by parties who are intentionally interfering with missions.

The Department of Defense (DoD) and commercial sector both seek methods to avoid interference. New and innovative technologies, such as digital ground and cloud-enabled virtualized processing, are creating unique answers for avoidance alternatives and they can be readily applied to smallsats.

Resiliency tactics are relevant to smallsats because this type of constellation is increasingly becoming popular to satellite communications within both the commercial and military environs. The costs to launch objects into space have dropped by orders of magnitude and smallsats can be developed faster with smaller teams that are less expensive to operate.

Of great significance is that technical mastery now exists for the conversion of analog to digital RF. Digitized RF can retain its fidelity and be transported with time deterministic latency with no data loss, enabling signals to be transported via commercial means into a general compute infrastructure. 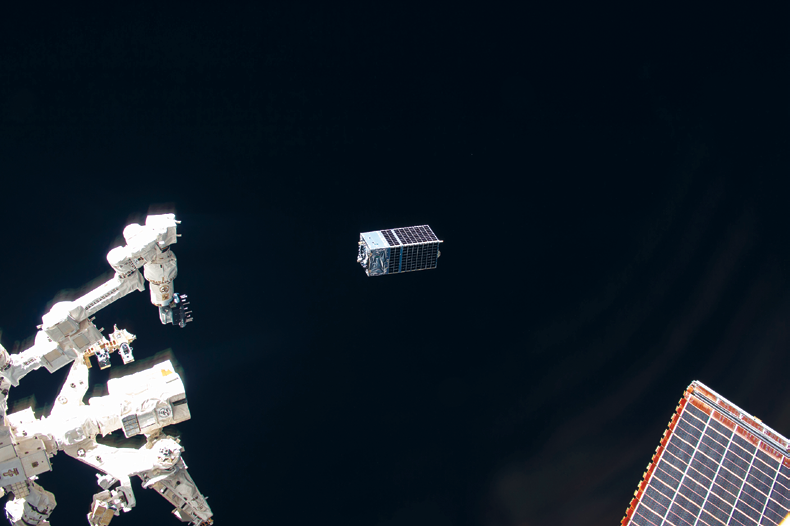 The U.S. Army Space and Missile Defense Command received its first image from a low-cost, smallsat prototype that was designed to provide near real-time images to the tactical-level ground Soldier.

When considering the overall costs of Low Earth Orbit (LEO) satellites and the power being brought with resilience, accurate digitization, virtualization and cloud computing, many small satellite operators are not even considering large proprietary hardware and are going directly towards virtualized solutions.

New machines can be added when needed, bringing the ability to scale resources dynamically. Improved bandwidth capabilities that allow for reliable narrowband and wideband operations can be leveraged in conjunction with large scale cloud computing through private clouds or large cloud enterprises, such as Amazon’s AWS, Microsoft’s Azure and others.

Through the use of virtual solutions, resilient and redundant architectures can be deployed to support both small and large LEO constellations. Key features of fully integrated, virtualized ground system architecture include digital IF and container/VM based software modems, FEPs, and gateways. 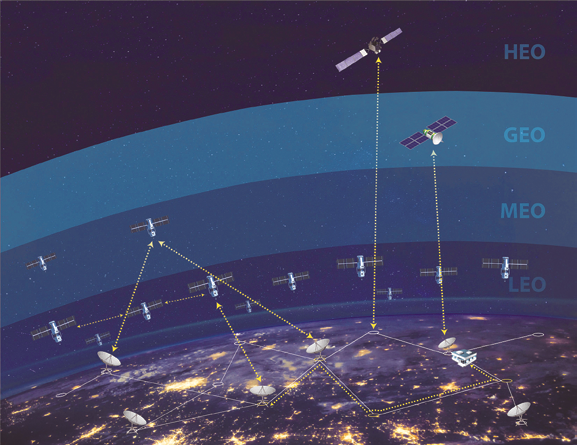 Resilience is Integral to the Design
Commercial satellite antenna networks with cloud competencies, such as AWS, KSAT, Capella and Atlas, are creating self-service portals for on-demand requests from small satellite operators.

These networks have the potential of delivering hundreds of Ground Entry Points (GEP) across the Earth. If one node or GEP goes down, the ability to remap operations to a separate node will be inherent to their software defined network.

In the future, LEO constellations could constitute hundreds or possibly thousands of smallsats. With thousands of satellites in an orbit, all connected, if one satellite goes down, another could easily take the non-functioning satellite’s place.

Major Whittlesey only had three pigeons and, once they were out of action, the ability to save his troops would have been lost. What if he could have communicated with 10 different satellites? Even if two satellites were incapacitated, eight would have been successful at receiving his message and halting the friendly fire.

With software-defined networks and virtualized command and control (C2) comes the ability to communicate through multiple ground entry points, rendering the power to quickly instantiate services on demand. Kratos has proven that deployment automation can be used to spin up a new satellite command and control stack in less than 10 minutes.

Commercial and military satellite communications are no longer tied to permanent ground stations, nor are they tied to specific satellites, but they are limited to network infrastructure decisions, such as bandwidth, connectivity, and trust. 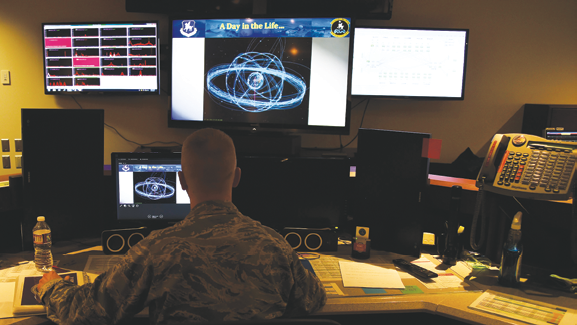 This strategy and the others mentioned in this article are all tactics to disaggregate SATCOM capabilities. By increasing the number and diversity of targets, the adversary’s capability to successfully interfere with a mission becomes more complicated. These resilience strategies give the Warfighter operational advantage and improve mission survivability.

Benefits of Continuous Innovation
Digital technologies are changing and improving ground to satellite communication faster than could ever before be achieved. Those that wait to transform do risk falling behind their peers, particularly near peer adversaries.

An entire ground system, composed of virtual network functions that used to be deployed in specialized hardware, can now be constantly upgraded, one function at a time, with new functions added as needed. Virtual and software defined ground solutions can be continuously updated and evolved to stay ahead of threats.

A proliferated LEO constellation with a software defined network, virtualized C2 and multiple ground entry points mean that those like Major Whittlesey and his troops, who benefited from a lone pigeon surviving a 25 mile flight, will have more options to ensure mission success.

Today, survival is not necessarily linked to size or strength but to the ability to change — to move quickly, adapt, seize opportunities and be agile. Digital ground and virtual technologies are extending our ground to satellite communication power with a multitude of possibilities for LEO going forward. 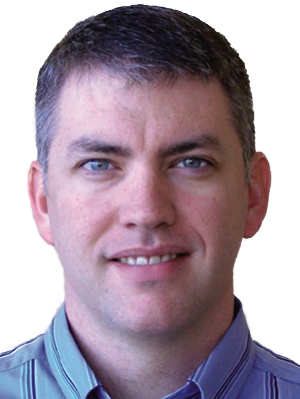 Chris Badgett is Vice President of Technology for Kratos Space.  He has been instrumental in designing the capability for the military to take advantage of virtual ground solutions and the ability to securely leverage the power of cloud computing and global antenna networks.  Prior to Kratos, Mr. Badgett served in the Air Force as a weapons engineer in the Air Force Research Lab. Chris has also worked in the Space Development and Test Wing as a program manager for a satellite system developed by Ball Aerospace.  Mr. Badgett holds a BS in Electrical Engineering from University of Tennessee and an MS in Space Systems from the Air Force Institute of Technology.