Mr. Collar joined O3b as CEO in February 2011. He joined from SES, where he served as SVP of Business and Market Development for SES WORLD SKIES and was charged with expanding the satellite and service portfolio, including the design of new spacecraft and products. He oversaw the company’s long-range strategic planning activities, M&A, global development activities and was instrumental in SES’ investment in O3b Networks. Steve originally joined satellite start-up New Skies Satellites (now SES WORLD SKIES) in 1999, where he designed their early satellites. He brings a wealth of experience in implementing and commercializing satellite networks from his tenure. Prior to New Skies Satellites, Mr. Collar worked at the satellite manufacturer Astrium for eight years in a variety of roles, including Payload Architect and Payload Program Manager.

SatMagazine (SM)
Would you please explain to our readers what your Company’s presence is within the Asia-Pacific satellite communications and ancillary markets? Why did you enter this market?

Steve Collar
Asia Pacific is a strategic market for O3b. We are working closely with the region’s mobile operators and Internet Service Providers to develop affordable Internet backbone connectivity solutions that will rely on our satellite constellation; we can deliver truly scalable capacity from the low Megabit to multiple Gigabits in any location within the region. 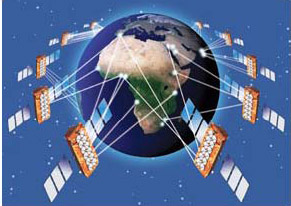 When you consider the fact that not all countries in the region have access to reliable terrestrial connectivity solutions, O3b’s advantages become obvious. For example, the average data rates per user in Indonesia is half that of users in Thailand. Our system was after all, built around a business problem; how to deliver ubiquitous affordable bandwidth anywhere across over 150 countries in all emerging markets. O3b’s technology will simply augment the fiber capacity mostly restricted to some of the wealthier countries, by continuing to provide fiber-like capacity beyond the practical and budget limitations of the less economically developed countries. Likewise, the mobile industry also presents a significant growth opportunity for O3b, as we will continue to launch more products aimed at serving 2G, 2.5G, 3G and BWA (Broadband Wireless Access) customers to increase the profitability of every mobile tower.

There are two reasons why O3b focuses on emerging and developing markets like Asia Pacific. The first is there’s a real desire for cost-effective services. And secondly, there’s an ethical imperative to bring those people into the economic opportunities that are currently enjoyed by the developed world and are not available to the emerging markets of the world.

SM
Are you focused on any particular segments, due to their growth potential? (i.e., launch, manufacturing, teleport, security, MilSatCom, imagery, satellite broadcast, and others.) What market segments do you believe are the most promising for your company?

Steve Collar
The market segments we are focused on are telecom operators and ISPs, mobile network operators, satellite service providers, Enterprise customers in verticals such as Oil & Gas or Maritime and MilSatCom. For the Telcos, we offer IP Trunking and Fiber Resiliency and for the Mobile Network Operators, we offer Mobile Backhaul solutions.

SM
What are some of the challenges in delivering quality communications services to the region? How do you intend to address these challenges?

Steve Collar
Cost and quality remain the major barriers in delivering quality communications to Asia Pacific. The way that the digital economy arrived in countries like Hong Kong and Japan is that telecommunications companies dug up the whole country and put in very expensive fiber optic cables, which were in turn connected back to submarine cables for further connectivity into the Internet backbone. That is not a cost-effective solution for most parts of the Asia Pacific region. So the only way that those countries are going to be able to access the Internet and the global economy, within a reasonable and competitive timeframe is via satellite-based services. While satellites are generally easy to deploy, most satellites of today are geosynchronous satellites, which are far away from Earth and had too limited capacity to be able to provide similar services to those fiber optic networks. Our network will provide fiber-optic-like capacity at low cost for those countries that need it the most.

SM
What do you see as the challenges to surmount?

Steve Collar
We don’t envision having to deal with any challenges that other satellite operators before us have had to deal with, in the past. This is why we choose to partner with licensed local service providers and systems integrators who know the markets and its challenges and have successful track records of overcoming them.

SM
How do you rate the Asia-Pacific market as far as its viability for income generation and growth over the next year or two?

Steve Collar
I believe there is a lot of potential in the region, even beyond the more developed countries. Internet adoption continues to be high across the region, and we are all aware of the positive impact of Internet adoption on economies. Social media is a high growth area with countries such as Indonesia having some of the highest number of Facebook and Twitter accounts, followed closely by the Philippines. These countries are committed to building a solid foundation for telecom infrastructure by building terrestrial networks. However, despite the advancement of the infrastructure in the densely populated urban centers, majority of the population still live in rural areas. The ability to connect them increases the economic potential of the entire region.

SM
What is unique about your technology?

SM
How do you believe the Asia-Pacific market will impact global, as well as your Company’s, business opportunities?

Steve Collar
Improved connectivity in Asia Pacific will lead to productivity, business, high quality education, healthcare, entertainment, global awareness and general quality of life in the region. As more people gain access to information, they become more self-sufficient, which has a positive impact on the global economy. This is one of our objectives as O3b. To assist communities to become more productive, by increasing their access to information, thereby leveling the playing field between them and their peers in more developed markets. 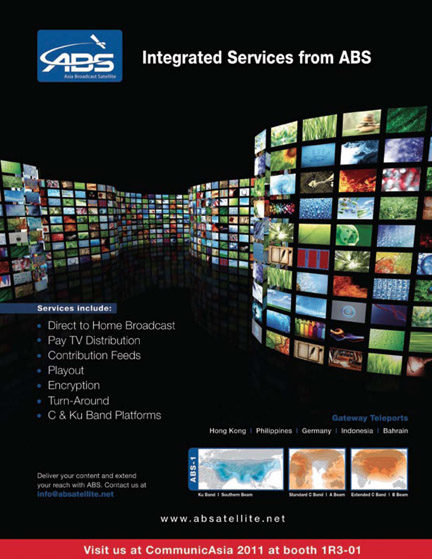