Streaming services are revolutionizing how we watch TV and consume content. Long gone are the days where people had to wait a week for their favorite TV show to air.

Whether its Amazon Prime Video, Disney TV or Netflix, online streaming service subscriptions are expected to grow to 1.1 billion by 2021. In some parts of the world, OTT has already overtaken traditional pay TV – highlighting a major shift in viewing habits. 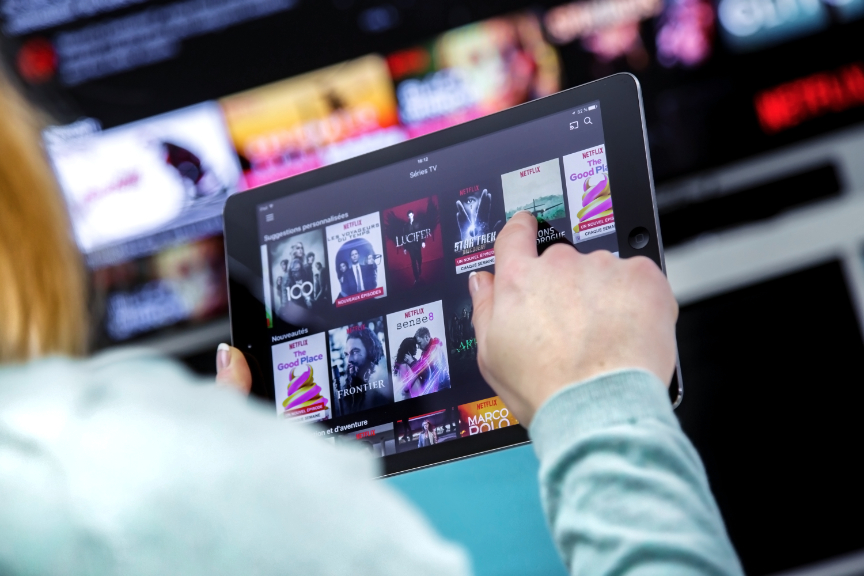 There is no doubt that the future of video delivery is OTT. However, successful delivery of OTT can still prove problematic, and, if consumers don’t get what they want, they will go elsewhere. The shift from traditional viewing habits is evident — the big question is, how do service providers keep pace with a rapidly evolving landscape and most importantly, how do they satisfy this growing demand? If service providers are to deliver on the promise of OTT, they must also evolve and look beyond traditional methods of connectivity.

Fast forward to 2020 and OTT services are quickly being established as the future of how we consume television, film and other media, whether at home or on-the-go. Today, non-broadcast content, provided by streaming giants like Amazon and Netflix, has rapidly become the first choice ahead of alternative broadcast content for many – posing a significant threat to the long-established cable TV industry. In the UK, streaming services have in fact taken over traditional pay TV services, according to Ofcom. With countries across the globe also following suit, it is widely expected that OTT viewership will replace traditional TV globally within a matter of years.

As the hours of content being streamed rises exponentially, so too does the number of connected devices the content is being watched on. According to the 2019 Customer OTT Report, the average OTT customer owns three devices on which they stream OTT content. In addition to being able to stream their content on a range of devices, consumers expect to receive their content on-demand: at any time, at any location and with uninterrupted playback.

To keep pace with this rising demand for content, it’s crucial that service providers are able to deliver it both seamlessly and cost-effectively. Providing the connectivity for streaming services, especially for live content such as sports and news coverage — which are both huge potential growth areas — to a wide audience doesn’t come without its challenges. For instance, facilitating the required amount of bandwidth must be done efficiently and, equally, sound traffic management and minimalization is crucial to ensure unblemished streaming.

A Solution in Satellite
With so many factors to consider, it’s no surprise that service providers are under increasing pressure when it comes to choosing the right connectivity technology for their networks. One technology which is often overlooked when it comes to delivering OTT services is satellite. While it may not be considered a ‘mainstream’ technology for providing OTT, the benefits of satellite are evident.

Regardless of whether its traditional or OTT services, satellite’s ability to multicast is unrivalled and it is integral to successful content distribution. This is just one advantage of satellite transmission in terms of its capability, with other benefits including:

> Satellite delivers content efficiently over a vast geographical area > It can be cost-effectively scaled to a growing population of receivers > It addresses increasing resolutions and bitrates of content > It can be easily scaled to address more content > It is available to remote sites when no other communication path is possible > It can be used to offload congested terrestrial backbones.

Satellite’s Role
Where does satellite fit into this? And how can it deliver high-quality OTT content? Historically, satellite wasn’t considered as a compatible option for OTT services. Today, broadcasters are tasked with meeting the demands of their viewers and sharing important real-time events with the best image quality, low delay and buffering to a global audience over the internet, no matter where the event is taking place.

Growing traffic when broadcasting popular content – especially live – to a wide audience using a multitude of devices also presents another challenge for both broadcasters and service providers.

Satellite has the ability to overcome this problem, by feeding the Content Distribution Network (CDN). It can use the CDN — which stores multiple copies of the same content as close as necessary to the consumer — to significantly reduce distribution backbone traffic and ensure efficient use of bandwidth. By distributing content spatially relative to end-users, the CDN achieves high performance and availability – such as minimized start latency and buffering – providing the customer with optimal viewing means.

By converting as much unicast transmission as possible to multicast transmission, this avoids sending multiple copies of the same content across the network - saving a huge amount of bandwidth. Regardless of whether the receiving device is a professional receiver, for reception at cellular towers (3G/4G/5G) or ATSC 3.0 towers, or Customer Premises Equipment (CPE) used in the home or at a business, they can both be equipped to receive multicast traffic and host a CDN.

Satellite Vs Traditional Connectivity
Unlike satellite, HTTP streaming in unicast doesn’t allow scaling of the distribution backbone. As a result, network traffic is at risk of being overloading, leaving service providers without the sufficient bandwidth to support streaming services. Compared to other technologies, satellite transmission is the ideal solution for keeping costs under control, which is a great challenge for operators and service providers.

Another challenge for the broadcast sector is to streamline operations and differentiate from competitors on Quality of Service (QoS) and Quality of Experience (QoE). However, QoE is not yet on par with traditionally delivered pay TV and last mile connectivity limits may not be enough for concurrent HD or UHD viewing.

Reinforcing satellite’s role as an enabler of OTT delivery, ST Engineering iDirect teamed up with DVB at IBC 2019 to demonstrate the future of universal OTT television services. Using ST Engineering iDirect’s Newtec MCX7000 Multi-Carrier Satellite Gateway (see image below) as a receiver, DVB showcased its ‘single hybrid offering’ known as DVB-I, which is is an ongoing initiative to develop technical standards for delivering television services over IP.

The Future Looks Bright with Satellite
Until now, satellite has been overlooked as an enabler of OTT services, but its synonymity with broadcast and its capability to deliver high-quality, reliable transmissions anywhere makes it an ideal solution to enable universal OTT television services.

While satellite may not be the most obvious technology of choice for OTT delivery, it’s unique ability to distribute high-quality content to Customer Premises Equipment, support CDNs and offload congested terrestrial backbones for live content cannot be ignored. Furthermore, satellite is constantly developing, making it the perfect solution to provide streaming services and ultimately, satisfy the demands of the OTT world.
www.idirect.net

The author, Hans Massart, is the Head of Media and Broadcast for ST Engineering iDirect