People in developing nations pay, on average, a full month’s wages for broadband—compare that with just 1.5 percent of monthly income in developing countries. That is one reason that only 40 percent of the world’s people are online. 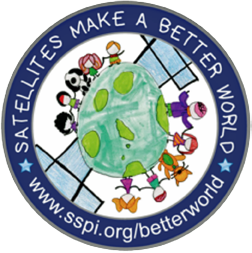 This lack of connectivity translates, in ways large and small, into lack of progress. For every 10 percent increase in broadband penetration, the OECD has documented a 0.9 to 1.5 percent increase in the growth of gross domestic product (GDP). Repeat that kind of additional growth year after year, and the impact on standards of living can be stunning. According to McKinsey, if the Internet were an industrial sector, it would already be bigger than agriculture or energy.

This Is A Broadband Economy
How does broadband lead to higher growth?

Broadband makes business, institutions and government more productive—meaning they can do more with the same resources because of the knowledge, interchange and transactions that broadband makes possible.

Stephen Ondieki lives in Africa’s second-largest slum, Kibera in Kenya. Most residents earn less than US$1 per day but Stephen, who runs a computer repair business with broadband connectivity, earns an average of $8 per day.

He acquired his skills through the Cisco Networking Academy and uses them to give back to his community by turning his shop into a hangout for youth, whom he mentors and trains in IT and networking. “They see me overcoming the same challenges they face,” he said, “and they’re motivated to try to make some changes themselves.” 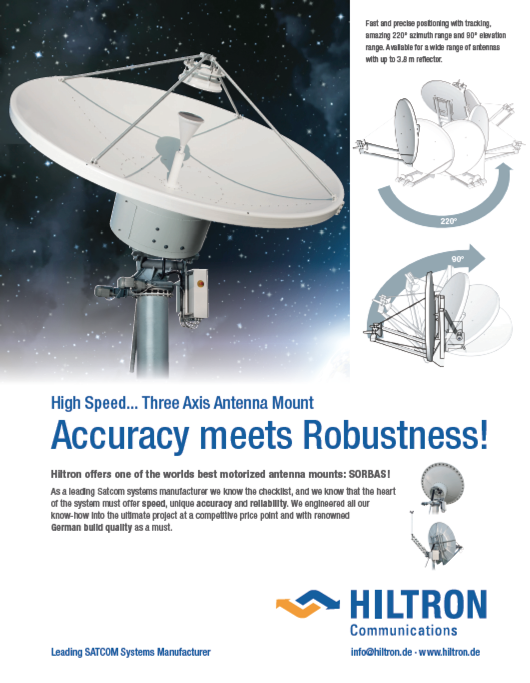 Broadband also enables people to become more productive by equipping them with knowledge and skills. Nowhere is this more dramatically illustrated than in school. Students and teachers using broadband have access to the near-infinite information resources of the web, from Kahn Academy mathematics lessons to online history lessons and current world news.

In countries with well-developed communications infrastructure, that is just a matter of budgeting money to buy services and technology. In most developing nations, however, this is a matter of creating infrastructure reaching tens of thousands of individual locations. From Africa and Asia to Latin America, that is a job for satellite.

A Job For Satellite
In Peru, the Israeli network technology company Gilat is connecting 42,000 rural schools via satellite for the Ministry of Education to provide Internet access, video collaboration and conferencing, IP television and voice over IP. The Ministry is contributing Internet-ready content for use in classes.

Delivering this content calls for high-powered but low-cost technology in each school to make the most efficient use of satellite spectrum. In Brazil, Gilat is extending Internet access via C- and Ku-band satellite to thousands of rural schools and municipalities using 500 Mbps of satellite capacity.

In India, Hughes Network Systems helps to connect the Edusat Network, a government-based project funded by the Indian Space Research Organization (ISRO) and the Ministry of Human Resource Development.

In each of 14 states, the government has established a hub that connects to state-run schools and colleges, which are growing at a rate of 4,000 to 5,000 sites per year. In the state of Punjab alone, Hughes connects 2,960 educational institutions to deliver general education and vocational training.

In Thailand, 90 percent of the population lives in rural areas, where most communities subsist through farming, fishing and tourism. Connecting them to opportunity is the mission of Sat-Ed Systems.

The company relies on satellite to provide Education on Demand—IPTV and web distance learning services to schools—and Rooms for Life, a network of community centers, where adults can gain digital literacy and skills training. Using a simple remote control, teachers and students can navigate through video, tutorial and test content. 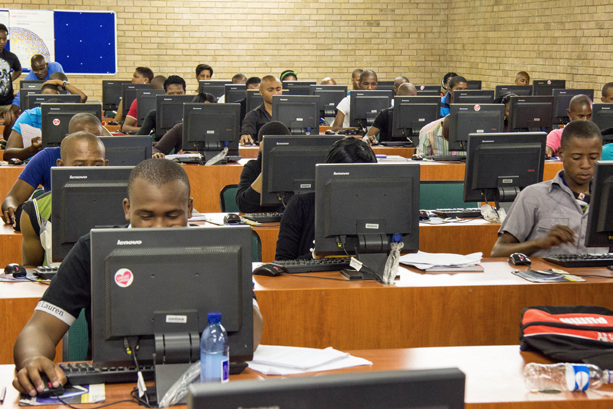 Photo is courtesy of Project Network (ASPnet) and BizTechAfrica.

Instead of spending their time standing in front of the class and talking, teachers are now giving project-based assignments and directing students to master educational materials online. “I want to change the paradigm of how education delivers instruction,” says one English teacher, “and I believe this is the technology to do it.”

There are predictions that, as optical fiber submarine cables connect more and more developing nations to the Internet, they will replace the satellite links that are driving educational progress. That ignores the enormous challenge of getting terrestrial connections from coastal cable landing stations into the interior.

In 2012, some 518 million people in sub-Saharan Africa lived beyond a 250 km range of a terrestrial fiber network. That is greater than the population of the European Union.

For years to come, the 60 percent of the world’s citizens who have yet to go online will be looking to the skies for help as they strive to claim their share of global economic growth.

Editor’s note:
This article was produced for Satnews’ SatMagazine by the Society of Satellite Professionals International (SSPI). More stories and videos are available at... bettersatelliteworld.com.
www.sspi.org