Andrew is the President and CEO of GE-Satellite. He has more than 20 years of experience in the management and development of new markets and products throughout Asia. He graduated from the School of Oriental & African Studies in London and started his career in sales, progressing into executive management roles in media and satellite businesses in Asia. Former roles include: Marketing General Manager (AsiaSat), Senior VP (PanAmSat) and Executive Director (Measat). Before joining GE-Satellite Andrew founded Loft Communications, as Managing Director, providing consultancy services to the Satellite, Television and Telecommunications industries.

SatMagazine (SM)
Would you please explain to our readers what your Company’s presence is within the Asia-Pacific satellite communications and ancillary markets? 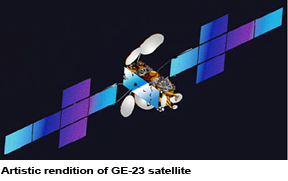 Andrew Jordan
GE - Satellite, the only U.S. based operator to provide international fixed satellite services, offers capacity on the GE-23 satellite. GE-23 is positioned at 172E, directly over the region with broad C-band coverage as well as unique Ku-band coverage.  The Ku- array serves the entire pacific with interconnected spot beams from L.A. to Beijing and Alaska to Perth.

SM
Are you focused on any particular segments, due to their growth potential? (i.e., launch, manufacturing, teleport, security, milsatcom, imagery, satellite broadcast, and others) What market segments do you believe are the most promising for your Company?

Andrew Jordan
U.S. Government: Increased use of Netcentric and Communications on the Move (COTM) applications have driven demand, at a time when cancellations or delays of Government-owned satellites have resulted in more overall reliance on commercial satellite providers. We expect continued demand for our unique services supporting remote operations, maritime and Aeronautical applications in key Asian theaters of operation across the POR. 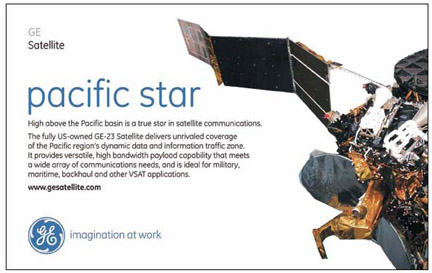 Cellular Backhaul (Telecommunications): The expansion of mobile phone usage in developing nations continues to generate demand.  Satellite’s ability to provide ‘instant’ infrastructure resulted in strong growth in this application area. Among regions seeing significant expansion of cellular services, Indonesia emerged as an important market for GE - Satellite.  We expect competition from fiber is at least five years away and unlikely to replace satellite totally in more geographically challenging markets. In addition, we expect continued growth in VSAT applications in capacity constrained areas such as Australia, Russia and underserved areas in the Pacific rim

SM
The challenges are numerous for entry into, and for business sustainment within, this area of the world. What do you see as among the most formidable challenges to surmount?

Andrew Jordan
Challenges for new entrants into this market would include orbital slot and spectrum availability, as well as funding the considerable investment needed to build and launch a satellite. Plus, as demand continues to increase at a rapid pace, the biggest challenge is to find ways to make efficient use of available capacity.

SM
Given the state of the global economy, how do you rate the Asia-Pacific market as far as its viability for income generation and growth over the next year or two?

Andrew Jordan
Looking ahead, we expect to see continued growth in 2011 and beyond. 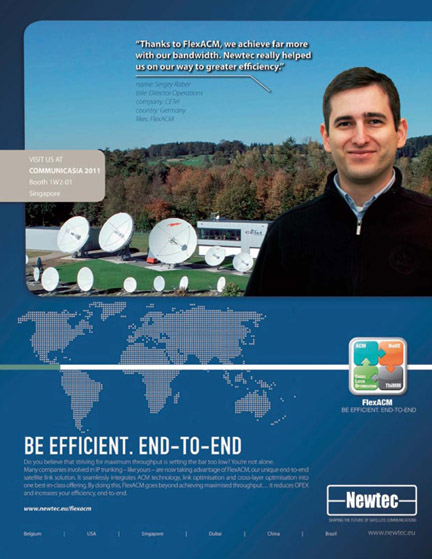