The buzz in the commercial satellite industry over the past five to ten years has been about those who could design and build the highest capacity satellites, those who could launch the heaviest payloads into space and, of course, those who could operate these satellite systems with the best business proposition to their users. 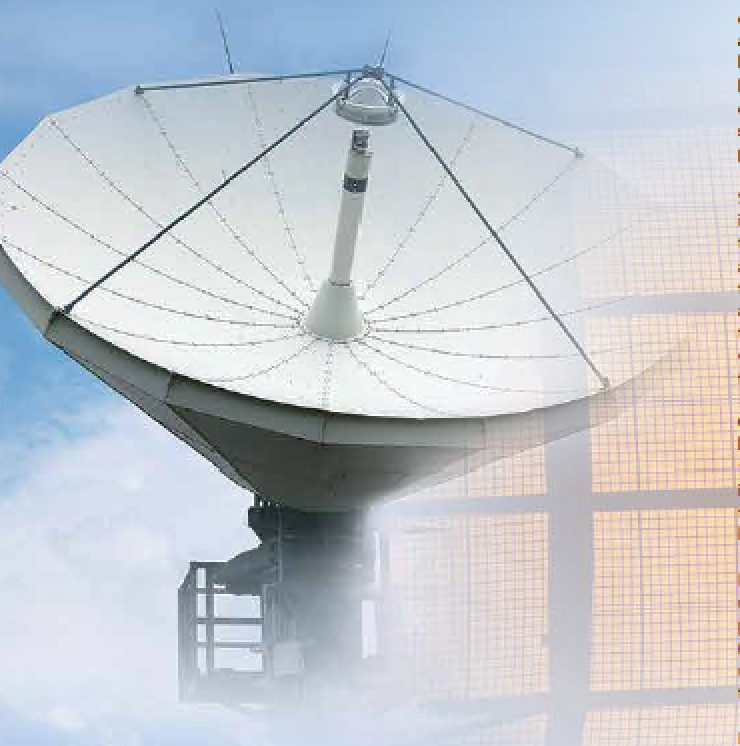 Somewhat less glamorous, but still key, ingredients in any satellite system are the traffic gateways and the Telemetry, Tracking, and Control (TT&C) stations at hundreds of teleports around the world, whose robustness and technological advances have enabled these innovative satellite systems to move over one Terabit per second (1 Tbps) of data around the globe.

Over the past 20 years, the satellite industry has witnessed the evolution of what is called a “teleport.” Even though this name is sometimes interchangeable with the term “gateway,” the teleport still remains arguably the most important link of any satellite communications network.

Long gone are the days when teleports were used as video broadcast facilities for TV program contribution or for long distance (overseas) telephony circuits and IDR data links using 32 meter “Standard A” stations around the world.

Basically, the historical scenario was quite simple: satellites were launched into fixed GEO locations and the teleport antennas were pointed and fixed on the satellites until their 10 to 15 year lifespan expired. 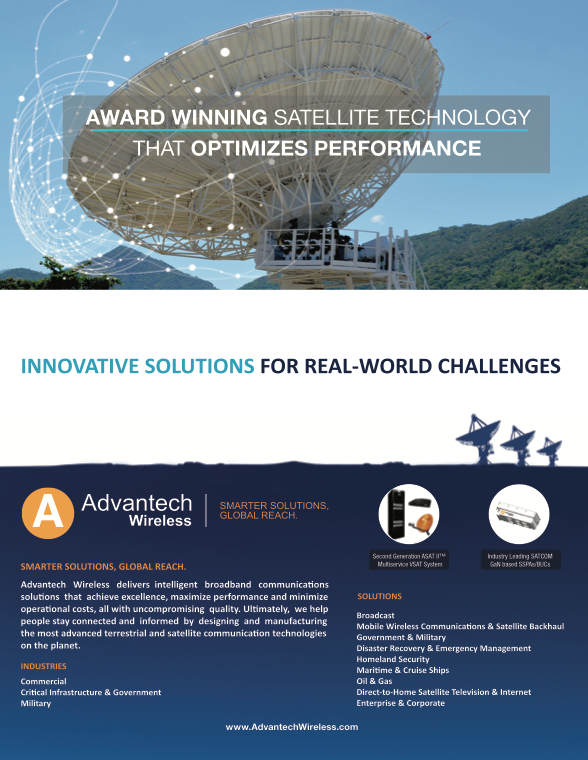 Today, teleports are far more nimble and many times more capable than those in existence even 10 years ago. Granted, from a teleport standpoint we have not quite seen the Moore’s Law type of effect as experienced in consumer electronics, but the industry has come a long way in regard to the capabilities of today’s teleports, as well as the teleports that are being built for the future.

For example, the teleports that support the second generation of HTS satellites in orbit today are, in many cases, using antennas half the size of the previous generation, and those antennas carry more than twice the traffic in a single station.

Just over 30 years ago, the entire global satellite industry supported only 100,000 equivalent voice circuits at maximum capacity — about a fraction of the traffic that goes through a single HTS gateway today.

Teleports have changed dramatically over the years because the ecosystem in which they exist has changed. The early pioneers of commercial LEO/MEO satellite services in the late 1990s showed the world that it was technologically feasible to build a cellular-like architecture using satellites, where the so-called “base stations” were geographically dispersed “gateways” that tracked satellites moving at inordinate speeds in Low Earth Orbit (LEO), while providing seamless handoffs between teleport gateway assets and the satellites in orbit.

Today’s satellites are far more powerful and are operating at higher and higher frequency bands to keep up with the rising demand for bandwidth. Satellites and the teleports that support them have become increasingly about “data” and less about “video.”

Thanks to IP networking technologies, satellites and gateways are now another IP port in a larger telecom network architecture. Additionally, the emergence of OTT is also creating another paradigm shift, as content providers move up the food chain.

With all of the advancements on the ground and in the sky, there are a few constants that remain the same: satellite service providers still expect teleport operators to offer antennas that provide superior pointing and tracking of their satellites without any noticeable reflector distortions due to thermal environmental effects, regardless of how fast they move, what frequency they operate at or the prevailing environmental conditions. 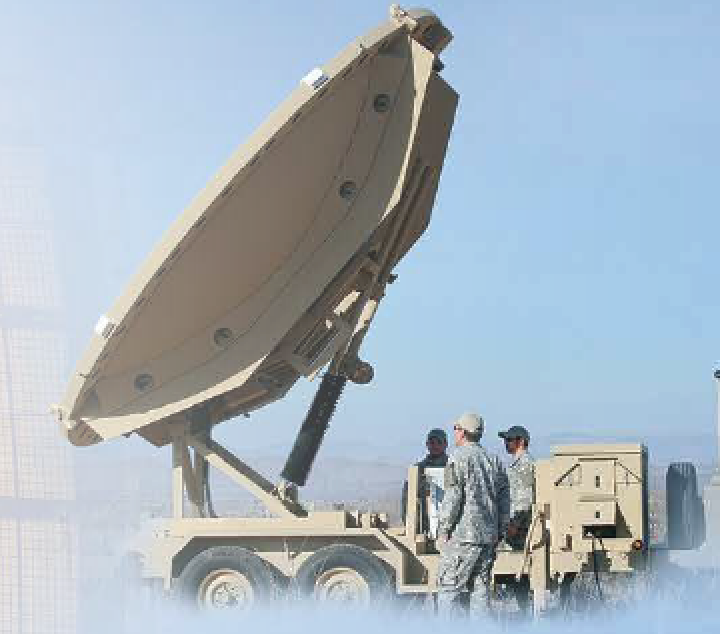 Recognizing the importance of the challenges facing teleports, the Antenna Systems Division of Communications & Power Industries (CPI) is leading the industry with several unique technologies that are imperative for the teleport of the future.

The importance of Thermal Distortion Mitigation cannot be overstated. To combat this problem, CPI Antenna Systems Division (ASD) offers systems that provide a complete CTE (coefficient of thermal expansion) matched antenna structure which is all aluminum. This allows the critical antenna structure to move together over temperature, rather than stressing dissimilar interface points. 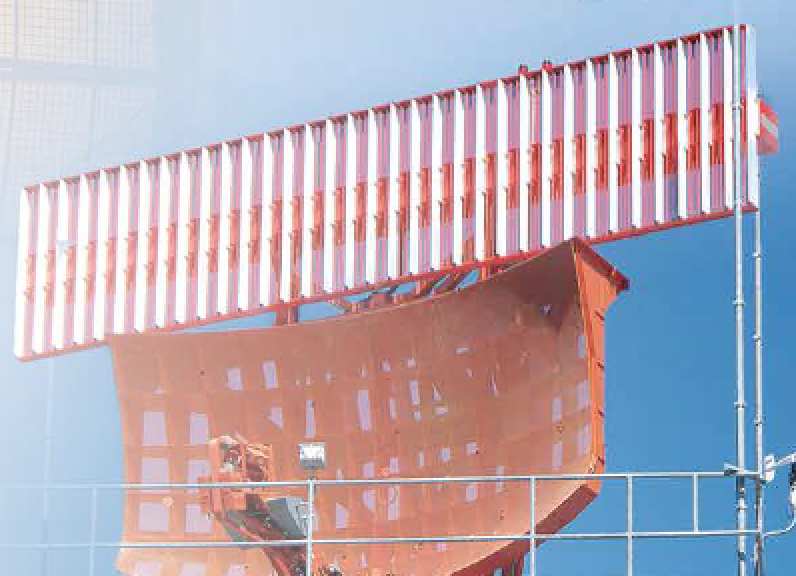 Comparatively, in hybrid constructions, the rate of temperature change between steel and aluminum is dramatically different and produces a dynamic (as opposed to static or steady state) structural buckling component as well.

CPI ASD is also able to mitigate symmetrical structural growth from ambient temperature change or de-ice operation. To achieve this, the antenna sub-reflector z-axis is adaptively re-focused by the antenna controller to provide superior gain stability in the uplink and downlink bands over all climatic conditions.

CPI Antenna Systems Division recognizes that the teleport operator of the future demands systems that are scalable and reliable, with the ability to support LEO, MEO, and GEO applications, while catering to HTS requirements at Ka-band frequencies and higher. New and legacy satellite operators are relying on CPI ASD to design and manufacture satellite gateways and TT&C antennas to support their systems. By combining the technologies of its legacy ASC Signal and Malibu product lines, combined with the newly acquired product line of Viasat limited motion antennas, CPI ASD offers a broad portfolio of truly leading-edge products for the teleport of the future. 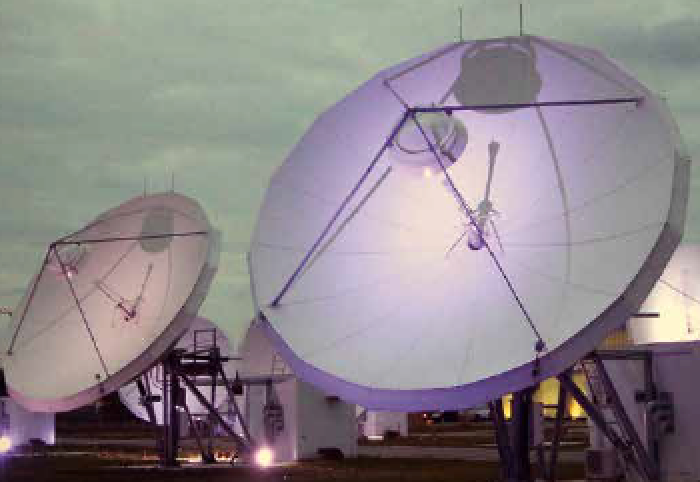 With the emergence of Ka-band, and now Q/V-band systems for HTS, pointing and tracking accuracies are critical. CPI ASD’s high-performance technologies include its patented Sub-reflector Tracking (SRT) technology that works in concert with its Monopulse system architecture. When equipped with the company’s world-class dual-channel beacon receiver, these systems provide the best-in-class tracking and pointing accuracy, with results of less than 0.004 degrees RMS beam radial error. This combination of SRT and mount positioning system provide the only inherently redundancy and ultra-precise antenna drive system on the market today; the ultimate
solution for pointing accuracy and reliability.

The expectation is that the teleport of the future will continue to evolve and at an even faster pace than has been witnessed over the past 10 to 20 years.

Teleports are expected to become more autonomous and flexible in their ability to support complex satellite systems and terrestrial networks that are integral to their operation. Mobility demands will continue to push the envelope in teleport technologies.

Perhaps the teleports of the future will never attract the buzz of the industry; however, in their own quiet way, they will undoubtedly keep humming along to keep those thousands of satellites in place, while moving terabytes of data that the world can no longer live without.
www.cpii.com/division.cfm/13 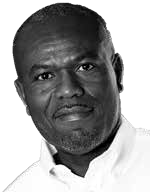 Andre Jones joined the Antenna Systems Division (ASD) of Communications & Power Industries (CPI) as the vice president of business development in March 2018. Mr. Jones has more than 25 years of experience in satellite communications technology and services, having previously held senior roles at Viasat Inc., General Dynamics Corporation and Globalstar. Mr. Jones holds bachelor’s and master’s degrees in electrical engineering, an MS/MBA in technology management, and air traffic control certifications. In his current role, Mr. Jones is responsible for CPI ASD’s business development and marketing initiatives across satellite, radar, high-frequency, data link and telemetry products.  He can be reached at andre.jones@cpii.com.