Kirill Makhnovskiy graduated from Moscow Technical University of Informatics and Communications, majoring in “Communication networks and switching systems.”
From 2004 to 2006, he worked in Moscow Cellular Communications company as the chief specialist of department that interfaced with Russian regulating authorities. From 2006 to 2007, Kirill held the position of department head work with the nation’s regulating authorities in the Sky Link company.
From July, 2007 to June, 2008, he became the deputy CEO of the Telekominfoproyekt company. In 2008 – 2011 - the associate director on work with the state and regulating authorities in Telecom Express company.
Since 2011, Krill is the director of telecommunication projects in the Orion Group of companies and in October of 2014, was named the CEO of group of the Orion companies.

Good day, Mr. Makhnovskiy. Thanks for taking the time to “chat” with our readers. First, would you please tell us about your role with Orion, and how you initially became interested in the communications industry, and then what led you to join Orion. 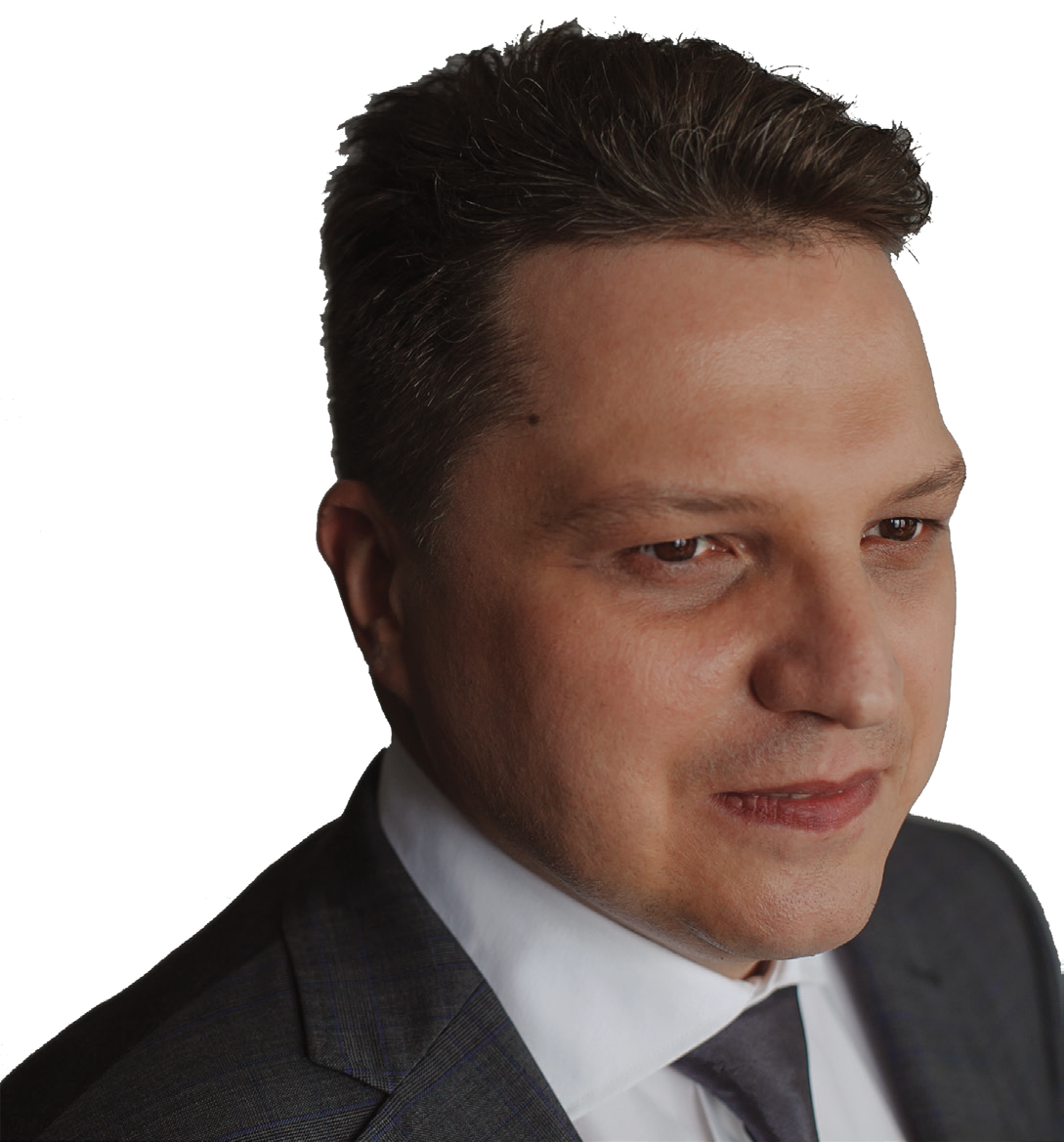 Kirill Makhnovskiy (KM)
The communications industry has always been a matter of interest for me. And I got my main education just to work in this area. I graduated from the University of Communications and Informatics, the key related Higher Education Institution in Russia. I worked in several companies specializing in cell phone communications, then in a company engaged in the development and integration of technical solutions for telecommunications enterprises. Thus, by the time I joined to Orion, I had already had quite wide relevant experience. Initially, I was hired for the position of the New Business Areas’ Development Director — two years later, the shareholders asked me to lead the company.
As a provider of content, how important is the satellite segment of your business, especially as Over-The-Top (OTT) and streaming are now so popular with viewers across the globe?
KM
In Russia, the concept of a classic satellite operator is practically absent, in the sense in which it is commonly understood in most countries of the world. This is due primarily to the fact that ARPU in the country is extremely low, and it is unprofitable to be a classic DTH operator.
Therefore, some time ago, Orion set a course to diversify its business: Along with B2C, we have actively developed (and retain) services for broadcasters and television channels.
In the company’s product portfolio today, B2C services (DTH) are 69 percent of the company’s work in providing services for broadcasters. The uplink, production and ground delivery of TV channels is 26 percent of the company’s efforts. The distribution of TV channels is 5 percent of the company’s operation.
Direct-To-Home (DTH) has been and remains the core competence of Orion. Under the brand of Telekarta (the firm’s satellite television operation), Orion provides services to more than three million subscribers throughout Russia.
During almost 15 years of its existence, the company has grown into a global media platform, mainly due to the B2B segment. Today, both to Russian and foreign broadcasters, we provide the most comprehensive range of services in the domestic market. We uplink and place TV channels on our platform, provide services for pre-broadcast preparation (play out), signal delivery via satellite to the final subscriber, as well as distribution in the networks of more than 400 cable operators.
Our work is built on the principle of one window, which is especially convenient for foreign majors. They do not need to look for various service departments as they can simply contact us and we will formulate the best offer for them — from legal support, assistance in obtaining licenses, and ending with the distribution of TV channels in the networks of cable operators.
One of the successful examples is our cooperation with SPI International. Orion is the official distributor of the company within the territory of the Russian Federation. Two months after the start of cooperation with Orion, SPI channels were included in the satellite TV packages of Telekarta and were actively distributed in the network of cable operators. Several companies have attempted to enter the Russian market on their own on many occasions, but they encountered the specifics of Russian legislation and that did not allow them to move on.
As for competition with OTT services and streaming video, one should not forget that the territory of Russia is extremely large. We still have many small settlements that do not have connection to high-speed broadband: the main source of the television signal here is still the satellite.
At the same time, we, of course, cannot help but feel the influence of OTT. We understand that this is a natural global development trend. That is why, since 2015, Orion has launched its own OTT project.
Through OTT services, we get Video on Demand (VoD), a more personalized television. But UHD, a huge set of channels that needs to be delivered to large areas, is only a satellite. This means that satellite television and OTT will develop hand in hand and will remain complementary services. With the skillful use of both resources, it is possible to achieve much greater success than by just concentrating efforts in a single direction.
What satellites does your company access to deliver services to customers? Are you concerned about the necessity for additional capacity, due to customer demand for services in Russia / CIS?
KM
On Intelsat 15 and Horizons 2 satellites, which are located at 85º E, we rent 15 transponders of 36 MHz and broadcast over 250 TV channels via them. On the satellite Express AM5, there are 3 transponders of 54 MHz and 2 transponders of 36 MHz, transmitting 157 TV channels via them.
All operators providing satellite resources at these points are ready to provide additional satellite capacity upon our request. Therefore, at any time we can use additional resources. Of course, we’re looking forward to the development of the television market in Russia and the emergence of new TV channels, which we are ready to accept on our platform, as well as provide them with a full range of pre-broadcast services. There are resources for this.
What is your satellite content delivery coverage area and what equipment do your customers need in order to receive your signals? Is that equipment supplied by the company or a third-party provider?
KM
The coverage of our satellite group includes the entire territory of the Russian Federation from Kaliningrad to Vladivostok, as well as the CIS countries. Our product line includes both extremely simple receivers and premium-class receivers with a return channel, the ability to enable OTT and additional services. In the production of equipment, Orion cooperates with small, proven developers as well as world-famous manufacturers. The company plays a direct role in the development, debugging and testing of new models of compatible devices, from CI modules and add-on units to TV sets with built-in DVB-S tuners. 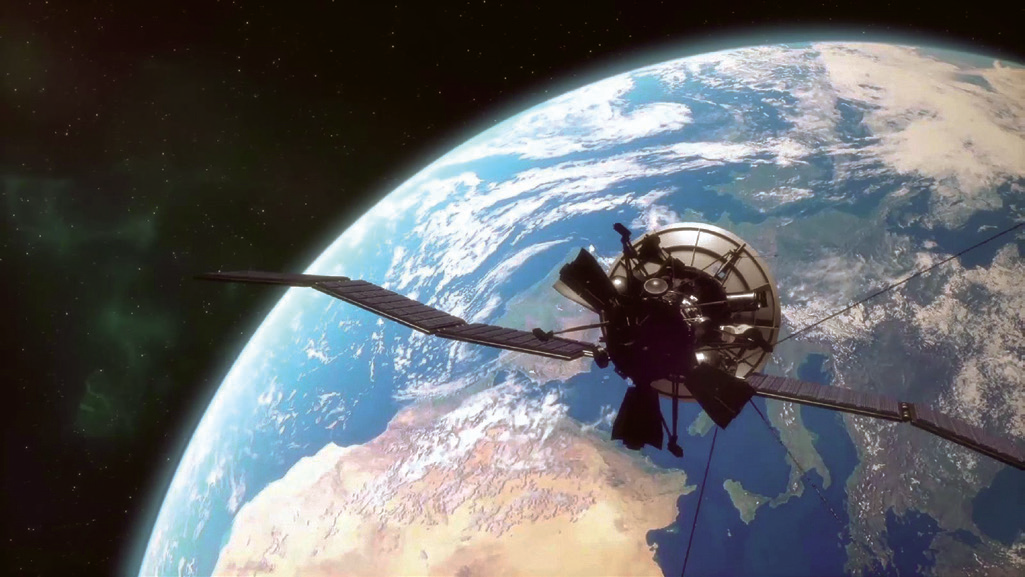 DTH technology in this area imposes certain restrictions, but the HBBTV standard we have successfully tested states that a large number of TV sets connected to the satellite also have internet connections. This, in turn, provides a field for development with the synergy of two environments — television and the internet. The same HBBTV makes it possible to realize the sale of additional services, the integration of direct advertising and direct sales on air. There is still a lot of work to accomplish for channel developers and broadcasters.

Lastly, what have been the most enjoyable projects for you as you look back upon your career, and what are your personal business goals for the next year or two?
KM
One of the most significant projects for me personally, and for the company itself, was the development of our satellite constellation was the project, thanks to which our satellite constellation was formed. It is associated with the moving of Intelsat Horizons 2 to 85 degrees to create the satellite platform Orion.
The legalization of this satellite in the Russian Federation required serious work, both from our side and from Intelsat, the main partner of Orion. Thanks to the efforts of both parties, we were able, in the shortest time possible, to organize the signing of an intergovernmental agreement and legalize the work of the satellite in the territory of the Russian Federation.
When we focused on business diversification, in 2013, we set ourselves the task of becoming the largest satellite platform in the Russian Federation and, over the years we have managed to achieve that goal.
A most recent example of a successful and significant project was the organization of TV signal broadcast in 8K format. Although not commercial, this project required the company to show imagination as well as ingenuity. It was necessary for us to ensure not only broadcasting through a conventional satellite transponder, but also shooting content in 8K format, preparing materials with encoding in the required format and receiving 8K signal for its display on the first serial 8K TV-set Samsung Q900R using minimal costs and in the shortest time. Here, to its credit, our technical team solved all these challenges in the shortest possible time in order for viewers in Russia to view the content for the first time in the 8K format.
As for plans for the near future, I want to see Orion as a multi-service company, providing services not only via satellite, but also by all other means, within the Russian Federation as well as in other countries. I believe no single TV project can successfully develop within the boundaries of a single country — television is always a multi-national business. I believe that television will contribute to the union of people, countries, and continents.
www.orion-express.ru