I am drawn to the word “holistically” as I start to compose this editorial on education. At its most basic, the word holistically means improving not just one part but the whole thing. Those of us in the space industry, government, education and, in fact, America, overall have this thing called STEM that needs improving—the whole thing. To the person on the street, a problem with STEM may sound a bit like a medical term, maybe a new super-virus. Yet, STEM it is not by any stretch of the imagination a virus; it does not seem to be reproducing at an alarming rate, spreading through schools or other public spaces due to close contact of people in enclosed environments. 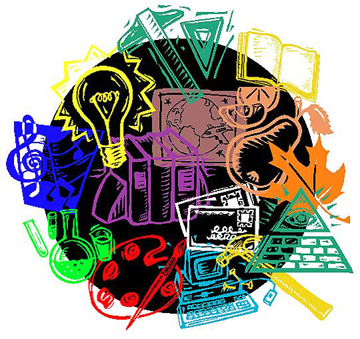 There seems to be no noticeable hue and cry in the media about it; bar a few exceptions, notably Dr. Neil deGrasse Tyson, the bestselling author, director of Hayden Planetarium and host of COSMOS, as well as Bill Nye the Science Guy®, CEO of The Planetary Society. Despite the lack of public knowledge and concern about it, though, this STEM problem could well prove to be the undoing of decades of U.S. leadership in research, discoveries, exploration and of America sitting in the commander’s seat—being the envy of the world when it comes to education, innovation and space.

To what does this term STEM refer? Simply the science, technology, engineering and mathematics disciplines. But you realized that, didn’t you?

Is STEM really a big deal? Well, if you are betting your economic future, your advances in medicine, discoveries of new technologies, being able to keep an eye in the sky on Earth for pending human disasters ranging from the spread of disease (there’s that virus again), to weather monitoring, then, yes, it is a big deal.

WILLlose the lead in the type of advances, discoveries and explorations for which it was so revered in the second half of the 20th century. Perhaps worst of all, generations of U.S. citizens will graduate from their formal education illiterate in these disciplines, not even able to appreciate the importance of them. These very same folks will be casting votes in future elections, with some also voting in their roles as lawmakers in Washington, D.C., thus institutionalizing and further exacerbating the problem.

Real Life Illustration
I recently interviewed an impressive young man. Right away, I was pleased to learn that he is a top high school student. He is interested in robotics, has a love for sports and not only excels in, but also has a real enthusiasm for his engineering classes. At the time of our meeting, he was actively researching which university to attend in the autumn. But wait; despite his aptitude for engineering, coupled with an interest in robotics, he was not researching these institutions’ undergraduate STEM programs. I wanted to find out why… 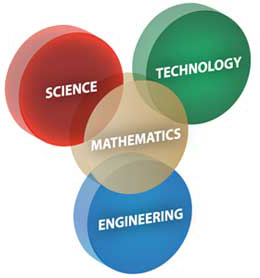 I’d like you to meet Kai. Kai has a weighted GPA of 4.24, and SAT scores of 740 in math and 710 in reading. He is taking more than a handful of advanced placement classes and is enrolled in the fourth year of the honors engineering program, Project Lead the Way® (PLW). Kai has already received two dean’s scholarships and two chancellor’s scholarships to higher education institutions. In fact, Fordham University is so keen to lure Kai to its campus, that the University is flying him to New York for a weekend to recruit him.

New York University could also be a potential port of call, along with interest from overseas institutions such as King’s College London and the universities of Manchester and Westminster, all in the U.K. Kai is obviously a desirable academic candidate, particularly with his high SAT scores and natural talent and abilities in engineering and mathematics. He has the option to pick and choose both his university and his course of study. Despite his STEM academic background, however, he is not interested in continuing a course of study in one of these disciplines at university. Why?

Kai’s View
Kai has very much enjoyed his experience with PLW, and was particularly complimentary about his teacher who runs the program. He did lament the fact, though, that his school was only recently able to offer a robotics club. He wondered that if he had an opportunity to join a robotics program early on and been exposed to more supplemental information about possible careers in the STEM fields (with up-to-date information about salary and benefits), maybe study in those fields might seem more appealing. Kai thought that exposure to STEM-related companies through summer internships, perhaps for a week or so even as early as his sophomore or junior years, may also have helped sway his decision to study a STEM field instead of what he is considering now, which is business and marketing. In fact, he was very appreciative that the father of one of his friends (who is an executive for Lockheed Martin) came to a number of PLW sessions to talk about careers related to space and STEM. Kai stressed that out of a group of 10 close friends in his cohort in PLW, three of them were considering studying one of the STEM fields at university. In Kai’s opinion, their decision was due mainly to parental influence.

My Own View
The missed opportunity of not exposing Kai and his friends to more of what STEM disciplines have to offer in his earliest years of high school has culminated in the loss of a promising young scholar, engineer, scientist or mathematician. I am not so delusional as to think that every student with a GPA of 3.5 or higher should go to university to study a STEM discipline. But have we not failed in some significant way if those high-achieving students with an obvious natural ability and interest in STEM are somehow lost through the cracks?

Often when these students don’t pursue STEM studies, teachers get the blame because it is perceived that they have not done their jobs correctly. But in this case at least—and I would submit that it is more often the case than not—the cause is much less obvious. I would argue that we should not blame educators, but come alongside them instead.

One way to meet this challenge is to support these capable STEM teachers’ efforts to stimulate and encourage their students by getting the latest tools, training, and information into the proper hands at the earliest possible stages. To equip schools with easily accessible, state-of-the-art engineering and robotics labs can allow students hands-on exposure and could thus engender lifelong excitement and enthusiasm. This, combined with the assurance that their interest can translate into direct and personal vocational benefits, may just be the winning combination needed to help drive the best and brightest students on a STEM-related trajectory.

Admittedly, Kai is the only person interviewed for this editorial and so not by any stretch of the imagination is this statistically representative. I would bet, though, that over the past years, many of us have met any number of talented young people similar to Kai. PLW and similar programs and initiatives are doing fantastic work and are justifiably supported by many corporate members and partnering organizations of the Space Foundation. To be sure, they ARE reaching out to students to get them enthused about STEM. But there is clearly more that needs to be done.

Steps Being Taken
Thanks to a recent grant from The Boeing Company, the Space Foundation has created a two-day educator professional development workshop to seed robotics programs in Colorado Springs so that after completing the training, 12 teachers will start robotics clubs at their respective schools. Participants receive two full NXT base kits, an educator resource add-on kit, Bluetooth and activity mats for their school to start these clubs.

Had Kai’s high school teacher had such an opportunity to attend one of these workshops and add this to the school’s PLW offering when Kai first entered high school, perhaps things may have turned out differently for this promising young man and his friends.

And what if the school counselors had a copy of The Space Report, the annual definitive overview of major global space developments? This valuable tool should be accessible to educators and students, especially at the university level, to provide a portrait of the space industry, particularly in terms of professional opportunities and outlooks. Its research and data is so accurate and reliable that it is used and quoted by elected officials in both state capitols and Washington, D.C. In the hands of Kai’s teachers and advisors, and if available to him and his friends, they would have been able to see how robust, diverse and fulfilling space-related careers can be.

A Call To Further Action
Of course, no student should be left behind, but this is not to say that EVERYONE should attend university. This illusion is simply wrong. If a young person has demonstrated an aptitude and interest to go on to higher education, then as much encouragement and provision should be made so that becomes a reality. Those students who make the grade for university entrance without requiring remedial work to enable this entrance, should most definitely be supported at any cost. It is these students with drive, dedication and ability that companies, organizations and civil space agencies should concentrate on resources to encourage pursuit of STEM higher learning.

I would like to conclude with these four action items for the Space Foundation and its corporate members and partnering organizations:

– We must get robotics into as many of the nation’s high schools as possible; inclusive of all neighborhoods, socioeconomic situations and average GPA of the student bodies. By doing so, teachers will have the tools to inspire, enable and propel every student to ensure that no budding engineer, scientist or even future voter is left behind.

– We must get the annual publication The Space Report into every high school, every academic and public library around the nation, as well as into every research institution. The value of a degree in one of the STEM disciplines will be proved, the value of a career in space clearly articulated and the undeniable benefits of space to an individual’s livelihood and that of the United States as a nation made plain to see.

– We must ensure that every high school has the opportunity to work together with high tech companies and space corporations to seriously consider exploring the concept of week-long career experience sessions for those students who have the potential (as a result of their grades and interests) to be accepted into a higher education institution to study a STEM field. And I am including schools located in rural areas of the country here as well.

– And finally, once we have together encouraged these students and they have selected a STEM major and entered university, we must nurture and mentor them through our support of National Space Grant activities, which should include at a minimum, the offer of internships, and opportunities to attend the annual National Space Symposium through the Space Foundation’s undergrad/grad career day program.

In and of themselves, these steps may not solve the full problem; but they are a start. I will be addressing other segments of the STEM education crisis in upcoming articles. Until then, this is my view from here…