TV distribution over satellite to date has been primarily a linear, one-way service. As with traditional broadcasting over terrestrial networks, the linear model was enough to keep viewers satisfied — until there was an alternative. Now that viewers have shown such a strong preference for interactivity in their media consumption habits, the writing is on the wall for providers of linear services. 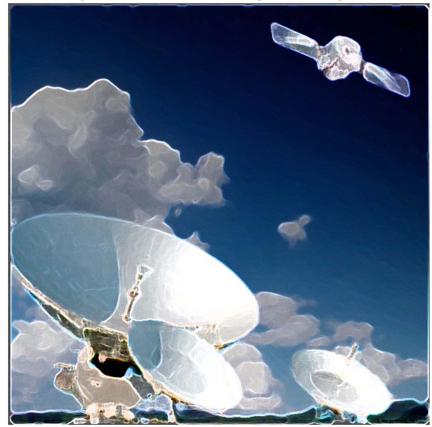 The rapid development of Netflix in the short time since its launch is the big wakeup call. Its growth has been astounding and it now accounts for as much as a third of all network traffic in the U.S. With streaming media services such as these rapidly gobbling up bandwidth on the web, and the research indicating that it does not take Netflix users long to switch the majority of their viewing time over to the service in preference to traditional media services, consumers are demonstrating that the market has moved on and media providers are scrambling to react.

Part of the success and rapid take up of Netflix is due to the high quality of the images. This means that, even over a relatively slow link, users can receive broadcast quality video. When you connect that quality with IP-everywhere distribution you have a huge shift in paradigm from transporting broadcast media over all the different network formats like DVB-T, satellite, and cable. The attractions of ‘any media, anywhere’, combining real-time and on-demand content supply, and occasional media or OTT services, and full access to the web, are compelling.

IP-over-satellite throws open most of the potential of two- way communication, making it possible to deliver real-time linear broadcasting, on-demand content and OTT services via satellite. The technology creates an opportunity for satellite providers to use their capacity to deliver a user experience that is comparable to what’s available via wired broadband.

National infrastructure projects in the Middle East and the launch of new satellites such as Egypt’s Nilesat 201 indicate the growth potential of satellite networks for remote areas, widely-dispersed communities, or even urban areas that lack a developed cable infrastructure. In locations such as these, the digital access gap is already large and growing, and while in the remote areas there is no possibility of creating a cost-effective cable infrastructure, there is still vast potential in more populous urban areas where cables may eventually be laid: Here, the satellite providers have the ability to jump the gun and deliver comparable services now, rather than wait years for the cables to be laid and meanwhile risk falling farther behind. 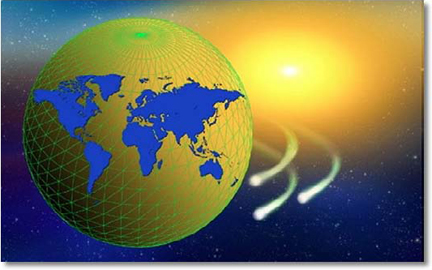 Governments are keen to ensure that their populations do not miss out or become polarized between connected and unconnected communities. The priority for them is to ensure widespread access both to digital media and to the Internet. For those countries with significant proportions of the population in rural areas, it’s important to ensure those communities have access, to encourage the development of connected businesses as well as the sense of social connectedness.

It’s not just in the ‘developing’ countries that the potential lies for satellite providers: Many European nations have large areas of relatively inaccessible terrain where cable infrastructure is lacking. The mountainous regions of countries such as Greece and the interior of Spain are both benefitting from government-sponsored IP-over satellite programs aimed at bringing remote communities into the connected world.

The other great IP-over satellite growth area is the mobile market, both consumer and professional. Sectors of industry such as mining and exploration, renewable power generation, and transport all require, as any business does today, to be connected to the net, and when employees are in remote locations access to entertainment is increasingly seen as a requirement rather than a luxury. The mobile hospitality industry, too, is under pressure to match the facilities its customers enjoy at home, giving cruise and airline passengers more of a connected and interactive experience.

About the author
Simen K. Frostad is the Chairman of Bridge Technologies.

Mobile Satellite Services (MSS) is a sector with tremendous growth potential, and this is reflected in market data that shows the sector emerging from the recession faster than the rest of the satellite market, according to NSR (www.nsr.com). Providers in the sector have taken their lead from consumers and are racing to deliver the killer app — data. The global MSS market is expected to grow to $10.2 billion in 2020, more than doubling from its current volume. MSS operators have grown more than 8 percent in the past year while FSS VSAT operators have seen their share of the satellite mobility revenues top the 20 percent mark. MSS targets include the maritime market, where both industrial and leisure shipping needs Internet access and media services. The airlines, outdoor consumer and professional markets are the other main growth areas, in addition to the base of military and governmental users.

Reaching remote and dispersed audiences via satellite is one challenge, but providing the right quality of service is another thing altogether. What happens for example, when a cruise ship in mid-ocean reports a service-affecting problem with its Internet access and media service? Or when an oasis village in the Egyptian desert experiences loss of audio? Engineers can hardly pay a timely visit to the subscriber to resolve the problem, and the potential cost of maintaining service quality to remote communities is a serious obstacle to the growth of the sector. 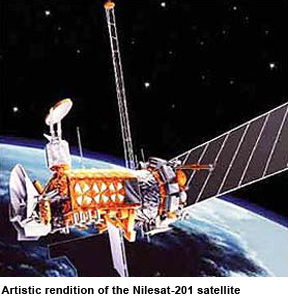 There is now a technological solution for this too, in the form of Bridge Technologies’ microVB, a miniature monitoring probe that can be user-installed at the set top box and that allows operators to remotely gather complete 24/7 information on the all data streams at the set top box. This gives operators the ability to analyze every packet passing through the STB and gives a better view into every factor influencing service quality than the traditional site visit by an engineer. The ability to remotely diagnose any service-affecting problem in the subscriber’s home network — when that may be hundreds or even thousands of miles from the provider’s nearest base — means that maintenance can be cost-effective and problems can be resolved quickly. Zero-touch installation, network self-registration, and non-intrusive operation make the microVB the first viable solution for monitoring at the STB, and helps deliver end-to-end monitoring as a practical reality. All data on parameters such as packet loss and jitter statistics are gathered with one-second granularity, using standards-based protocols, and when the data is correlated with information from other probes in the delivery chain it offers operators complete trail for fault tracking. The live data can be analyzed at any remote location, allowing the operator to see exactly what the viewer sees, and enabling alternative forms of analysis, capture and store, and other uses such as presentation to provider partners for use in SLA agreements.

The complex nature of the services that can be provided via IP-over-satellite means that the task of monitoring quality of service is more of a challenge that it is for simple linear satellite services. When the service includes linear broadcast, content on demand, and OTT services together with net access, providers need a solution that can deliver comprehensive monitoring data on all the streams. The Bridgetech system is available with a Traffic Analysis option that provides in-depth advanced monitoring and analysis of IP protocols and services, combining detailed monitoring and analytics of broadcast/IP streams and all OTT services under a single unified Bridgetech environment with consistent display and reporting features. 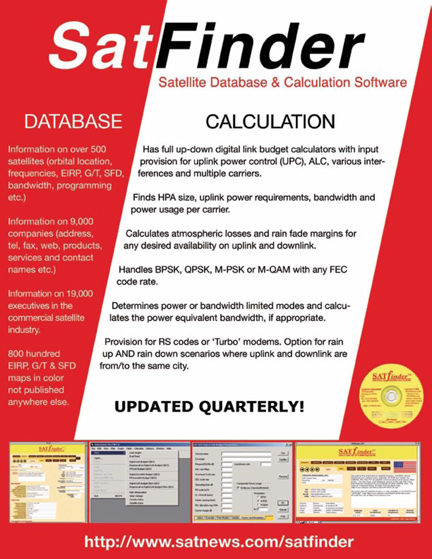