Small satellites ( smallsats) offer a unique combination of scaled down size, costs, and time to deploy. But what of the other components that make up the smallsat mission? Can command control (and ground segment management) be delivered with the same cost advantages that make smallsats so attractive in the first place, without compromised functionality? 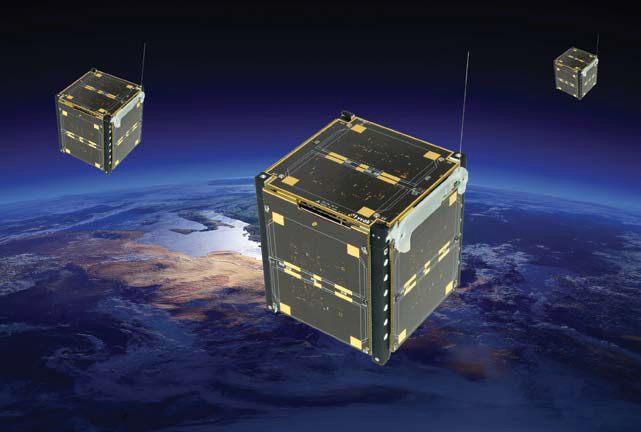 Some of the most exciting and creative efforts in the space industry are coming from the burgeoning area of small satellites. Categorized as micro-satellites (micros), nanosatellites (nanos), CubeSats —even “phonesats” that can be little more than a guided cell phone launched into space—smallsats are inspiring big changes in the way we think about the affordability of space and communications missions. More than just the on orbit hardware, smallsat manufacturing and launch costs are orders of magnitude lower than traditional satellites and they are reinventing the scale, economics, schedules, and business cases underlying satellite missions.

However, if smallsats allow such scaled-down cost efficiencies, they also demand a scaling up in numbers. For many of the applications envisioned—and the financial returns required by the entrepreneurs and VCs behind them—a single smallsat probably isn’t a viable model. One smallsat simply cannot deliver the communications, remote sensing, and weather data that a fleet of smallsats could well distribute.

For a traditional Low Earth Orbit (LEO) mission, using a fleet of smallsats for remote sensing increases the revisit rate over a specific area of the Earth—the more smallsats in the fleet, the quicker the target area is imaged and the more timely is the data.

Likewise, the same approach can be taken for high resolution weather data. Again, the bigger the fleet of smallsats, the more timely the data. For communications, a fleet of smallsats can be used to provide coverage over Polar Regions and disadvantaged areas, such as mountainous terrain or cities.

1-To-1 Versus 1-To-Many
Many of the innovative smallsats garnering attention have relied on homegrown command and control systems. However, as smallsats gain popularity and new applications are envisioned, additional missions are being planned that involve larger fleets.

Planet Labs, Skybox Imaging, and Nanosatisfi have all announced plans to launch smallsat fleets for commercially available imagery and weather data, with all three companies already having placed smallsats on orbit. Planet Labs even had 28 CubeSats on the International Space Station that were launched earlier this year to complete their fleet. Additionally, NASA, DARPA, and SMDC are just a few of the U.S. Government agencies who have plans for smallsat fleets, with NASA planning the launch of its Edison Demonstration of Smallsat Networks (EDSN) fleet of eight CubeSats. 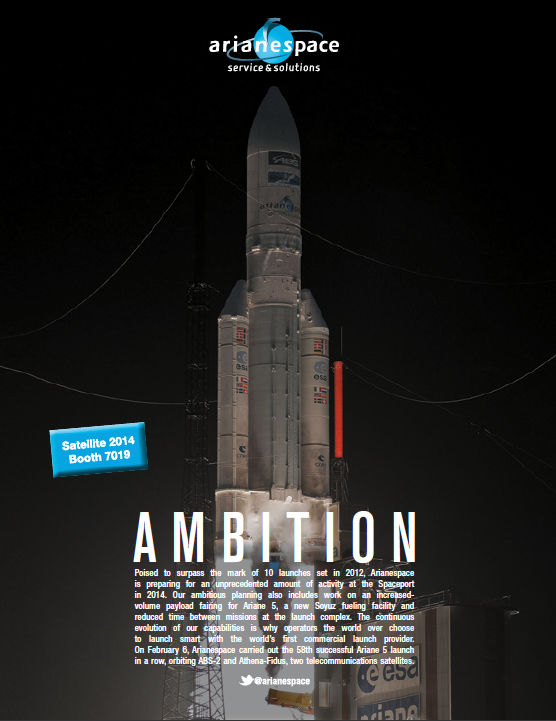 With the number of smallsats scaling up, so does mission complexity. From a C2 perspective, smallsats start to resemble their larger cousins when it comes to functionality and reliability. They require ground architectures that can support the centralized management of multiple smallsats.

A fleet of 24 CubeSats sharing five ground antennas, for example, requires a significant amount of coordination among the fleet to deconflict use of each antenna. This deconfliction as well as additional functionality, such as prioritization and constraint checking, should be provided by a central scheduler, enabling “hands-off” scheduling of activities after the initial setup and definitions. If the mission demands smooth, continuous operations, expect the smallsat ground architecture to accommodate a contact scheduling capability so you can minimize any risk of violating operational and ground system constraints.

Automation
Whether multiple operators are needed, or if just a single individual can handle the job, is often a matter that is determined by automation. No slight to us humans, but the more personnel and manual intervention required to operate the system, the greater the potential for risk and errors.

When contact activities can be planned ahead of time and then executed autonomously throughout the day, the ground system can greatly streamline fleet-wide operations. For example, during the contact scheduling process, the scheduler (whether human or software-based) must identify tasks for each smallsat and assign the associated procedures for each. Automation can execute each real-time contact, alerting operators only if there is a problem, freeing them up to spend time on valuable activities such as data collection (which is the purpose of the fleet, after all).

Akin to having too many cooks in the kitchen, automating contacts across the constellation can reduce or eliminate the errors that occur with (too many) humans in the loop. And automation across a fleet is more complex than it is for a single satellite.

Constellation Awareness
Do you prefer one screen showing ten feeds, or ten screens showing one each? The answer is obvious, but this illustrates why situational or constellation awareness is important when managing the fleet. As ground equipment status and telemetry arrives in real-time, this data should be displayed to provide a common operating picture. This increases efficiency by limiting the manning required of a smallsat ground system and maintaining a reduced operational footprint. 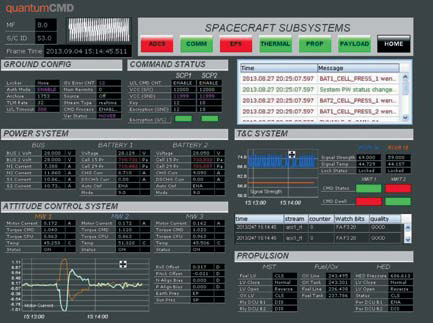 Data-rich dashboards give users spacecraft and ground status, with drill-down ability into each subsystem and ground component for further fidelity, whether for a single smallsat or entire fleet control.

An operator using a single Graphical User Interface (GUI) to view real-time constellation status, telemetry, and commanding, can make (or avoid) decisions that have a ripple effect across the fleet. Aggregating that data into a single view also makes it easy to quickly drill down from a top-level common operating picture to more detailed information screens when needed. Even better, if the user interface is available through a web browser, geographically dispersed teams can operate from the same playbook at the same time.

Scalability
Hopefully, the smallsat data will prove itself to be so valuable that more smallsats will be launched and added to the fleet. In that case, will the ground architecture accommodate the addition of the new satellites? Or, will it potentially disrupt operations or require significant software development or upgrades?

A ground system that can scale and grow along with the fleet growth—even with different smallsats—will eliminate separately stovepiped fleet management operations, which is the antithesis of having a common operational picture (see above). Using modular plug-and-play appliances for each smallsat or block of smallsats, and connecting such appliance to a common management hub, is one way of allowing this scalability.

Another method is to simply add a new, unique identifier into the ground system architecture and the reuse common telemetry screens, command procedures, and space vehicle databases from smallsats that are already present in the constellation. Or, a combination of the two may be the best answer. In each scenario, efficiency is achieved with commonality, and if each smallsat looks and behaves like the next, some of the complexity in managing a constellation of unique space vehicles is reduced.

Venture Capitalization Assistance
These requisites are common to the smallsat community as well as to their larger cousins. Let’s not forget that one of the most important considerations when it comes to the benefit of smallsats is that the build will not break the bank. If one of the biggest motives of smallsats is the dramatically lower costs to build and launch them, then the ground system itself shouldn’t be disproportionately expensive. The system should be just as cost effective so that you can capitalize on these profitable ventures.

That said, going ‘cheap’ and cutting corners isn’t a winning strategy in itself, not when you consider how much is at stake, whether the expenditure is for a fleet or a single CubeSat. Instead, lowering the upfront and the total cost of ownership of smallsat fleet C2 systems through the use of automation and consolidated constellation awareness provides a starting point for cost objectives to be met.

About the author
Victor Gardner is the Small Satellite Project Manager for Kratos Defense & Security Solutions, a division of

The author may be contacted at victor.gardner@kratosdefense.com.

Most notably through its EPOCH IPS® fleet management system, Kratos has been the leading figure in satellite command and control (C2) for more than 20 years.

Smallsatellites have been around for about as long, but their recent explosive growth led the company’s engineers to take a hard look at what makes smallsat C2 different. It turned out that many of the answers lay less with the satellites themselves than with the business of the missions—specifically the need for a lower cost, accessible, pre-integrated solution that could support the budgets, schedules and team structures that separate smallsat missions from the larger versions.

Newly released, quantumCMD™ is the first commercial-off-the-shelf C2 product targeting smallsats and fleets of smallsats. Central among the engineers’ goals was designing a solution that would deliver the robust functionality, reliability and security expected in traditional missions, packaged to fit smallsatellite budgets.

Reducing Customizations... and Customization Costs
The scope and complexity of traditional satellite missions makes integration and unique mission customizations essential to their success, but they are also key cost drivers. quantumCMD relies upon industry standards such as XML Telemtry and Command Exchange (XTCE) to streamline integration, reduce cost and dramatically shrink the time to operation of a full-fledged C2 system.

A standardized command and telemetry database ingest format increases the efficiency of system set up, as well as consolidating the ingest of ground equipment variables and directives. In addition, standardized ground equipment interfaces allow quantumCMD to operate “plug-and-play” with the rest of the ground system, with set up reduced to a few steps.

Total Turnkey Operations
quantumCMD is a self-contained, portable appliance architected to address the core command, telemetry, trending and ground monitoring and control (M&C) needs common to most of today’s smallsat missions. A built in web server supports the HTML5 web interface for users to share a common operational picture across networks. There is no client software to install or maintain, and drag-and-drop features allows non-programmers to create custom dashboards that include graphs, charts, widgets, and video feeds.

For more information on solutions that deliver the functionality and reliability expected in traditional missions, designed and packaged for smallsat operations and budgets, visit: www.KratosDefense.com/quantumCMD 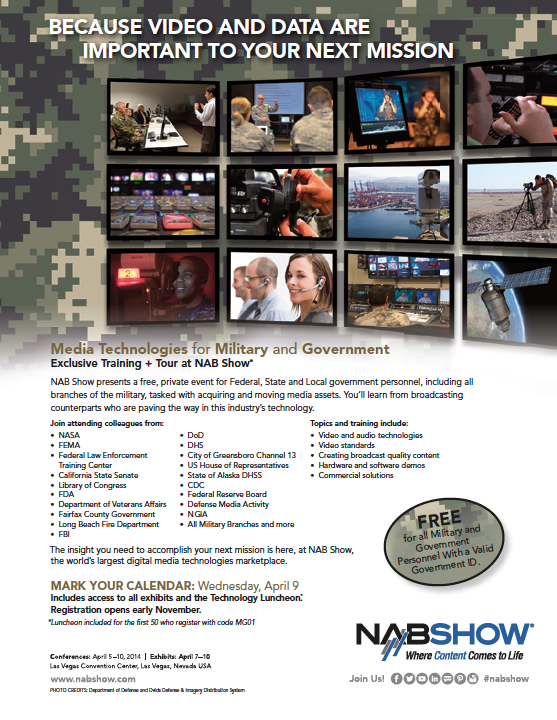