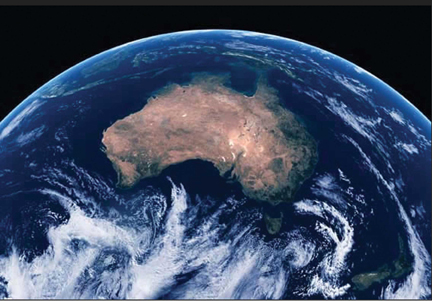 Australian Teleports
One of the key elements at the event was the World Teleport Association’s Awards for Excellence. The awards are presented each year to organisations and individuals in the teleport industry whose achievements have been deemed exceptional by the international trade association and its awards committees, which is comprised of industry members from across the globe.

Australia was once again recognized for housing some of the best teleports in the world, with satellite communications specialist NewSat named as a top three finalist in the Independent Teleport of the Year category for its teleports that are located in Adelaide and Perth. Not bad when you consider this selection was determined from a field of more than 1,000 global teleports, and for a country mostly renowned for digging and bludgeoning minerals from the ground.

NewSat’s CEO, Adrian Ballintine, was quick to recognize the importance of making it into the top three. “It’s a significant achievement for NewSat to be named as a top three independent teleport operator because it means that we are recognised by the industry and our customers as providing extraordinary service levels. Considering there are over a thousand teleports in the world, it speaks volumes to be named in the top three, especially for the people who run our teleports, as well as for the way we maintain our teleports.”

Robert Bell, Executive Director of the World Teleport Association, commented on NewSat’s top three Finalist nomination. “The WTA is dedicated to acknowledging the outstanding achievements of teleports throughout the world. It is evident NewSat is regarded by its peers and customers as one of the best teleports in the world. This is the second time NewSat has made Finalist which is an outstanding achievement for any company, especially a company from Australia which is geographically, a long way from the hub of space technology innovation”.

Mission Critical Communications Advantages
While it is no surprise that the Americas, Europe and Asia are well-known for innovation in space technology, many are still surprised to learn that Australia provides some of the best satellite communications in the world. In fact, when it comes to Australia, it may be surprising to learn that the country has a number of key advantages in the delivery of mission critical communications. 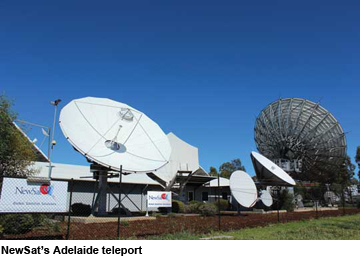 With its low rainfall and mild temperatures, Australia is ideal for satellite communications. It is also geologically stable with no major earthquakes. The country’s remoteness ensures minimal frequency interference, just as its geographical location enables it to achieve optimal look-angles into the Middle East and Africa providing better coverage.

Australia is politically stable and, as an allied country to the U.S., Australia holds “friendly nation status”—the country also shares a border with the USA across the Pacific Ocean. While a very big border, it provides direct cable access to the USA via the Southern Cross cable.

Finally, South Australia houses highly secure and government accredited teleports. This means Australia is able to meet the stringent security requirements needed to support the transmission of vital and sensitive information for government clients around the world. 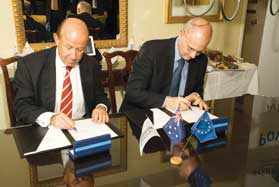 The evening at the Australian Ambassador’s residence provided four Australian companies (NewSat, EM Solutions, ASC and Clearbox Systems) with an outstanding opportunity to enhance their profile in the U.S. For a company such as NewSat, this event meant that it was able to talk at length about its alliance with the U.S. government. “It’s great for NewSat to be recognised for its contribution to the satellite industry on the biggest stage in the world,” said Mr. Ballintine.

A First Signing
Another major Australian event also occurred when NewSat finalized an agreement with Arianespace for the launch service of Jabiru-1, Australia’s first, next-generation, geostationary satellite. In a signing ceremony on the 14th of March, the Chairman and CEO of Arianespace, Jean-Yves Le Gall, expressed his enthusiasm for the project and his appreciation to NewSat for choosing Arianespace.

“We are delighted to have been chosen by NewSat to launch their first satellite. Arianespace is particularly proud of this opportunity to serve Australian’s first independent satellite operator, particularly one like NewSat who has a strong history of providing enterprise-class satellite communications from its two award-winning teleports. For us, this latest contract provides further recognition of the outstanding quality and competitiveness of our launch services.” Mr. Le Gall said.

The innovative Jabiru-1 satellite is currently being built in the United States by Lockheed Martin Commercial Space Systems. The large satellite will be fitted with 50 Ka-band transponders, which will deliver high-powered capacity through a range of multi-spot, regional and steerable beams. Jabiru-1 will meet the growing demands from government and enterprise sectors across the Middle East, Asia and Africa.

While Australian companies have not traditionally been renowned for their innovation in space technology, this is certainly changing. The latest events in Washington, DC, have demonstrated Australia is, indeed, a country at the forefront of space innovation and technology.