Propulsion systems were a main topic of discussion at Space Tech Expo USA 2018 — not only on the Launch Systems day, but also on the Satellite Systems and Future Programs day.

On the Satellite Systems day, one of the Innovators panels, led by moderator Dave Barnhart, focused on advanced propulsion systems for satellites, with speakers from Enpulsion, Additive Rocket Corporation and Neumann Space.

During the session, delegates were able to send in their questions via the Sli.do app and three of the questions so submitted have been summarized below, as the panelists definitely had some interesting answers

What is the future of propellants?

“At the end of the day there won’t be a one-size-fits-all type of propulsion, even though we [at Enpulsion] are advertising modular building blocks and putting them together to create a custom solution. This still has its limits. It’s absolutely true that you wouldn’t want to use this technology to go to an asteroid and then bring it [its resources] back. You want to use a propellant that is available there. If you need to use a high thrust for a quick maneuver somewhere, electric propulsion will not be your choice. You would need to have some sort of chemical propulsion and a super-cool engine. I don’t think that there will be a one-size-fits-all solution or technology. Within electric propulsion we can see a market leader, but electric propulsion will not replace all chemical propulsion systems. It totally depends on the application.”

“I second that. Chemical propulsion is used for, for example, higher Delta V applications moving through the soup of the atmosphere or for collision avoidance in space. It’s going to have some sort of tradeoff given each different fuel type. Like Alex said, it’s going to be based on emission and this will be very specific for each type of application. Chemical propulsion is going to get better over time as our hardware evolves. Think of things such as start-stop capabilities, deep thrust capabilities. In the end you are going to have to choose some sort of hybrid system or propellant mix depending on where you want to go and how you want to get there.”

“I concur and I am going to give a concrete example as to why. In the last presentation before lunch, Jim Armor from Space Logistics talked about their ideas of their on orbit servicing vehicle, which uses Hall effect thrusters for its long-haul missions as it has to be able to go out from its transfer orbit to geosynchronous orbit, as well as transfer around in geosynchronous orbit.

Neumann continued, “However, for the short outburst of thrust it needs to do, its actual rendezvous, it uses monopropellant hydrazine. These different technologies have their place. Everything has its niche. What you choose for one application will not be the best for all applications.”

Given that mega-constellation developers are making decisions on satellite propulsion, are you too late to have an impact on the market?

Reissner
“From my point of view I would say no! But also for everyone in the audience I would say no. Why? Because a mega constellation, let’s take OneWeb’s as an example, is a market in itself. What does that mean? It means that yes, these mega-constellation operators are choosing their technology to demonstrate one thruster on their demo missions. But if you are a constellation operator you don’t want to have a single-source supplier for 600 satellites. What people are doing — and that’s personal experience because we are in these programs and engaging very much with our customers — is they want to have three propulsion suppliers for one constellation, which are interchangeable and use the same interfaces and requirements.

“There is some granularity there. That means that at the end of the day, if you have a product and show that your performance is better than the existing product and it can fulfill the same requirements with a lower price, then there will be a point in time where a prime operator is willing to switch the technology. However, replacing an existing technology on a satellite with another one is an effort. It’s a big effort for a satellite manufacturer, so you really need to have a value proposition to justify the effort. Not just the same performance and 10% cheaper, that doesn’t work anymore. If you introduce really a game-changing value proposition, then there is room for everyone, I think.”

Kieatiwong
“I agree with Alex’s points. Our mission is to be able to democratize propulsion for these small satellites, so any player from university level to a small company level and above, if they want to be able to put some sort of propulsion capability on their satellite we want to be able to offer that to them. So being able to bring down the cost of all these in-space propulsion systems to something that is feasible, even to the budgets of a small team, that’s very much worth it for us and that’s part of our mission at ARC.”

Do you see, from your vantage point as a provider, that this a burgeoning industry where there are going to be hundreds of propellant suppliers, or is it really going to be vertically integrated? Are you guys going to be bought up and sucked in?

Neumann
“This is an interesting question because it is about the future and no one can look in a crystal ball and look five to ten years down the track. What I have been seeing around through publicly available documentation and news articles is that there are rather a lot of new propulsion companies coming along with bright new ideas looking at new systems, bringing those to market and doing a lot of demonstrations. This especially happens in the cubesat and smallsat side of the market. How many of those will survive, how many of those will be viable businesses or how many of those will remain independent propulsion subcontractors?

Neumann continued, “There have been several companies who specialized in various subsystems that were absorbed into prime integrator families over the years. What would that look like in five to ten years from now, after everyone has had the chance to test and succeed, test and fail, or just have their business run out of runway?”

Reissner
“I totally second what Paddy said. There are a lot of new startups with new ideas about propulsion, which is great. There was a lot of venture capitalist funding going into these companies in the last four, five years. What we do see now is that this funding is kind of drying out because people want to see results, revenues, demonstrations. If you look around, this is true for the smallsat industry but in the propulsion industry it’s more so the case. If the founders don’t have a lot of background, which still happens, then it becomes harder and harder to raise money for propulsion companies.

“What we are already starting to see in the propulsion sector is higher and higher volatility in mergers and acquisitions, smaller companies buying each other, merging and things like that. Of course, I don’t have a crystal ball either. I think that there are going to be two scenarios: one where you have a horizontal integration where a sufficient number of propulsion companies merge to become a strong enough supplier for different applications to survive as an independent supplier. On the other hand, you see vertical integration with companies vanishing into, for example, Airbus, Boeing or whoever.

“A personal note is that I think that when you look at other industries, having an independent supplier of different propulsion technologies for different primes could be an advantage. They would have a breadth of choice that suits their different applications. If I am integrated in SSL, and PhaseFour is integrated in Boeing, then you will have a barrier all the time.

Author Nicole Heins is the Conference Producer for Space Tech Expo and is based in Brighton in the United Kingdom.

For additional information regarding Smarter Shows, please visit their infosite at www.smartershows.com.

Now in its eighth year, Space Tech Expo will be returning to Pasadena, California, for 2019. America’s meeting place for space technology and engineering grows bigger and better year on year, bringing together industry leaders, decision-makers and buyers to meet the engineering and manufacturing supply chain for commercial, civil and military space.

Space Tech Expo 2019 will be located at the Pasadena Convention Center in Pasadena, California, from May 21-22 2019, with 250+ exhibiting companies and 4,000 expected attendees joining the show.
www.spacetechexpo.com 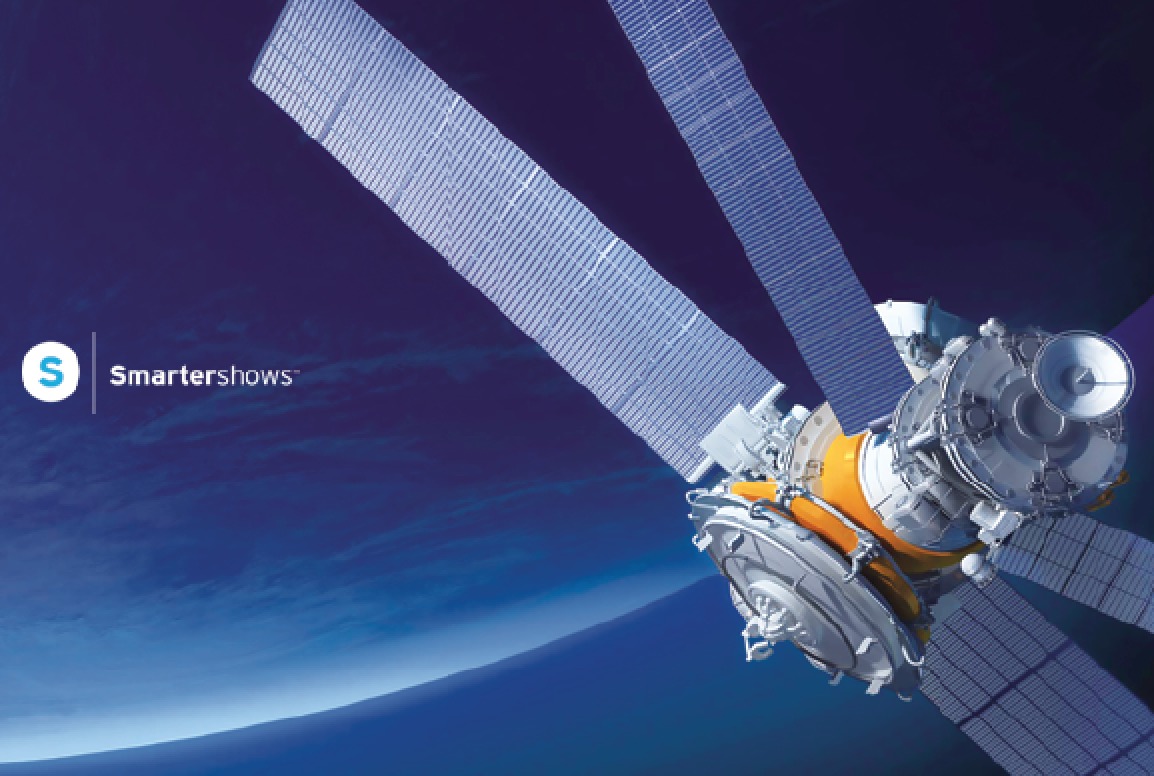