Single channel modulators have well served the satellite marketplace over the last decades. 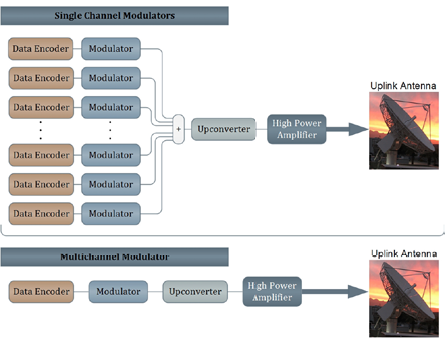 Modulators perform an integral function in broadcast applications such as direct-to-home (DTH) services, as well as point-to-point data services like cellular backhaul and content distribution. The modulator performs the 24x7 mission-critical operations of ingesting the input data stream bits, in the form of IP or MPEG packets, and then transforming the data into a radio-frequency (RF) waveform for transmission to the satellite.

The primary reason for the transition is that multichannel modulators have comparable signal fidelity and quality but provide significant cost savings in terms of capital expenditures and long-term operating expenses. As technology has evolved, the satellite industry can now benefit from a similar movement towards multichannel satellite modulators.

How Is A Modulator Used In An Uplink Facility?
The modulator is positioned in the uplink chain after the data generating equipment like video playout or multiplexing devices or data encapsulators, as depicted in the figure below. For most new equipment purchases, customers are moving to IP based equipment rather than the ASI connections found on previous generation modulators. The IP-centric approach allows the data to be generated anywhere in the customer’s network and distributed through standard networking equipment to the uplink facility.

The modulator transforms the data into the waveform required by the uplink and typically uses the DVB-S2 standard or the more recently introduced DVB-S2X (extensions) standard to maximize the efficiency of the satellite transponder or channel with regards the number of bits/Hz transmitted. 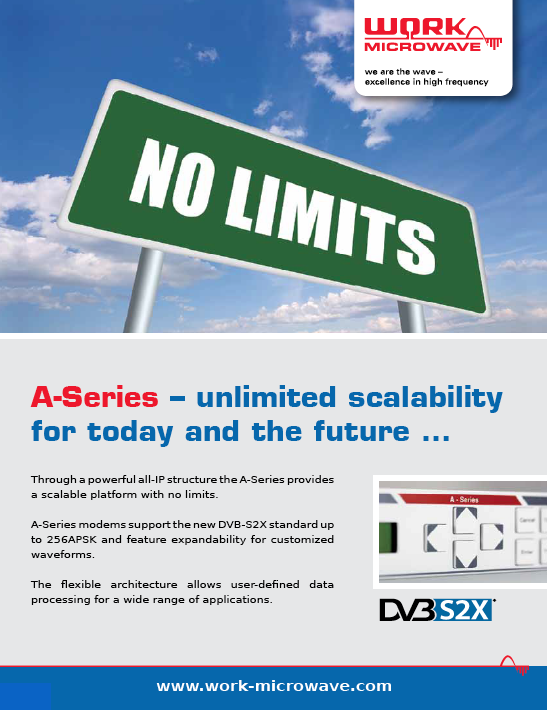 The waveform is upconverted by a frequency translator to Ku-or Ka-band for transmission to the satellite. The high frequency signal is then amplified by a TWTA or SSPA prior to uplink by the station antenna. For a wideband system with many channels, the output of several single channel modulators is combined to form an aggregate signal for upconversion and amplification.

Because the data being uplinked by the gateway or teleport is mission critical, redundancy (not shown in the simplified figure) is incorporated into the uplink chain to ensure that equipment failures do not interrupt the signal transmission. Many service providers also incorporate site diversity because signal fade due to highly variable weather conditions, particularly at Ka-band and higher frequencies, can interrupt the uplink signal.

As mentioned, availability is a critical aspect of the transmission system. Unlike the original one uplink chain for one channel architecture that was common in the early days of broadcast, more and more items in the uplink chain handle multiple channels in a single device.

Data playout sources aggregate many channels and multi-cast this data to the rest of the transmission chain. Wideband amplifiers and frequency converters handle many channels. The multichannel modulator continues this trend. When combined with a suitable redundancy switch, the multichannel modulator can be used in the uplink chain while maintaining five nines of availability.

With the current technology available in the market, one multichannel modulator can replace as many as 16 traditional modulators. This corresponds to a significant reduction in rack space populating the equipment room where space is often at a premium.

For a 64 modulator configuration using 1:1 redundancy, four equipment rack cabinets can be replaced by 8 multichannel modulators that only take up one-quarter of a single rack cabinet. The extra rack and floor space can be used for other customer equipment or can reduce the amount of space leased from a third-party building provider. The wiring for one modulator instead of 16 units is also greatly simplified. The number of cables is also reduced for RF wiring and for network cables. 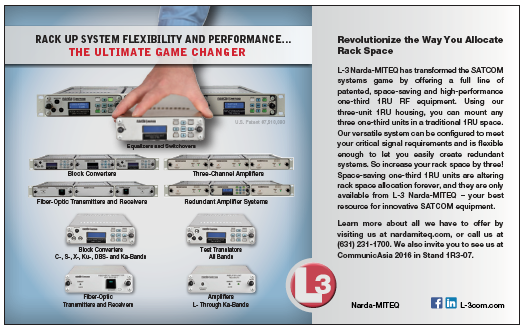 Some vendors even offer licensing schemes that enable a smaller number of channels to be purchased originally within the modulator and additional software licenses added later to unlock additional channels as the customer’s requirements expand.

Along with the capital expenditure savings and the reduction in space required for the modulators in the equipment room, there are also other important savings in operating expenses—electricity and HVAC costs. A multichannel modulator draws roughly the same amount of power as a single channel modulator.

Suitable Applications
Many applications are suitable for the inclusion of a multichannel modulator. A new uplink site build-out is but one example. For a new facility under construction, the savings in initial purchase price coupled with the reduced equipment room size and ongoing operational savings lead to an attractive business case when compared to the single channel modulator architecture.

Another suitable application is a diversity site build-out, which is becoming more important as climate change is causing modified weather patterns. Existing uplink facilities are experiencing more rain fade outages, which are triggering the need for backup facilities to be put into place to handle these outages. The diversity site advantages are similar to a new uplink site build out and also provide a way for an operator to become familiar with and comfortable with the multichannel technology prior to use in the main facility. 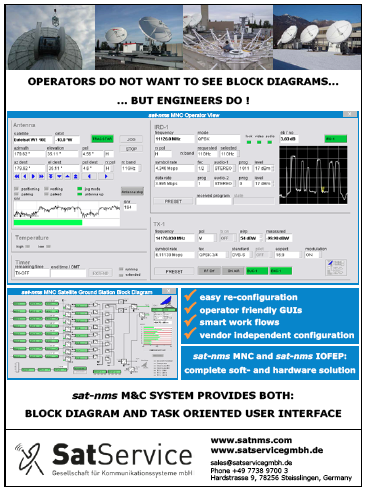 The multichannel modulator also has advantages for transmissions of 4K or Ultra High Definition (UHD) video. These emerging applications over satellite require high bandwidths to be transmitted over the satellite and can benefit from the channel bonding features available in the DVB-S2X standards.

Multichannel modulators are uniquely suitable for UHD because the delay between the bonded channels can be tightly controlled in the transmission from a single source. Single channel modulators cannot achieve the same level of synchronization and they can cause higher levels of skew between channels. This, in turn, can complicate set top box (STB) design.

The multichannel modulator is also uniquely able to bond together portions of a transponder and make use of underutilized bandwidth on a transponder to generate additional revenue from a satellite transponder.

The S2X channel bonding can be used in conjunction with the multichannel modulator to enable this new application and remove the need for the satellite operator to move around customer bandwidth as leases expire in order to tightly pack together customer bandwidth.

In this application, the multichannel modulator, along with a complementary multichannel receiver, provide a way for this fragmented bandwidth to be consolidated into a usable virtually contiguous bandwidth that can more readily be commercialized with minimal impact to operations.

Now Is The Time Of The Multichannel Modulator
The advantages of the multichannel modulator are clear for broadcast and point-to-point applications. The initial capital savings and ongoing operational savings are significant. The new technology is a viable fit for new uplink site build-out, diversity sites, aging facility refurbishment, new applications based on channel bonding such as UHD/4K video, and increasing bandwidth efficiency on existing transponders.

SED is a leader in multichannel technology and the company’s multichannel modulator, Hercules, is available in the satellite marketplace. Hercules provides as many as 16 independently configurable and controllable channels and can be sized to meet the needs of the transmission facility.

A companion product, the smart monitoring and redundancy switch Itus complements Hercules and provides a highly available and reliable modulator solution. The compelling advantages of this impressive technology make a strong case that multichannel technology is ready for broad-based adoption. The time for the multichannel modulator has now arrived.

Peter Waskowic, P. Eng., M.Sc., is the Business Manager of SATCOM Products at SED Systems, a division of Calian Ltd. Peter has worked in the satellite industry for more than 20 years.