Space Flight Laboratory (SFL) opened their doors 20 years ago with a commitment to push the envelope as far as what smallsats could accomplish. 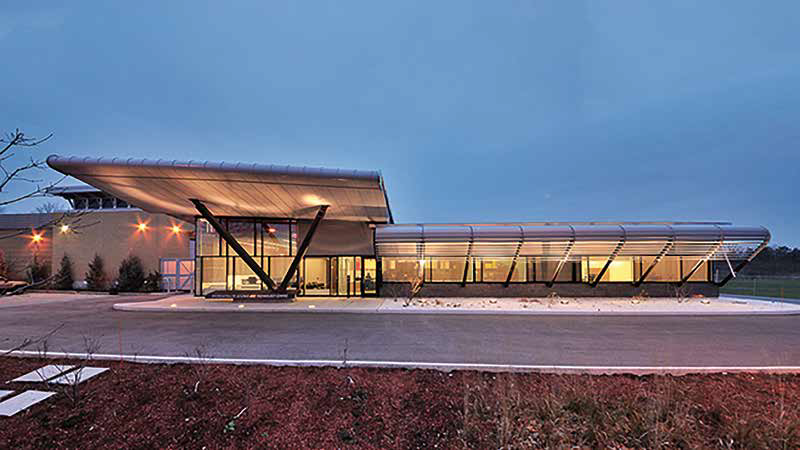 The Microsatellite Science and Technology Center (MSTC), Home of the Space Flight Laboratory

Today — with more than two dozen successful satellite developments under the company’s belt — the Toronto-based SFL continues to improve upon the microspace breakthroughs the firm has made in several technologies, including autonomous formation flying, precise attitude control, modular power systems and more.

“Every satellite mission presents new challenges that requires us to refine our existing technologies and often develop entirely different ones,” said SFL Director Dr. Robert E. Zee. “We keep pushing closer to the point where smaller, more cost-effective satellites will serve many of the same applications as traditional satellites.”

Established in 1998 as a self-sustaining specialty lab at the University of Toronto Institute for Aerospace Studies (UTIAS), SFL has developed and launched 22 nano- and micro-class satellites that have achieved 78+ cumulative years on orbit.

At the Satellite 2018 Conference in Washington, D.C., SFL showcased six of its upcoming microspace missions that highlight advancements in capabilities developed over the past two decades. The smallsats now under development by SFL will serve a variety of Earth Observation (EO), radio frequency communications and atmospheric monitoring applications in the commercial and government sectors. 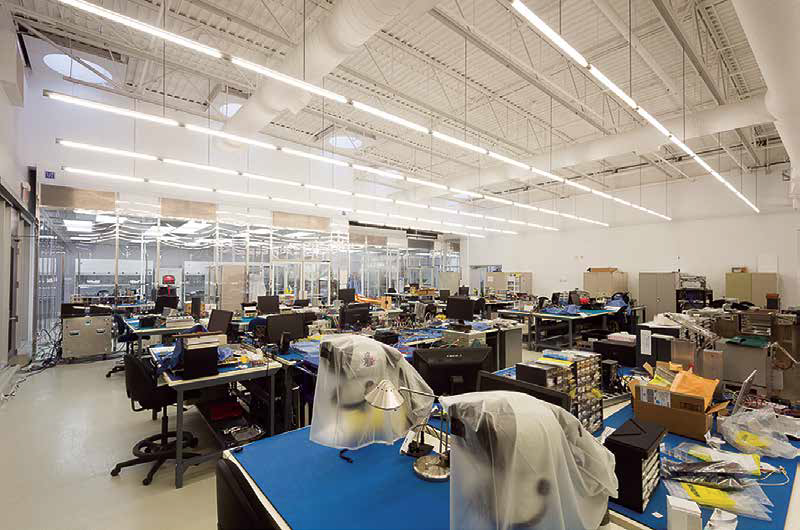 Success Starts with a Good Attitude
One of the first smallsat challenges SFL addressed was the issue of attitude control. Due to their lower mass, smallsats are impacted more severely by forces acting upon them in orbit rather than larger-mass satellites. This made maintaining steady attitudes for smallsats more difficult to achieve — certainly one reason why, traditionally, this challenge has presented them from being used in applications that require precise pointing and tracking capabilities.

“Earth observation, space astronomy and atmospheric monitoring are three complex applications that were once out of reach for smaller satellites due to attitude control issues,” said Zee. “We had to solve this challenge in our first microspace projects, that enabled us to break the utility barrier for nano- and microsatellites.”

Nearly two decades ago, when smallsats were not taken seriously, SFL miniaturized the sensors and actuators designed to control traditional-size satellites and adapted them for use with nano- and micro-platforms, writing custom onboard algorithms to achieve desired stabilization and pointing accuracy. When existing actuators were insufficient even in miniature form, the Toronto lab developed their own with major partners. This technology has played a key role in the success of early SFL missions and every SFL mission since then. 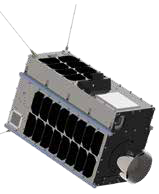 Attitude Control in Action
Superior attitude control and precise pointing remain unique selling propositions for SFL, where two greenhouse gas monitoring microsatellites are under development for GHGSat Inc., a private company. GHGSat-C1 and C2 will be the first operational satellites launched by the Montreal firm that will provide commercial services. SFL was awarded the development contract after successfully building the experimental GHGSat-D (aka Claire) microsatellite that was launched in 2016.

“Our space-proven precise pointing technology is a major factor in winning these kinds of contracts,” said Zee.

NEMO-HD is a high performance multispectral Earth observation microsatellite (70 kg) developed for the Slovenian Centre of Excellence for Space Sciences and Technologies (Space-SI).

The greenhouse gas monitoring microsatellites, which will detect and measure point sources of emissions such as area fugitive sources and stacks, require a type of attitude control called ground target tracking. This involves an onboard sensor pointing at a target on the ground while the satellite slews in orbit to remain fixed on the spot for a certain period of time. GHGSat-D achieved this and exceeded the specifications required for this mission.

The ground target tracking proved so precise in the demonstration mission that GHGSat-C1 will be among the first microsatellites to test an onboard optical laser terminal for high-speed data downlink. The terminal will have a downlink communications capacity several times that of the standard RF link.

“The optical downlink technology entails precise pointing of the laser at a ground station to transmit data,” said Zee. “If the optical laser is successful, a larger volume of data can be downloaded and sold, potentially increasing the profitability of the mission.”

Attitude control and precision pointing are capabilities critical in a wide variety of practical satellite applications, and the challenges change with each mission, Zee explained. SFL’s expertise in this arena was an important factor in its selection to develop NEMO-AM for India and DMSat-1 for Dubai’s Mohammed Bin Rashid Space Centre (MBRSC) in the United Arab Emirates.

“There are different types of satellite pointing missions, and their relative difficulty varies with the end use application,” said Zee. “NEMO-AM and DMSat-1 differ in their attitude control requirements from the GHGSat constellation.” 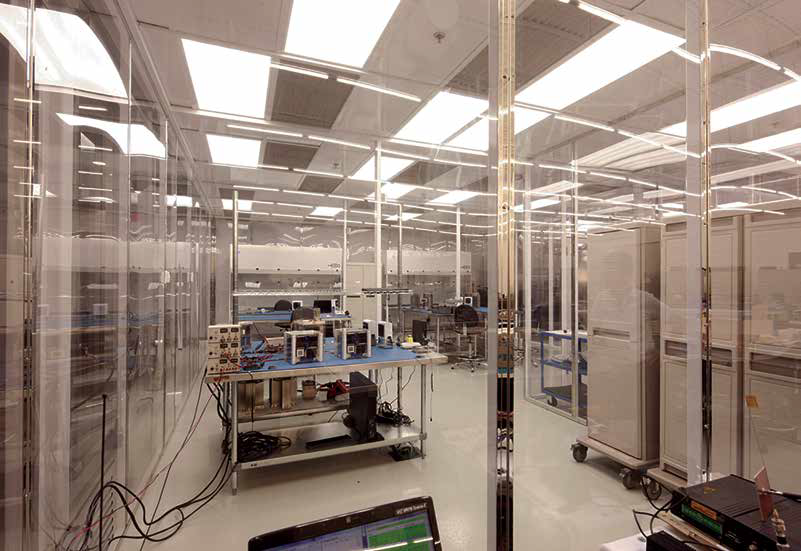 Overall, the missions are similar in their objective of monitoring the atmosphere; however, the Indian and UAE microsatellites will take measurements of aerosols, greenhouse gases and other particles already in the atmosphere, as opposed to sources closer to the ground. This will necessitate a different slewing maneuver leveraging ground target tracking algorithms as NEMO-AM and DMSat-1 pass over their respective countries.

“We are customizing the attitude control algorithms and actuators for these microsatellites to slew and point at a swath of the atmosphere,” said Zee. “Our ability to develop this capability for such small platforms will enable these missions to be accomplished at a much lower cost.”

Precise pointing made possible by a stable platform at a relatively low cost was a factor in Slovenia’s selection of SFL to build the NEMO-HD EO smallsat. NEMO HD will be that country’s first satellite and will capture a 2.8 meter resolution, high-definition, multispectral imagery and video for use in a variety of applications. The microsatellite itself is only 60x60x30 centimeters in size.

“NEMO-HD will be an extraordinary accomplishment due to its stringent pointing requirements and compact platform,” said Zee. 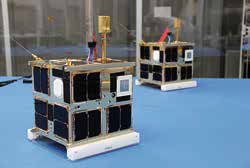 HawkEye 360 Prepares for Formation Flight
Another smallsat breakthrough credited to SFL is autonomous formation flying, a technology that enables multiple satellites to work together and perform functions not typically possible with just a single satellite. Some remote sensing and geolocation applications, such as the one planned for the HawkEye 360 Pathfinder mission, become viable when two, three or more satellites are flown in precise orbital configurations.

Autonomous formation flying means the satellites are orbiting in a constellation with their relative spacing and motion predetermined and precisely maintained without assistance from ground-based commands. SFL achieved this in 2014 with the Canadian-funded CanX-4 and CanX-5 demonstration mission. The two 7 kg. nanosatellites flew autonomously in five planned orbital configurations, with separations varying  from 50 meters to one kilometer. Their relative positional accuracy was less than a meter, and relative position knowledge was within a few centimeters.

“This mission proved autonomous formation flying could be achieved at a cost that makes it economically viable for commercial applications using smaller satellites,” said Zee. 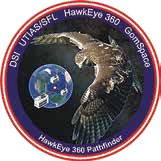 The CanX-4/-5 success played into the decision by HawkEye 360 of Herndon, Virginia, to award the contract to Deep Space Industries, with SFL as a major subcontractor for development of the Pathfinder demonstration mission, a constellation of three, 15 kg. microsatellites designed for satellite-based geolocation applications. HawkEye 360 is creating an RF survey-based geospatial information network that will map and analyze RF signals coming from numerous communications and transportation sources, including air, sea and land vehicles.

“Formation flying is important to their success because the configuration of the constellation must be precise to make accurate geolocation measurements,” said Zee.

To develop the technology needed for smaller satellites to fly in formation, SFL leveraged their know-how in control systems. The SFL team devised closely coupled sets of algorithms for attitude control, navigation, and formation control of the satellites. These solutions interact primarily with four onboard hardware systems: attitude, propulsion, carrier phase differential GPS, and S-band inter-satellite radios. They work together to keep the satellites in their intended orbital configurations with predefined baseline separation between them. 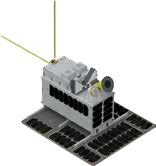 NorSat-3 is a 15-kilogram microsatellite being developed for the Norwegian Space Centre.

Modular Power Accommodates Many Mission Types
Following the successful 2017 launch and operation of NorSat-1 and NorSat-2 microsatellites built by SFL, the Norwegian Space Centre awarded the Toronto laboratory the development contract for NorSat-3, which will carry an Automatic Identification System (AIS) receiver for detection of AIS signals from maritime vessels. One major difference, however, is that NorSat-3 will also be equipped with an experimental navigation radar detector.

“More than seven years ago, we developed the SFL Modular Power System, which makes it possible for satellites from 3 to 500 kg. to carry a wide variety of payloads without a complete redesign of its electrical power supply,” said Zee. “In addition, NorSat-3 is being built on the SFL NEMO bus, which has proven to be a versatile platform that can carry a variety of payloads.”

He explained the easy incorporation of the radar detector into NorSat-3 is facilitated by SFL’s technology and approach and is an example of the versatility of SFL’s Modular Power System and its platforms in general.

“Depending on mission needs, we can scale up the power supply from 1 watt to 1.5 kilowatts,” said Zee. “This allows us to keep overall costs down as we accommodate different sizes of payload with different power requirements on such small platforms.”

The Next 20 Years
In addition to the six microsatellite missions, SFL is today working on multiple satellite development contracts. These contracts will incorporate numerous enhancements as well as new technologies. Refined attitude control featuring sensors that will further improve the pointing accuracy and platform stabilities is currently being pursued at the laboratory.

“We are also developing new communication radios and onboard computers,” said Zee. “And you can expect to see us increasing the performance and endurance of the proprietary propulsion systems we have developed for smaller satellites over the past 20 years.” 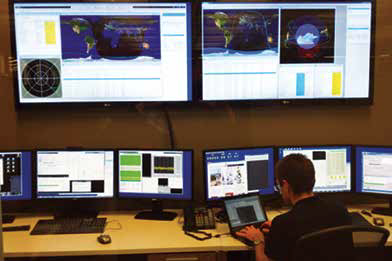 Kevin Corbley is a business development consultant serving geospatial, aerospace, energy and other industries. He is based in Denver, Colorado, and may be reached at www.corbleycommunications.com.

Microspace Missions Under Development by SFL

GHGSat-C1 and C2
The first two microsatellites in a commercial constellation of greenhouse gas monitoring satellites being built for GHGSat Inc. of Montreal.

HawkEye 360 Pathfinder
A three-microsatellite constellation under development for HawkEye 360 Inc. as a precursor mission to a commercial space-based radio frequency (RF) detection and geolocation service.

DMSat-1
Built for the Mohammed Bin Rashid Space Centre (MBRSC) in Dubai, this environmental microsatellite will monitor aerosols and greenhouse gases over the United Arab Emirates.

NEMO-AM
For this mission, SFL is developing the microsatellite and its compact polarimeter instrument on behalf of the Indian Space Research Organization (ISRO) for global aerosol monitoring.