Ensured By A Dual, Smallsat Constellation

The history of telecommunications has shown that when standard solutions exist, private companies' own innovations are relegated to very small and almost insignificant market niches. This is why the development of a satellite constellation governed by the canons set by 3GPP — the organization that brings together the main entities for the definition of telecommunication standards — is a technological challenge, as it must be compatible with the standards previously agreed upon by the sector as well as with terrestrial networks. 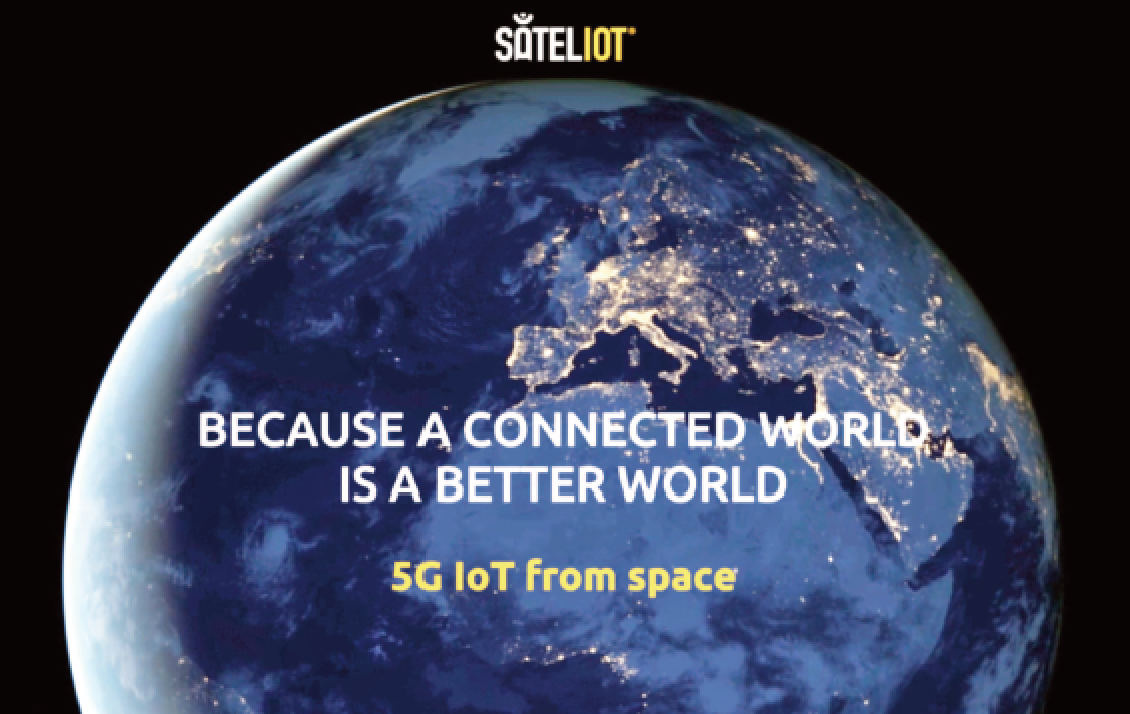 Sateliot has set for itself the dual objective of launching into space the first constellation of smallsats that are compatible with the 5G standard. This constellation will also be able to share its structure to house a system that enables the secure exchange of information. The company is working on this challenge that also involves a major investment in technological innovation. 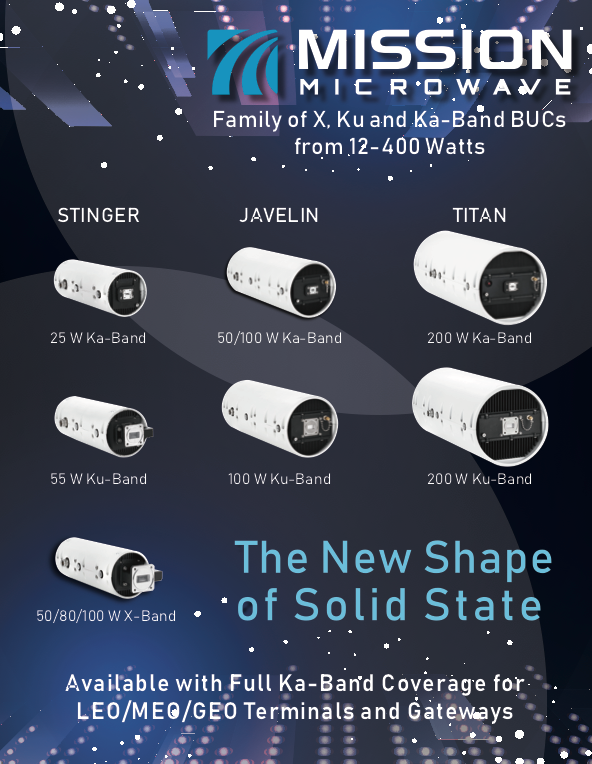 Sateliot has evolved the originally planned constellation so that the smallsats will make it possible to connect IoT objects with 5G coverage — a system compatible with more than 70 mobile operators — and will also ensure secure communication by introducing an end-to-end QKD (Quantum Key Distribution) encryption device, the first quantum technology that could be widely applied. This will make it possible to protect vulnerable data such as money transfers, commercial transactions, personal data or remote control of critical infrastructures from all types of external interference.

By accomplishing this task, Sateliot opens a new avenue of business with this dual constellation that will enable cost savings by sharing the infrastructure originally designed for IoT with this innovative system, which will be the key to ensuring the secure exchange of sensitive information between organizations that are located thousands of kilometers apart.

This is an efficient constellation in terms of operating and maintenance costs, which already has guarantees of success, as it is part of the European Quango project within which Sateliot participates together with research centers such as ICFO, as well as international universities in Malta, the Sorbonne in Paris or Padova in Italy, in addition to companies with expertise in the space sector.

This project has been backed by the European Commission with funding of 2.1 million euros, given the importance that secure exchange of information between companies, banks, security agencies and governments around the world. 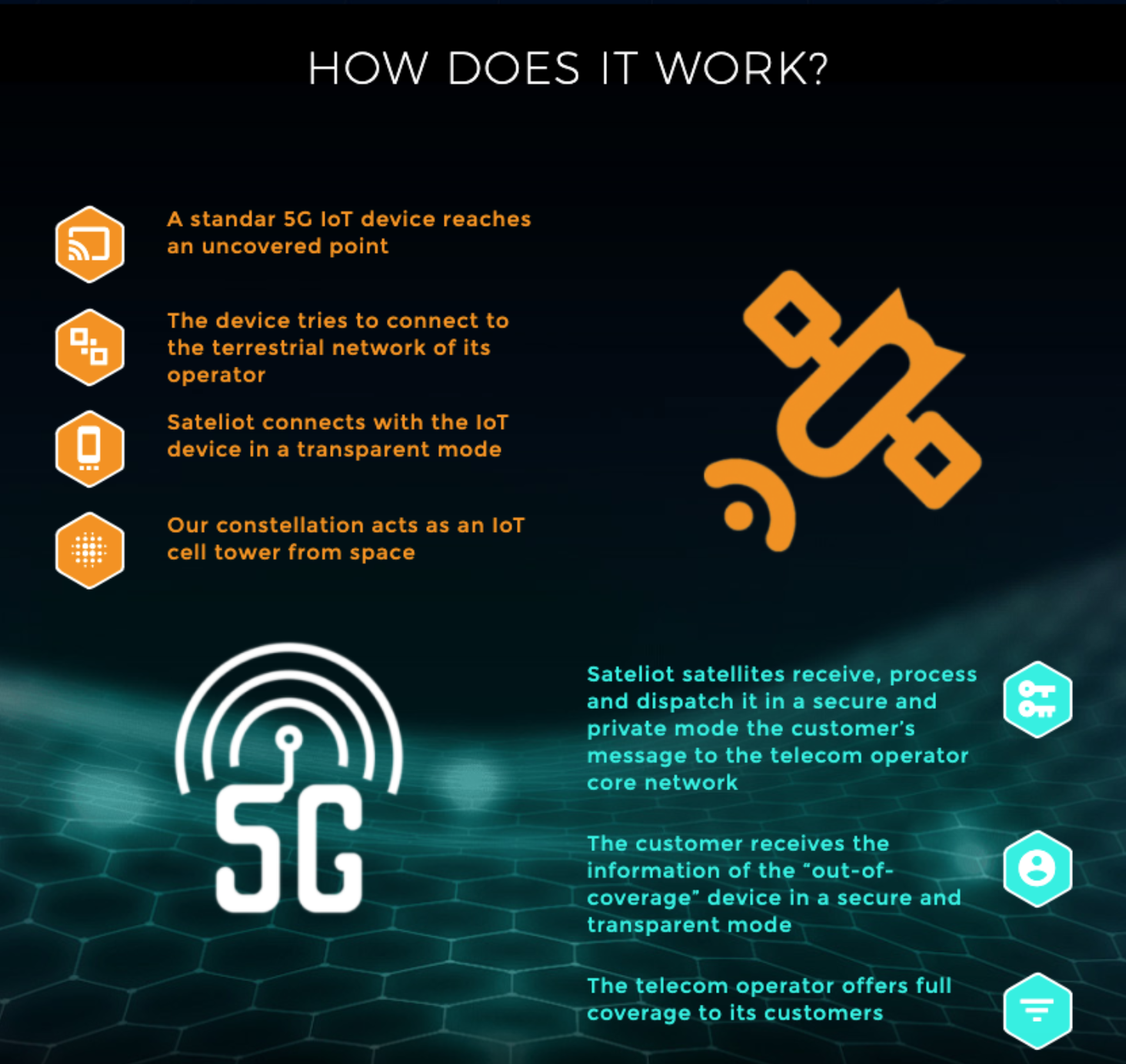 The objective is the design and laboratory demonstration of a satellite with a dual payload that, on the one hand, will enable 5G connection and, on the other, will introduce an end-to-end encryption device using the QKD technique that employs the laws of quantum physics to exchange encrypted information.

A Key Impact On The Digitization Of The Economy.

All in all, the Sateliot constellation seeks to respond to two of the levers considered key to economic recovery after the pandemic: digitization and sustainability. The constellation will allow IoT to be deployed in all productive sectors, resulting in a positive impact on the efficiency and profitability of economic activities such as agriculture, livestock, fishing, mining, construction, energy, transport and tourism.

The constellation will also have direct applications between governments and security agencies, ensuring the secure exchange of information in Ministries that work with extremely sensitive data such as Defense as well as between companies, municipalities and other civil infrastructures.

To make this possible, Sateliot works hand in hand with technology centers and high level partners, such as Gatehouse or the I2Cat Foundation, to ensure that the network architecture is in line with the protocols established by 3GPP. In accordance with these implementations and developments, the company plans to start deploying its constellation of as many as 100 smallsats in March of this year with the launch of its first nanosatellite, which will start offering IoT services on a global scale once it is on-orbit.
sateliot.space

Author Jaume Sanpera is the Founder and CEO of Sateliot. He has a background in Telecommunications Engineering, a Master in Business Administration (MBA) and a Programme of High Management of Companies (PADE). His entire career has developed in parallel to technological development and entrepreneurship founding up to 9 companies which are specialized in high growth.