With the growing popularity of small satellites (smallsats) positioned in LEO and MEO altitudes, the opportunity is now available for small organizations, educational institutions and even individuals to, quite literally, reach into space. 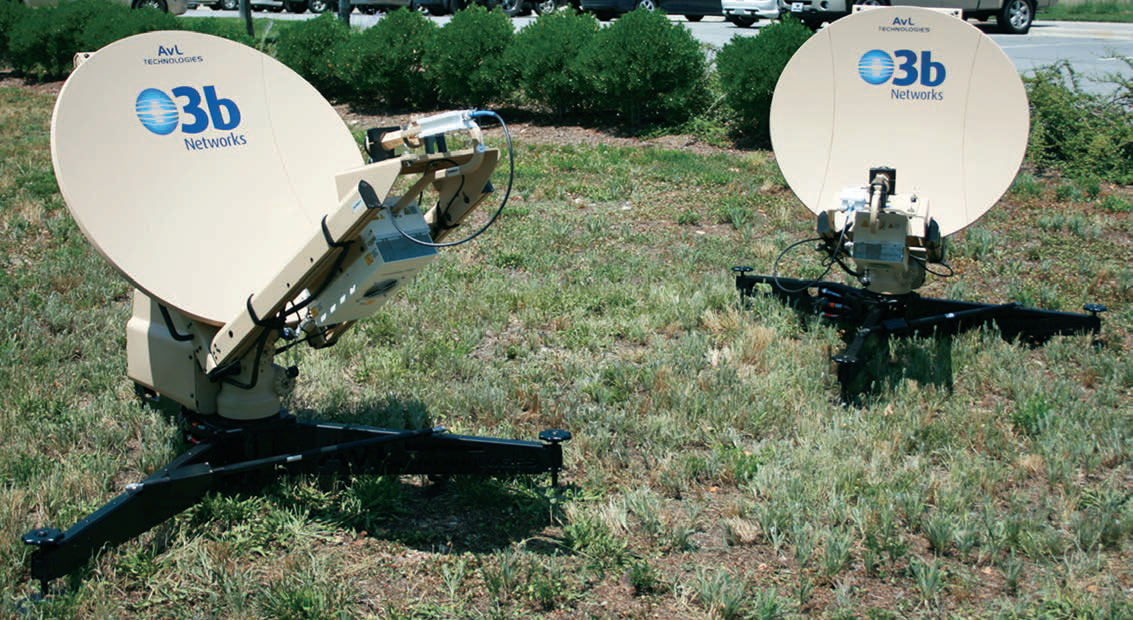 Several concepts exist for large constellations of smallsats, commonly known as CubeSats, operating at LEO altitudes, and new high-throughput constellations such as O3b are already positioned in MEO.

As one considers putting his or her mark in space, there are the obvious considerations of funding, design, cost, schedule, launch and insurance that are all involved in getting a spacecraft into orbit. However, the most important considerations are concerned with how to monitor the health of the spacecraft and how to command it— neither is possible without Earth terminal operations.

CubeSats in LEO
One of the most critical elements for any satellite is the Telemetry, Tracking and Control (TTandC) System, which provides a basic information lifeline between the spacecraft and its operators. As with all systems onboard a satellite, the TTandC system expends already limited power resources, and for smallsats, their power resources are even more limited. 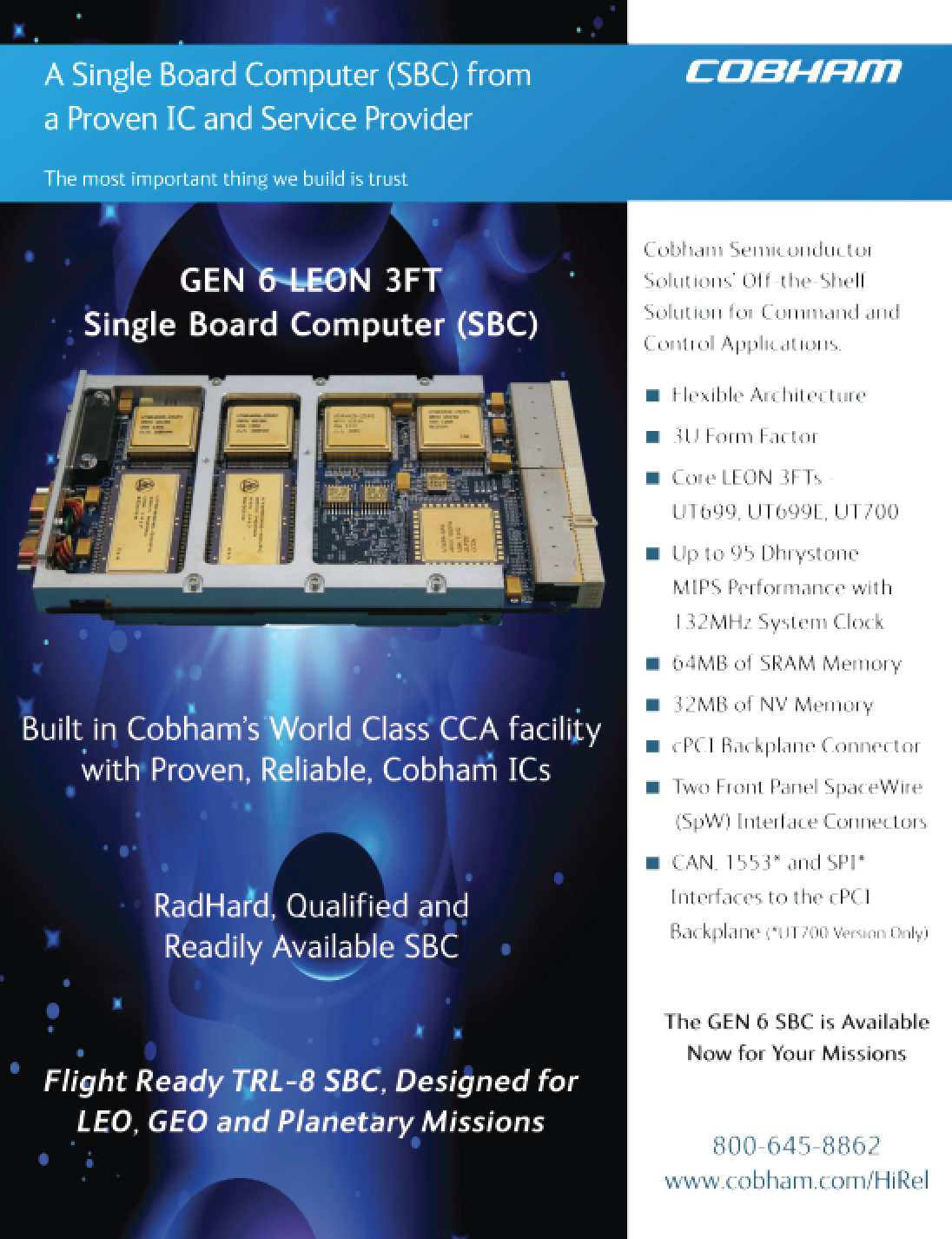 It is not uncommon for the solar-generated power of a CubeSat to be less than 1 watt, which is roughly enough energy to power two, mini, incandescent Christmas lights and barely enough power to provide a useful radio signal.

That power, even though ≤ 1 watt, should be enough for the satellite’s intended tasks—intelligent power management is definitely required. With such weak signal conditions, it is all the more important to have an amplifying, focused receive and transmit tracking Earth station.

With a focused antenna tracking the position of the satellite, a smallsat signal can be discerned from other radio noise. While many CubeSats used in education operate at VHF (30 to 300 MHz) or UHF (300 to 3000 MHz), others for commercial application are using a variety of higher satellite frequency bands.

With the differences in frequency come distinctions in antenna design and required positioning accuracy. VHF and UHF signals can be focused with more traditional Yagi, Helical and Turnstile antennas, while satellite frequency bands (L-band and higher) are more commonly focused through the use of parabolic reflector antennas.

Regardless of frequency, it is important to track the spacecraft to ensure the most efficient collection of what little energy is being transmitted. Unlike traditional Geostationary (GEO) satellites commonly used for communication, and which a ”hang” in one position, LEO satellites appear to constantly move relative to the surface of Earth. LEO satellites are also fast-moving relative to the surface, with most only being visible to a tracking terminal for 15 minutes at a maximum.

In a similar fashion, the required tracking accuracy also increases with parabolic reflector diameter. Naturally, larger diameter reflector antennas are desired for tracking weak signals as they are able to collect and amplify more energy than their smaller counterparts.

For LEO satellites using satellite frequency bands, AvL Technologies terminals provide an answer to the technical challenge of accurate tracking to maintain an optimum radio link with small spacecraft through the use of advanced signal peaking routines. These routines leverage NORAD Two Line Element (TLE) tracking capabilities and search methods if there is some uncertainty with the spacecraft’s position. 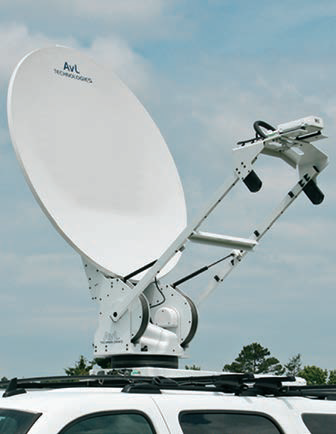 Satellites flying in LEO are typically visible for only 15 minutes or less, with another satellite possibly following close behind, or several satellites may be visible at the same time. Accordingly, Earth terminals must be able to quickly move from the satellite going below the horizon to another as it rises, or a pair of antenna terminals may be needed to coordinate signal management.

With a large constellation of visible and quickly moving satellites, the complexity of Earth terminal tracking, coordination and management will be one of the most significant operational challenges for the network.

Each satellite in the O3b constellation, for example, has six solar panels and provides enough power to operate 12 Ka-band antennas. Each antenna provides 700 km spot beams that are independently steerable, enabling O3b to provide mega-bandwidth to customers on demand.

Because the O3b satellites operate with significant power, the power requirements for Earth stations are less demanding. The O3b network operates with nine gateways and each gateway operates with two active Earth stations and one spare station. Each gateway uses make-before-break communications, with one antenna actively tracking and communicating with a satellite while the second antenna waits for the following satellite to come up over the horizon.

O3b’s transportable antenna terminals, designed and built by AvL Technologies, also operate in tandem pairs. These tracking antennas are case-based and can be shipped anywhere, set up quickly and on-air in a very short time.

Because of the minimal power requirements, many O3b customers can use very small antennas—such as 85 centimeters—and have more than enough bandwidth. To date, AvL and O3b have collaborated on transportable antenna terminals up to 2.4 meters in size.

One of these terminals operating on the O3b network enables enough bandwidth to reestablish critical phone, data and/or video communications to a medium-sized community or a remote island nation after a disaster.

Other constellations in MEO include the US Global Positioning System (GPS), Russia’s version of GPS (called Glonass) and the European Space Agency’s global navigation system (Galileo). All of these positioning system networks have modernized with newer spacecraft and upgraded technologies over the past two decades.

They operate with new ground stations that determine the orbital positions of the satellites and transmit information to the satellites for optimal system operation.

Because these global navigation networks are well managed, they enable broad consumer use of the networks with small, mobile receive-only antennas.

No Ground Segment = No Network
Operating a satellite is fundamentally working against the clock. All satellites have a fixed lifespan and, in order to make the most of their operating time, it is often advantageous to have a dedicated, full ground network to maintain a continuous link with the spacecraft. It is not uncommon for the ground segment cost of a commercial satellite to contribute up to 10 percent of the total project costs.

While it is possible to lease time on Earth station antennas, most available today were designed to operate with GEO satellites. Satellites in LEO require complex tracking capabilities, which means a traditional GEO Earth station will not fit the bill.

Further, one Earth station antenna will not be adequate for operating the network, as it will only have up to 15 minutes to communicate with the satellite during each orbit. For an always-on network, Earth terminals will need to be accessible around the globe, and these Earth terminals will require innovative tracking technologies.

Typically an LEO network will require a brief TTandC link with each satellite once per orbit, as well as communications gateways placed near the network users so that both the gateways and users are in view of the LEO satellites at the same time.

Depending on the size of the satellite, as well as its power requirements and orbit, small transportable Earth station antennas with tracking capabilities—such as those offered by AvL Technologies—may be a practical solution. With a transportable antenna system, it can be set up and used anywhere—the roof of a building, a large back yard, a college campus, or mounted to a flatbed trailer. If the satellite operator owns the AvL antenna system, it’s always available versus leasing blocks of off-peak time at a teleport. 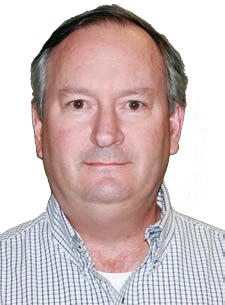 Focused tracking antennas are an absolute necessity for working with LEO and MEO satellites. Rather than focusing solely on the spacecraft, take some time to consider the ground operations in order to have a networked instrument orbiting overhead rather than just another piece of space debris.
www.avltech.com

Tony Wilkey is Senior Vice President at AvL Technologies with responsibility for US Sales, Marketing and Customer Service. He earned his Bachelor’s degree in Mechanical Engineering from Georgia Tech in 1981 and his Master’s degree in Mechanical Engineering degree from Stanford in 1983. He has worked his entire career in the satellite industry, most recently with ViaSat, Inc., before joining AvL in 2008.