CubeSats have revolutionized the nanosatellite/smallsat market, making space available to more people than ever before for their spacecraft. 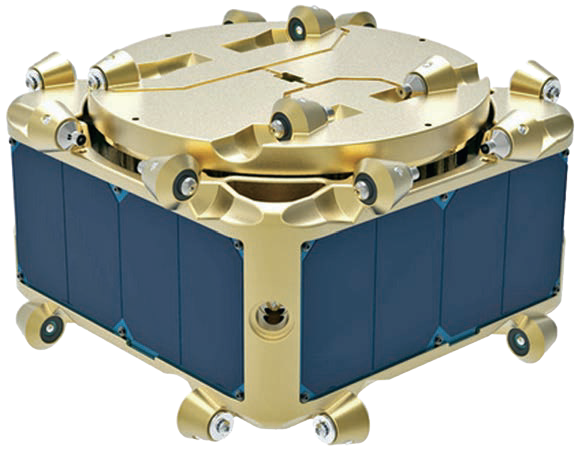 The availability of CubeSat kits and components and government sponsorship of launches has changed the landscape for entry into the once cost prohibitive world of small satellites. Traditionally the realm only of large multinational companies and big government agencies, now universities, smaller government labs, and many start-up companies are able to afford to test out their ideas on orbit.

What’s Next for “Small Space” and Where Do We Go From Here?
CubeSat-specific technology developments began within universities, government agencies, and industry. As noted in the National Academies report, “Achieving Science with CubeSats, Thinking Inside the Box,” the pace of CubeSat development accelerated rapidly in the mid-2000s with an expansion of both the number and the type of organizations, with commercial missions accounting for the largest single use type.

However, as the needs of the space community grows, a new, supportive approach to building satellites is emerging. Birthed out of the DARPA Phoenix program and advancing CubeSat technology, this approach uses mass produced building blocks (cells) to fabricate the satellite, known as a Package of Aggregated Cells or PAC, either on the ground or on orbit.

Each building block, called Hyper-Integrated Satlets, or HISats™, is identical and contains all the functions that the satellite requires. Each HISat’s role in the satellite is configured by software to optimize the entire spacecraft. All HISats share power, thermal, and are in constant communication with one another. The software can move functions around within the architecture to minimize thermal impacts, or maximize data storage or throughput, as needed to support the payload. 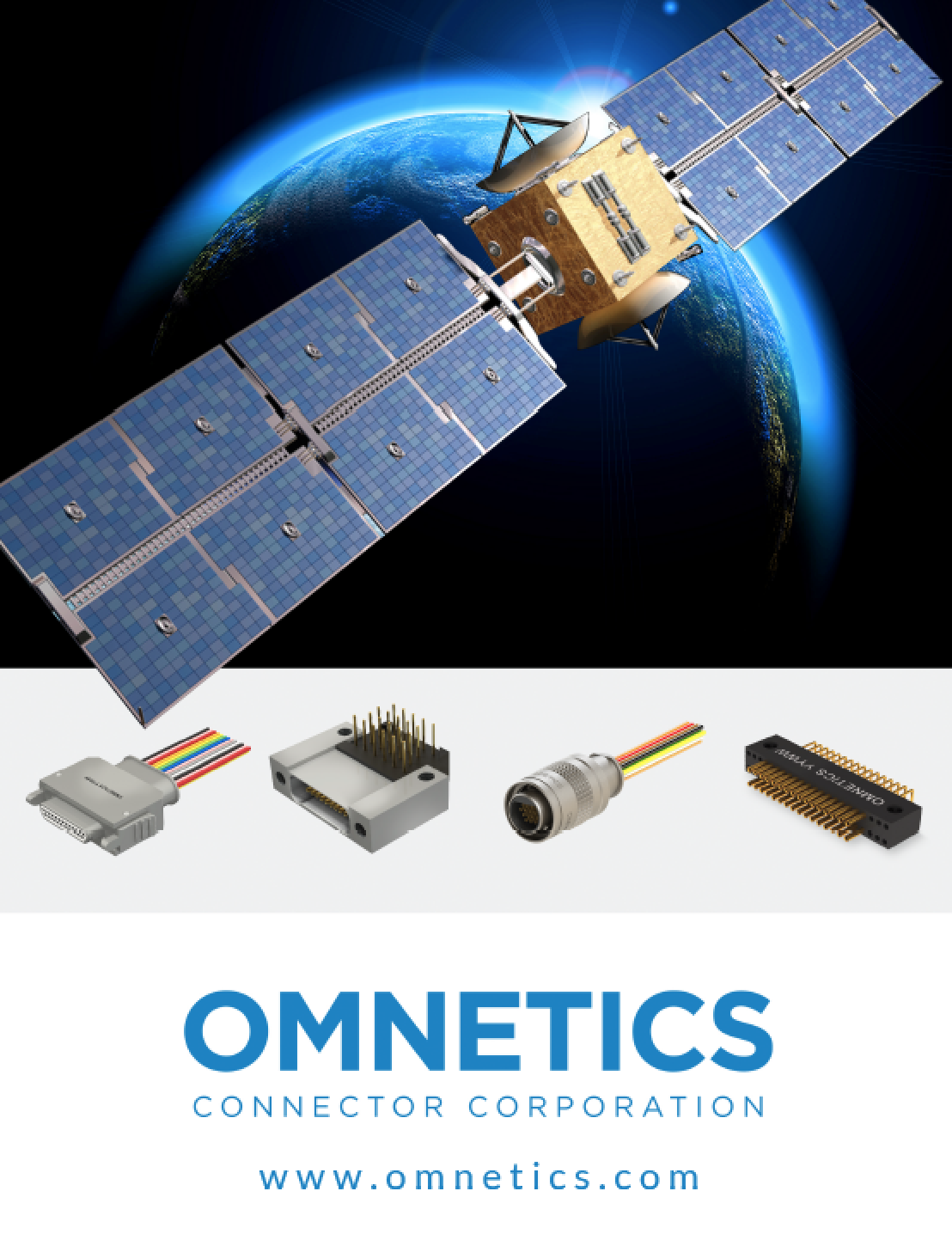 As the HISats are designed to be mass produced, the cost of building a HISat PAC is greatly reduced compared to traditional approaches, and the consistency of building with mass produced standard building blocks improves quality and reduces risk in the integration and test phase. Moving beyond CubeSats, HISat PACs from 75 kg to more than 3,000 kg have been designed to support various payloads and missions. The HISat building block was designed and qualified for GEO and is therefore radiation tolerant for most orbits.

The advantages of a building block approach to configuring a satellite bus may not be obvious, but the benefits are many. The initial motivation for CubeSats was focused on education and training (formal, informal, and early career development), and HISats also possess characteristics well suited for those areas. They are relatively affordable and provide easy access to space. As discussed above, the cost is greatly reduced due to mass production. However, what might not be as obvious is the incredible flexibility in accommodating a payload.

A HISat PAC is payload centric, meaning that the payload can be designed in virtually any size or shape that is best for the payload, and the HISats are used to build the spacecraft bus around the payload. Payload NRE, schedule, and therefore time to orbit, is minimized.

The flexibility of the HISat PAC is one of the reasons that NorthStar is cooperating with the NovaWurks team to assess this new bus technology for the build of 40 LEO satellites designed to keep tabs on the environment, both in space and on the ground. The NorthStar satellites likely will not all carry the same complement of payloads, so multiple configurations of HISat PACs will be needed to accommodate the various payloads, yet they all use the same architecture with significantly lower costs for the different configurations. PACs are even combinable on-orbit which provides benefits now being discovered by the space exploration community.

Still Not Convinced?
Resiliency is another key benefit to a HISat PAC. With multiple HISats configured by software, many management options become available to the user. All spacecraft functions are aggregated to provide greater power, throughput, memory, orbit knowledge, thermal capacity, and control authority. In the case of failure, multiple cells have the hardware needed to replace the failed unit by simply re-configuring the satellite function based on the remaining HISats. Instead of switching from primary to redundant on the satellite and hoping no other failures occur, a HISat PAC has multiple ways of recovering from errors that a traditional satellite just can’t implement.

HISats have completed thorough flight qualification to space environmental standard (GEVS) levels and are currently at technical readiness level 8 (TRL 8). In addition, HISats are approved for assembly inside of the International Space Station (ISS), and are in fact currently on the ISS awaiting satellite assembly by the astronauts. The satellite on the ISS is comprised of six HISats, two solar arrays and four payloads that will be assembled, on orbit, inside the ISS, then launched.

A second larger spacecraft, called eXCITe, has been fully assembled in the NovaWurks cleanroom, functionally and environmentally tested to meet Falcon 9 and SHERPA flight requirements and is currently awaiting launch on an upcoming Falcon 9 out of Vandenberg AFB in 2017. This mission will fly in a LEO SSO with an attached telescope which will be released by the HISat PAC to become a free flyer. In total, this HISat PAC carries five payloads and will test and validate a number of CONOPS requirements throughout its lifetime.

A third HISat PAC has been delivered to a GEO host for integration and completion of spacecraft level environmental vibration and thermal vacuum testing. This HISat PAC will be deployed fr`om the GEO host to fly on its own and gather data in the GTO/GEO environments. The launch of this vehicle is also planned for 2017.

How HISats Improve on CubeSats
HISats are similar to CubeSats in that they are a disruptive innovation in the space industry as well as within industries that use space-based resources. Both have been advanced by enabling technologies and commercial enterprises with business models not followed by incumbent aerospace vehicle providers. Both have followed the unique characteristics that define disruptive innovation in that they are significantly cheaper, and offers a price point that attracts the underserved, those with new applications and industry users not typically in aerospace. 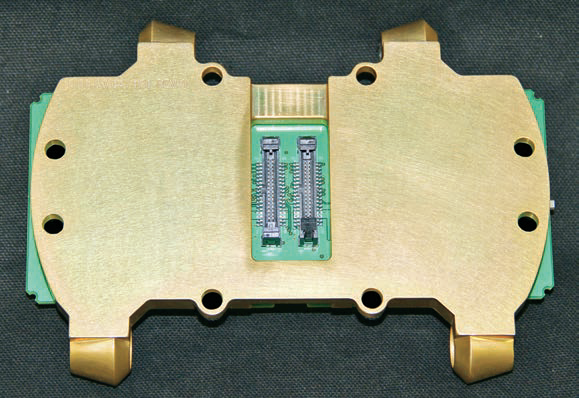 As a result, CubeSat and HISat performance have improved rapidly. However, CubeSats typically have less capability than traditional spacecraft while HISats have actually achieved improved performance while still remaining at a relatively low cost.

Payload to HISat PAC integration is streamlined by use of the User Defined Adapter (UDA), which is a programmable ‘space ready’ support system that allows for flexible and rapid integration. A marked improvement from CubeSats, this standardized interface, the UDA, provides power, data, and thermal management to the payload.

One or more of these UDAs are used to provide the payload a HISat interface that can be placed, as needed, on any HISat or carried across multiple HISats. The aggregation capability of the HISat PAC allows the payload to be structurally supported by multiple HISats, but also to combine the thermal transfer capability, and also the ability to port data to multiple HISats to increase throughput from the Payload to the PAC, and to get valuable data into the HISat provided Solid State Recorders built into each HISat.

This data can be processed onboard or sent raw to the ground. The HISat PAC can host the radio or optical downlink solution that is best for the payload. And similar to CubeSat deployers, PACs can easily be secondary payloads by using UDAs and any of the standard separation mechanisms that are readily available for launch vehicles.

What Else Can HISats Do?
In addition to the missions already discussed, there are several upcoming missions in work, with launch dates in 2018 and beyond. Some of these missions have available space for payload hosting. These flights make payload hosting easy for the payload developer to fly a one-time experiment, or to fly a proof of concept payload, or to raise the TRL of a payload. Hosted payload missions are very cost effective and can accommodate virtually any payload at a cost lower than developing a CubeSat. All on orbit satellite bus support is provided and a configurable soft ride launch allows payloads to meet a less stringent vibration qualification prior to launch.

The commercial space industry is expected to grow rapidly over the next 10 years, mainly due to advances in small satellites. Small satellites are producing images and data useful to industries here on Earth, such as agriculture, mining, and banking, and at costs well within the range of traditional startup seed funding. Many of these scientific or commercial missions require multipoint data, i.e., large constellations. Similar to CubeSats, HISats are a natural choice for these types of missions as a PAC constellation cost is more likely within budgetary constraints, especially for more sophisticated or capable payloads. And like the low cost of CubeSats has brought a whole new set of risk paradigms to the space industry, HISats can also be used in hazardous orbits where the risk to a traditional large space vehicle is not acceptable—for example, utilizing the atmospheric boundary region and lower ionosphere where orbital lifetimes are short.

Other future missions will focus on dedicated payload hosting for single satellites or constellations, providing outstanding in-class performance for micro- and mini-satellites and even larger spacecraft at a lower price point than alternatives. Because the HISat PAC conforms to the payload, NRE in payload design is reduced as well. HISats can conform not only to the payload, but to any launch vehicle, and to any orbit including LEO, HEO, MEO, GEO, or beyond.

NovaWurks is democratizing space where anyone, regardless of background, can bring their innovation, ideas, and talent to the market. The HISat PAC construct has the ability to host larger payloads than can be hosted on CubeSats, and provides the interface to several standard launch adapters. Designing with HISats provides Scalability beyond CubeSats, Flexibility beyond CubeSats, and Resiliency that rivals any unmanned satellite flying in space today. All of the benefits of cellular architecture are cost competitive to current systems with the added advantage of saving NRE in payload design and integration.

If you are looking to fly a payload larger than a CubeSat can accommodate, then a NovaWurks HISat PAC has a solution that you need to investigate. Discuss with NovaWurks how a HISat PAC can provide everything needed, and all at a lower cost and a shorter build schedule.
novawurks.com/

Walt Mirczak is Director of Systems Engineering at NovaWurks™ Inc., a provider of high technology space products and services. Mirczak is responsible for leading the team in development of mission and system architecture concepts that incorporate innovative engineering approaches. With more than 30 years of experience, Mirczak has been responsible for multiple projects from conceptual design through on orbit operations. He held a series of progressively responsible positions at Northrop Grumman Aerospace Systems including TDRSS Launch Team Leader and On Orbit Test Manager.

Bill Crandall is the Chief of Advanced Projects at NovaWurks™ Inc., a provider of high technology space products and services. He oversees and is responsible for business development and project management at the company. He has more than 30+ years of experience working an all aspects of hardware design, including the building process and the testing of high reliability products. He also has more than 20+ years of experience working on space-qualified hardware.