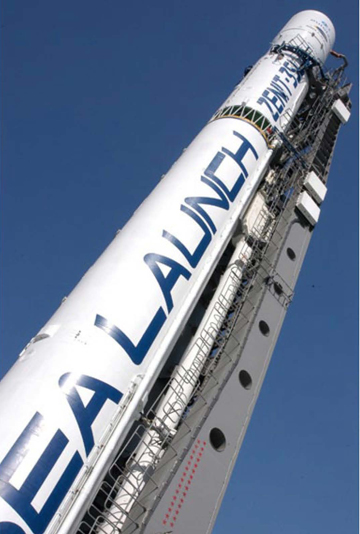 Sea Launch is no stranger to bold ideas. Our concept of designing, building and owning our range and launching commercial spacecraft from a platform at the equator with minimal launch personnel is unique in the industry. The first launch of the Zenit-3SL in 1999 marked the culmination of four years of intense planning and development, performed by thousands of talented professionals around the globe through an international partnership comprised of RSC Energia, Yuzhnoye SDO/PO Yuzhmash, Boeing Commercial Space Company, and the Anglo-Norwegian Kvaerner Group. In that one successful launch, we broke the barriers of skepticism. We proved the concept worked — and worked well.

Through 30 missions launching from the Odyssey platform at sea and four missions at Pad 45 at the Baikonur Cosmodrome, Sea Launch continued to provide innovation, flexibility, diversity of supply and choice to the industry’s established launch providers.

However, problems originating with inadequate corporate capital structure, inefficiencies in the hardware production supply chain, and devastating price erosion in the launch services market, led to a Sea Launch decision in June 2009 to file for reorganization under Chapter 11 of the United States Bankruptcy Code, in the U.S. bankruptcy court for the District of Delaware. The Chapter 11 filing was commenced in order to enable the Sea Launch group of companies to restructure their business and to eliminate certain of their debts, as permitted under U.S. Bankruptcy law.

Challenges Faced During Restructuring
During the subsequent 16 months, Sea Launch had to set about restructuring our business in a way that made sense going forward for both our customers and stakeholders. This meant attending to the inadequacies in our original business plan, addressing organizational challenges, and restructuring operations. A number of issues needed to be focused upon such as: 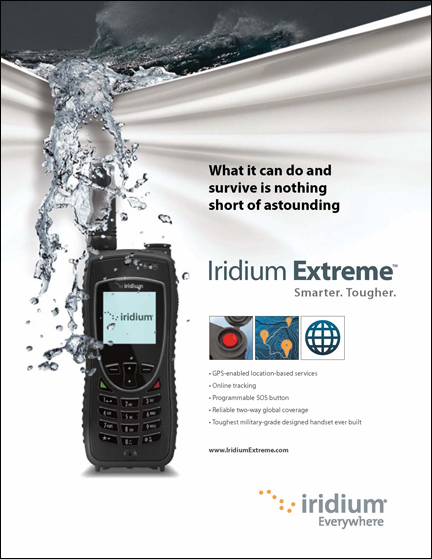 Sea Launch Company, L.L.C. historically functioned as a five-party joint venture, with all the inherent complexities and inefficiencies associated with that structure. One of the objectives during restructuring was to transition the new Sea Launch AG organization into one having a more simplified structure.

Founded in 1946, RSC Energia is a leader of the Russian and international space industry and one of the largest space integrators, receiving about 40 percent of the total Russian Federation space funding and employing approximately 18,000 people. As the prime contractor for all Russian Federation manned flights, RSC Energia receives a significant portion of its revenues from manned programs, NASA ISS station re-supply, and other federal contracts. Energia’s lists of accomplishments reads like the history of Russian space exploration (Sputnik-1, Luna, Vostok, Mir, Salyut Space Stations, Buran, Progress, and Soyuz TMA spacecraft).

Capital Structure
Through the injection of EOL’s $155 million in equity, EOL received approximately 95 percent of the common shares of reorganized Sea Launch AG. Boeing and Aker retained five percent of the newly formed equity. Under the approved Restructuring Plan, all of Sea Launch’s debts incurred during the development phase and subsequent years were discharged in an agreed upon manner.

The end result is that Sea Launch AG has emerged with an improved balance sheet and no external debt, with sufficient equity, working capital and access to lines of credit to support its long-term growth going forward. 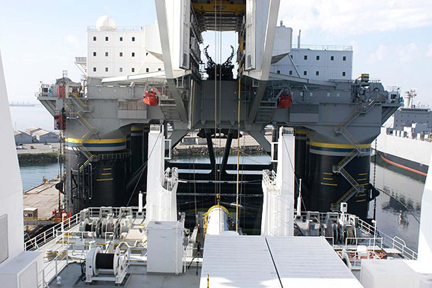 Supply Chain Restructuring
In the pre-petition organization, Sea Launch Company, L.L.C., from its Long Beach, California offices, acted as the prime contractor for all Russian, Ukrainian, Norwegian, and U.S. hardware and services contracts. This presented some challenges in the areas of manufacturing and production oversight, subcontractor payment flow-downs, and audits with the major sub-component manufacturers on the Zenit-3SL, particularly in Russia and the Ukraine. Limited access to Russian sites and advance notification periods for non-Russian nationals contributed to a lack of transparency that has since been corrected.

Under RSC Energia’s leadership, the organization has a renewed focus on strengthening all aspects of the Zenit-3SL hardware and services supply chain, including Russian oversight of all Commonwealth of Independent States (CIS) contracts for hardware and services, transparency in conducting customer audits and performance guarantees on key suppliers. In order to help accomplish this, Energia Overseas has formed two subsidiary organizations called Energia Logistics United States (ELUS) and Energia Logistics Russian Federation or (ELRF).

Upon the completion of restructuring activities in October 2010, Sea Launch AG has placed orders on the next 10 sets of flight hardware (Zenits #31 to 40) with our ELUS prime subcontractor. Since that time, Zenits #31 and 32 have shipped to support our 2011 launch manifest and production has resumed on the remaining eight vehicles supporting launches through 2013. 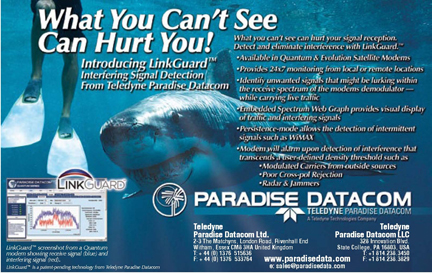 As part of a broader consolidation initiative currently taking place within the Russian Federation space sector, the head of the Russian Federal Space Agency (Roscosmos) recently confirmed RSC Energia as the leader of a new holding company integrating engine manufacturer NPO Energomash — followed by the planned future integration of TSKB-Progress and other Russian space companies. RSC Energia remains firmly committed to the success of the Zenit launch family going forward, its plans to integrate the supply chain and to serve the needs of the commercial satellite industry.

Organization
As proud as we are of our technical prowess, it is the Sea Launch people who are the core of our success. Sea Launch counts hundreds of experts in more than four countries, but each employee is dedicated to making sure every individual launch delivers maximum value to our customers. During the restructuring process, the core critical employees continued to keep the business and operations proceeding effectively. Established processes were preserved and experienced personnel were re-hired and retrained with respect to customer, insurance and spacecraft manufacturer interfaces, engineering and mission assurance oversight and authority, safety and regulatory requirements, contracts development and oversight, mission integration and operations skills (certified launch operators). This process has been very successful with the average experience of the retained Sea Launch engineering and operations team being greater than nine years, and 20 missions of direct Sea Launch experience. 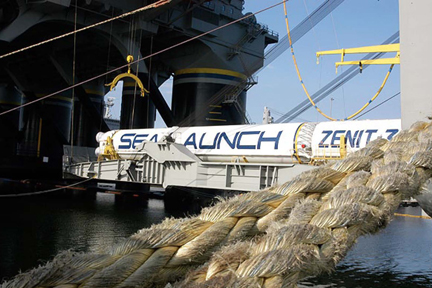 Roles + Responsibilities
While the organization from which Sea Launch AG provides its launch services has changed with the restructuring, the people, parts and processes that have made us successful in our past 30 missions has not. The Zenit-3SL launch system maintains its original configuration and suppliers.

From its headquarters located in the Canton of Bern, Switzerland, Sea Launch AG provides the direct customer interface for the Sea Launch Zenit-3SL launch system. These services include not only all-inclusive launch services, but schedule assurance, financing, risk management, insurance, and creative contracting solutions to meet the changing demands of the commercial launch market. With an objective of providing an industry-leading launch experience for all of its customers, Sea Launch AG has a highly experienced group of executives and personnel to support these activities, with expertise in executive management, strategic planning, finance, contracting, legal, sales, marketing, communications, and customer relations.

Sea Launch AG owns and manages the primary technology, patent, and other intellectual property assets of the Company. These include the Odyssey Launch Platform and the Assembly and Command vessels located in the Home Port facility in Long Beach, California, and the unique know-how associated with launching satellites from an ocean-based launch platform located directly on the equator.

Sea Launch AG contracts directly and exclusively with ELUS as its technical partner for the delivery and execution of Sea Launch Zenit-3SL launch services. 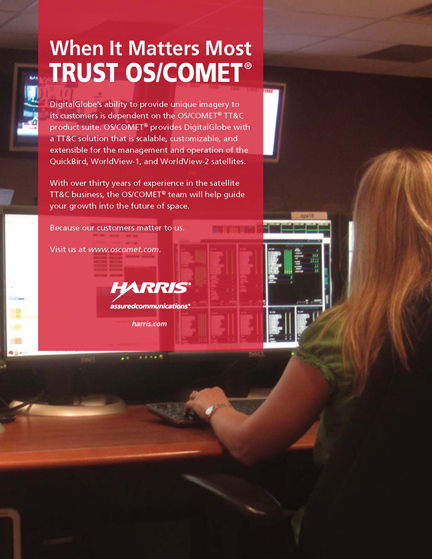 Energia Logistics United States (ELUS) — is responsible for implementation and provision of launch services including ordering and payment of all flight hardware. ELUS delivers overall Mission Assurance and Systems Engineering oversight and verification including configuration control of flight hardware and software. This organization functions as a prime subcontractor to Sea Launch AG and is responsible for providing all engineering oversight and mission assurance functions, launch operations and procurement of all Russian and Ukrainian hardware and services, as well as those from domestic and other international sources. ELUS manages the operations at Sea Launch Home Port, and also performs mission integration, and mission and range operations functions.

RSC Energia is responsible for fabrication and assembly of Block DM-SL, the overall launch operations of the rocket segment at Home Port, lead integrator for payload integration, mission analysis (PIMA) and the monitoring of related subcontractors’ performance to schedule and providing technical services to ELRF.

PO Yuzhmash is responsible for fabrication and assembly of Zenit 2S hardware and monitoring of related subcontractors’ performance to schedule. 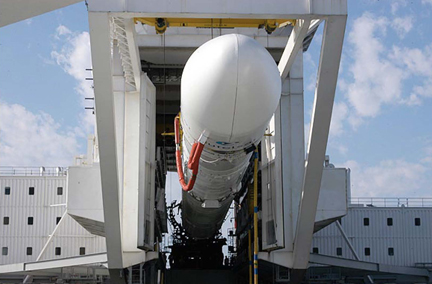 Looking Forward
The satellite communications business holds new and exciting possibilities, and we are constantly striving to anticipate and meet changing market demands. From increased lift capabilities, to exploring larger fairing sizes for even bigger satellites, we continue to drive innovation in the launch service industry, reliably and accurately delivering spacecraft to orbit for customers worldwide. Why? Because our customers are aiming high — and so are we.

Return To Launch Operations
At the time of writing this article, Sea Launch is in the midst of preparing for our 31st mission with the launch of the Eutelsat ATLANTIC BIRD™ 7 spacecraft in September 2011, launching from our equatorial launch site located at 154 degrees West.

In parallel with this effort, Sea Launch is also conducting a launch campaign for the Intelsat IS 18 spacecraft where mission operations and integration efforts are now underway. The launch of Intelsat 18 is scheduled for early October 2011 from the Baikonur Cosmodrome in Kazakhstan.

These launches are expected to occur from two separate launch facilities within 11-12 days of each other, demonstrating the versatility, experience, and depth of the Sea Launch launch teams as well as the robustness of the Zenit-3SL/B system.

Building A Better Sea Launch
Sea Launch AG currently has a backlog of nine (9) launches valued in excess of $1 B. With a launch capacity of up to six to seven launches annually, Sea Launch AG plays a vital role in providing diversity of supply, affordability, and flexibility for the industry’s satellite operators.

All of the restructuring efforts undertaken by Sea Launch would have been inconsequential without the dedication, vision, and commitment of the existing Sea Launch customers who played a large part in supporting a restructured Sea Launch and our employees, whose professionalism and experience were drawn upon continuously to build a better Sea Launch.

About the Author
Kjell Karlsen is the President of Sea Launch AG; the provider of the Russian, Ukrainian, and U.S. built Zenit-3SL heavy–lift launch service to the industry’s satellite operators. Mr. Karlsen has been with Sea Launch since 1999, starting as the company’s CFO and participating in all Sea Launch Zenit launches.

Mr. Karlsen received his Bachelor of Science degree in Business Administration from the University of Oregon and a Masters of Business Administration degree from Lehigh University. He is also a graduate of the Norwegian Air Force Training program. Prior to joining Sea Launch Company L.L.C., Karlsen was President of Kvaerner, Inc., and the Norwegian shipbuilder’s U.S. headquarters in Philadelphia. Concurrently, he was Vice President of Kvaerner Financial Services, Kvaerner’s U.S. treasury operation and also held executive positions with Den norske Bank of Oslo, Norway. Mr. Karlsen serves as a Board of Directors member for the Long Beach Grand Cru, benefitting the Legal Aid Foundation of Los Angeles. In 2011, he was named as one of Space News’ “10 Who Made a Difference in Space”. 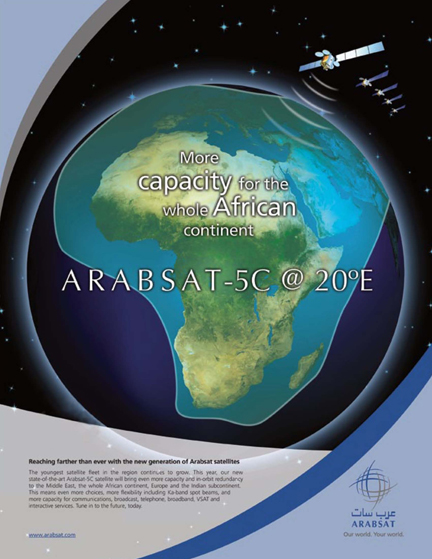