In an emergency, minutes matter—however, the aging technologies currently supporting search-and-rescue (SAR) missions can often hamper the efficiency and efficacy of teams racing to save lives. 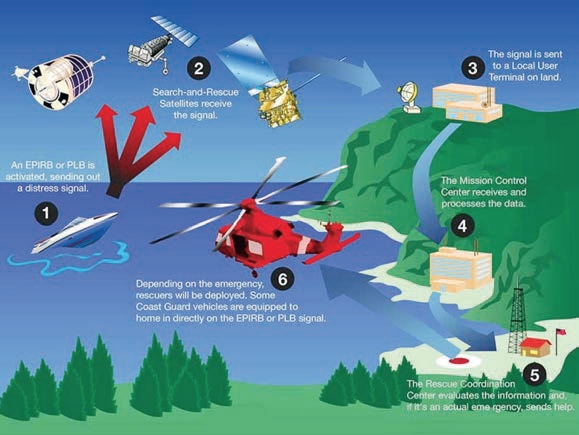 The current system for collecting and disseminating SAR information is dependent on satellites that are nearing their end of life, resulting in critical gaps in coverage for locating and tracking emergencies once they fail.

The renaissance in smallsat-fueled space mission design, and the increasing commercialization of the Low Earth Orbit (LEO) regime, offers an opportunity to enhance emergency search-and-rescue efforts, often at a significant cost savings over government-developed and deployed systems. In the same way the commercialization of communications satellites in the 1960s and Earth Observation (EO) satellites in the 1990s transformed those predominantly governmental functions, industry now has an opportunity to provide an important public service through the use of space-based radio frequency (RF) spectrum survey technology.

At HawkEye 360 (HE360), one of the company’s goals is to use innovations in technology and data analytics to provide disaster response agencies and search and rescue teams with more accurate and timely information, allowing them to better pinpoint people in distress (including first responders) and characterize the post-disaster environment. 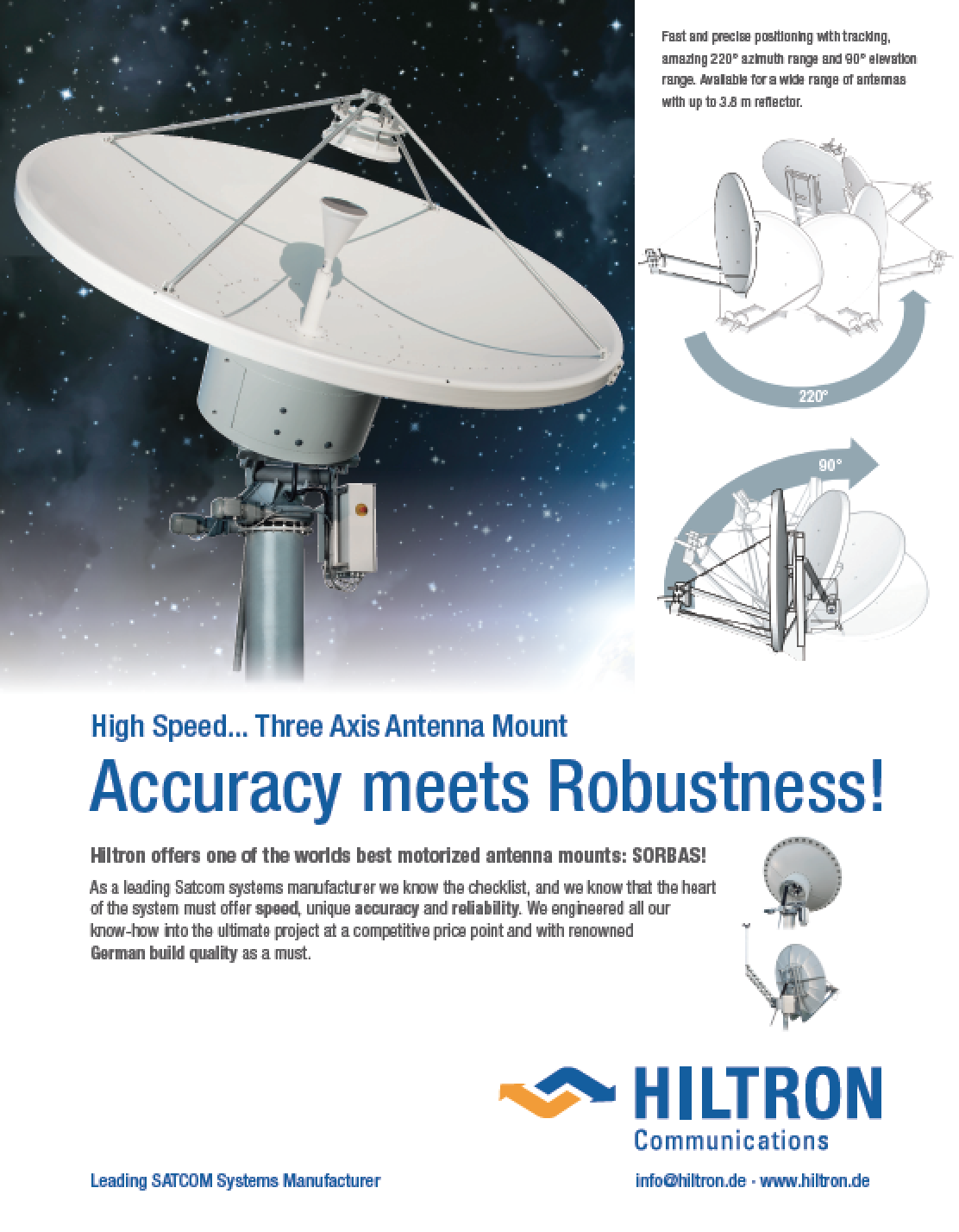 The HE360 system, if necessary, aims to bring commercial satellite support to civilian and military search and rescue (SAR) efforts by providing favorable spacecraft collection geometries and low altitude collection. The company has designed commercial RF sensing, geolocation, and analytics capabilities to independently locate and collect information from emergency locator beacons and to account for damaged GPS receivers or locations with poor GPS reception. These are important qualities that will help to maximize the probability of detection and geolocation for isolated persons, especially in mountainous terrain.

The HE360 team plans to work with first responders and emergency government agencies to quickly gather critical intelligence and offer multiple services to support response efforts. Working in close collaboration with these agencies, the company can help take the “search” out of search and rescue by providing a cost-effective replacement to the government’s aging satellite-aided detection and geolocation infrastructure.

Each of these beacons report their registration number and GPS location, if available, directly to the SARSAT system to automatically stimulate a SAR response. This system requires the user to make a one-time purchase of the appropriate beacon (based on intended use) and properly register the unit with their country’s SARSAT administrator.

Since the beginning of the program in 1982, the SARSAT system has contributed to the rescue of more than 41,000 people worldwide—with more than 280 persons rescued in just the US last year. However, this important system now faces identified gaps in coverage due to the natural aging of the host satellites. These gaps may occur as early as this year while the identified replacement government host satellites experience schedule delays and cost overruns.

As the Trump Administration looks to modernize the United States’ space-based infrastructure, the commercial space industry is well positioned to provide advanced capabilities for the SARSAT mission as well as others at a fraction of the cost of government-developed systems.

HE360 offers an example of this emerging capability. By using smallsats, the company aims to bring capability and capacity to the market at a fraction of the cost of traditional government satellite systems.

For example, many government space systems cost hundreds of millions, or even billions, of dollars to develop, launch, and operate. Secondary Payload (such as SARSAT) integration costs for these large, complex satellites can range from $50 million to $100 million. The integration cost savings alone have the potential to fund decades of the company’s commercial support to SAR.

These commercial systems typically send location reports to user-designated lists via email or text message. While good for keeping loved ones apprised of location and activity, they’re not necessarily fully integrated with the NOAA SARSAT system or the international Global Maritime Distress and Safety System (GMDSS) which, in some cases, could delay search and rescue responses should a user need immediate assistance.

HE360’s approach to commercial SAR support will be quite different. The firm is designing what is believed to be the first commercial satellite system to detect, collect, geolocate, and report multiple signals of interest, including the 406 MHz international rescue beacon standard.

In addition to the 406 MHz standard, HE360 is evaluating an ability to also detect, collect, geolocate and report man overboard (MOB) beacons using the Automated Information System (AIS). In some respects, an AIS-enabled MOB beacon is a better solution for ocean-going mariners because it provides an immediate notification to their ship should they fall overboard, thus allowing for a speedy recovery.

The biggest downside to these AIS MOB beacons is the lack of satellite collection coverage and automated reporting to the GMDSS. (Author’s note: Providing that satellite solution is of particular interest to me, as I carry an AIS MOB beacon when I race sailboats offshore.)

During 2016, HE360 conducted multiple airborne proof-of-concept tests using a commercial prototype of our satellite’s software-defined payload and our geolocation algorithms. Targeting a “bursty” signal as the test signal, HE360 subsequently demonstrated that its system can produce geolocations on par with those demonstrated by the testing of NASA’s Goddard Space Flight Center prototype Distress Alerting Satellite System (DASS) payload, and well within the overall system’s miss-distance requirements.

Flexible Options for Search and Rescue
Currently, the Search and Rescue Satellite Aided Tracking (SARSAT) system and the planned DASS use a dedicated secondary payload on board government-owned satellites. These dedicated payloads are expensive to build and operate.

The HE360 system is designed to be multi-purpose and cost-effective, allowing the system costs to be shared across multiple customer sets, lowering the per-customer operating price.

For example, one receiver on one of the HE360’s three spacecraft clusters will be used to continuously monitor for a 406 MHz beacon, freeing up the remaining receivers to conduct other customer missions. Should that one receiver hear a distress call, it would issue an immediate tuning request to the other spacecraft receivers. This would allow HE360’s system to rapidly, and efficiently, identify and geolocate the distress beacon using similar frequency and time difference of arrival (FDOA/TDOA) geolocation algorithms to those demonstrated by NASA Goddard during their DASS proof of concept testing. This multi-use construct would significantly offset operating and maintenance costs compared to a dedicated search and rescue system.

HE360’s software defined radio (SDR) receivers will also provide the capability to expand the types of rescue beacons that the firm can support. For example, if someone with a commercial SATCOM tracking device is in distress, but has problems reporting their GPS position, the HE360 system could be tasked to locate that user.

Also planned is support for legacy search and rescue beacons if the need arises. Also being investigated is the detection and geolocation of first responder radios/beacons so that HE360 can assist, should the rescuers themselves ever need to be rescued.

Disaster response beyond search and rescue
HE360 is also examining opportunities to support disaster response agencies such as the Federal Emergency Management Agency. For example, in the chaotic aftermath of a natural disaster, such as a hurricane landfall, one of the critical first tasks is to establish reliable lines of communications between first responders, disaster response agencies, rescue organizations, and survivors. Today, this assessment must be performed on the ground by personnel deploying RF survey equipment in a costly, slow, and potentially hazardous process.

In the future, HE360 aims to minimize cost and reduce personnel risk in this mission area. HE360 is designing its RF mapping capability to quickly identify the wireless communications technologies (e.g., radio towers) still in operation and the available communications mechanisms. This allows a safe and cost-effective way to assess and establish lines of communication between the relief organizations and the survivors.

Cost-effective solutions
As has been noted over the past decade, replacing the nation’s aging on orbit infrastructure has proven to be a time consuming and costly endeavor—but it doesn’t have to be. Sensible alternatives are available, now, that can provide mission solutions at a fraction of the cost and schedule normally associated with government-developed programs.

This is especially true for secondary (in size/weight/power terms, not importance) payloads, such as SARSAT supporting the SAR mission. HE360 looks forward to working with the Trump Administration to identify and implement the areas where the commercial smallsat industry can help achieve this most important, life-saving task.
he360.com/ 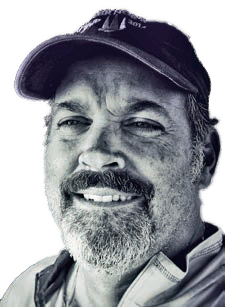 As Vice President at HawkEye 360, Russ develops and manages relationships with commercial, government, and international clientele. He is a retired US Air Force Lieutenant Colonel with more than 25 years of space, satellite, and aeronautics experience.

Since his retirement from active duty in 2011, Russ has served in key business development positions with SAIC and Northrop Grumman and owns his own consulting firm focused on aerospace technology market analysis. An accomplished competitive sailboat racer, he also enjoys songwriting and playing his guitar in church.