Satellites are at the heart of the technological developments shaping our era — they affect the way we live without many even realizing their crucial contributions: satellites make us safer, predict the weather, provide modern conveniences, broadcast entertainment, and implement ubiquitous communications, among other services. 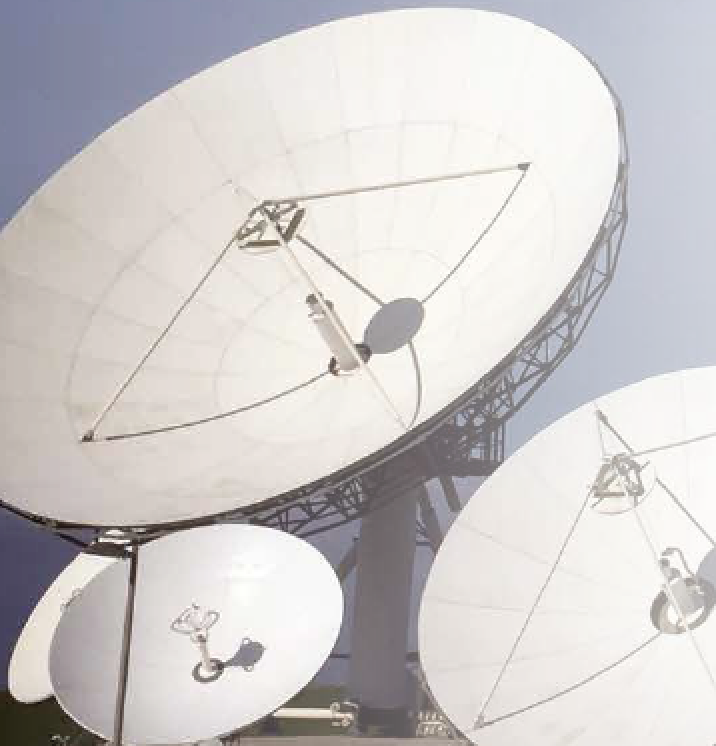 Independent of the mission satellites are designed to achieve, such as broadband communications, broadcasting, weather monitoring, Earth Observation (EO), and navigation, when looking up at the sky, the realization strikes “that is where everything is happening.”

However, those who work in this industry know that the overall satellite ecosystem is built due to the integration of the space segment (satellites) and the ground segment (teleports, remote antennas, baseband systems and terrestrial networks). A key element of this ground segment is the teleport, also known as Earth Station or ground station.

The teleport facility is the nexus between Earth and space, the hub where data traffic and video signals are collected, processed and transmitted to the world via the satellites, or received from the satellite and distributed to terrestrial networks. These days, it is easy to ignore the importance of the teleport as a core element of the satellite ecosystem.

In the new, upcoming era of LEO constellations with on orbit satellites of all sizes and purposes, digital processing — once destined to remain ground-based — is conquering the skies to make more efficient use of the radioelectric spectrum and to provide higher orders of magnitude of bandwidth. Ground systems development is now playing catch up with the technology flying in space. 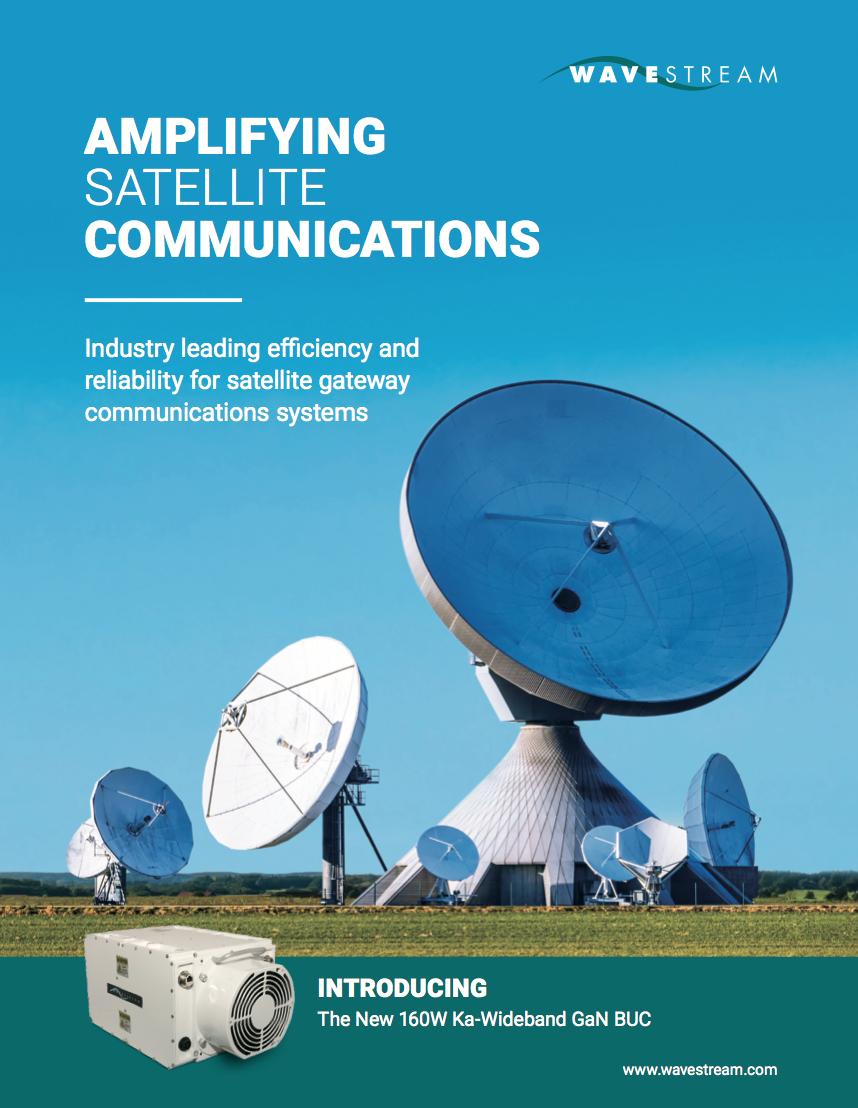 This industry is ready to launch constellations of communication satellites to connect the underserved. However, remaining to be determined is how low cost, size, weight and power (SWaP) user terminals can be developed in order to make mass adoption of universal broadband communications a reality.

EO satellites can now be developed and built on smallsat platforms with capabilities that were unimagined only a decade ago. Yet, the process of acquiring and analyzing the vast amounts of images and data that will be generated by these constellations and sent back to Earth continues to occupy companies as they create a myriad of compelling applications to attract end-users. These attractions are achieved through the development of new value products and their associated income generation. Some of the disruptive technologies being advanced will catch on — new ventures that originate from such work will be determined to be successful once lucrative business cases have been delivered and viable returns on investment are realized.

One of the teleport facilities engaged in such endeavors lies in the outskirts of the town of Santander, in the north of Spain. Unlike most European teleports that have several decades of history, Santander Teleport has had a relatively short lifespan since the facility’s first service in 2010.

The company was originally established as a joint venture between Erzia Technologies and MTN Satellite Communications. Erzia Technologies was founded in 2002 by the entrepreneur and current CEO of both Erzia and Santander Teleport, Luis García. Today the teleport has grown under his leadership to become a worldwide reference in serving critical aerospace and defense missions through the design of radio frequency and microwave electronic systems as well as providing highly reliable MSS and VSAT communications.

MTN Communications, founded by another well-known entrepreneur in the industry, Richard Hadsall, is now the global entertainment and satellite communications service provider for Global Eagle Entertainment, a company that provides Inflight Entertainment (IFE), media content, connectivity and technology solutions to the airline and maritime industries.

Santander Teleport has grown to become a modern, state-of-the-art facility that is trusted by satellite operators and service providers to enterprise and government clients. The teleport has supported a variety of customers and services such as: on orbit tests for satellite operators; teleport services to accommodate Gbps of video broadcast, voice and data traffic communications for various types of vessels (fishing, commercial carriers, research vessels, government navy vessels, ferries, superyachts or cruises); or custom solutions for the Spanish Antarctic Base Juan Carlos I and the fleet of oceanographic research vessels of the Spanish government that include the prestigious Hesperides ship operated by the Spanish Navy.

The teleport has also been a key pillar in the course of crucial events providing video feeds and data communications during the 2010 FIFA World Cup and supporting the deployment of relief efforts during the devastating earthquake that struck Nepal in 2015. 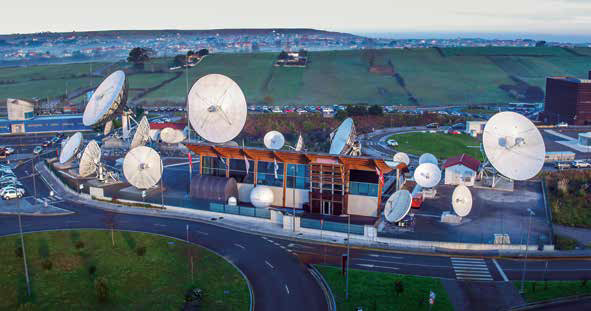 This year was started with a plethora of good news for the company — Santander Teleport rose to the top ranking in the WTA Fast 20 Teleport Operators in January and was later nominated one of the three finalists for the WTA Independent Teleport of the Year award with Telespazzio and US Electrodynamics. The honor eventually went to Telespazzio during the ceremony that occurred in March in Washington DC. Carlos Raba, Managing Director of Santander Teleport, received the WTA Top Executive Award.

While this is all good news for the teleport operator, the company will not lose focus on what the firm accomplishes, or their own values, such as their commitment to quality and good practices that are exemplified by ISO9001:2015 certification Santander has held since the firm’s launch.

Looking into the future, Santander Teleport fully realizes the company’s strengths as a medium size teleport operator. In the company’s strategy planning, the key is to create strong relationships with customers and partners to deliver levels of flexibility, focus and responsiveness — the perfect recipe for successful partnership.

During the last couple of years, Santander Teleport has been an early adapter for the new wave of HTS satellites by beginning to offer services that access two Intelsat EPIC satellites. Two new satellite operators are also working with the teleport operator to host their services with Santander after visiting the facility and becoming convinced of the teleport’s level of experience, expertise, quality of standards and high level of technical and managerial competence.

An increasing number of HTS operators are looking beyond their own teleport facilities in order to access the full potential of satellites that are capable of processing hundreds of Gbps. Simply stated, there is not enough spectrum available from a single teleport location to satisfy this need. The distributed ground segment architecture is part of the paradigm of ecosystems brought by operators of HTS, vHTS and LEO constellations.

There can be no doubt that the following years will be some of the most exciting times the satellite industry has ever experienced. Disruption and transformation will bring new threats as well as new opportunities, which companies such as Santander Teleport must face to continue being relevant in the future. The transformation of this industry has gone far beyond “will it happen” and has entered the phase of “it is happening now.”
www.santanderteleport.com
info@santanderteleport.com