Once again, as the D.C. Satellite Show ended, our Satellite Interference Reduction Group (IRG) “gang” headed for Tyson’s Corner; however, instead of hitting the shops (much to Helen Weedon’s initial disappointment), we headed to Intelsat for our IRG workshop.

The D.C. show had been quite interesting and offered several amazing and interesting announcements. It is clear that satellite is changing and satellite operators are having to embrace other networks and business models.

This was acutely apparent with announcements from the likes of Blue Origin and Eutelsat. So, I kicked off our IRG workshop at Intelsat with the reflections of an old man, my take on the show, the industry and what we are doing incorrectly.

I attended a number of panel sessions throughout the week and even those where interference should have taken center stage, it didn’t. Inmarsat’s Mark Steel put it well when he commented that the industry just thinks it is being solved by the engineers, so there is nothing more to be done. Of course, we know that is simply not the case. 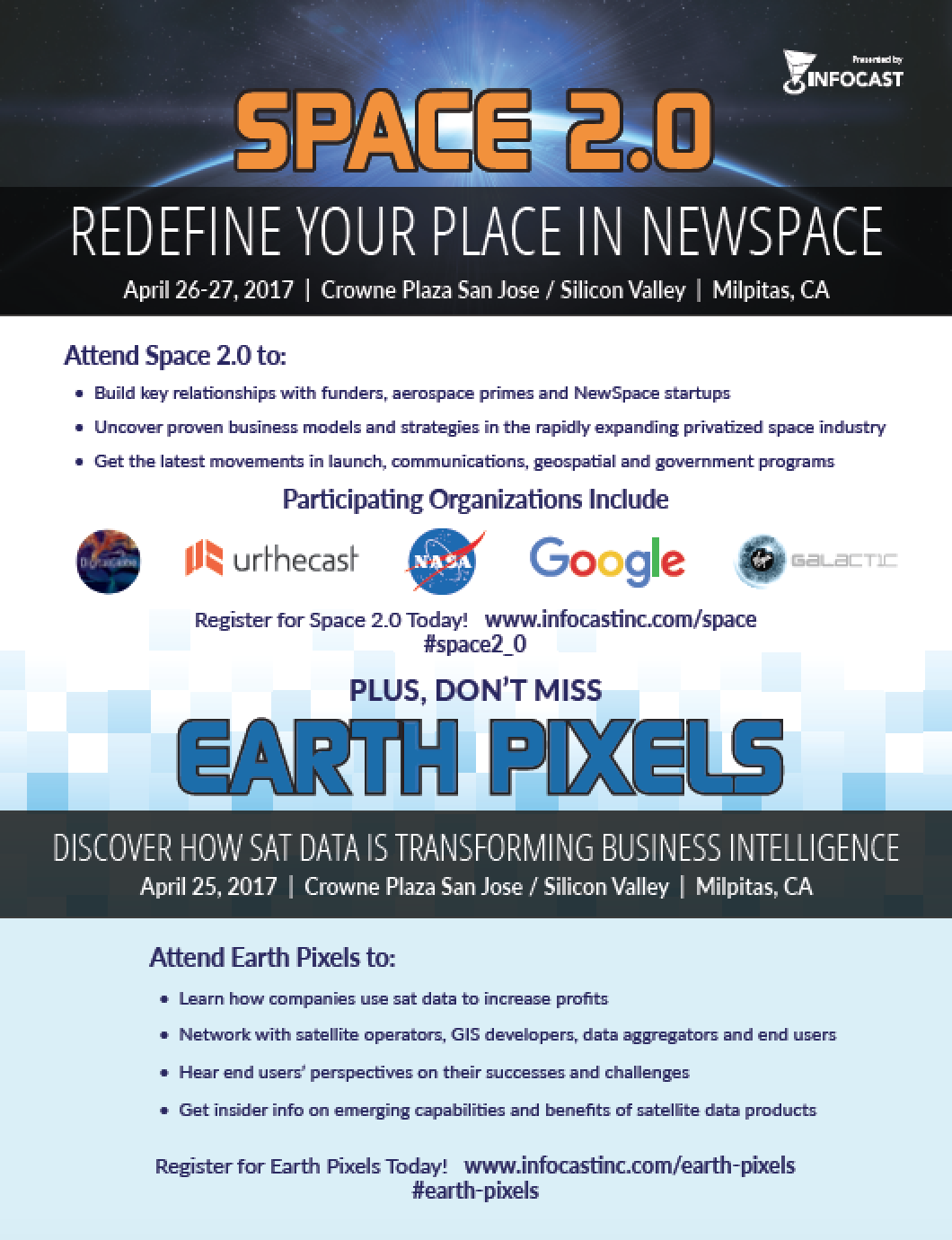 Trevor Willoughby of Intelsat posed the question as to whether some in the industry have been doing the same old thing, the same old way, for far too long. Although innovation is now happening on a larger scale, he commented that the industry has only just woken up. He backed his comment up with the fact that the new Epic series of satellites have interference mitigation technology already on board.

That said, we then moved onto hear about companies who are innovating within the interference reduction realm, including Andy Lucas of Comtech EF Data who discussed emerging ecosystems. Roger Franklin at Crystal told us why we need to automate to effectively reduce satellite interference and Alvaro Sanchez of Integrasys further backed that story up, talking about the implications of not maintaining and automating VSAT systems.

Clever flat panel technology was discussed by David Garood of Phasor. With Communications-On-The-Move (COTM), my concern is always that people not trained in satellite equipment can all-too-easily cause interference. David commented that Phasor antennas won’t transmit until the unit locates a satellite, which is then verified when demodulated. The antenna does use what I like to call a “proper” tracking system (who remembers monopulse?), which I find reassuring; however, we shouldn’t forget that things can and will go wrong, so we need to ensure things are in place to resolve issues as soon as they occur.

I wrapped up day one by reminding everyone that it is clear that the dynamic within this industry is changing and we need to be proactive if we want to resolve interference. That means better tools and solutions, along with automation.

Day 2 kicked off with good old Carrier ID as the cause célèbre and with a plea to the manufacturers to ship equipment with CID turned on by default.

Moving on, we asked what is today’s interference technology puzzle and there are actually numerous pieces that need to fit together to make a real difference. That includes Carrier ID as well as VSAT tools, and “Just Data.” I used that term, as I think “Big Data” is somewhat misunderstood and overused, but in reality, it is just data, followed by the means to process that information.

As with day 1, the next important part was to launch into the actual tools that are making a difference. That was kicked off by Bob Potter of Kratos who told us about SatGuard, which has quite frankly revolutionized VSAT interference identification and resolution.

From there, we moved on to a different type of geolocation with Erwin Greilinger of Siemens Convergence Creators who presented SIECAMS. He discussed some of the constraints of traditional geolocation systems and how the SIECAMS single satellite solution overcomes those constraints.

Thierry Balanche of Zodiac Aerospace gave us a highly visual presentation of the different cogs that connect together to help us solve interference, similar to the puzzle analogy. We need the engineers and manufacturers to build the various cogs that can work together for the greater good of the industry.

This was followed by an update from Mark Rawlins of the Space Data Association and Dan Oltrogge of Analytical Graphics Inc. about the upgrades to the Space Data Center (SDC). Earlier that week, SDA and AGI announced a longterm agreement to launch an upgraded SDC Space Traffic Management service. As well as a highly accurate, independently generated catalog of space objects, it also features a number of features to combat interference. This includes the construction of geolocation scenarios and a Carrier ID database.

Having introduced the topic of data, we dove deeper into data, machine learning and cognitive computing. Buzz Merrill started with the very, seemingly, simple question: “Do cats drink milk?”

Of course, you and I know the answer to that, but the computer needs to understand what cats are, what milk is... even what “drink” means. Once the computer can put together all of that information and use existing material to evaluate and learn, it can come back with the answer.

Buzz noted that big data by itself is not intelligent and doesn’t learn. However, the more information we put in, the more the systems can be trained and learn deliver resolutions. In the interference world, that is all about putting in information around real life cases and scenarios so that similar cases can be resolved much more quickly by learning from past cases. The key thing here is not to replace the humans, but to help the humans. 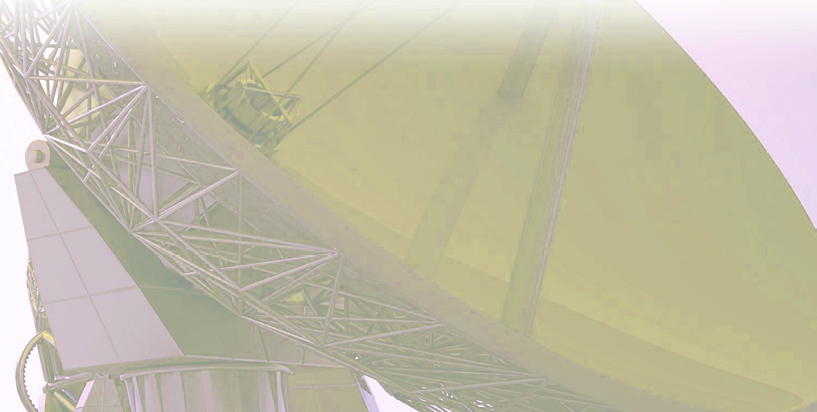 • ASI is a large contributor to the RFI environment, accounting for around 50 percent of interference cases.
• Mobility services are increasingly contributing to RFI
• VSAT networks are continuing to grow
• There is an expanding range of communication service types and products
• With a range of LEO, MEO, and GEO orbits using shared bands, it is becoming increasingly difficult to identify short term disruptions.
• HTS multi-spot beams may reduce, or may contribute to RFI – we will have to wait and see.
• Operational teams need a range of skills due to the variety of services.

These are naturally all leading to further complicating the life of a satellite operator engineering teams, and especially those at the front end of dealing with interference events.

On a technology front, traditional monitoring will be the solution for most of these issues. At the same time, working with other operators will be key to solving these.

This is where organizations such as the SDA come in, enabling RFI data sharing. Steve also posed an important question as to where the IRG and SDA fit in. In his mind, and I agree, IRG is the forum for raising the issues, identifying the problems, and discussing with the different stakeholders. Once the problem is identified, there is a role for organizations such as the SDA to handle the operational services. He closed his presentation by commenting that we need to promote the benefits of both the IRG and SDA globally to encourage more participation. Also, all operators should be talking to one another.

As you can tell, this event was yet again a packed couple of days with some great discussion points. Toward the end of October, the IRG will have the annual workshop in Brighton, UK. Please book the dates in your diary — October 25 and 26 — and get in touch with IRG if you have an interesting topic to share at press@satirg.org.
satirg.org/
intelsat.com/

Martin Coleman is the Executive Director of the Satellite Interference Reduction Group (IRG). Martin is responsible for spearheading a number of significant initiatives and is committed to introducing new technology and processes to mitigate all types of satellite interference: VSAT TDMA Systems, BIG Data; a reference guide to Interference; sorting out those Difficult Cases including new standards and processes within the Geolocation industry; assisting the ITU in dealing with Harmful Interference; and implementing Carrier ID (CID). Martin regularly addresses the industry on the subject of satellite interference, at global industry events, on an individual basis, and at IRG-led conferences and webinars.