For the information and communications technology omnivore, the annual Pacific Telecommunications Conference in Honolulu early in the New Year always offers a feast of new perspectives, new opportunities and new business associates as well as friends to meet.

For those more focused on the satellite communications world, the choices will be almost as broad as PTC’s “Big Tent” approach, which is delivered every year for attendees. The annual PTC conclave will gather at the Hilton Hawaiian Village from January 19-22, 2014, with much of the formal satellite activities taking place during the first two days, though receptions, parties, suite-based meetings and quiet conversations over Mai Tais by the beach will continue throughout the conference.

Never not bold, the World Teleport Association will kick off the satellite focused portion of the conference with a workshop Sunday morning, January 19, entitled “The Death of Fiber: Why Satellite is the Most Relevant Technology.” Given the long predicted demise of satellite communications as the world is “fibered,” this panel will certainly negate such conjecture . The session will feature:

“TED-style” presentations and discussions are promised that will easily replace that second cup of coffee for the jet lagged.

Next up on Sunday afternoon will be a roundtable on “Commercial Mobility Demand—Expanding the Bandwidth Paradigm for FSS and HTS”. This roundtable is organized by another PTC-supporting satellite organization, the Asia Pacific Satellite Communications Council (APSCC). This session, chaired by Chris Baugh, President of Northern Sky Research, will also feature proponents of both increasingly unconventional, conventional fixed satellite services solutions for mobile platforms—planes, trains, ships and others on the move—and the newer high throughput satellite options. Pierre-Jean Baylier, President of SpeedCast; Terry Bleakley, Regional Vice President, Asia-Pacific Sales, Intelsat; and Scott Sprague, CCO of Newsat, will bring their regional knowledge to bear from their respective home bases in Hong Kong, Singapore and Australia on this latest battle of “who’s got the correct solution.” 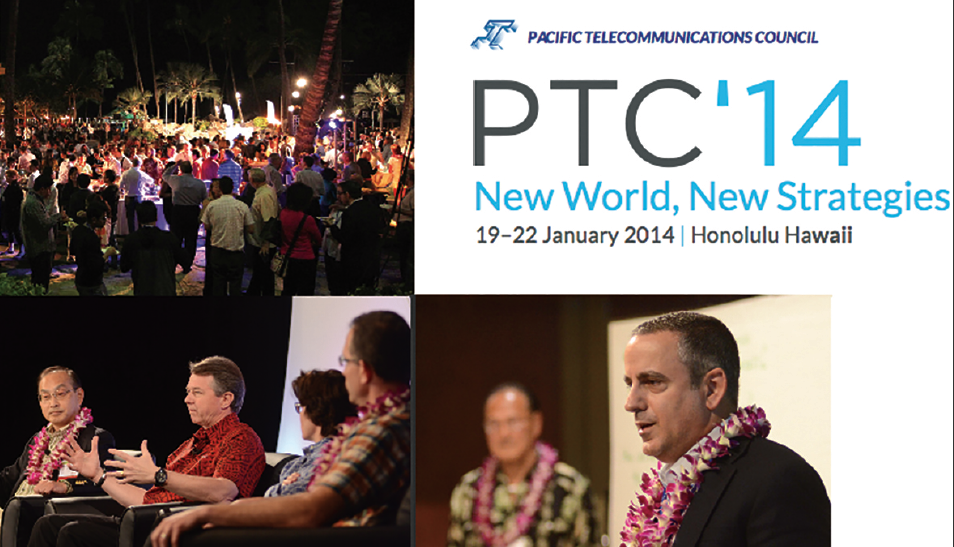 Those interested in satellite related topics will be able to maintain the pace into the afternoon of Monday, January 20, with the annual satellite Executive Insight Roundtable, whose theme this year, “New Strategies, New Business Models for Satellite.” This roundtable will deploy an all-star line-up of speakers moderated by Susan Irwin, President, Euroconsult USA, and Patricia Cooper, President, Satellite Industry Association. They will probe an all-star cast on the key topics of the day for the satellite industry, including Mark Dankberg, CEO, Viasat; Steve Collar, CEO, O3B Networks; William Wade, CEO, Asiasat; and Leo Mondale, Managing Director of Inmarsat’s Global Xpress venture, which will have begun, like O3B, deploying its global broadband satellite system as 2013 rolls into 2014.

The formal part of the day will finish out with a Topical Session—“New World, New Satellite Technology Solutions,” moderated by Tim Logue, Senior Director, Thales Alenia Space. This panel will focus on new technologies where space comes down to Earth. Panelists will include Stuart Daughtridge, Vice President, Advanced Technology, Kratos-Integral Systems, who promises to discuss noise-canceling headphones for your modem; Vern Fotheringham, Chairman and CEO of Kymeta Corporation, which is developing innovative antenna solutions for many applications using metamaterials; and Patrick Wong, Managing Director, Comtech EF Data Corporation, who will discuss how to get high quality “goodput” rather than just output at reasonable prices for satellite communications links.

For those who can absorb all of the promised new viewpoints in the first two days, one final speech will be well worth attending. On Tuesday morning, Robert Brumley, Senior Managing Director of Pegasus Global Holdings, will discuss his new venture, Laser Light Communications, which promises to bring fiber like throughput from a MEO satellite constellation. It may be no small coincidence that the satellite related sessions of the conference will begin and end with a knowing nod towards the long discussed rivalry between fiber optic based and satellite based communications, but with completely different answers to the traditional question: “beat them or join them.”

Register for PTC’14 at this link: https://registration.ptc.org/ptc14/index.cfm 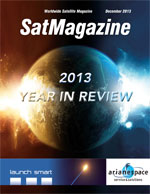