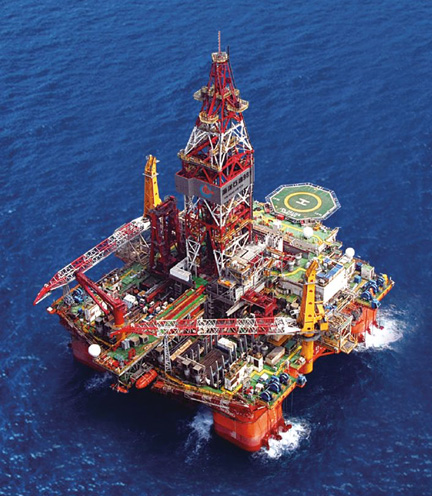 The Client + The Project
CNOOC provides communications services to the oil and gas industries in China’s South Sea. One of its critical needs is to provide communications between offshore drilling platforms, among the platforms and ships, and to have all connected to various onshore management and executive sites. CNOOC’s main challenge is to achieve cost effective reliable voice, video and high speed data communications in a simple-to-operate network.

CNOOC was already experienced with satellite technology having operated a Single Channel Per Carrier (SCPC) network. However, the company required a better long-term cost effective solution that would provide the advanced network services it needed to meet current and future needs. This solution had to be highly reliable and meet the changing needs of multi-media communications in remote location voice, video and data applications. Likewise, the solution chosen by CNOOC would have to be easy to install and operate, enabling users at sea—on rigs, platforms and ships—to configure a remote terminal with minimal effort. As the business is high revenue and highly competitive, secure and high-speed remote communications was mandatory for supporting its production operations.

However, providing direct business communications isn’t the only concern. In addition, employees often work long periods on a platform before rotating back to land. To enhance morale on the platforms, it is important to provide workers a way of calling, not only the office, but also family and enabling access to the Internet.

On the technical side, CNOOC’s mix of sites, stationary platforms and ships require on-the-move broadband connectivity. Thus, the VSAT network needs to be fully integrated with a mix of auto-point and stabilized antennas. Platforms support large and relatively heavier antennas, while ships need smaller auto-stabilized antennas. The different sites also have different application requirements—platforms have larger throughput needs, especially in the Return Channel, while ships are limited to smaller channels as a result of their smaller antennas. Thus, a network needs to be able to be efficient and concurrently support both higher data rates for some sites and smaller channels for others.

Finally, one of the offshore sites’ biggest challenges is the need to support both star (site-to-center) and mesh (direct site-to-site) network topologies. While hub-and-spoke topology works well in connecting Internet and similar server centric applications, voice and video suffer significantly, especially if there is an increase in latency, such as from a “double-hop” when two platforms need to communicate to each other. Therefore, CNOOC very much required a single network that could provide both topologies in a cost effective manner in terms of CAPEX for terminals, and OPEX of satellite capacity. 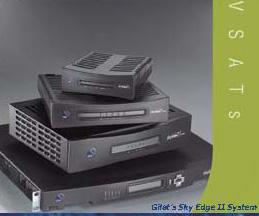 Finally, in meeting CNOOC’s request for lowering OPEX at installation and afterwards, Gilat’s SkyEdge II solution’s met expectations. Setup entailed minimal on-site configuration and afterwards, crew training, regular maintenance and hiccups related to lack of proficiency, or complexity of use, that greatly add to extra costs during early system use were dramatically reduced.

“The successful deployment of Gilat’s CNOOC VSAT network demonstrates our ability to meet the complex, high-performance standards and high-quality communications needs of one of the region’s, and world’s leading energy-services companies and once again is a testament to our ability to cater to the maritime market,” said Gilat’s Rudy Colson, Regional Vice President, Gilat Satellite Networks.

Expectations Realized
All together, the solution’s simplicity of use coupled with its new powerful technical capabilities not only enables CNOOC to run its maritime oil and gas communications at a low cost of total ownership, but also provides it with extensive new applications not previously possessed.

Using SkyEdge II, CNOOC now has fast and reliable communications service linking its entire maritime oil and gas operations together in one network.