An amazing track record—50 years have passed since the first sounding rocket was launched from Esrange Space Center.

Since then, Esrange, located in Kiruna above the Arctic Circle in northern Sweden, has well served the scientific community. More than 550 rockets and 520 balloons have been launched over the years over this vast, unpopulated area. Esrange Satellite Station has grown into one of the world’s busiest ground stations and serves a broad variety of customers.

The facility has been operational since 1966 and is presently used by the international scientific community for launching sounding rockets for microgravity and atmospheric research as well as high altitude balloons for astronomy, atmospheric research and drop tests of space and aerial vehicles.

SSC—Swedish Space Corporation—celebrated this 50th anniversary late last month along with customers and other stakeholders from the space industry from all over the world. The celebration included an Executive Roundtable that focused on the coming 50 years of Esrange and space industrial development, as well as an open house at the Space Center and a gala dinner in Kiruna city hall. 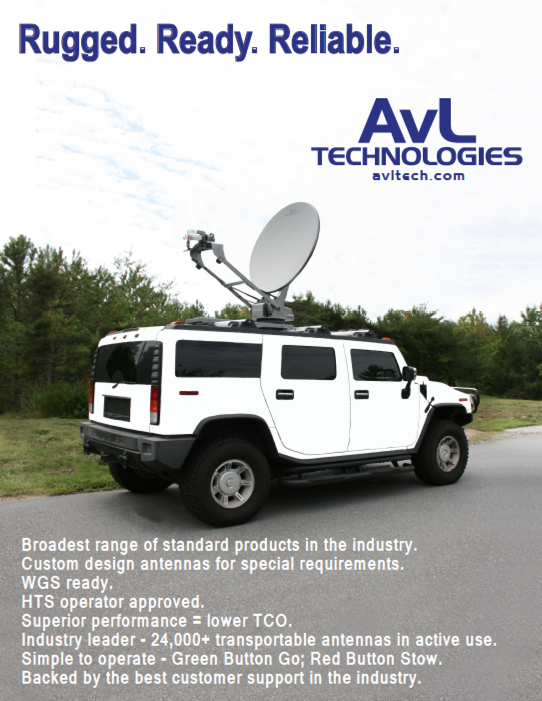 The aim was to establish a coordinated scientific program for peaceful space research, combined with advanced research for technological development and to support European industry.

An Important Role
How can space provide important knowledge and new solutions for many of the major challenges on Earth today? This was one of the issues discussed at the Executive Roundtable that kicked off this 50th anniversary celebration. The roundtable was followed by a gala dinner in the evening and a well visited Open House on the following day.

The changes in the space industry—”New Space”—and how to increase the benefit for the science community were among the issues discussed, under the headline “Utilizing Space for the benefit of Earth.” 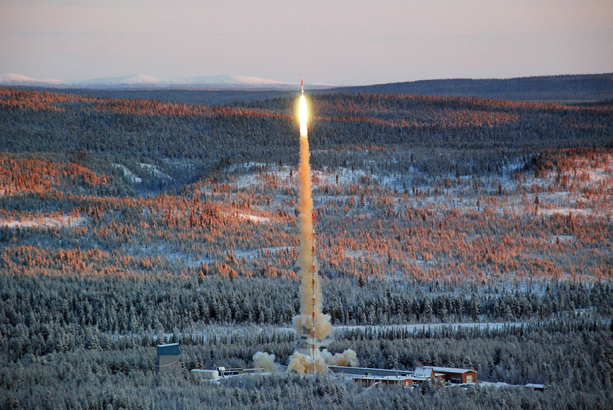 How space can provide important knowledge and new solutions on many of the major challenges on Earth was highlighted. All agreed Esrange plays a most important role now and for the future, not the least of which is establishing the capability to launch smallsats into orbit.

On the following day, the gates to Esrange opened to the public and approximately 720 people visited the center, most of them families. They participated in activities such as guided tours, launching small balloons and meeting Darth Vader and a Stormtrooper.

Stefan Gardefjord, CEO of SSC, said, “For the past 50 years, the Esrange Space Center has provided invaluable access to space for the European and global science and research community. In the 1960s and early 1970’s, Esrange launched sounding rockets with experiments for research on the Aurora, noctilucent clouds, the ionosphere and atmospheric physics.

“Today, Esrange is more vibrant and important than ever before. The scientific experiments on sounding rockets and stratospheric balloons for atmospheric physics, astrophysics and material science continues. But Esrange now also provides sophisticated tests and technology demonstration services, and Esrange has become one of the world’s busiest civil satellite ground stations, as part of SSC’s Universal Space Network, providing mission critical services to ESA, NASA, and numerous other governmental and commercial customers around the world.

“The lessons we have learned from the past fifty years has prepared SSC for the needs and challenges of the future. Earlier this year, Esrange became the first ground station for our new SSC Infinity service, specifically tailored to the smallsat and cubesat community. We aim to further expand our services for this growing and emerging market with a new launch service, called SmallSat Express, focusing the launch of satellites in the range of 1-150 kg that need a polar, sun synchronous orbit. This will be yet another way for us to deliver upon our mission—We Help Earth Benefit from Space.”

Lennart Poromaa, the President of SSC’s Science Services Division and Head of Esrange Space Center, commented, ”We have served the space community for 50 years with a track record of 550 launched sounding rockets and more than 520 balloons. We are more than ready and very eager to take the next steps into the future and expand our services and provide cost efficient solutions for our customers to reach space and beyond.” 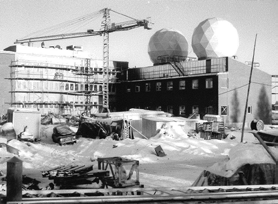 “SSC understands the rigors of constellation orbit-raising, a feat that can span many months of intense activities. Our dynamic operational concept and its high level of automation allows for rapid rescheduling within the whole ground network. This enables a high resistance to failures due to single-station outages, and provides high performance on a network level if required by the customer application.”

Esrange also accommodates one of the world’s largest civilian satellite ground stations and acts as a hub in our satellite station network, SSC Universal Space Network. The assigned missions for Esrange Space Center, regarding sounding rockets and balloons, are:

• Support of the sounding rocket and balloon program of the member states of ESA/EASP.
• Non-members can use the facilities on a second priority basis
• Operation of ground based scientific instrumenta­tion

Esrange Satellite Station is the world’s busiest civilian ground station for satellite management services. Since 1978, the station at Esrange plays an important role in a variety of satellite missions. Today, Esrange has around 140 daily contacts with satellites in different orbits. Esrange Satellite Station is an important node in PrioraNet, SSC’s global network of ground stations. 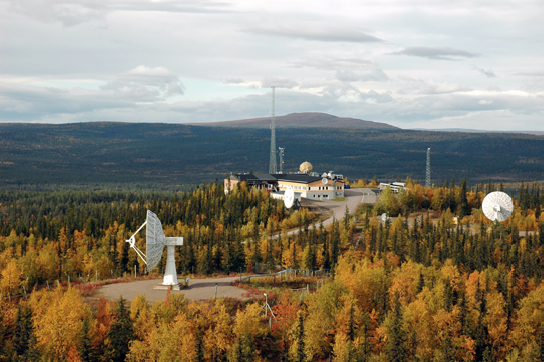 This location is particularly advantageous for accessing polar orbiting satellites and the Kiruna station emphasizes on data acquisition and processing for remote sensing and scientific missions as well as TT&C support. When Esrange Space Center is used in combination with SSC’s Inuvik Satellite Station in northern Canada, unmatched coverage opportunities are available for polar orbiting missions.

Every space project is unique. This is what is so challenging and inspiring in this business. For the SSC Group, this is a driving force. The activities of the SSC Group cover many business areas and are built on decades of experience, with proven expertise in the development of satellite subsystems as well as in satellite communication and operations. Rocket systems and experiment payloads are developed and sounding rockets as well as high altitude balloons are launched. Moreover, flight tests of air and space vehicles are performed.

Flexibility is one of several overall strengths and an advantage of having a compact and agile organization. Pride in working out the best solution for each customer, be such communication support at satellite launches, special microsystems for a satellite or new applications for maritime surveillance, is always present.

For research on sounding rockets, Esrange often takes part all the way, from the development of novel experiment modules and service systems to launch and recovery. For you as a customer, being able to turn to a single partner provides clear practical and financial benefits.

Invention & Interaction
SSC is well known for developing cost efficient technical solutions that facilitate our customers’ work. We are happy to provide exactly what a customer asks for, but it lies in our nature always to look a bit further—to present ideas and technologies that could bring new possibilities into each project. We really enjoy this interaction with our customers.

“Recent growth in new, smallsat and constellation-based space applications throughout the world has driven the need for a new approach to ground segment operations,” said Österbo. “SSC Infinity is that new approach. Our service reduces costs and risks associated with launch, insertion, system and constellation checkout.” 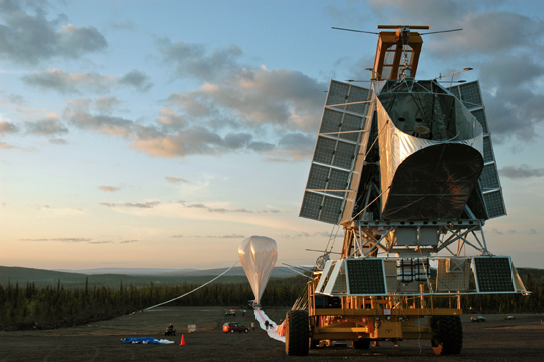 SSC Infinity consists of a range of highly automated services that use full-motion antennas in the 5 meter or smaller class. These antennas are optimized for communication with small satellites and constellations.

These small aperture antennas can be augmented, when needed, with larger ones that are equipped to meet the needs of the most demanding smallsat or constellation of satellites.

Using its ground stations at strategic locations around the globe, SSC then provides coverage that allows frequent satellite contacts for telemetry, tracking and command (TT&C) and data download with low-latency data recovery. To support smallsats, SSC Infinity makes use of normal configurations and standardized ground system hardware. By limiting the number of mission configurations and using pre-qualified radios, most costs associated with pre-mission configuration are eliminated. 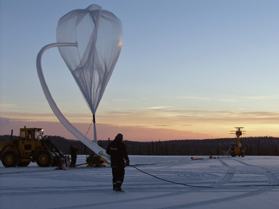 Preparing a balloon for flight at Esrange Space Center.

“SSC understands the rigors of constellation orbit-raising, a feat that can span many months of intense activities,” Österbo added. “Our dynamic operational concept and its high level of automation allows for rapid rescheduling within the whole ground network. This enables a high resistance to failures due to single-station outages, and provides high performance on a network level if required by the customer application.”

SSC covers the global market through its offices in Sweden, Germany, Italy, the Netherlands, USA, Chile, Australia, China and Thailand, along with the global network of ground stations. SSC was founded in 1972 and has 550 employees.
sscspace.com 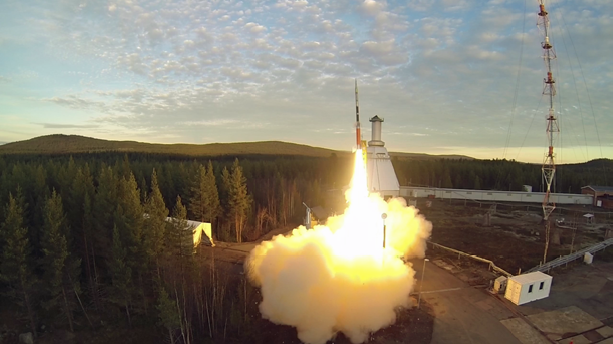