The world has grown to understand the role of geostationary DTH/DBS satellites: whether in a ‘wide-beam’ role covering vast swathes of the planet, or highly-focused spot beams, we know how broadcasters (and point-to-point usage for video contribution and distribution) can tap into this coverage. 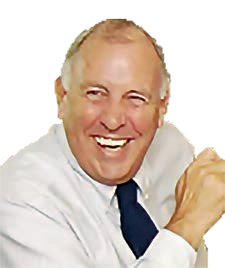 Ever since SES placed two satellites in the same orbital position (at 19.2 degrees East) back in 1991, the industry has had the ability to make use of a craft’s movable spot-beam technology, now a model for orbital efficiency.

However, over the past few years, a new and extremely exciting satellite sector has sprung up, notably in the use of smaller MEO satellites—and now with a cluster of super-constellations under development.

These MEO (even LEO) satellites have as their primary role the delivery of data and telephony and few anticipated their use for video—even in the contribution side of the business. After all, they travel though their journeys at one heck of a speed, and tracking—it has been assumed—would be an expensive task for any but the most adventurous—or those desperate for a signal.

Worth remembering is that there was a time when giant, steerable dishes were the norm. Indeed, the very earliest trans-Atlantic signals came from the tiny Telstar and Early Bird satellites. Telstar, built by Bell Labs, was launched in 1962 as part of a j-v between AT&T, NASA, the UK’s GP and France’s PTT. 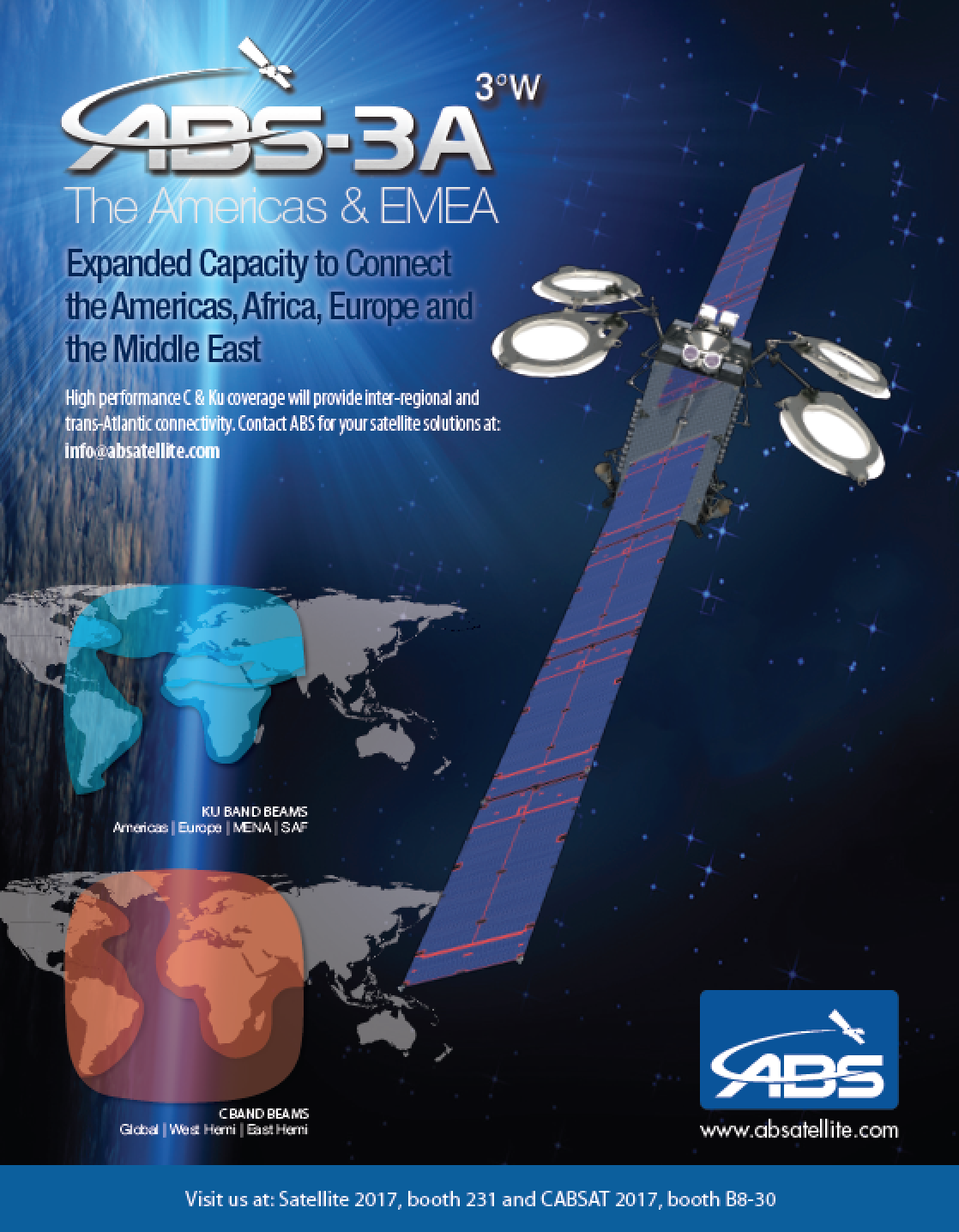 Telstar weighed 77 kgs (170 lbs) and operated in a geocentric, somewhat unusual LEO orbit (952 kms at closest, 5933 kms at apogee). The satellite carried one transponder capable of a single monochrome TV channel, but its high-speed, 2 hours 37 minutes circumnavigation, meant it was good for only 20 minutes of TV when over the Atlantic and to provide connectivity between Andover, Maine, and Goonhilly in the UK. Early Bird (more correctly, Intelsat-1) weighed just 34 kgs (76 lbs) and launched in 1965 and was built by the then Hughes Aircraft. Incidentally, it is still orbiting at a mere 3.12 degrees inclination.

The ‘new’ LEO and MEO operators, while frequently talking of ‘broadband’ and other data-related tasks for their smallsats, often mention video as part of their offerings. Jersey, Channel Islands-based OneWeb and their LEO constellation moved a major step closer to a 2020 availability when the firm announced a $1.2 billion funding injection from Japan’s Softbank on December 19, 2016. Softbank will hold a nominal 40 percent stake in Greg Wyler’s business, with other stakes held by Richard Branson’s Virgin Group, telco giant Qualcomm, Indian media giant Bharti Enterprises, Coca-Cola, Hughes Network Services and Intelsat.

Intelsat, in a press statement of their OneWeb participation, quoted NSR’s forecasts of “over $7 billion of incremental revenue industry-wide through 2024 from demand for satellite-based broadband connectivity services for aircraft, ships, connected devices, cars and remote villages. These applications are currently, or planned to be, served by Intelsat’s global fleet of approximately 50 C-band and Ku-band GEO satellites.”

Another set of aggressive mentions comes within SpaceX’s ‘catch all’ filings with the FCC (made in November of 2016). SpaceX talks about their LEO “high capacity” orbiters that will provide aggregate downlink capacity to users ranging from 17 to 23 Gbps, depending on the gain of the user terminal involved. Assuming an average of 20 Gbps, the 1,600 satellites in the Initial Deployment would have a total aggregate capacity of 32 Tbps. SpaceX says the firm will periodically improve the satellites over the course of the multi-year deployment of the system, which is likely to further increase capacity. The final deployment will comprise 2,825 satellites. 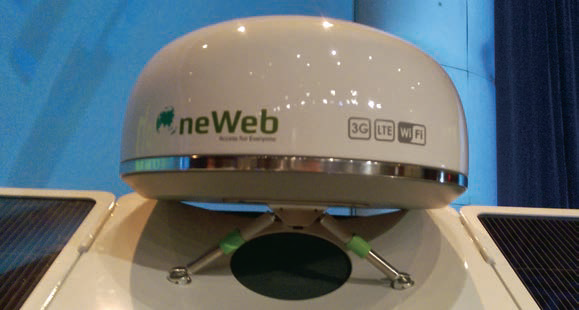 SpaceX says this “high adaptability” is key to their mission. “The system leverages phased array technology to dynamically steer a large pool of beams to focus capacity where it is needed. Optical inter-satellite links permit flexible routing of traffic on-orbit. Further, the constellation ensures that frequencies can be reused effectively across different satellites to enhance the flexibility and capacity and robustness of the overall system.”

The Elon Musk-backed company is specific about its broadband services: “The system will be able to provide broadband service at speeds of up to 1 Gb/s per end user. The system’s use of low-Earth orbits will allow it to target latencies of approximately 25-35 ms.”

And, of course, there’s worldwide coverage: “With deployment of the first 800 satellites, the system will be able to provide US and international broadband connectivity; when fully deployed, the system will add capacity and availability at the equator and poles for truly global coverage.

Specifically for the US (and the FCC application), SpaceX stated, “the proposed system is capable of providing Fixed-Satellite Service on a continuous basis throughout the fifty states, Puerto Rico and the US Virgin Islands.” 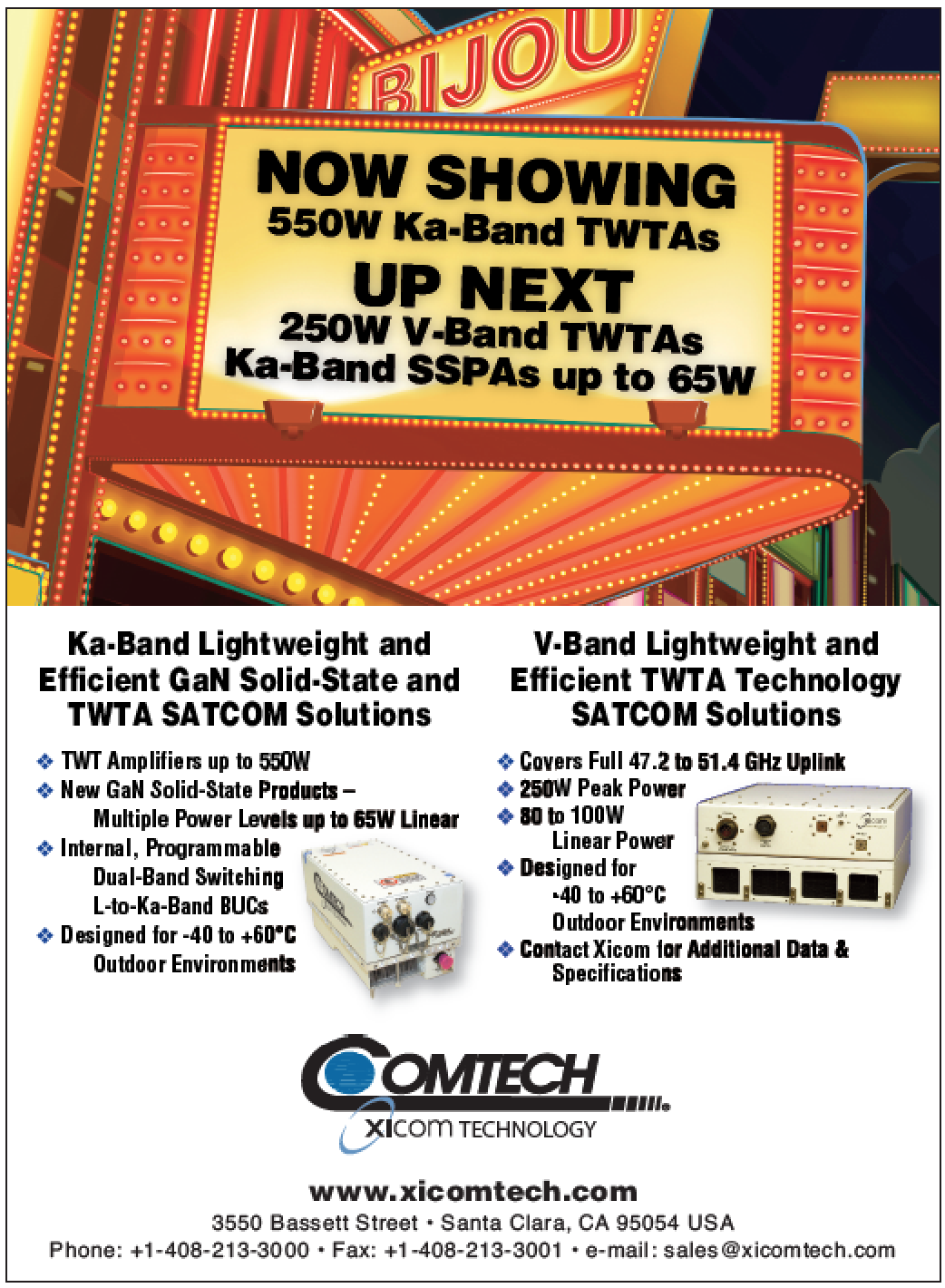 SpaceX adds that low cost satellite manufacturing (and subsequent launch) is a key part of the firm’s strategy. “SpaceX is designing the overall system from the ground up with cost effectiveness and reliability in mind, from the design and manufacturing of the space and ground-based elements, to the launch and deployment of the system using SpaceX launch services, development of the user terminals, and end-user subscription rates.” SpaceX stresses that its phased-array user antenna design “will allow for a low-profile user terminal that is easy to mount and operate on walls or roofs.”

Before pondering the technical challenges for SpaceX and other LEO operators, who are the potential users of video, certainly, there are plenty of news gatherers who might find existing cellular/terrestrial connectivity inadequate, whether in times of catastrophic emergencies or war zones and conflict. However, these are simply extensions of existing ‘occasional use’ demands and well-served by conventional geostationary operators.

TMF Associates recently conducted a detailed—and excellent— examination regarding the types of dishes needed to collect SpaceX’s signals and those of its rivals (in particular, OneWeb) and the technical plausibility of the proposals.

TMF said, “One hint that the user terminals are likely to be large and expensive is that SpaceX assures the FCC that “the Earth stations used to communicate with the SpaceX System will operate with aperture sizes that enable narrow, highly-directional beams with strong sidelobe suppression”. TMF says “the supposed user downlink capacity of 17 to 23 Gbps per satellite assumes a very large user terminal antenna diameter, because there are only 8 Ku-band user downlink beams of 250 MHz each per satellite, and thus a total of only 2 GHz of user downlink spectrum per satellite.”

TMF then added, “In other words, this calculation implies a link efficiency of somewhere between 8.5 and 11.5bps/Hz. For comparison, OneWeb has 4 GHz of user downlink spectrum per satellite and is estimated to achieve a forward link efficiency of 0.55bps/Hz with a 30 cm antenna and up to 2.73bps/Hz with a 70 cm antenna. Put another way, OneWeb is intending to operate with twice as much forward bandwidth as SpaceX, but with only half as much forward capacity per satellite.”

However, TMF suggests that SpaceX’s system appears much more focused on large expensive terminals, similar to those used by O3b, which can cost $100K or more and are used to connect large cruise ships or even an entire Pacific Island to the Internet with hundreds of Mb/s of capacity. While this has proven to be a good market for O3b, TMF said, “it is far from clear that this market could generate enough revenue to pay for a $10 billion SpaceX system.”

TMF suggests that SpaceX could replicate ViaSat’s ‘beam-hopping’ technology although, interestingly, this is not mentioned in SpaceX’s FCC filing.

SpaceX’s ambitions are immense. Their FCC filing says they could potentially reduce “or eliminate” the need to impose strict limits on consumers. Moreover—and notwithstanding its critics—SpaceX stated their phased array ‘dish’ antennas will mean flexibility and ease-of-use as well as installation.

However, some existing geostationary operators (although perhaps not Intelsat) are concerned about interference, especially for the likes of SpaceX which will use both Ka- and Ku-band in its systems.

SpaceX told the FCC in its November 2016 filing, “These techniques are used to protect GSO satellite networks from interference from the SpaceX System and have the effect also of protecting the SpaceX System from GSO interference, as they are based on the principle of avoiding inline and near-inline events. In addition, SpaceX has begun to provide initial briefings on the operational parameters of its system to GSO satellite operators whose systems use the same Ku- and Ka-band frequency ranges as the SpaceX System, and is confident that compatibility with all GSO satellite networks in these bands can be achieved.” SpaceX says it is confident that there will be no cross-satellite interference with OneWeb. 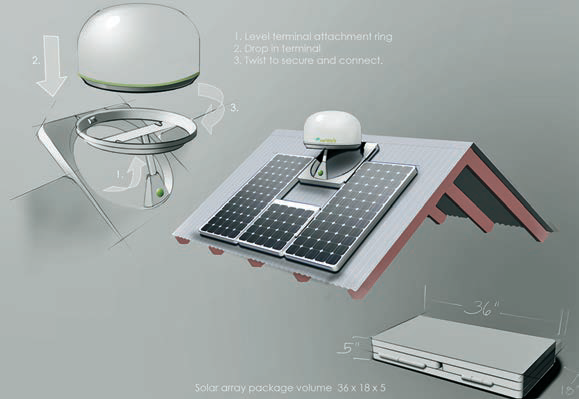 Most insiders do not see these future LEO and MEO smallsats as being a direct threat to satellite broadcasting in a DTH/DBS-dominated world. But there are considerable opportunities for them to deliver content, whether by simple broadband supply or enhanced 4G-type services.

For example, O3b is already busy linking clients and their broadband demands and makes no secret of their wish to use its MEO satellites to bridge the “digital divide” and deliver fiber-like connectivity to its customers.

Rajab Moussa, CEO at Presta Bist Telecom in Chad, a landlocked central African country, said, “With the launch of O3b’s satellite services we have been able to provide residents with clear sound, live High Definition (HD) video and high-speed downloads. For the first time ever, we are able to provide residents with connectivity that they thought only existed in large and fully development countries.”

O3b’s initial 12 satellites are up and running and the SES-owned operator states that just about every client has boosted their demand over the past year. This demand occurred whether in land-locked Chad, remote Pacific islands, or passengers on the spectacular fleet of Royal Caribbean floating hotels. They want high-speed broadband, and that definitely includes video.

O3b has to use middle men’ as its primary customer/client. As mentioned, O3b has itemized its successes in winning broadband clients in Central America and the Pacific Islands, Africa and elsewhere.

Passengers and crew have taken up the ship’s offering and the direct result is extra demand from O3b—and a happy client! O3b is being added to the other Royal Caribbean ‘Quantum’ vessels as they go to sea. By mid-2016, there were three ‘Quantum’ vessels on the water, with another expected by 2019 and a fifth vessel in 2020.

At sea, O3b has already revolutionized the connected cruise ship passenger experience with its fiber-in-the-sky offering that delivers up to 1.6 Gb/s of throughput per beam at a low latency (tiny delay) of less than 150 milliseconds—another eight satellites are scheduled to join the scalable O3b constellation in 2018.

There can be little doubt that MEO and LEO satellites have an important role to play in the future—and video is expected to participate in the expansion plans of each of the new, planned constellations. Customers will expect nothing less!

Senior Contributor Chris Forrester is a well-known broadcast journalist and industry consultant. He reports on all aspects of broadcasting with special emphasis on content, the business of television and emerging applications. He founded Rapid TV News and has edited Interspace and its successor, Inside Satellite TV since 1996.

Chris also files for Advanced-Television.com. In November of 1998, Chris was appointed an Associate (professor) of the prestigious Adham Center for Television Journalism, part of the American University in Cairo (AUC), in recognition of his extensive coverage of the Arab media market. 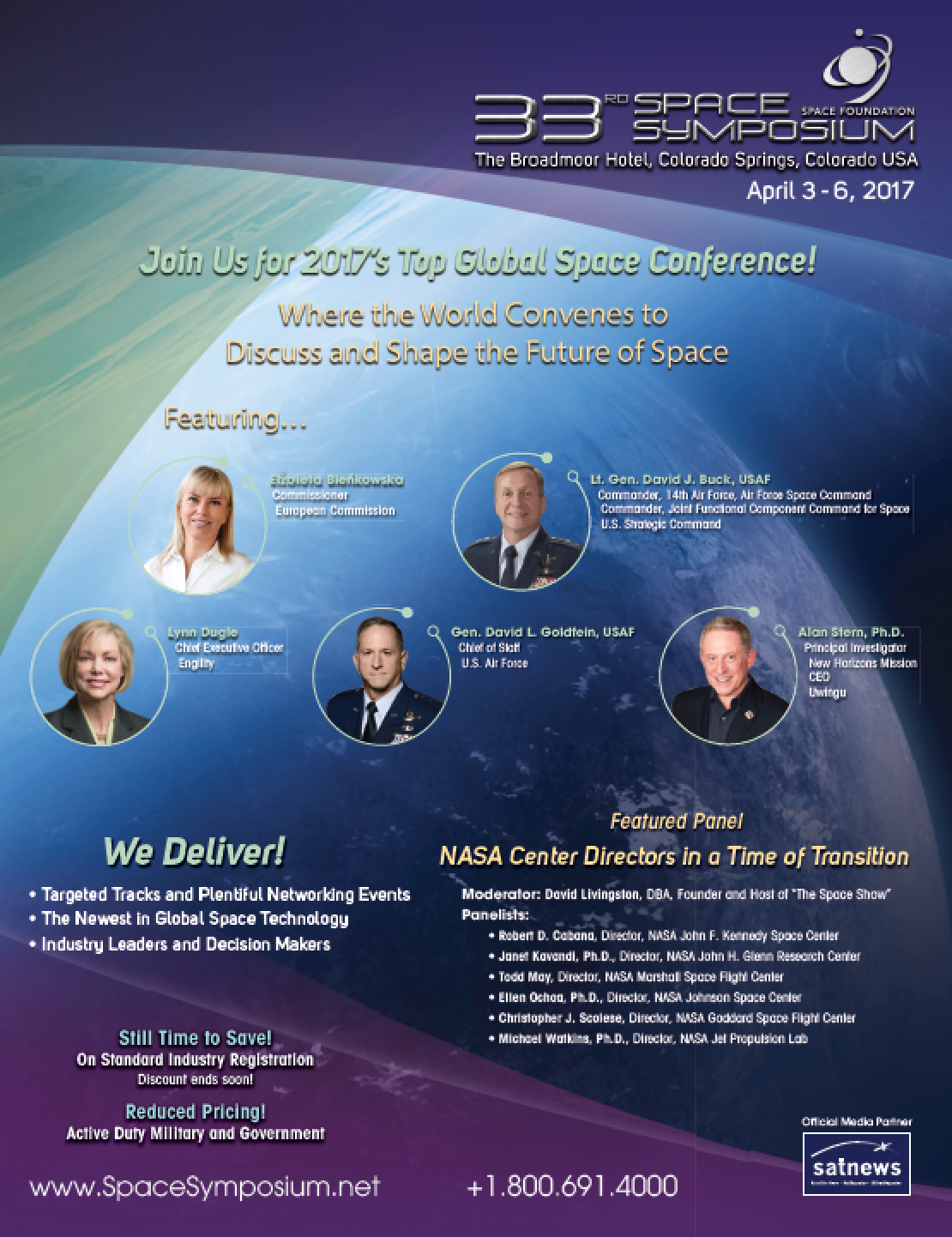