EGNOS — the European Geostationary Navigation Overlay System — improving the quality of GPS signals, is a genuine European success story of innovation and cooperation in space science and technology. Charles Villie, Team Leader of EGNOS at the European Commission explains exactly what EGNOS is, its implementation and the services it provides.

What is EGNOS?
EGNOS is the first pan-European satellite based augmentation system (SBAS). The system is composed of transponders installed on three geostationary satellites and of a ground network of about 40 positioning stations and four mission control centres, all interconnected.

EGNOS’ signals complement those of GPS (and Galileo, once operational) in order to provide users with more precise positioning. In addition, EGNOS provides users with information on the reliability of the GPS signals — ‘integrity data’. Consequently, any application requiring better positioning accuracy than that provided by GPS alone, can benefit from the three services provided by EGNOS — notably, the free Open Service, the Safety of Life service (SoL) for aviation and the EGNOS Data Access Service (EDAS).

EGNOS — key steps
EGNOS is Europe’s key contribution to GNSS that today serves the needs of land transport and agriculture, as well as timing and aeronautical applications in Europe and its neighboring regions. EGNOS was originally built as the first generation European GNSS system. It was a sort of trial run and first step towards Galileo. The initial concept foresaw that EGNOS should cease once Galileo became operational. 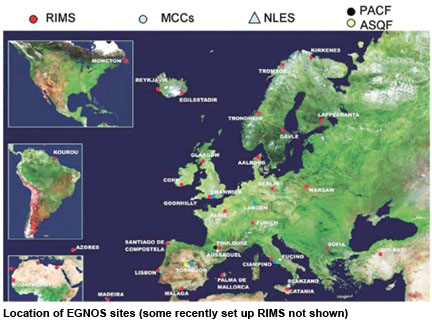 However, it now exists fully in its own right and is Europe’s unique SBAS, delivering integrity protection to users. Time can change a lot and Europe is evolving with it. Based upon an independent European navigation-satellite based infrastructure, and having passed the certification steps, EGNOS is demonstrating that it will likely remain an independent SBAS on its own for the next decades, in parallel to Galileo. The irony is that it will even augment the precision of Galileo in the future.

EGNOS performance
The new prospect of longevity of EGNOS is, in part, due to the fact that it is interoperable with its U.S. equivalent (WAAS), as well as the Japanese (MSAS) and Indian (GAGAN) SBAS systems. EGNOS significantly contributes to a truly global navigation network of systems that no centralised constellation of satellites (like Galileo and GPS) is likely to offer in the mid term. The measured performances of EGNOS are excellent, providing the best SBAS performances worldwide today. Accuracies of the order of 1-2m and availabilities of better than 99 percent for Approaches with Vertical Guidance (APV) are consistently measured for most of Europe.

This Vertical aspect of navigation is indeed the reason why EGNOS is such a boon to aviation traffic in Europe. Lowering the decision height for the pilots is of particular interest for the Aviation Air Navigation Service Providers (ANSPs), as it assists in guiding the planes automatically to minimum of 250 foot, whereas most airports offer 500 to 1000 foot vertical guidance. An automatic and reliable check of the position at low altitude allows the pilots of aircraft to reduce their risk of collision with airfield obstacles. EGNOS also allows planes to land in adverse weather conditions. 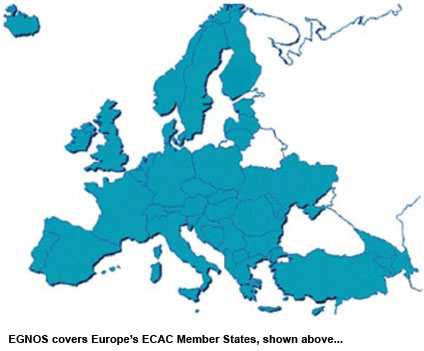 Now that the EGNOS Safety of Life service (SoL) is operational, the aviation actors are focused on publishing the corresponding SBAS procedures as well as investing in EGNOS SBAS receivers. After 15 dedicated years of development, the European SBAS EGNOS SoL service is on the verge of being recognized and subsequently adopted by civil aviation.

EGNOS allows aviation users to perform APV procedures, and soon LPV200 (even lower minimal down to 200 foot) safely without additional ground-based infrastructure, using low cost receiver equipment onboard. It will benefit business aircraft or rotorcrafts that already have a SBAS receiver onboard, as well as flights to regional airports where traffic volume does not justify an investment in Instrument Landing System (ILS).

Pilots are saying that flying EGNOS is “ILS like”, i.e., is the same interface as flying ILS. Some European ANSPs are even thinking of phasing out their VHF Omnidirectional Range (VOR) or their ILS over the next decade and rely on EGNOS as sole means of navigation. These major decisions will continue to increase the pressure on the provision of EGNOS Service to deliver to the highest degree of performance, every single day.

In comparison, WAAS has been operating its Safety of Life service in aviation since 2003 over the continental United States. Since 2007 it covers Alaska, Canada and Mexico. More than 2,300 WAAS procedures have been published to date, outnumbering the ILS CAT I procedures in the U.S. With North America and Europe, SBAS currently covers the highest air traffic areas in the world. 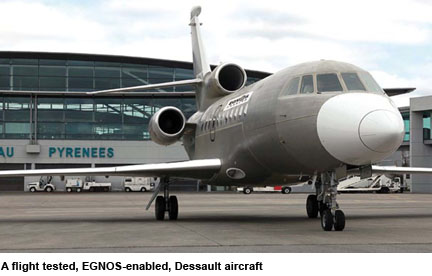 Since 2009, one of the European Commission’s main priorities has been to steer EGNOS through its transitional phase — consisting of EGNOS passing from the status of a research project to a system which can be exploited by users, thereby delivering maximum benefit to the citizens of Europe. In line with its mandate of programme manager, and after becoming the owner of all the EGNOS assets, the European Commission is proud to have contributed to the shaping of the EGNOS technology. This has been carried out in close partnership with the European Space Agency, Eurocontrol, European Industry, and the Aviation National Supervisory Authorities, and is now shared with the Global Navigation Satellite Systems (GNSS) user community.

Through its successful management of EGNOS and implementation of its services, the European Commission has demonstrated its capability to steer its space-based programmes to success. The Commission procures directly the Service Provision and future Geo-stationary satellites contracts, and decides on the industrial work orders to industry via a delegation agreement with ESA. The Commission also performs the safety verifications of the system and has organized the compliance of the certification of the Service Provider ESSP SAS, a company based in Toulouse France, to the requirements of the Single European Sky.

We have come a long way together. EGNOS is here, and is here to stay. Use it!

For further information, please visit the EGNOS portal at:
http://egnos-portal.gsa.europa.eu/ 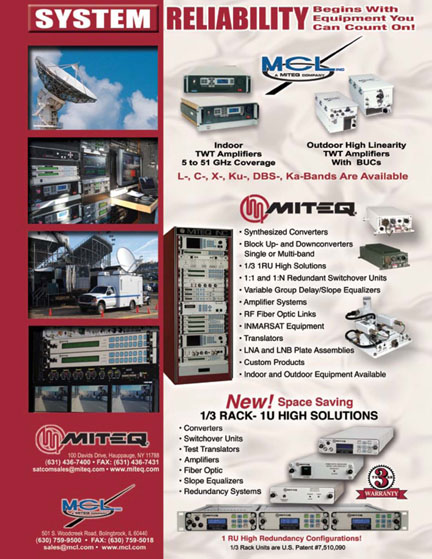 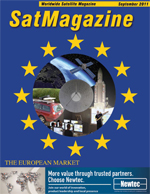