India may be the hottest direct-to-home (DTH) television market in the world. At the end of 2007, there were fewer than 5 million DTH subscribers in India, a tiny percentage of the nation’s 112 million TV households. Forecasters expect that will expand to between 25 and 30 million by 2015, and incumbents are seeing +50 percent quarterly growth in subscribers, driven by strong competition among multiple players. India is one of the most competitive markets in the world, where subscribers pay the equivalent of US$10 for a vast bouquet of channels and volume is the key to profitability. 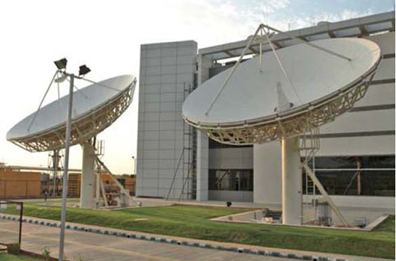 Airtel is India’s largest mobile carrier, with a 25 percent share of the national market. In considering the DTH business, the company saw immense opportunity. With a competitive DTH service in place, Bharti could go to market through 21,000 retail outlets in 62 cities as well as by texting sales offers to nearly 80 million mobile subscribers.

In addition to the immediate DTH opportunity, Bharti was also thinking long-term. The consumption of video entertainment is undergoing a revolution, and the company wanted to position itself to enter emerging markets for video-on-demand, IPTV and mobile video with an economical and future-proof solution.

When all the requirements were considered, there were few companies that could deliver the combination of leading-edge systems, integration expertise and the ability to ensure that never-done-it-before solutions would work. The final result of the bidding process showed that, in Bharti’s view, there was only one: Globecomm Systems.

Balancing Opportunity + Cost
“This project was all about balancing tomorrow’s opportunity and today’s cost,” says Dov Cydulkin, Globecomm vice president for the Asia-Pacific. “Because it is so vast and growing so fast, the Indian market offers opportunities never commercially feasible before. But it imposes some of the most stringent cost constraints I have ever seen. Striking that balance took a tremendous amount of creative collaboration between Bharti and Globecomm.”

Globecomm began by designing and installing the DTH program acquisition and uplink center, a task to which the company brought years of experience. Globecomm has built uplink facilities for the world’s leading satellite television networks, from Sky and DirecTV to ASTRO and Star TV. The Bharti acquisition and uplink center featured two 11.3m Ku-band antennas, 18 4.5m receive-only antennas and Globecomm’s AxxSys monitor and control system.

When it came time to design the broadcast center, however, there was no proven template to follow. “On a block diagram,” says program director Roy Schumacher, “nothing about the system looked unique. But it involved a combination of technologies that nobody had brought together before on this scale.” 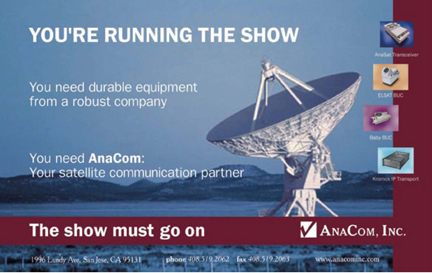 Globecomm Innovations
The first technology was MPEG-4 compression. Though it offers a 25 percent bandwidth savings, the higher cost of MPEG-4 chipsets compared with MPEG-2 has held back commercial adoption for years. In 2006, for example, an MPEG-4 set-top box (STB) was twice the price of an MPEG-2 STB. Multiply that by a million customers, and a DTH provider was faced with US$60 million in additional upfront cost. However, the vast size and growth potential of the Indian market allowed Bharti to commit to STB quantities that drove down the cost of MPEG-4 STBs to MPEG-2 levels.

The second innovation was the comprehensive use of Internet Protocol inside the broadcast center. Bharti wanted every bit of content entering the broadcast center to be encoded as IP, despite the fact that it would be converted to DVB-S2 and multiplexed before going up onto the satellite.

“Making the facility IP-centric is the key to the future for Bharti,” says Dov Cydulkin. “Working with them, we actually evolved a new architecture that we call the Media Processing Center (MPC). Because we encode everything as IP upon ingest, the MPC ‘speaks IP’ as its native format. Today, Bharti is focusing on the DTH market. But the MPC architecture allows them to introduce IPTV with few modifications in the future and to provide a platform for other video services, including IP-based mobile TV.”

The MPC architecture requires that every piece of equipment in the facility be selected with the future in mind. “The conditional access system has the ability, with upgrades, to control IPTV streams and mobile TV streams,” said Roy Schumacher. “And we’re talking about over 190 channels with basic, premium and pay-per-view movie channels. We demanded that the encoder and multiplexer vendor make sure that the advanced compression would work across all of the potential platforms. Then there was the matter of tying all the systems together. We came up with a highly distributed solution that provides better reliability and avoids single points of failure. Bharti really liked it, because the Globecomm best-of-breed solution was more innovative than they could get from any single technology vendor.” 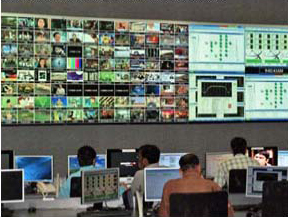 Low Cost, High Performance
Bharti Airtel’s new DTH service was launched to rave reviews. The company conducted picture quality analyses at locations around the country and found that the quality of their video was superior to competitors from the first day of service. It was a remarkable achievement for a system that broke the mold in so many ways.

“From the beginning, Globecomm has worked with top media companies around the world,” says Globecomm Chairman and CEO David Hershberg. “Some of the world’s most innovative and exciting applications of technology are happening in markets like India, and we feel privileged to be part of them and to learn from clients like Bharti Airtel.” 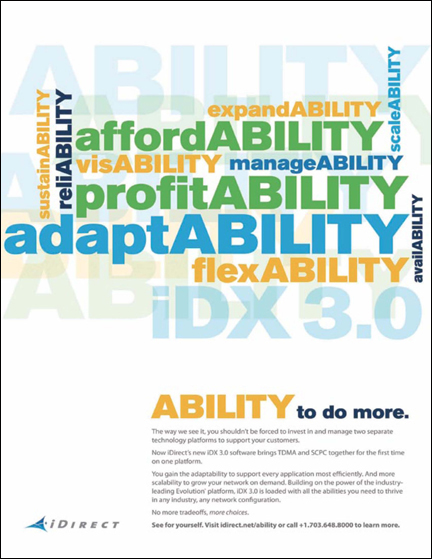