Rick Lund has more than 35 years of experience in communications technical operations and continues to serve as a leading subject matter expert on the utilization of satellite and Wi-Fi technology for critical missions in business and government.

His career began with local and state law enforcement agencies in Florida, both in management and in operational support of major criminal investigations.  Since then, he has served as a consultant and provider of cutting-edge hardware and services to numerous branches of the US Government, foreign governments, and the telecommunications industry, with experience in more than 30 countries.  He launched SR Technologies in 1999.

He has instructed at the Florida Organized Crime Institute; the Federal Law Enforcement Training Center; the National Technical Investigators Association National Conference; the Southeast Technical Investigators Association; the Regional Counterdrug Training Academy; the Illinois State Police Academy; and various US Government and military facilities around the world.  For his work, he has been recognized by the US Government, elements of the US Special Operations community, and numerous law enforcement agencies in the US and abroad.

SatMagazine
What is the SRT Group?

Rick Lund
The SRT Group of companies was established to deliver mission-critical satellite, Wi-Fi and aviation technologies and services to major business, government and non-governmental customers in the United States and worldwide.

SRT Wireless is our commercial and law-enforcement division; SR Technologies provides products and services for government missions; and SRT Aviation maintains aircraft fitted with specialized equipment to support a variety of assignments. We are located in Davie, Florida, near Fort Lauderdale, and we have always been a 100 percent U.S., self-funded operation.

We like to say that we’re “punching well above our weight class” because we do so much amazing work with fewer than 100 people. That is, we’re having a major impact on the evolution of SATCOMs worldwide, but with only a fraction of the engineering staff employed by larger competitors. Many members of our team have selected SRT after first working for one of the larger technology companies—they enjoy the “work hard, play hard” atmosphere of our company. 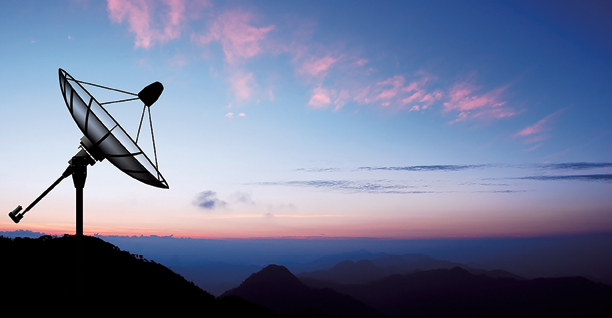 SatMagazine
Please tell us about your products and services.

Rick Lund
I’m not at liberty to tell you about our U.S. Government work, but I can discuss our commercial work, which is really exciting. Our mission at SRT Wireless is to design and manufacture cutting-edge satellite and Wi-Fi communications technologies, with the best features, benefits and support at a competitive price. We offer two flagship products: The VIPturbo Module and the IP Commander.

The VIPturbo Module is a satellite modem, much like the wireless modem that connects your laptop or tablet to the Internet via a terrestrial network, except that our device connects you via a satellite network and enables a wider variety of voice and data services.

What makes the VIPturbo special is that it’s the first compact, single-circuit-board device capable of handling all of the services on a satellite network in a customizable package. It’s a ruggedized software-defined radio (SDR) and can deliver voice and high-speed data using any of the leading technical protocols. Development of the VIPturbo required approximately two years and 42,000 labor hours, so this is the end product of a most serious team effort.

With the VIPturbo, we’ve developed a strong relationship with Thuraya, based in the U.A.E. Thuraya’s network reaches nearly two-thirds of the globe via satellite and more than 160 nations via GSM roaming. They focus on the convergence of SATCOMs and terrestrial comms, just as we do. To date, they’ve ordered 5,000 units of VIPturbo, which is going to help them serve their customers better.

As VIPturbo is based on the open, Linux platform, developers are able to address emerging market needs in a matter of weeks or months, not years. Because the module is so multi-functional and easy to customize, the product development cycle is more of a packaging exercise than an engineering exercise.

Our other major product is the IP Commander; this is the first ruggedized satellite broadband terminal designed using MIL-SPEC components and hardened software. The IP Commander provides mission-critical voice and data connectivity, in mobile or stationary applications, in the most extreme and remote environments. This technology is well-suited for military and governmental operations, as well as various industrial applications, including maritime, energy and mining.

SatMagazine
How does your technology differ from that of SRT’s rivals?

Rick Lund
We like to say we don’t compete directly with others; rather, we find unmet needs and go there. Our business is disrupting the status quo.

As a smaller, nimbler vendor than our competition, we can deliver products to market far faster than others. In that way, we are helping lead the evolution of the global SATCOMs away from some traditional incumbents. We have also won several competitive bids against some of the largest aerospace vendors in the world.

Another key distinction is that our products are 100 percent made in the U.S.A, which is quite unusual in our sector or any technology sector. Each and every product was envisioned and created by our engineering team in Davie, Florida. In addition, we own 100 percent of our intellectual property.

SRT’s technology differs from that of our competitors in several meaningful ways. VIPturbo is much smaller than the competition—about the size of a paperback book, compared to the dictionary-size of other products. Also, most other products cover just voice or data; VIPturbo can provide all of the services on a satellite network. And it is also less expensive than other competitive products.

SatMagazine
Why did you start the company? 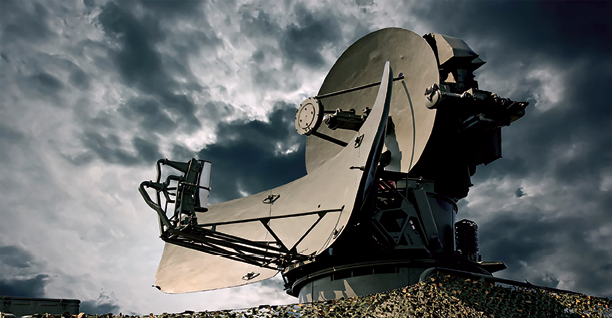 Rick Lund
In 1985, I transitioned from a career in law enforcement communications to work as a technical contract manager based in Riyadh, Saudi Arabia. I traveled throughout the Gulf region and worked directly for two government ministers. After 12 months, I began working as a consultant and eventually launched a successful consulting business. My business centered on technical operations with an emphasis on emerging technologies and the global expansion of the Internet. Over a 15 year period of time, I traveled to approximately 35 different countries handling consulting contracts.

Those experiences gave me an amazing window on emerging trends that many clients would be seeking to exploit. That’s when I started SRT, around 1999, to develop hardware, software and services that focused on the convergence of SATCOMs, cellular, and mission-critical services. As the company evolved, we took on mostly U.S. government contracts, and those projects accelerated after 9/11. We ended up working with all kinds of exotic electronics in a variety of settings. That expertise led to products and services that could meet the needs of commercial and law enforcement customers, and SRT Wireless was established in 2010.

SatMagazine
Is there anything else our readers should know about the SRT Group?

Rick Lund
I just want to emphasize how proud I am of our team. We are much more than co-workers; we’re more like an extended family that’s been through a lot together. We took some tough hits a few years ago when we lost a major government contract, but we survived and rebuilt our operation to take advantage of new opportunities, and those moves are bearing fruit today.

Readers may learn more at the following infosites...