I had the chance to catch up with MSUA member, J. Alberto Palacios, CEO of the Globalsat Group at the Satellite Innovation Symposium (SIS) in Silicon Valley.

Recognized by Frost & Sullivan as the “2016 Latin America Satellite Company of the Year,” Globalsat Group is a mobile satellite services (MSS) with offices in the United States, Bolivia, Brazil, Chile, Columbia, Peru, Argentina and Mexico.

Globalsat Group has expertise in a wide range of vertical markets and is heavily involved in both the disaster response and recovery of areas recently impacted by natural disasters. We talked specifically about Puerto Rico and the support Globalsat has been providing to the people of that region.

Catherine Melquist
Puerto Rico is still struggling to communicate after Hurricane Maria. According to the latest update from the Federal Communications Commission, more than 90 percent of the island’s cellphone towers are still out of service. The communications infrastructure is shattered thwarting recovery efforts throughout the island. However satellite communications have been deployed and are playing a critical life and death role. What is your understanding of the situation today and how, specifically, is Globalsat Group involved? 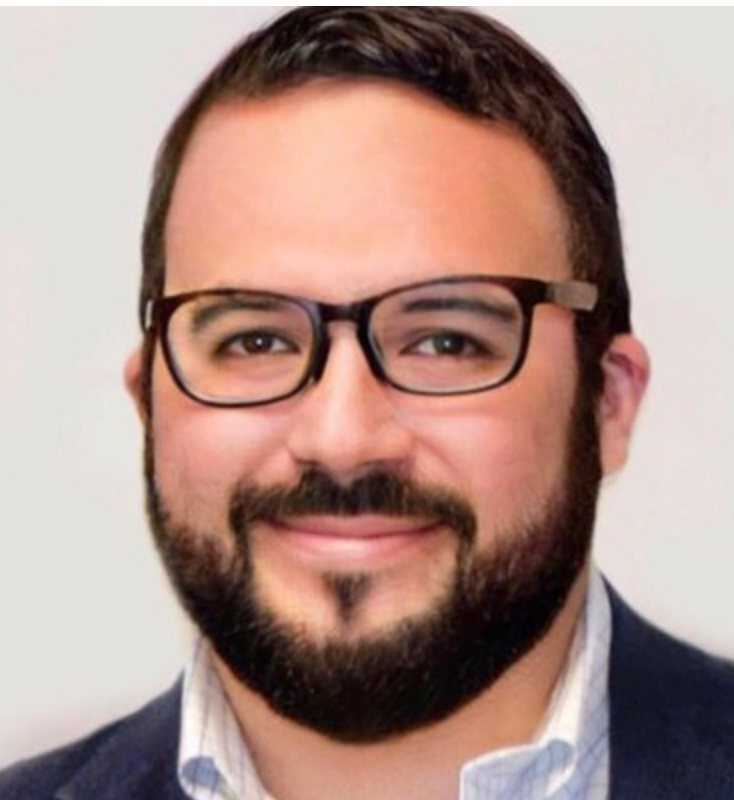 J. Alberto Palacios
As soon as information came in about what was happening on the island, it became quite clear that MSS was going to play an important role. We were able to anticipate this to some extent, and working in tandem with our local partner we delivered equipment on chartered flights, some of it in the form of explicit aid and some to make available on a commercial basis.

We provided extra support to our partner by sending Robert Bradshaw, part of our Globalsat U.S. team and an ex-U.S. Navy member. This allowed us to make sure users on the ground were trained to make good use of the equipment and services. I’ve also scheduled a visit myself in the next days to continue with our support and have a deeper understanding of this kind of event.

Catherine Melquist
Is mobile satellite connectivity still needed and for what purposes?

J. Alberto Palacios
Very much so. Coordinating help efforts and getting the island back to some semblance of normal requires real-time communications among the people and organizations involved, and also requires contact with the mainland.

Ten days after the start of the disaster 90 percent of the cellular infrastructure continued to be non-functional, both because it was directly affected physically and also as the result of power lines being cut and backup fuel being scarce.

In contrast, L-band mobile satellite terminals have internal batteries, can be charged from solar panels and do not rely on any local infrastructure, so they are precisely what the community needs to get the area back on its feet, and will continue to need for a few days at least. Services are not being restored at a quick rate. 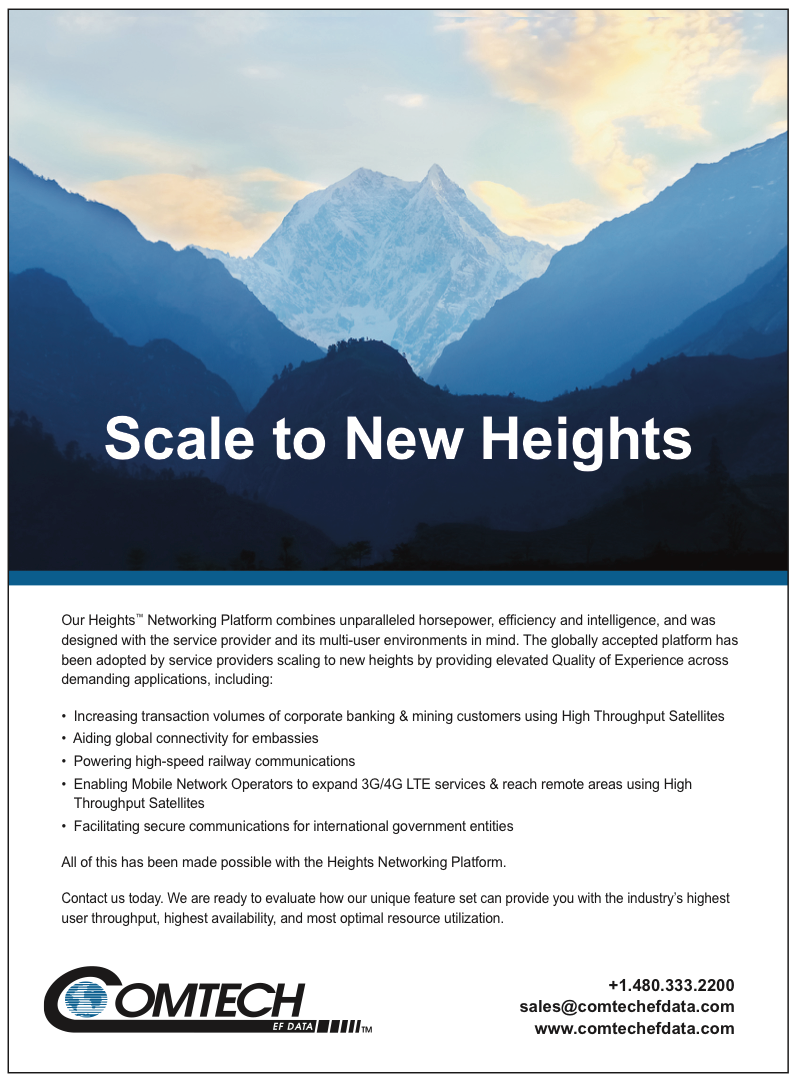 J. Alberto Palacios
Satellite phone service, especially with the convenience of being interoperable with PTT systems and the traditional landline and cellular networks as they come back online, is an essential need for so many things, but society is also increasingly reliant on internet-based services.

Aid workers need to fill in web-based forms for aid to make it where it is most needed, people need to be able to signal to their families that they are all right and ask for the support which family can provide in times of crisis, media needs to be able to show what has happened and relay instructions from authorities, government and business needs to rebuild and function, banks especially need to provide service, so mobile satellite internet can make this possible and enable fast recovery.

Several different technology offerings are available, ranging from highly portable low bandwidth (less than 500 Kbps is often quite enough) to multi-megabit per second portable VSAT solutions, which can provide enough bandwidth for a bank central office, a hospital or the command center at City Hall.

Catherine Melquist
What are the challenges getting satellite terminals into Puerto Rico and into the hands of emergency response crew?

J. Alberto Palacios
At this time, logistics are extremely challenging. For obvious reasons priority is going to basics like food, fuel, and medicine because lives depend directly on those, but we have been able to get through with equipment, and we trust things will get much better soon.

J. Alberto Palacios
Demand remains high and aid organizations and government should be the priority. The media has shown how severe conditions are on the island, so clients can understand why they might have to wait a little more than anticipated for their terminals, and that by being patient they are helping equipment go first into the hands of people and institutions which can help the most at this time.

Also, some service plans are priced in tiers where price increases after certain thresholds, in many cases we can deactivate said thresholds. Providers can tell where phones are being used, so it is easy to distinguish between aid and recovery efforts and standard tourism. 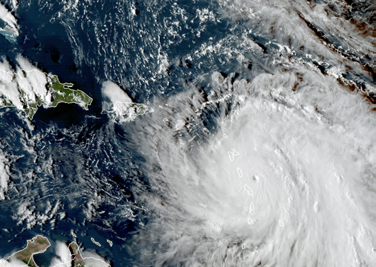 Catherine Melquist
What’s the best way for satellite phone suppliers to collaborate with emergency response crews such as FEMA and The National Guard?

J. Alberto Palacios
Organizations which operate in disaster response do not have time to deal with issues that may arise such as expired prepaid cards or traffic thresholds or geofences, so the more we can relax those kinds of limits or anticipate them and offer quick solutions then the better they will be able to do their job, which is really urgent.

In the specific case of Globalsat Group, we operate the AirtimeSat billing and provisioning platform; this cloud-based system allows us to look up call records, provision SIM cards, download invoices, set traffic alerts and many other time saving features.

Catherine Melquist
What can the satellite mobility community learn from Puerto Rico?

J. Alberto Palacios
Actually, the MSS community has a clear vision of what is needed. What has happened in Texas, Florida and Puerto Rico has been very visible because we live in a U.S.-centered media landscape, but disasters are unfortunately happening very often—almost all the time­—in other parts of the world, so we have learned quite a bit already.

Perhaps this kind of exposure can help the rest of the community understand the value of preparedness. This is key because even though the technology is readily available, getting it into the right hands before disaster strikes can be a challenge.

Catherine Melquist
How does the mobility community get ahead of the next natural disaster to guarantee that supplies are available and readily accessible for emergency response and reconstruction needs?

J. Alberto Palacios
There are undoubtedly things we can do, like increase stock in a geographically spread out kind of way. Actually in our case we already do that, because Globalsat Group operates as multiple connected but separate entities in nine countries.

However, I believe we all need to help our customers understand how important it is for them to be prepared, and this means not only having the technology in their hands when the time comes, it also means being familiar with it, tests and drills need to be routine so the use of MSS is second-nature and not something that gets in the way during an emergency.

Join MSUA and to take part in this vital community. Additional information is available at www.msua.org/

Editor’s note: Our thanks to the MSUA for allowing SatMagazine to repurpose this interview from the organization’s online infosite posting.