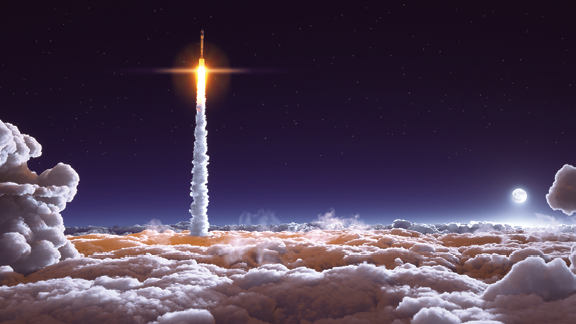 Frost & Sullivan’s small satellite launch services market, H1 update forecasts the overall demand of 13,955 satellites to be launched during the 2019 to 2033 timeframe in the low scenario and about 20,425 satellites in the Frost & Sullivan scenario. Peak in demand is anticipated by 2024 due to the overlap of new installations and replacement satellites. Also, these numbers are largely driven by the replacement of satellites during the forecast period, as the lifetime for constellation smallsats is about 2 to 5 years. 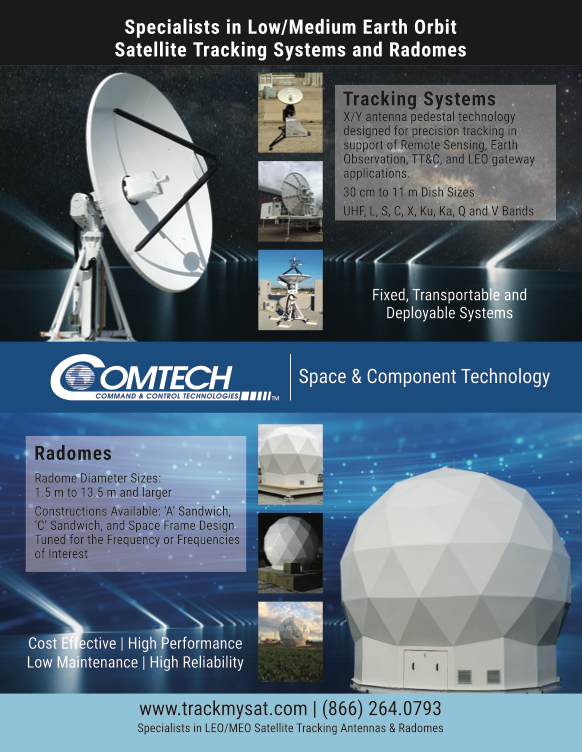 Slot availability is a challenge for satellite operators — rideshare missions impose the requirement that the primary payload should go to where the client wishes to go in the orbit. In addition, the overhead costs are increased if additional tests are required to fly along with the primary payload to orbit.

In addition delay to operations due to longer lead times will also add to additional operational costs on the ground without revenue generation. These pain points can be easily addressed by dedicated launches that enable easy slot availability, flexibility due to increased launch frequency and the ability to deliver to the custom orbit based on the mission requirements. Dedicated launchers are currently under development and have a payload capacity of as low as 30 kgs. to a little over 1,200 kgs.

Dedicated launches will additionally drive the launch costs lower, from $25,000/kg. on average, moving toward pricing as low as $5,000/kg., depending on the payload mass and the required orbit.

Application-Based Analysis
Satellite constellations are focusing on mainstream applications such as Earth Observation (EO) and Communications. Additional applications include IoT, M2M, weather monitoring, and so on.

The EO market has commercial players with operational constellations, such as Planet, who have already established themselves in the market. The demand generated by EO constellations is 28 percent, which contributes to the 13 percent of the revenue in low scenario.

The increase in data available for processing has enabled multiple new entrants in the industry who are providing AI-based solutions for the end-users — this will be explored in Frost & Sullivan’s upcoming research.

The objective of these players is to enable remote connectivity, reduce cost and minimize latency. 2019 witnessed successful launches of about 120 satellites for SpaceX’s Starlink and 6 OneWeb satellites. Incumbent players like Telesat and Eutelsat have planned their own constellations. Telesat has also gained support from the Canadian government in terms of investment and capacity purchases. About 46 percent of launch services demand are generated by communication based satellites, contributing to 84 percent of the revenue in the low scenario.

Regional Analysis and Demand Drivers
North America remains the prominent market, followed by Europe and APAC. From the demand perspective cheaper launch cost, launch flexibility, launch slot availability and ability to reach orbits are key factors considered by the satellite operators. Hence, these players will procure multiple launches across multiple vehicles to be operational in shorter duration in multiple orbits. This will enable the demand from North American and European region to spread across the globe.

However, from launch service providers’ perspectives, the incurred cost per launch, geographical location, ease of export or facility establishment are key factors. Thus, these players will enter other regions through government initiatives to establish space ecosystem in the country. For example, through spaceports, which is a major business model for the UK. The opportunities for North American launch service providers will be restricted by the associated costs, ease of technology transfer and availability for launch.

Current Status of Development
Many of the dedicated launch service providers are currently under development, such as the testing and evaluation phases. The main factor being considered by smaller players in satellite constellation is the reliability of the launcher, as cost is the major constraint for these players.

Establishing this factor remains a challenge for the dedicated launch service providers — as of this writing, there is only one dedicated services provider that is successfully providing commercial launch services.

Also, the consistent failure by the launch service provider can drive the development costs higher, which in turn increases the cost per launch for customers, that being the key selling point for these launch service providers. The smallsat constellations require the launch of multiple satellites in a short period of time to shorten the duration of being operational, and that need multiple, increased frequency launches.

This requires the launch service providers to establish a serial production facility and faster manufacturing techniques to increase the inventory to achieve the targeted launch rate of one per week. The key to this is optimization of the launch frequency, inventory and manufacturing capability. The demand versus capacity supply helps the industry to understand the current gap and the over capacity supply if all new entrants become operational.

Growth Opportunities
The growth opportunity for the smallsat launch services industry is driven by the larger constellations and that will result in high volume demand for the component manufacturers, dedicated launch service providers and low-cost ground station services.

Participation by the government agencies through investment in the commercial constellations for R&D, capacity purchase and establishing the enabling regulatory framework, will a crucial enabler for new entrants as well as established players to meet the demand of the industry. Also, this is indicative of increased public private partnerships.

However, the possibility of regulation developments for debris mitigation and frequency congestion due may inhibit the launch of the currently announced size of constellations, or increase the opportunity for the players to use the other ends of the frequency spectrum.

China and Civil Government Mega Constellations
The Chinese Hongyun constellation has the objective to provide connectivity in China, which is currently being developed by CASC. The initial constellation size proposed was 324 satellites to be deployed in two phases, now updated to 864 satellites. The first successful flight was accomplished in December of 2018. Also, Chinese current regulatory framework has enabled commercial players in the launch services market, such as Onespace, Landspace and i-space, as opposed to the predominant role CASC has played in the space industry.

Regulatory Impact
The recent shift in the ease of approval for smallsat actors at the lowered fee of $30,000 has enabled launch operations by them. However, constraints include satellite under mass class of 10 kgs., a lifetime of 6 years (including time to de-orbit) and 10 or more satellites per license. Simultaneous, multiple applications are allowed from the same organization. This ease in the approval process for satellite operators will further enable the growth of smallsats and, in turn, will further the launch demand for dedicated smallsat missions.

Additionally, countries such as Japan are enabling the operations of commercial launch service providers by providing them with additional support in terms of third party guarantees for space insurance. A similar effort is underway with the UK government, shifting their policy from per launch to per occurrence and covered at 60 million pounds. Other countries like New Zealand are enabling the commercial players through their space agency by through investments, research facilities provisioning and well defined launch regulations. The country’s TSA agreement enables the ease launch vehicles importation into the country, such as U.S. based service providers who launch in New Zealand. 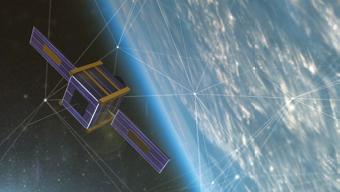 Spaceport Operators: Key Enablers
Currently, many new spaceports are proposed and under-development, targeting the demand for smallsat launches. Agencies like the UK Space Agency are enabling spaceports to establish the space ecosystem in the country. Similar effort are being observed, such as the case of the Esrange spaceport in Sweden, Alcantara in Brazil and Spaceport Portugal, which is under development.

One-Web and Starlink Constellations
OneWeb has planned a constellation of 648 satellites and has already launched six satellites, all successfully on-orbit and in operation. As of this writing, the company’s first considerable deployment launch is to happen in mid- to late January of 2020 and may have already occurred prior to the publication of this article.

OneWeb has the facilities to the complete satellite manufacturing in-house, thereby extending the firm’s role from operator to manufacturer.

SpaceX’s Starlink has an overall constellation size of 12,000 satellites and launched 120 satellites in 2019. The company has planned about 24 launches dedicated to Starlink constellation during 2020. This also increases the launch opportunity for other smallsats that could be launched along with these missions. This increases the frequency of for the satellite operators/manufacturers to launch their satellites via SpaceX rockets — currently priced at $5,000/kg. for a payload of up to 200 kgs.

The Space Debris Issue and Space Sustainability
With the increase in the number of satellites being launched, the issue of space debris is of crucial concern and was recently addressed with the release of the 21 guidelines for sustainability in space by the United Nations. These guidelines encourage implementation of regulations in terms of space debris and the de-orbiting of satellites through national regulations as well as promoting the peaceful use of space.

Investment Challenges
2019 has seen some pause or close their operations due to investor pullout. Other smallsat actors have reduced the size of their constellations. However, this does not impact the overall smallsat industry.

For more details and insights, a deep dive into Frost & Sullivan’s reports is highly recommended. The company uniquely positions itself in the sector with an extensive understanding of the smallsat and launch service market and value added services (Geospatial, Navigation, IoT and SATCOM). The company is available to conduct studies to assess the market requirements for companies that desire to address the demands of the space sector.

Prachi Chandravadan Kawade is a Research Analyst at Frost & Sullivan and is based in Chennai. She leads the space database program at F&S. Her expertise includes launch vehicle and satellite market studies, space industry ecosystems, IoT and SATCOM. Prachi is author for the company’s research reports and she also supports specific client consults in the space sector. She can be contacted at prachi.kawade@frost.com