Although the performance of communication satellites could be predicted theoretically, until 1962 or 1963 there was considerable doubt concerning whether their actual performance would match the theory. This was one of the basic motivations for the early communication satellite experiments. Two other important factors were the desire to prove the satellite hardware (since space technology in general was still in its infancy) and the need to test operational procedures and ground equipment. Whereas the first few experiments (SCORE, Courier, and Echo) were very brief beginnings, the Telstar, Relay, and Syncom satellites laid definite foundations for the first operational satellites. 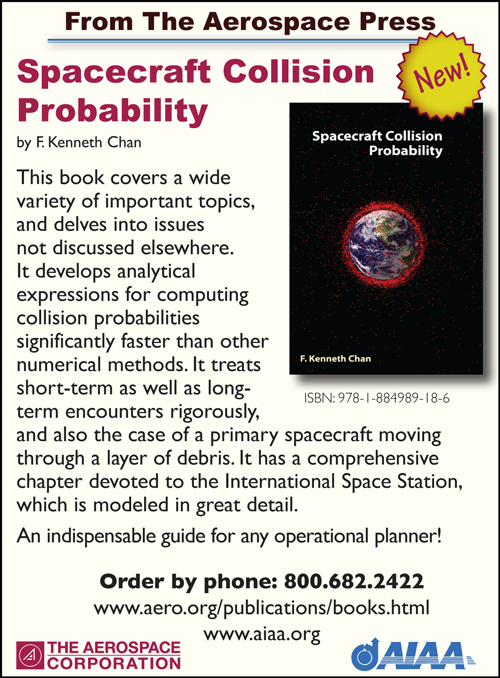 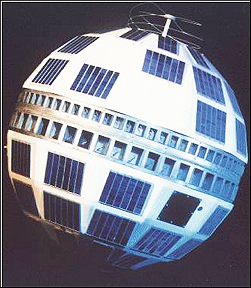 An active satellite was decided on because the required balloon size for television bandwidths was much beyond the state of the art. The choice of the Delta launch vehicle provided basic design constraints such as size, weight, and orbit. In accordance with the fifth objective, the satellite contained a number of sensors to make radiation measurements. The third objective was accomplished by the construction and use of a ground station at Andover, Maine.

Two Telstar satellites were produced. The satellites were 34.5-inch diameter spheres with solar cells covering most of the outer surface. The solar array output alone could not support operation of the communication subsystem, so batteries were used to supply the peak power requirements. The batteries were recharged during the periods when the satellite was not in view of the ground terminals and the communication subsystem was turned off. This subsystem had a single channel with a 50 MHz bandwidth. The program details are as follows. 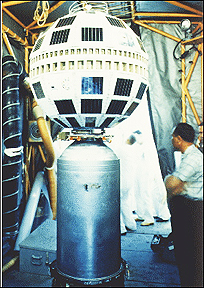 After Telstar 1 was launched, in the following 6 months, about 400 transmission sessions were conducted with multichannel telephone, telegraph, facsimile, and television signals. In addition, more than 250 technical tests and measurements had been performed. Stations in the United States, Britain, and France participated in these activities. In November 1962, the command subsystem on the satellite failed. The cause was later established as degradation of transistors due to Van Allen belt radiation. Various operations effected a recovery that allowed the satellite to be used for another month and a half early in 1963, after which the command subsystem failed again.

Telstar 2 was nearly identical to Telstar 1. The only significant design change was the use of radiation-resistant transistors in the command decoders. The Telstar 2 satellite orbit had a higher apogee than Telstar 1, which increased the time in view of the ground stations and decreased the time in the Van Allen belts. Telstar 2 was launched in May 1963 and operated successfully for 2 years.

Donald H. Martin is a senior engineering specialist in The Aerospace Corporation’s Architectures and Spectrum Management Office. Martin joined the Communications Department in the Engineering Group at Aerospace in 1968 after receiving B.S. and M.S. degrees in engineering from the University of California, Los Angeles. He has been collecting information on satellite communications since 1972, when his manager offered him a choice of assignments: of the three options, he chose to write a description of communication satellites then in orbit. The assignment grew the next year to include a report describing satellites being built, and gradually expanded to the first edition of “Communication Satellites in 1986”, with the book now in its Fifth Edition.