AsiaSat has been a pioneer in “empowering” satellite orbital slots. By using these valuable and scarce resources efficiently and leveraging ground technologies that are getting incrementally more powerful, the company has been able to offer high-value and reliable communications services to customers in the Asia-Pacific region. 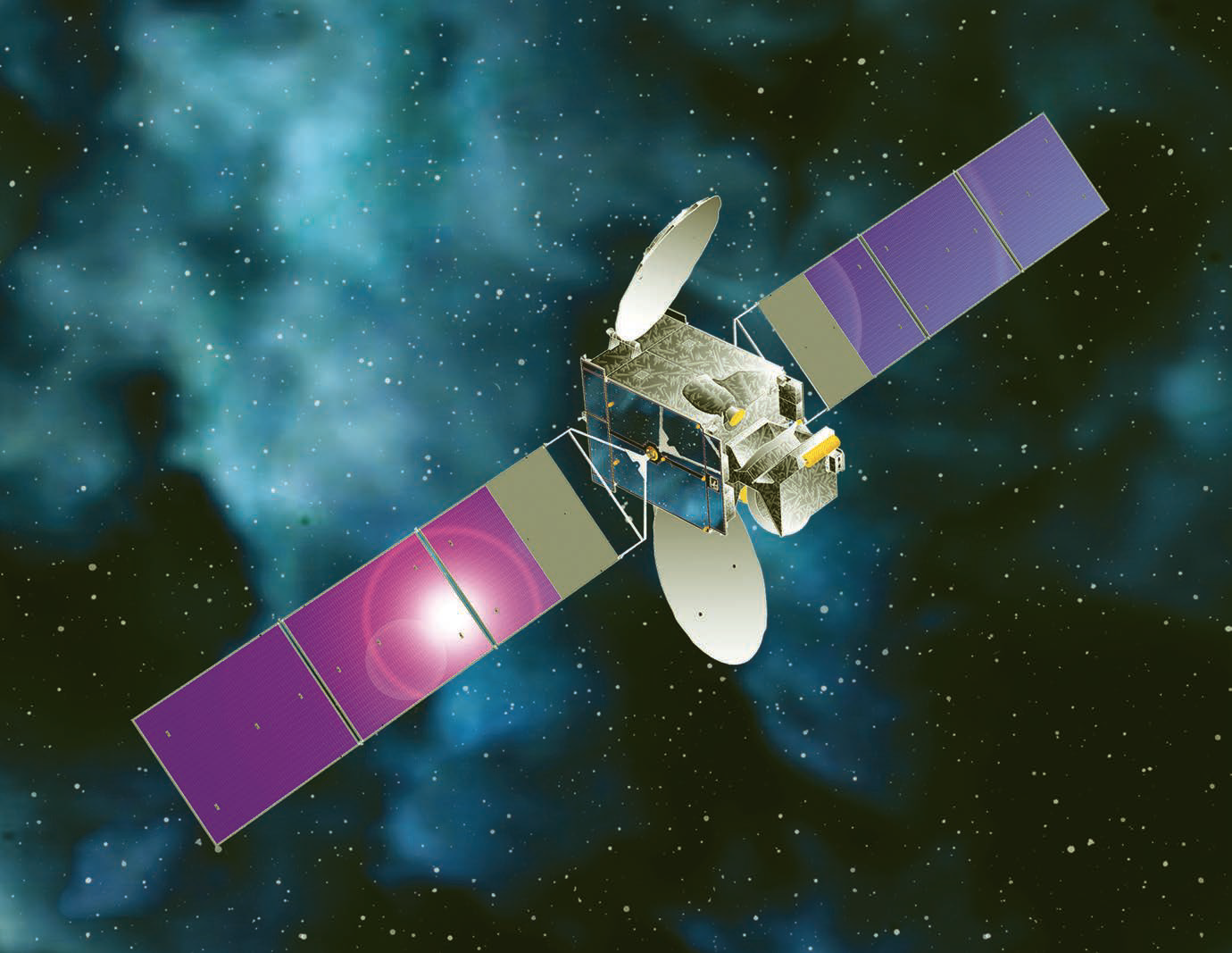 AsiaSat 6, at 120 degrees East, provides a high-powered platform for the distribution of HDTV services across China.

Extending Frontiers in Space
Over the last 30 years, AsiaSat has been actively working with world-leading satellite manufacturers to custom-build its satellite fleet.

To optimize the coverage area, the key is to decide ‘Where’ to deliver the RF power and ‘What’ is the most appropriate level of RF power across the targeted coverage. These two “W”s are directly related to the satellite antenna design and the selection of the appropriate high-powered Traveling Wave Tube Amplifiers (TWTAs) for the payload. The optimization direction for the two “W”s is driven by customers’ requirements and the innovation boundaries of the space industry. 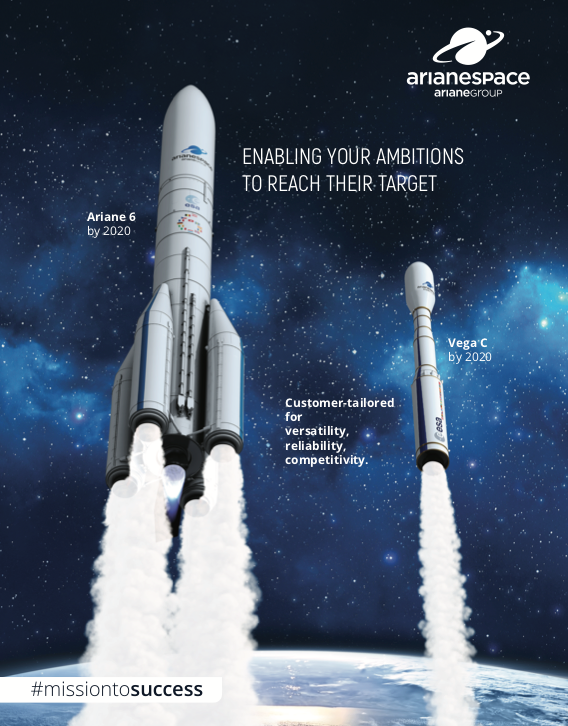 Reliability determines the number of spares that is needed during a satellite’s entire service life in orbit and the usable transponder life and the service quality that can be provided to customers. The unparalleled reliability of the TWTA makes it instead of the Solid State Power Amplifier (SSPA) the workhorse for FSS operations from the early 1970s until now and into the foreseeable future.

TWTA cooling methods include radiation cooling and conduction cooling. The latter can take up far less space on the payload real estate and enable more compactly integrated payload design, however the downside is that it is more costly.

Thermal and mechanical requirements determine the satellite bus platform design, thus may affect the overall cost, schedule and performance of the spacecraft.

From Low Power Spinner to High Power Three-Axis Stabilized Platform
Back in the days of AsiaSat 1 (dual-spin satellite manufactured by Hughes and launched in 1990), the on-board C-band TWTA generated merely 8.2 W output power with less than 40 percent efficiency. 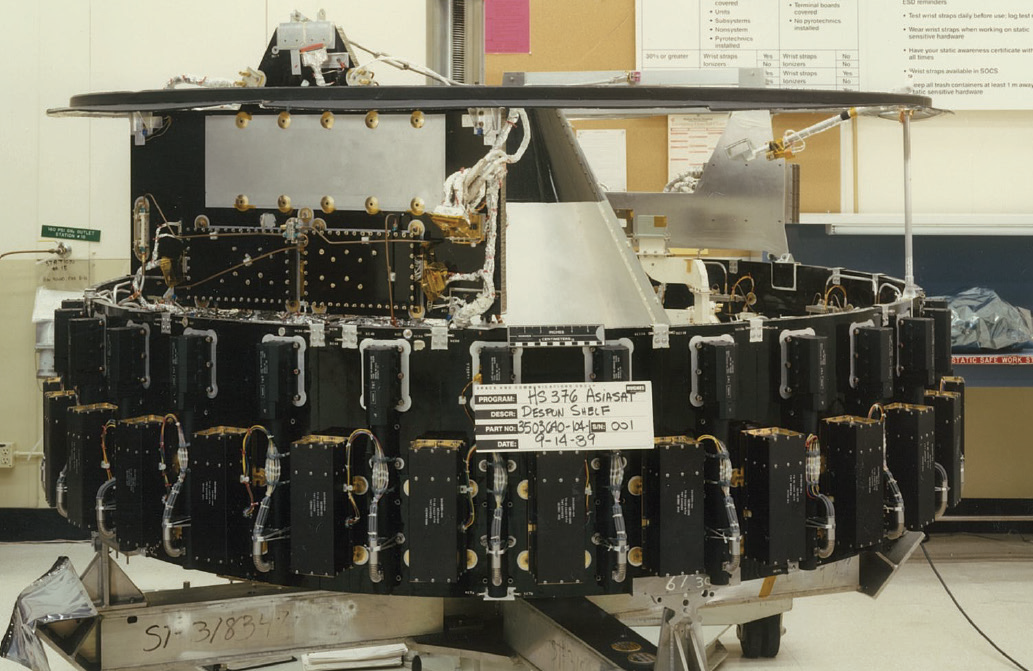 The integrated Electronic Power Conditioner (EPC) and Traveling Wave Tube (TWT) onboard AsiaSat 1 generated 8.2 W output power and was one of the best performing satellites in Asia during the 1990s.

AsiaSat 1 was a pioneer in providing commercial C-band satellite service in the region. It was the region’s first privately-owned communications satellite and for much of its lifetime, it held on to the record as one of the best performing satellites over the Asia-Pacific region.

When it came to AsiaSat 2 (three-axis stabilized satellite manufactured by Lockheed Martin and launched in 1995), the output power of the C-band TWTAs of this more powerful satellite had increased to 55 W, and Ku-band transponders with shaped antenna beams and 115 W TWTAs were introduced in Asia for the first time. Besides, TWTA linearizers were used for all transponders, which further helped the output power increase by more than 1.5dB for multiple carriers applications.

Now, as AsiaSat enters into the fourth decade of servicing customers in the region, the output power of its satellites’ C-band TWTAs has been pushed up to 110 W on AsiaSat 6 and AsiaSat 9 (manufactured by SSL and launched in 2014 and 2017, respectively), with AsiaSat 8’s Ku-band TWTAs increased to more than 210 W, which are the highest power on record among the current generation of GEO satellites.

Increased Satellite Power Reducing Cost of Ground Systems
The increased satellite power (EIRP) has significantly reduced ground Earth station’s profile. Back in the era of analog satellite communications, the size of a Standard-A Earth station C-band antenna very often exceeded 30m with a G/T >40.7 dB/K, and it was later reduced to 15-18m with a G/T >35 dB/K. Users can now use antennas of no more than 3.7m with a G/T >22dB/K to enjoy the highly reliable C-band satellite service.

Aside from the RF power, satellite communications has been “empowered” by rapid advances in ground digital communication technologies over the last two decades. In the mid 1990s, the launch and then the gradually accepted DVB-S system coupled with the MPEG-2 standard, enabled the advent of digital broadcasting in Asia with AsiaSat 2 delivering Asia’s first digital TV channel offered by Germany’s Deutsche Welle, and later grew to a bouquet of European channels serving millions of viewers in the region. 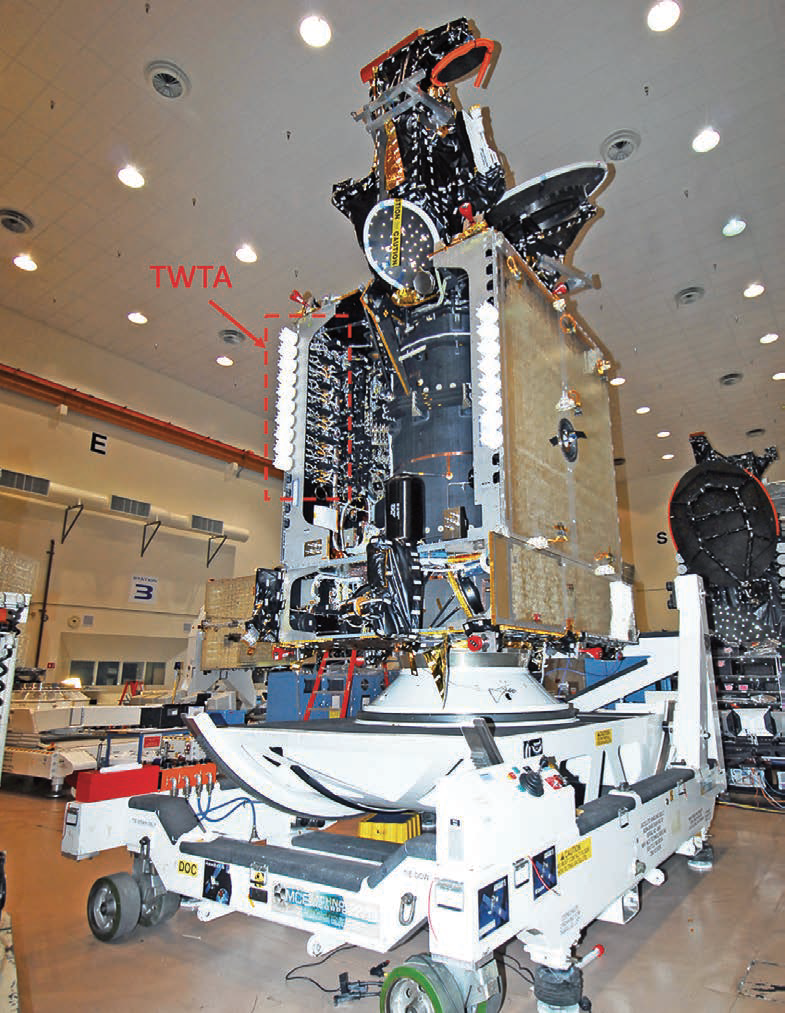 Evolution of Digital Technologies
The DVB-S standard, as an open standard, can encapsulate IP data streams in the satellite links, which inaugurated the journey of digital satellite services where the link margin in dBs can be transformed to data capacity in Mbps.

The DVB-S2 standard, the successor to DVB-S, has been in use since mid 2000s. It has an improved Forward Error Corrections (FEC) algorithm and was able to achieve about 30 percent more spectral performance than the DVB-S standard, saving more transponder power and bandwidth, hence cost-savings for end users.

In 2014, DVB-S2X, the extension to DVB-S2 standard, was published, where the very low C/N down to -10 dB can be supported, and MODCODs of finer granularity up to 256 APSK were added for a smoother data rate transition in the increasingly dynamic operating environment over the time, frequency and space domains. It is evident that the synergy of ground “digital power” and the space “RF power” can greatly facilitate the design and deployment of more sophisticated satellite network systems.

AsiaSat has already conducted extensive research on HTS technologies. A series of patents on the HTS deployment and operation innovations have been submitted and granted.

For example, Patent US9425888B2 is on the high-speed inflight connectivity (IFC) of airplanes by spot and regional beam overlays.

Patent US10050698B2 is on harvesting the guard band and unpaired Ku- downlink spectrum to support HTS and other satellite communications.

Patent US10291317B2 is on multi-band spot beam layouts to save HTS payload designs as well as help meet the end users’ versatile demands.

Patent US10291315B1 is on a strategical way to operate a digital HTS system.

AsiaSat will continue to harness new innovation both in space and on the ground, in order to fulfill and exceed the customers’ expectations and to empower them for success.

Conclusion
AsiaSat has continued to innovate and deploy features on the company’s service to support the ever advancing transmission, modulation, compression and other digital technologies in space and on the ground for customers to enjoy a high performance, robustly reliable and convenient service product.
www.asiasat.com