Satellite Availability
The design, development, manufacture, and test timeline of a satellite is a complex endeavor, typically requiring years and often taking longer (sometimes much longer) than planned. The first new satellites for constellations are exposed to such delay risks. Once design and production processes mature, delay risks typically diminish but are not eliminated. Delays are quite possible, given that providing satellite-based global Internet services is a relatively new technology. For example, on May 1, 2018, OneWeb announced that its first 10 operational satellites, previously planned for launch that month, had slipped to the end of the year.38

Ground System Availability
The ground system required for the orbiting satellite constellation is also a source of delay risk. A recent example is the delay to deployment of GPS III satellites due to delays in completing the GPS III ground system.39,40 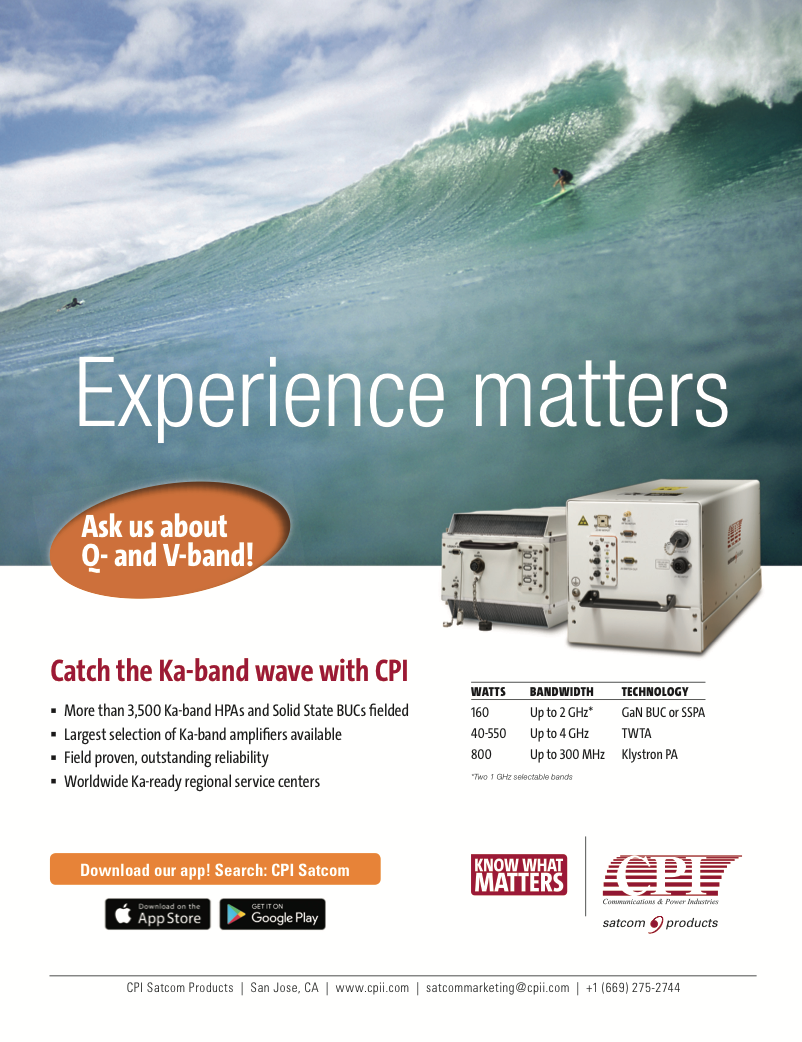 Launch Vehicle Availability
Like satellites, the development and production of launch vehicles can also lead to delays. The likelihood of a delay and the magnitude of the delay are both typically greatest for the maiden launch. Launch vehicle production can be impacted by natural disasters near or at the production facilities. Metrics on annual flight rates by launch service providers, both domestic and international, for the past several years show that any given provider has a relatively stable flight rate to meet its existing demand. These providers‚Äô production lines are based upon the expected launch rate and will take time to ramp up.

The addition of hundreds of launches to propel thousands of satellites into orbit over the next several years seems likely to intensify delays due to a potential lack of launch vehicle availability. It is also possible that the price of launch services will increase if demand significantly exceeds supply.

Transportation
Accidents and delays happen in all modes of transportation. During the space shuttle era, a train carrying solid rocket motor segments from Utah to Florida derailed and an external tank being barged from New Orleans to Cape Canaveral was nearly lost at sea during a tropical storm.41 The Delta Mariner, a ship designed for carrying rockets from Alabama to Florida, collided with a bridge while proceeding in the wrong river channel at night. Satellites are also at risk. For example, damage during shipment of Superbird 8/DNS 1 to its launch site caused a nearly two-year delay.42

Regulatory
The licensing process for launch vehicles and satellites can result in launch delays. The Secretary of Commerce has stated that the current process for gaining regulatory approvals can take longer than the design-to-launch process. The National Space Council and the U.S. Department of Commerce are working to streamline the regulatory process to mitigate future delay risk.43

Launch Vehicle and Satellite Processing
Activities during launch processing campaigns for both the launch vehicle and spacecraft can be delayed for any number of reasons. Individual tasks may take longer than planned. Problems or accidents during processing may occur. An issue with flight hardware may be discovered prompting a recall.45 Delays can occur when transferring flight hardware elements from one processing site to another (e.g., from an integration facility to a launch pad) due to weather or other causes. Labor disputes may result in the processing workforce going on strike or social unrest in the local area may cause a halt in operations.46,47

Launch Provider Capacity
The limited capacity of launch site processing infrastructure contributes to delay risk. Integration facilities may only be able to handle serial processing of one rocket at a time. The facilities‚Äô processing capacity limitations consequently become production bottlenecks to higher launch rates and limit a launch service provider‚Äôs ability to catch up after a delay. Likewise, all launch pads can handle only one rocket at a time and require several days after a launch for refurbishment before they can accommodate the next launch.

Current U.S. environmental assessments for rocket launch operations do not require consideration of atmospheric effects of rocket exhaust emissions above 3,000 feet. However, concerns regarding such emissions coupled with a large increase in launch rate could prompt new regulations and specify additional limits on launch frequency, further delaying constellation deployments. Scientists are beginning to explore this concern and the United Nations 2018 Quadrennial Global Ozone Assessment will include a section focused on rocket emissions.54 “The relatively unconstrained atmospheric flight operations enjoyed by space launch providers since the beginning of the space age cannot be taken for granted as a permanent condition.‚Äù55

Range Availability
Launch ranges have limitations in their ability to conduct large numbers of launches. The Eastern and Western ranges can conduct only one launch on any given day and require a day or two between launches to reset. As ranges become congested with multiple launches, delays can accumulate. A launch service provider is typically allowed a couple of launch attempts before having to yield the range to another waiting user, with the delayed launch moving to the next available time slot on the range. After being scrubbed for weather three days in a row, the STS-101 mission was delayed nearly three weeks because Atlas and Delta launches were scheduled for the next two weeks.

The advent of autonomous flight safety systems (AFSS), capable of terminating flight if a rocket malfunctions, is changing this constraint. While only SpaceX is flying such a system today, the Air Force is pressing all U.S. launch service providers to implement AFSS. However, conducting same- day launches may still be problematic because rockets with AFSS use GPS signals, which become disrupted by rocket exhaust plumes.56,57 The separation in time between launches from the same site will need to be sufficient to allow GPS distortions to dissipate, which is analogous to spacing aircraft far enough apart to avoid accidents from shedding vortices. Other considerations include proximity to adjacent launch pads that preclude same-day launch operations or hazardous operations such as static fire testing.

Other factors can hinder the conduct of launch operations on ranges, including workforce limitations and natural disasters. The range operations workforce for CCAFS and VAFB is sized for the expected number of launches and resizing this workforce for a significant increase in launches takes time. Hurricanes, wildfires, and earthquakes may also disrupt operations. A large wildfire in California, for instance, scrubbed an Atlas V launch countdown and caused major damage to the range infrastructure. Launches were halted for seven weeks.

Launch Scrubs
Because launch pads can accommodate only one launch vehicle at a time, launch scrubs contribute to limiting the overall launch throughput. Launch scrubs are exceedingly common and occur for a variety of reasons. The probability of a launch scrub varies somewhat between providers based upon vehicle design, launch commit criteria, and local weather. The time to the next launch attempt after a launch scrub depends on the reason for the scrub. In the case of scrubs for weather, the next attempt can occur on the following day. However, launch scrubs due to flight hardware problems often require a longer time to resolve.58,59

Launch Failures
When rockets fail to place their payload correctly into orbit, a subsequent extensive failure investigation determines the root cause, and corrective action is then taken to prevent a reoccurrence. During the investigation and corrective action period, which may be weeks, months, or years, the entire launch vehicle family is usually grounded. While rare, ascent anomalies can occur on or very near the ground, and the resulting damage to the launch pad can be extensive. Therefore, the availability of that site for future launches depends on the amount of time needed for repairs. The probability of a launch anomaly resulting in a grounding varies among launch vehicles, with some vehicles being perhaps more reliable than others based on their flight history. However, it is unreasonable to assume that any launch vehicle is immune to ascent anomalies.

Satellite Failures
If satellites being deployed fail on orbit, constellation developers may elect to halt deployment until the underlying problem can be determined and corrected. For example, Europe‚Äôs initial batch of Galileo satellites experienced problems with their onboard atomic clocks after being placed in orbit. The Galileo managers elected to reschedule an August 2017 launch to December of that year and resolve the problem. 60,61 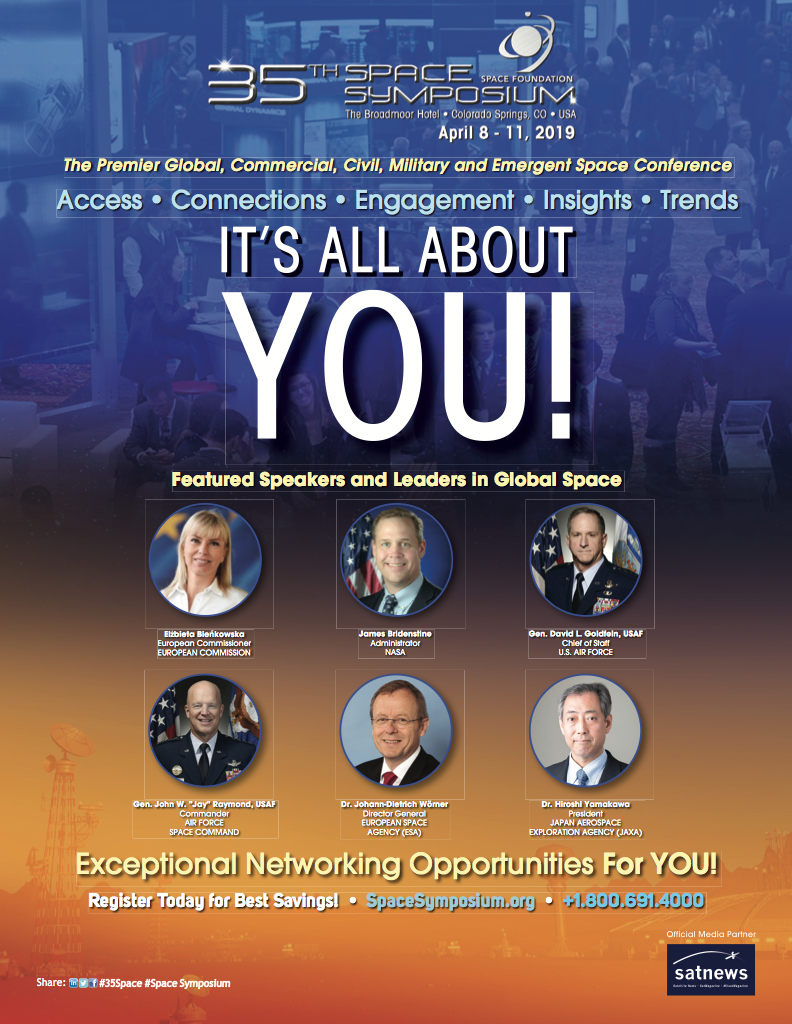