Communications networks that must operate at high-altitude in mountainous regions have always been a challenge to install. 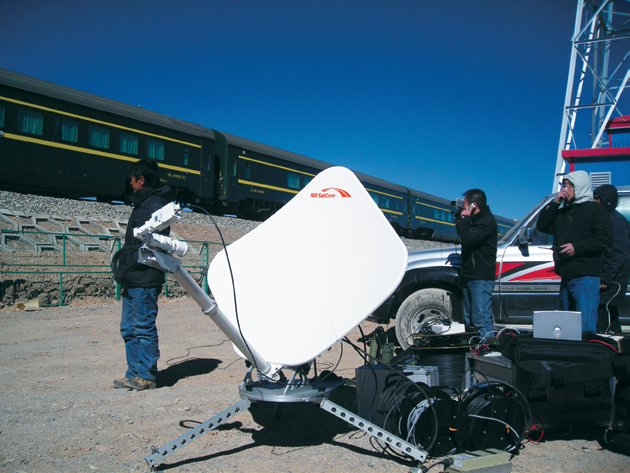 Low temperatures, storms, power outages or even low atmospheric pressure can impact upon the availability and reliability of the equipment in use. However, what if you have an application scenario that demands that the high altitude-based communication system operates flawlessly at all times?

ND SatCom offers a solution that has proven complete accuracy under such harsh environmental conditions. Satellite network solutions that are based on the company’s SKYWAN modems with integrated IP-routing were implemented in many remote and inaccessible parts of the world and reveal a track record of reliability and high availability.

ND SatCom’s SKYWAN, unlike other SATCOM networks, provides ad-hoc and on demand connectivity in one single hop via the satellite, directly between those sites which need to communicate at that moment. The connectivity is automatically established without manual or network management intervention, and is based on the dialing number of a phone call or the address of IP data packets.

The network’s satellite capacity is automatically assigned by the system, considering the Quality of Service (QoS) required for the respective type of traffic, and the data volume. This allows for phone calls transmissions with minimum latency as well as voluminous files, or even real-time data, such as video, being handled.

The communication is blocking-free, so many parties at various sites can communicate with one another at any time. A SKYWAN network is private and requires no terrestrial routes between the sites and users. The network is a compact and user friendly system that supports thousands of daily users to communicate securely, effectively and quickly via satellite. 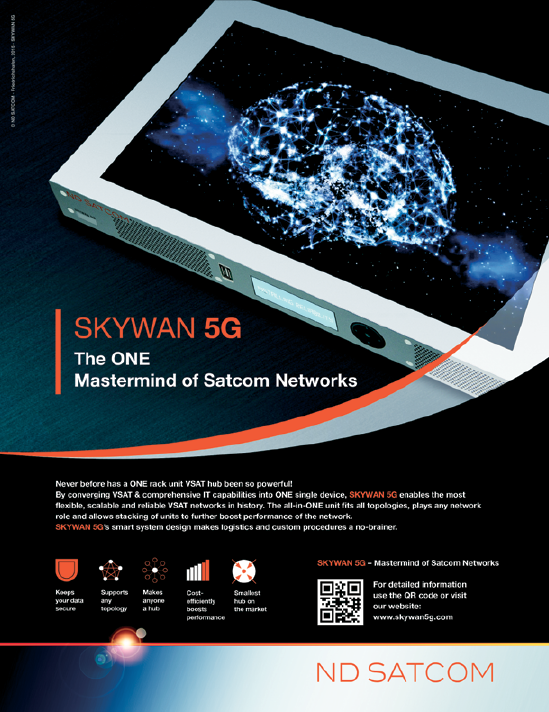 The Tanggula station at 5,068 meters above sea level is the highest situated railway station in the world. The passenger connection to and from the Tibet Autonomous Region to China is managed by 361 high altitude passenger carriages that are equipped with special, enriched oxygen and UV-protection systems.

The railway track was placed into service in July of 2006 and is a crucially important means of transportation for people as well as their goods in this remote region. The government of China considers this railroad to be on the greatest feats in modern Chinese history.

Within the Golmud to Lhasa section of the line there are 45 stations, 38 of them unstaffed, all fully monitored by the control center in Xining. The railway passes through regions of permafrost as well as areas that are prone to earthquakes.

The Chinese authorities saw the need of establishing an emergency communications network to ensure safe railway operations under a worst case scenario. Due to a lack of terrestrial infrastructure, the system had to be satellite-based and had to ensure the greatest availability possible.

The challenge was to find a solution that would comply with extreme weather conditions. In particular, the low atmospheric pressure at 4,000 to 5,000 meters above sea level was a key requirement. The project was awarded to ND SatCom.

In 2007, the SKYWAN network was deployed as the backup and emergency communications network along the Qinghai - Tibet Railway. The network consists of transportable “FlyAway” stations as well as a fixed 3.7 meter gateway station. This gives the railway authority the option of establishing a FlyAway station at any point along the railway line to supply the control center with up to date information (voice, video and data) about current local conditions. That, in turn, ensures that decisions made on the safe passage of the trains can be based on real-time data—an element that has an impact on the people who rely on the railway for moving in and out of the region as well as the greater economic impact on the transfer of goods into the area. 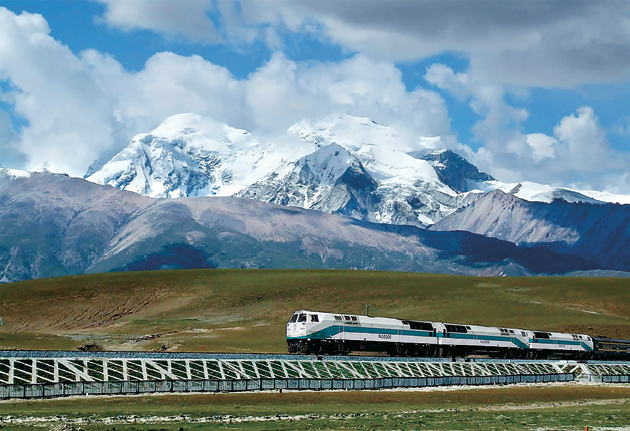 Image of train travel on the Lhasa-Shigatse extension of the Qinghai-Tibet Railway.

Benefits
A satellite communications network located in such harsh environments may often be exposed to natural interferences at some sites, e.g., heavy snowfall, power failures or storms that may impact station operations. In such cases, a SKYWAN network has several built-in features that prevent a complete network outage: The network control functionality can be diversified over two geographically dispersed stations that require no terrestrial connection between them. In the case that one becomes inoperable, the other can immediately take over network control. The user communications via the other sites continue without interruption. An additional advantage for the network operator is that the network control station is lightweight and quite compact: The unit fits into a small, 19-inch rack. This allows for the easy deployment of a completely new network in any area, at any time.

User communications are only transmitted via the stations to which the users are directly connected. Those stations are connected in a single-hop via the satellite and require no other terrestrial infrastructure or routes.

This means that a failure of terrestrial routes has no influence on safe and reliable communication between the user’s sites.

When used as a backup network, the built-in IP-router monitors the availability of the primary link and automatically switches over to the secondary link, e.g., via satellite when a terrestrial link becomes unavailable.

The operational experience of such highly available networks and their features, combine to achieve the utmost Quality of Experience making SKYWAN an ideal choice as well as for managing communications under extremely demanding circumstances.

Volker Jarsch works as Director Satcom Solutions for ND SatCom. His tasks include the development of concepts for synergies between customer applications and their systems and the features of ND SatCom’s portfolio of SKYWAN and integrated terminals. His experience builds on numerous customer projects in the field of governmental applications and enterprise communications which were realized by ND SatCom in the past years. 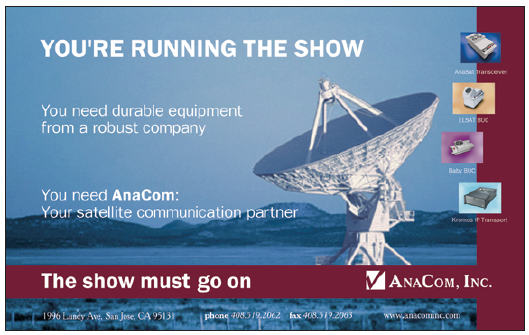