Pay-TV giant DirecTV will adopt Ultra-HDTV, which is the "next generation" follow-on technology from today's HDTV. 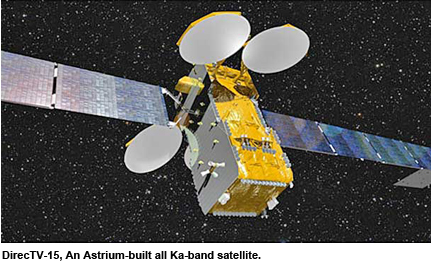 DirecTV is already planning its future spectrum needs in readiness for U-HDTV. Philip Goswitz, DirecTV’s Senior Vice President of Space & Communications/R&D, speaking at the Satellite 2012 event in Washington, DC, said “4,000 and 8,000-line services are great for the satellite industry and will ensure that satellite broadcasting continues to distinguish itself for image quality of service. We see this as a key strategic advantage for us. At DirecTV we see a couple of things happening. First, our subscribers are migrating away from Ku-band, and upgrading themselves to Ka-band and its HDTV services. In four or five years, our Ku-band [transmissions] could end. We are also developing the so-called Reverse Band for DBS services, and these are on our Road Map for future international services. 4000-line is exciting to us because of its image quality, and the potential for glasses-free 3D.”

While Goswitz did not say when 4,000-line services would start, and it is fair to say that there’s still a great deal to be done on compression and other enabling technologies in order to bring these very high-resolution images into viewers’ homes, it is nevertheless clear that DirecTV wants to see its lead maintained over terrestrial TV, cable and DSL-type delivery services—Goswitz sees satellite as maintaining that technological edge.

Japan’s planned introduction of Ultra-HDTV is scheduled for 2020, and will use Ka-band, a largely unused set of frequencies around the globe. In February the ITU’s World Radiocommunications Conference in Geneva also agreed that Ka-band would be used as the future carrier of U-HDTV signals.

DirecTV is already transmitting very successfully in the Ka-band to its North American customers. Goswitz described his Ka-band satellites as “spectacular.” Indeed, DirecTV could successfully argue that its Spaceway Ka-band satellites are the most profitable satellites being used anywhere (whether in Ku-, Ka- or any other band), as they are helping generate some $20bn a year in revenues for DirecTV because of their spot-beam and ‘local-into-local’ HDTV services over North America.

Goswitz admits that few people even know that Ka-band is being used, such is its seamless integration into DirecTV’s overall portfolio of satellite assets. “I am not even sure our own executives know! They don’t know the difference between Ka- and Ku-band, and why should they?” 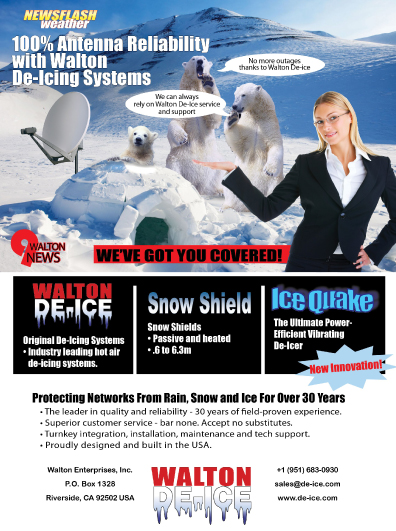 “But Ka-band doesn’t just mean broadband. To us it means broadcasting. The truth is that, as our Ku-band transmissions end, then increasingly every dollar in revenue is attributable to Ka-band. We’ll be entirely Ka-band in about five years. Currently, of our total $27bn in annual revenues, about $20bn comes from Ka-band,” said Goswitz.

Goswitz’s reference to ‘Reverse Band’ covers the 17 to 24 GHz bands, and these—at least as far as North America is concerned—have always included video services. New satellites operating in these ‘Reverse’ bands must comply with FCC obligations to have four degrees of orbital spacing.

DirecTV also has two Ka-band craft at 99 degrees West and three at 103 degrees West. Their future plans include contracts for two new Ka-band craft: D-14 (Q1-2014 launch being built by Space Systems/Loral), and D-15 (Q4-2014, to be built by Astrium) to “provide additional HD, replacement and back-up capacity,” says a recent SEC filing, and expected to be used for its Latin American services.

DirecTV’s Ka-band satellites were brought into the fleet with a little help from Rupert Murdoch and News Corp, achieved when News Corp bought a controlling interest in Hughes Network Systems (which it subsequently sold off) but retained possession of Spaceway 1 and 2. Much of the on-board ‘broadband’ processing and switching was abandoned in favour of DirecTV’s ‘local into local’ HDTV services. 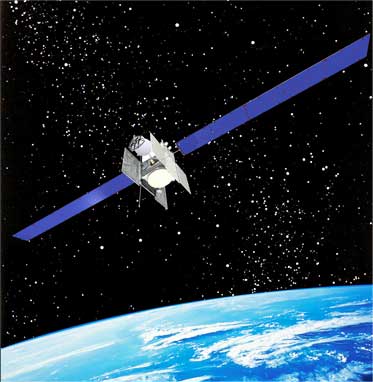 Spaceway 1 was launched (by Sea Launch) in 2005, and with a 12-year life expectancy. Ariane launched Spaceway 2 in April 2006, again with a 12-year lifespan. This suggests that sometime in the next year or two DirecTV will need to order up their replacements.

One interesting comment from Goswitz concerned two-way satellite-based activity. Contrary to the thinking of many of his satellite competitors, and including EchoStar’s Dish, it seems DirecTV is not in the slightest bit interested in itself providing two-way traffic links to and from consumer’s homes. “Our customers are not asking [for a satellite-delivered service],” he stated. “In Latin America, it is a different story, but in the U.S. we have yet to meet a customer who cannot get [separate] access to broadband.”

He was also quite happy to agree in the importance of streaming content via any available means. “We’ll stream everything we can to our subscribers. These services compliment TV. Our job is to knit these services together. But satellite is the most powerful, and efficient, method of getting TV into homes.”

About the author
Contributing Editor Chris Forrester is a well-known broadcasting journalist and industry consultant. He reports on all aspects of broadcasting with special emphasis on content, the business of television and emerging applications. He founded Rapid TV News and has edited Interspace and its successor Inside Satellite TV since 1996.  He also files for Advanced-Television.com. In November 1998 he was appointed an Associate (professor) of the prestigious Adham Center for Television Journalism, part of the American University in Cairo (AUC), in recognition of his extensive coverage of the Arab media market. He wrote “High Above – the untold story of Astra, Europe’s leading satellite company”, in 2010. 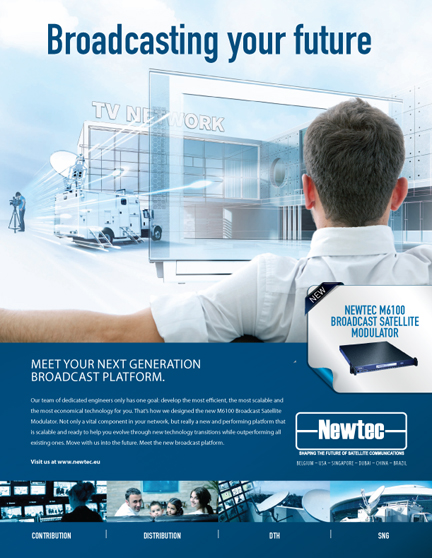