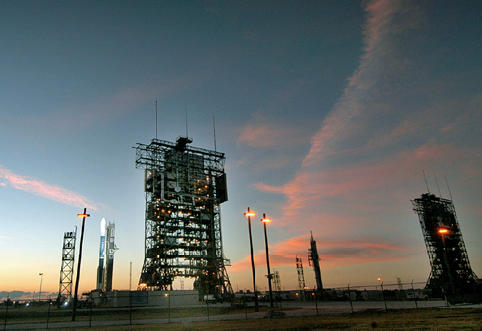 While there is great opportunity for entrepreneurs looking to space, there remains today significant barriers for the bright ideas of tomorrow. With shared launch available for spacecraft and numerous smallsat dedicated launchers on the horizon, the promise of accessibility to space is bright.

Exciting developments on the launch front are encouraging; however, the other enabling elements of the space segment lag far behind and remain significant barriers for taking today’s bright ideas and turning them into the game changers of tomorrow.

What’s holding us back? What keeps all these great ideas from becoming reality in the commercial space domain? ‘Bespoke’ engineering talent and immense infrastructure spending all result in large amounts of required capital deployed over long timelines. What needs to change to enable good ideas to become achievable?

Just as we witnessed in the early days of the Internet, to transition from the rarefied, scientific R&D world of ARPANET and create today’s ubiquitous booming Internet, you needed affordability (the PC) and accessibility (the Internet and Netscape). Fast forward to today, with a standardized piece of hardware such as a smartphone, almost anyone, anywhere, with an idea can affordably and easily prototype their plans with just a bit of time, devotion, and little capital. This has powered our economy as well as presented growth and opportunity for millions.

To enable the commercial space entrepreneurs of the future, we need the same ingredients for space. The question remains, how do we accomplish that task?

Even today’s emerging entrepreneurial space companies with novel payloads and business concepts harbor a false belief that you must start by hiring a score of engineers, build clean rooms, design a satellite bus, integrate a payload, and establish your own ground segment—all years down the road before the first product can be delivered. The majority of capital raised in entrepreneurial space companies is spent building and developing items that already exist.

Innovation should be about addressing unmet business needs, not reinventing existing space technology and operations. Standardized, ready-to-ship spacecraft platforms are being produced now and there are available numerous shared and dedicated commercial ground segment providers. These products are accessible and engineered to work together—the time has come to cease reinventing the wheel!

After all, FEDEX and UPS didn’t build their own planes and delivery trucks—they leveraged existing assets and technologies whose development costs were already amortized across a broad cross section of customers. They focused on developing and scaling their innovative logistics and delivery businesses. Similarly, Amazon could not have become a success without the use of existing distribution networks.

By leveraging existing low-cost providers who already have partnerships in place, entrepreneurs can significantly reduce execution risk, lower required capital, shorten R&D timelines and reduce time to market. Companies such as York Space Systems, and its added-value partners, can put together complete end-to-end space-segment solutions for space entrepreneurs allowing them to focus on their business and data products, and avoid the added complexities, costs and inherent delays of developing and fielding a dedicated space infrastructure.

Ever since humankind first started reaching to the heavens it was accepted as an expensive endeavor, and with all things expensive, customization was accepted, and for the most part expected. This made sense then, but does it still make sense today in space? For example, think of the revolution in custom applications software (apps) that was driven by adoption of the modern cell phone complete with its standardized operating systems, software and hardware interfaces.

With a readily available standardized piece of hardware, smart phones packaged processors, memory, display, wireless connectivity, GPS, accelerometers, barometers and other sensors. With infrastructure networks already in existence as well as standardized hardware platforms, innovation has flourished and time to market for new ideas is now measured in months. 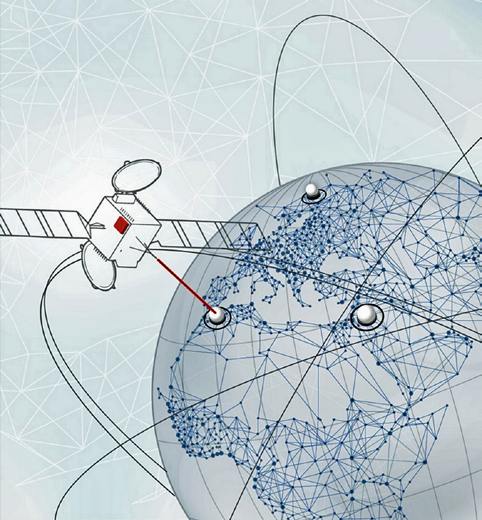 For simplicity, consider the first space startup, the ride-sharing company Uber. They didn’t have to build a global satellite navigation constellation (GPS, GLONASS, Galileo). They didn’t have to develop user hardware (cell phones), either. Rather, Uber figured out how to use what was in existence to create something new. Perhaps entrepreneurs and the space industry should look a little more closely at how goals are achieved. Your end goal might be a constellation of 400 satellites delivering and collecting real-time data every second of every day, but do you really have to deploy the 400 simultaneously to achieve the first objective or to field the minimum, viable product (MVP)?

By figuring out how to leverage what is available and affordable, it is likely the entire industry might gain by creating a space economy of standardized available products instead of designing a custom solution every time.

When solutions are exceptionally expensive, it alters your risk tolerance and stifles innovation. This has been demonstrated time and time again over the past 50+ years. Now, seemingly, every space program exhibits the same snowball effect paradigm. The first thought is “space is expensive,” so if it is expensive this satellite needs to do ‘more.’ When it needs to do ‘more,’ it gets complex quite quickly.

Increased complexity then causes delays in development and increased cost. Rather than adopting new technology with increased cost, schedule and risk, older technology is selected. The end-user is often left with an expensive compromise in capability: a complex spacecraft incorporating older technology that becomes obsolete prior to liftoff. The other outcome is program scope reduction, less spacecraft or outright cancellation of the program.

The time has come to shift the mentality toward flying more often, iterating quickly, and building on lessons learned; advancing technology and quickly performing through evolution rather than revolutionizing from scratch. By advancing technology in smaller increments, more frequently, we can lower the costs, shorten schedules, and create a more robust market environment across the industry enabling access and “the willingness to try” for a whole new generation of entrepreneurs.

Although the future shows great promise for space entrepreneurs, the barriers to entrance remain high, with historical based perceptions of what can be done, combined with antiquated approaches to achievement. Ultimately the path to unlocking the potential of space should be based on creating the infrastructure needed to provide affordability and rapid accessibility, the key parameters required to unlock the mass markets of the past.

The challenges facing entrepreneurs today are no longer technological in nature, but instead require thought and business transformation. Imagine instantiation of a novel space-based business plan in months rather than years, and capital requirements in the millions as opposed to hundreds of millions of dollars.

By leveraging existing standardized hardware, infrastructure, and incrementally evolving product technology, we can begin to implement the type of rapid iteration, risk reduction, decreased cost, and shortened time to market required for space to become truly innovative and vibrant once more.
yorkspacesystems.com