On December 4th, the Space Foundation released PIONEERING: Sustaining U.S. Leadership in Space, which puts forth recommendations to strengthen both NASA’s focus, oversight and funding and the overall U.S. civil space program. Following a summary of that report, which can be downloaded at the following direct URL link: http:/www.spacefoundation.org/programs/research-and-analysis/pioneering 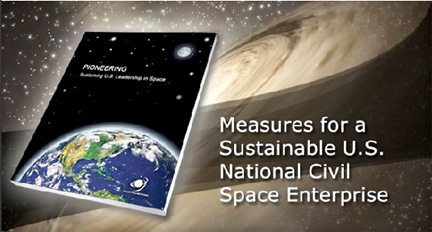 NASA’s Situation
NASA is an exceptional institution in a tremendous predicament. Its accomplishments have inspired billions and have marked the transition of humanity from earthbound creatures into a spacefaring species. Yet, the last time a human set foot on the surface of another celestial body was in 1972. Many of NASA’s advocates and supporters wonder why, in these past 40 years, the space program has played backward in slow motion: Going from a presence on the lunar surface, to operations only in Low-Earth-Orbit (LEO), to the final flight of the Space Shuttle with no capability to send astronauts into space aboard U.S. vehicles.

When NASA was created, it was given the lion’s share of responsibility for building the U.S. national civil space enterprise. NASA was built from an amalgamation of different laboratories, offices and programs, assembled in haste and immediately challenged with a high-risk, rapid-turnaround program to land an American on the Moon.

NASA rose to the challenge, marking one of humanity’s greatest achievements. Dramatic changes have occurred since then. The space enterprise is now a $290 billion global endeavor, with NASA accounting for just 6 percent of the total. NASA is no longer the sole creator and manager of the entire U.S. national civil space enterprise. NASA has experienced frequent redirection and constantly shifting priorities, mixed signals from Congress and the administration, organizational conflicts and lack of a singular purpose, resulting in a space agency without a clear, stable direction. It is from this perspective that the Space Foundation undertook a sincere and earnest exploration of NASA’s state and future.

A successful organization needs a clear, well-defined purpose to generate unity of action, coordination of strengths and focus of effort, as well as to establish a means to measure success or failure. The Space Foundation believes that NASA needs to embrace a singular, unambiguous purpose that leverages its core strengths and provides a clear direction for prioritizing tasks and assigning resources. In addition, the Space Foundation recommends measures to remove or reduce factors that hamper NASA’s ability to execute a clearly defined program, including divesting activities not related to the core purpose, providing for stability in senior NASA leadership and establishing a planning process. Additionally, the Space Foundation has identified other areas where NASA can improve performance and increase returns on taxpayer investment.

The Space Foundation approached its study with rigor and impartiality, studying 40 years of NASA history and a wide gamut of reports and recommendations and interviewing nearly 100 senior leaders representing a variety of perspectives on management, space exploration and public administration. The product of more than a year of research, the report’s findings are presented in the spirit of engagement and constructive counsel, with a sincere desire to catalyze change for the better. 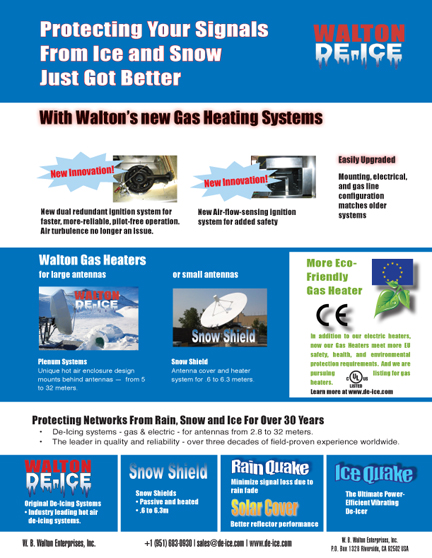 Pioneering is defined as: 1. being among those who first enter a region to open it for use and development by others; and 2. being one of a group that builds and prepares infrastructure precursors, in advance of others. The proposed Pioneering Doctrine has four phases:

• Access: developing the ability to get to and from targeted destinations.
• Exploration: learning about those destinations in order to plan for subsequent missions.
• Utilization: turning theoretical knowledge into technology that justifies continued, longer-term activity at the destinations.
• Transition: handing off the knowledge and capabilities NASA has developed to other government organizations or the private sector for further long-term engagement.

Defining this singular purpose provides the framework to better manage ambiguity in direction from Congress and the administration and minimize the impact of shifting political winds. In addition, requiring NASA to develop long-term plans to present to Congress for approval will result in better preparation and guidance for the agency, its contractors and the nation’s space workforce. This will increase NASA’s accountability to Congress and the taxpayer.

Strategic Recommendations For Sustaining U.S. Civil Space Activity
NASA’s budget and management must have the stability to ensure that its purpose can be fully and effectively pursued. To make this possible, the Space Foundation made the following strategic recommendations...

• Streamline the National Civil Space Enterprise: NASA should assess its current activities to align them with its purpose.

– Realign the National Civil Space Enterprise: NASA should divest itself of activities that do not fall within its new purpose, dispersing relevant activities to other public and private parts of the national civil space enterprise.

• Stabilize NASA Leadership and Planning: NASA leadership and planning should be stabilized to avoid wasteful disruption.

– Create Stability for NASA Leadership: To ensure continuity of leadership and close cooperation and singularity of purpose at the highest levels of NASA management, the NASA administrator should be appointed for a five-year renewable term and he/she should be responsible for nominating the deputy administrator.

– Require NASA to Submit a Long-Term Plan: NASA should develop both a 10-year plan with specific dates, goals and objectives and a 30-year plan that provides the broader strategic context in which the 10-year plan can be understood. These plans would be submitted for congressional approval every five years, at which point Congress would evaluate performance during the previous five years, following validation by a congressional commission (described below). This would ensure that Congress is kept apprised of NASA’s direction and objectives, providing insight into planning and reducing shifts in priorities that can come with each administration or new piece of legislation.

– Create a NASA Commission: To ensure that plans are validated by qualified, trusted individuals, Congress should authorize the creation of a 12-person commission, chaired by the NASA administrator or his/her designee, comprising three presidential appointees, four members appointed jointly by the majority and minority leadership

• Stabilize NASA Funding: NASA can better carry out its new purpose if it has access to more stable and reliable funding streams.

– Create a Revolving Fund for NASA Projects: To allow NASA to match program spending with real-life funding profiles rather than compressing and rearranging programs to maintain a top-line annual budget, Congress should create a revolving fund for NASA that can be supplemented through annual appropriations.

– Establish Accountability and Oversight Measures: Programs that exceed predefined cost or schedule limits should be removed from special funding arrangements and returned to year-by-year funding managed under the normal appropriations and oversight rules and procedures. The Space Act should stipulate that failure to keep NASA, as a whole, on schedule and within budget would be grounds for dismissal of the NASA Administrator.

• Set concrete goals to measure the success of the International Space Station (ISS) during the remainder of this decade to provide the most visible opportunity for NASA to demonstrate its capability to manage a large-scale space enterprise and successfully fulfill its new mandate.

• Realign space within the Executive Branch to manage and coordinate the growing national space enterprise, both civil and national security. This includes developing cross-sector infrastructure, research and development and industrial policies involving all stakeholders and lets NASA keep a narrow focus on expanding the civil space enterprise rather than addressing coordination at the highest levels.

• Strengthen personnel management so that best practices are exchanged and disseminated throughout the agency, the national civil space enterprise and private sector by:

– Making greater use of Intergovernmental Personnel Act assignments to host outside personnel at NASA and vice versa for extended periods.

– Overhauling regulations affecting the transition of skilled personnel to and from NASA.

• Improve relationships among the centers and headquarters to address operational dysfunction stemming from divergent cultures and goals by:

– Retaining program management at headquarters and distributing project management throughout the centers.

• Create a common body of standards and best practices to eliminate center-to-center variation in technical requirements and promote interoperability between systems.

• Conduct a zero-baseline review of NASA regulations to determine which are essential and which need to be filed away, preserving the relevant institutional knowledge in both cases.

• Improve NASA’s program management skills by increasing professional development opportunities for NASA’s workforce to include new and innovative initiatives, resulting in wider dissemination and institutionalization of best practices and attraction and retention of top talent.

– Allocating time for select science, technology and engineering personnel to pursue their own areas of interest and innovation.

– Increasing the number and frequency of simpler, lower-cost missions.

The Way Ahead
The recommendations presented in PIONEERING: Sustaining U.S. Leadership In Space can make NASA more successful, which will naturally accrue the benefits of scientific knowledge, inspiring the nation’s youth, greater soft power and economic rewards. This is much more effective than setting any of these benefits as the ultimate goal for the U.S. space program, which would distract NASA from leveraging its core strengths.

Plus, it provides a clear and consistent means for measuring progress, while equitably distributing penalties for failure and rewards for success.

Most of all, this framework gives NASA the opportunity to apply its skills and expertise over the long timeframes required to expand the human sphere of influence.

Increased stability will help insulate NASA from shifts in political priorities and reduce the waste that results from the starts, stops, delays and cancellation of programs. NASA will have the confidence that it can pursue a project as long as it is technically viable, without worrying about capricious changes in direction from one election to the next. 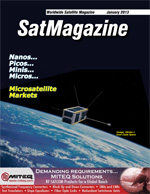