A sea change is underway throughout the maritime industry, driven by the importance of connectivity for today’s vessels and new High Throughput Satellite (HTS) technology. These HTS antenna systems are key agents of that change. 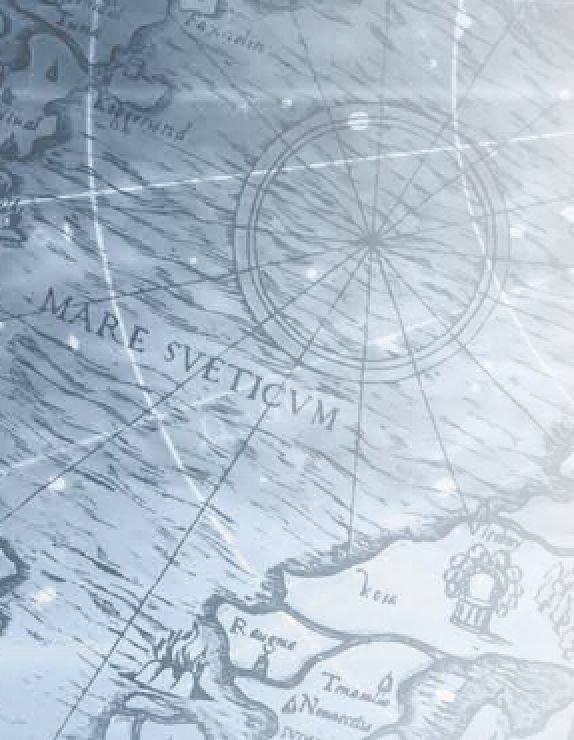 Consider the background: The maritime industry has spent years trying to figure out how to prevent data from being transmitted to and from a vessel — a result of older technology that was too expensive and too slow to be useful. Today, the maritime mindset is pivoting toward increased connectivity on vessels: A recent survey showed that 90 percent of maritime industry professionals now believe that access to real-time data and connectivity is important for increasing efficiency.1 Furthermore, 92 percent of seafarers are strongly influenced by Internet access in deciding where to work.2

What’s Driving the Mindset Change?
There are a number of factors that are driving the mindset change among maritime professionals, who now see connectivity as a necessity for operational performance.

Third, recruitment has become a key priority focused on crew welfare. It is known that connectivity improves morale and enhances recruiting and retention of the best crew.

Lastly, there is a continual drive to realize cost savings to remain competitive during the challenging economic climate that the maritime industry has faced in recent years. Connectivity can help save money with optimized routes and fuel consumption, enabling remote repair and diagnostics, reducing insurance costs, and reducing port charges. 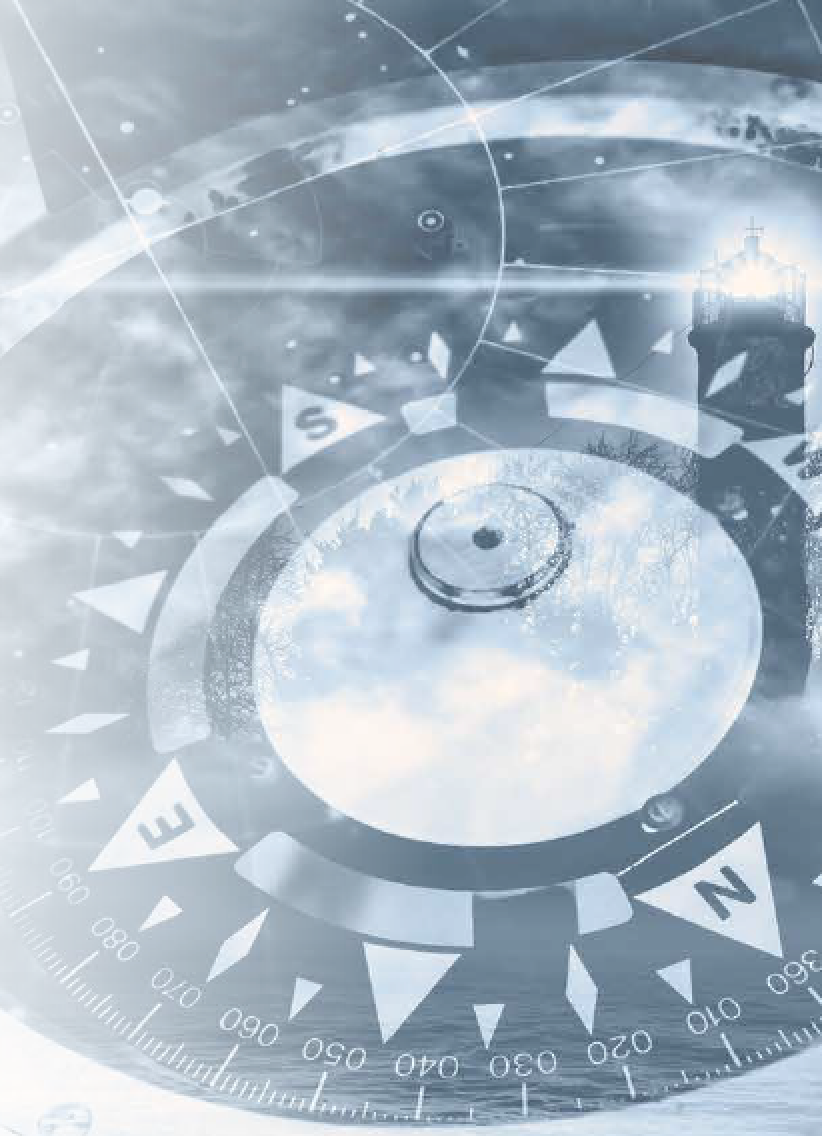 An Advanced HTS Antenna System for Maritime
KVH recently introduced the TracPhone® V7-HTS, an advanced, 60 cm. marine satellite antenna system designed to consistently deliver the fast data speeds and expanded coverage that vessels need for digital transformation in the maritime industry. KVH’s TracPhone V7-HTS achieves data download speeds of up to 10 Mbps, three times faster than current 60 cm. models on the market, and data upload speeds of up to 3 Mbps.

The faster data speeds of the TracPhone V7-HTS are accomplished by a combination of KVH’s proprietary antenna system design and industry-leading mini-VSAT Broadband™ network3. At the core of the antenna’s capabilities, KVH’s advanced maritime broadband network incorporates Intelsat EpicNG satellite services and the award-winning IntelsatOne Flex platform, a global managed service designed to optimize bandwidth allocations and provide flexible coverage where it is needed.

Global ship manager E.R. Schiffahrt is a forward-thinking company dedicated to digitalization and performance. The company manages a fleet focusing on containerships and bulk carriers of all sizes. With its vessels literally transiting the globe at all times, the ship manager knows the importance of strong connections between the vessels and the shore-based office.

E.R. Schiffahrt recently selected KVH’s new advanced TracPhone V7-HTS antenna equipment to bring fast, global connectivity to the company’s container and dry bulk vessels. Installations for the first 11 vessels started at the close of 2017, with plans for a total of as many as 60 vessels throughout 2018.

“We chose KVH for the fast data speed, the reliable data management, the global coverage, and our experience with KVH as a trusted and proven professional service provider,” said Christoph Werner, Director of marine and quality for E.R. Schiffahrt, which is based in Hamburg, Germany.

HTS Case Study: Superyacht
With the combination of fast data streaming and global coverage, the TracPhone V7-HTS is designed to enable yacht owners and their guests to enjoy HD streaming, popular social apps, and other benefits of connectivity for a new era of digital life at sea.

Large and luxurious, superyachts over 30 meters in length have owners and guests who expect high-speed internet at all times in all locations, no matter how remote. An average yacht has more than 10 installed screens as well as at least three portable devices per person — people expect to be able to have the same internet experience on the yacht as they do at home. Streaming HD video content requires 5 Mbps minimum speed, and in addition to streaming movie and TV content, people onboard want news and sports throughout the day, plus the superyacht captain and crew rely on electronic charts and real-time weather data.

The captain of a 44.8-meter superyacht, who was one of the first to use KVH’s TracPhone V7-HTS antenna systems, commented on the importance of fast data. “We just voyaged from Florida to Panama with the new TracPhone V7-HTS onboard, and enjoyed excellent speeds of 10 Mbps,” said Bryan Antill, captain of the M/Y Surina. “This is a great service for a superyacht demanding higher data speeds than a traditional VSAT can provide.”

Hybrid Airtime Plans
To further meet the demands of increased data usage at sea, KVH is offering the TracPhone V7-HTS with new, dual-channel, airtime plans that deliver a free, lower-speed unlimited use data channel that runs at the same time as the high-speed data channel. With both high speed and unlimited use channels available at all times, vessel operators and yacht captains can assign applications where most appropriate. 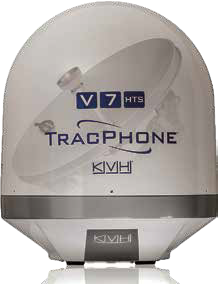 2“Crew Connectivity 2018 Survey Report,” by Futurenautics Maritime, in association with KVH and Intelsat

3KVH is the world’s No. 1 maritime VSAT supplier as measured by vessels equipped with miniVSAT Broadband service, according to “Prospects for Maritime Satellite Communications,” Euroconsult, 2018

Elizabeth Jackson joined KVH in November of 2017 to direct global marketing and strategy for the company. 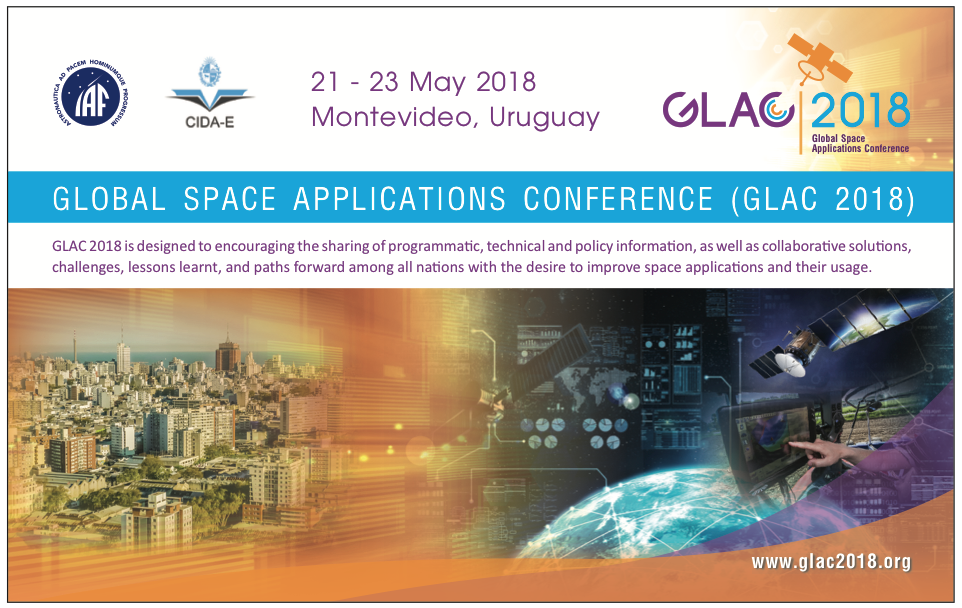