Banking services are fundamental to economic development and in combating poverty.

Studies by the World Bank and other organizations have shown that access to basic banking services such as savings accounts, credit and bill paying helps people pursue education, live healthier lives, finance homes and start businesses. Banking services are especially important in developing regions with large agricultural economies, where credit and secure savings accounts help farmers prepare for the coming season and ride out bad weather and soft markets.

Satellite communications are playing an increasingly important role in extending banking services to the developing areas of Asia, the Middle East and North Africa (MENA). Many individuals and small businesses use cellular phones to make payments and access bank accounts, with satellite providers carrying much of the cellular backhaul traffic. 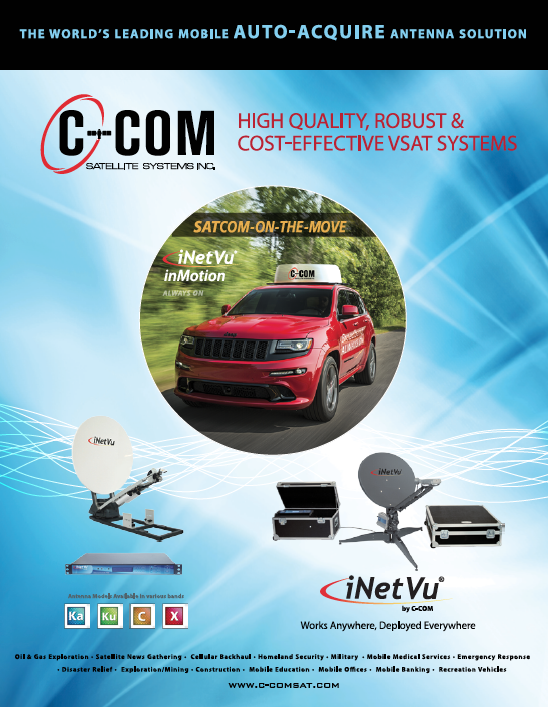 In other African and Asian countries, most notably India, governments are partnering with the banking industry to build out and connect rural banking networks through satellite networks.

Over the last few years, India has enacted a national program to connect the 40 percent of its population that, until recently, lacked access to basic financial services, such as banking and checking accounts. The overwhelming majority of this under-banked population—about 60 percent—lived in rural India and was predominately agrarian. Local economies needed steady cash infusions and access to money and credit.

The government was sensitive to the under-banked populace’s needs and the challenges they faced. Rural bank branches were few and far between. The ATM infrastructure barely existed at all. Opening a bank account was a long and tedious process and required documentation that could be hard to obtain.

These and other factors conspired to discourage most rural residents from using traditional banks. A parallel banking system of local money lenders arose to fill that gap.

The local lenders charged exorbitant interest rates. Many rural residents were exploited by the system, but had little or no recourse for challenging unfair lending practices

In addition to supporting the agricultural economy, bank accounts can help protect people receiving government benefits from local lenders. Ready access to funds deposited directly into a bank account through Direct Benefit Transfer reduces or eliminates the need to borrow from a local lender. It also curbs pilfering and duplication. 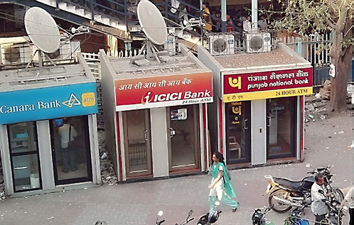 The government launched a series of aggressive programs to bring a bigger percentage of the rural population under the ambit of India’s mainstream banking system. They were based on the principle of financial inclusion for all citizens, using technology where possible to bridge the banking divide.

The latest financial inclusion program is the “Prime Minister’s Jandhan Yojna” (PMJDY), a campaign whose objective is to provide a bank account to every citizen in the country, which would especially benefit rural residents.

To use bank accounts to their best advantage, however, rural residents needed local service channels to access them. The most cost-effective options for India’s banks were to develop ATM infrastructures and micro/small branches throughout rural regions. Satellite networks were the obvious choice for linking these channels to India’s core banking network.

Economical Connectivity Over Distances
The Indian telecom market’s core network is effectively built out across all major cities. However, even in those top-tier cities with substantial terrestrial network capacity, efficient last-mile access is erratic. Banks often rely on VSAT (Very Small Aperture Terminal) networks for primary or backup connectivity. 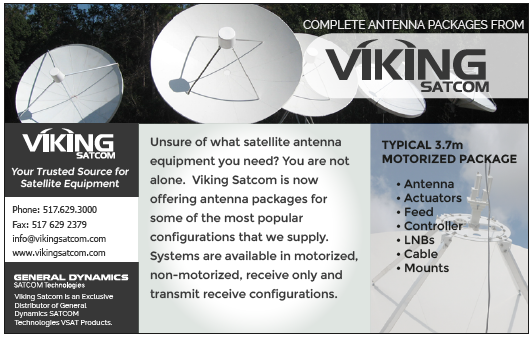 Terrestrial connectivity becomes less viable the further one travels into rural India. That is where VSAT’s low implementation costs, high availability, flexible bandwidths, and quick, easy deployment stands out in even starker relief.

Satellite is the most cost effective and reliable communication medium for remote banking solutions in India—superior to dial-up and wireless broadband or MPLS, with a shorter deployment timeframe and a guaranteed reach pan India. VSAT also offers lower operational costs. For example, only two or three users in a typical small branch might regularly access the basic banking application. The flexibility that VSAT bandwidth provides makes the total cost of ownership much lower than a terrestrial link.

ATMs, the other leg of the rural banking network, are usually located in public buildings, shopping centers, retail outlets (most often gas stations), housing complexes, etc. Banks have also established a supplemental ATM network in rural areas known as “human ATMs” or banking correspondents. They are franchisees who have a PC and basic network connection. They can open bank accounts and handle basic financial transactions as a bank branch would. 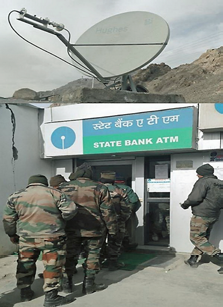 Indian’s Ministry of Finance and a consortium of public sector banks in India entered into a contract with multiple ATM Managed Service Providers to install and manage a total of 63,000 offsite and onsite ATMs across India, many of them in rural locations. It is one of the largest initiatives adopted by the Indian government to widen the reach of banking facilities. ATM penetration in India is expected to continue to grow and reach an estimated 200,000 ATMs later this year. Satellite is the dominant connectivity option for the network.

But the most obvious measure, the government’s rural banking program, has been a clear success. More than 200 million bank accounts have been opened since August 2014. They have a deposit base of more than USD 4.5 billion. In addition to bank accounts and debit cards, households will also have access to credit, insurance, and pension services for social security through the PMJDY initiative.

Satellite-connected ATM infrastructures have substantially increased banks’ geographical ranges and the services they offer rural customers. Rural customers can pay utility bills and credit card bills through an ATM. They can use any bank’s ATM, even if they do not own an account in that bank.