Many African countries have recognized the crucial importance of a reliable mobile infrastructure to national economies. They know that better connectivity offers unique opportunities for future growth.

Information and communication technology (ICT) has become a driver for many businesses. There is a growing appetite for satellite communications, since space-based solutions play a significant role in powering connectivity. Satellite bandwidth can be delivered to any location in Africa as well as anywhere else in the world and would still be reliably available in the event of a breakdown in a terrestrial network.

Africa needs a more powerful, reliable and robust approach to the delivery of high-speed communications; one that deploys a hybrid solution consisting of both terrestrial and satellite-based networks—the latter in the form of high through-put satellites. These are capable of providing the levels of bandwidth needed to fill the connectivity gaps that still exist across the continent. 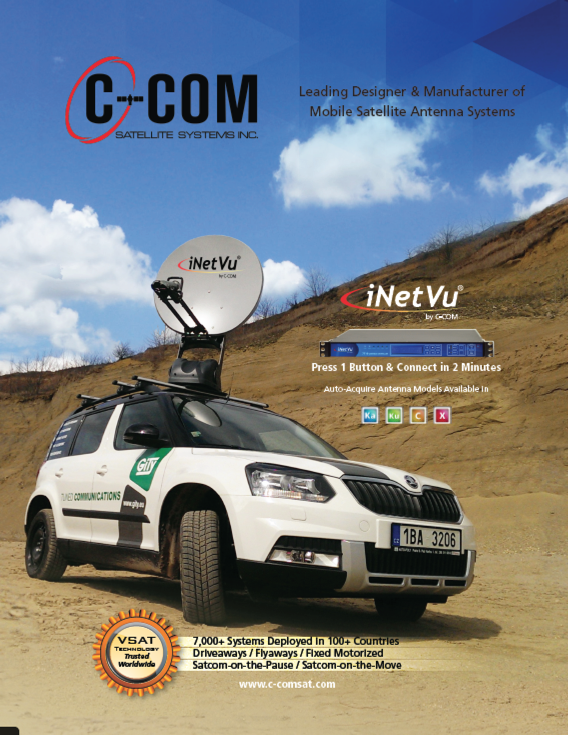 The Connectivity Landscape
While southern Africa has nowhere near the Internet access levels available in many other parts of the world, this gap is rapidly being bridged. In 2004, for example, Internet access in Europe was 19.6 times greater than in Africa, but by 2014, Internet access was only 3.9 times higher than Africa.

Some African countries are faring far better than others in terms of connectivity. Kenya, for instance, ranks just behind South Africa in regard to Internet access—Kenyans fully engage with the benefits this connectivity delivers, from e-commerce and online banking to digital media. It’s only a matter of time before data-heavy content and applications in nations such as Kenya and South Africa —for business and consumers—parallel their counterparts on other continents.

For many other nations across Africa, however, the penetration of Internet access, let alone high-speed broadband, remains troublingly low, with a consequent impact on economic development opportunities and the availability of digital services ranging from e-health to e-learning.

Only recently have moves have been made to lay down fiber in South Sudan, for example. Research also shows that eight out of ten of the world’s least connected countries reside in Africa. Somalia and Niger have penetration rates of 1.51 and 1.61 percent, respectively—Eritrean residents have only 0.91 percent access to Internet.

The cost of building new terrestrial networks remains a challenge. Significant strides have been made toward greater fiber optic connectivity in Africa, with more than 16 underwater cables now connecting it to other continents.

Installing fiber optic cables is no easy feat. The cable across the Zambezi River—between Zimbabwe and Zambia—for example, was swept away in 2014. From a financial point of view, providing Internet access to many remote regions doesn’t make economic sense for the fiber optic market. After all, parts of rural Africa have extremely low population density and, on top of that, the climate is unforgiving, resulting in high maintenance costs.

Mobile and wireless have made significant headway, though, with access expected to grow to 365 million users by 2020 —of which 6 percent of the people are forecast to have access to 4G. GSM networks have grown rapidly and 70 percent of sub-Saharan Africa already has access to services such as SMS, voice, and basic data packages.

While GSM remains pervasive, there is a caveat. GSM is not always available and, in remote areas, the service can be patchy and quite unreliable. A hybrid solution using satellite communications and mobile remains the ultimate answer in providing reliable, universal connectivity in remote regions.

The growth in consumption of bandwidth hungry applications and services demands high-speed, high- capacity, uninterrupted connectivity—something that can only be delivered seamlessly across many parts of Africa where satellite communications are deployed as a backup to terrestrial services and, in many instances, where satellite connectivity is the primary and only option.

The Evolution To HTS
Satellite communications were initiated as efficient backhaul to service-providers. While they enjoyed a substantial share in the television home broadcast market, only relatively recently have they entered the high-speed data arena.

This is because in recent years, the requirement for high quality broadband connectivity has moved from desirable to essential and is a service governments, businesses and consumers require whenever and wherever needed. Just because the economic case for building a terrestrial land or mobile network may not make sense in a region with low population density, such does not mean there isn’t demand. This is where satellite communications are helping to fill the digital gap; offering solutions where the business case for deploying a terrestrial network cannot be justified, or where there are difficult political or natural barriers. 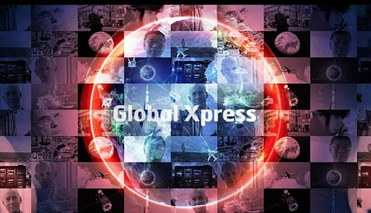 Satellite technology is far easier to use now than previously experienced. Earlier, a satellite terminal would have to be set up by a skilled technician before employees could use that equipment on the road. Now, satellite terminals are becoming as easy to set up as any other mobile device and offer the user a much better, friendlier interface.

Using global satellite communication networks, businesses are able invest in equipment that can be deployed anywhere in Africa—indeed, anywhere in the world—with no local constraints. Unlike submarine cables or terrestrial fiber optic networks, satellite bandwidth can be delivered to any location in Africa, allowing rural areas to compete with urban centers that might already have some access to broadband.

Naturally, HTS offers obvious advantages over earlier generations of SATCOM services. In terms of architecture, HTS are designed to make more efficient use of available bandwidth. These satellites also offer significantly higher capacity at a reduced cost per megabyte and the current levels of competition in the market ensures that costs are as competitive as possible.

Ka-band HTS use multiple spot beams that allow frequency reuse, enabling them to provide significantly higher capacity. The use of these ‘multiple spot beams’ allows for increased power and a higher rate of data transmission and also enables reuse of the same frequency, thereby boosting offered capacity. 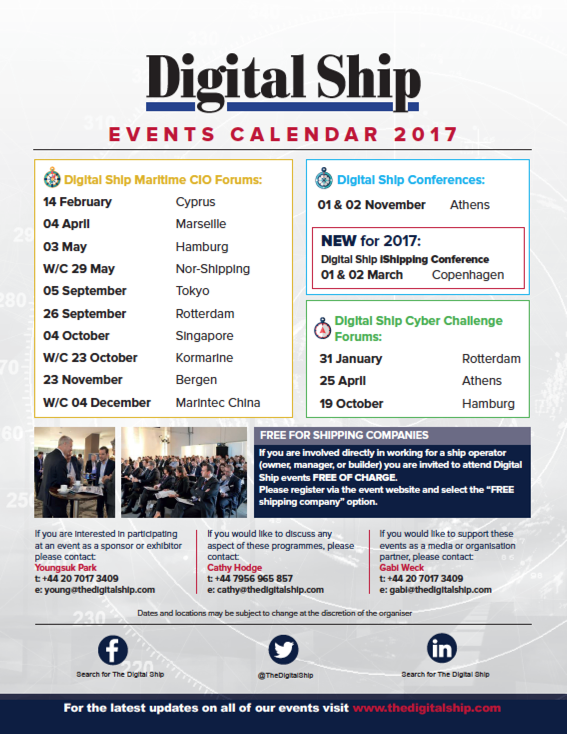 High through-put connectivity enables corporations and consumers to harness better quality broadband, even in places where there is no terrestrial network to power Internet access. For example, currently being undertaking by the company is a Global Xpress trial in Mozambique for an Oil and Gas company. That firm is constructing a natural gas pipeline from the gas fields to the refinery, covering a distance of more than
862 km, across a region where terrestrial telecommunications infrastructures are extremely limited. The 600-strong team driving this project is using thousands of devices that require Internet access for email and other business applications.

While the project relies on a point-to-point fiber cable connection as the primary source of connectivity, Inmarsat’s services fulfill a support and backup role. Global Xpress was a natural fit as the fast data speeds that the company needed for their communications, coupled with the reliability and availability that Inmarsat is known for providing, were combined into a successful reality.

Affordability: A Key Constraint
A high through-put system is, however, not without issues. The initial capital costs of the equipment are relatively high in comparison to mass-market equipment that is designed to access terrestrial communication networks; although, keep in mind that the bandwidth offered by HTS offsets the initial capital costs in the medium-to-longer term.

While satellite communications and wireless networks offer a more superior solution to connectivity, for a business in an accessible location, it’s better to opt for the fixed broadband, fiber optic network. For businesses in remote parts of Africa, HTS offers huge potential to deliver Internet to the underserved as well as augment Internet connectivity for business.

Bridging the connectivity divide in Africa foes far beyond network availability. Wider issues, such as education, awareness, overall costs and regulations, must all be examined carefully before considering a final solution.

To believe a continent as diverse as Africa, with its multilingualism, broad range of cultures and attitudes, and uneven regional development and infrastructure, can ever be grouped together for a one-size-fits-all answer is naïve.  Instead, a tailored solution that offers resilient satellite, cellular and terrestrial capabilities must be considered and implemented to assure complete communications coverage. 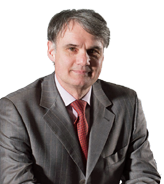 Michele Franci, CTO, is responsible for driving and delivering engineering excellence and innovation, both within Inmarsat and within our community of development partners, and to deliver and manage a technology and services toolkit and accompanying partner engagement processes that support the Inmarsat business and ecosystem in its transformation towards open innovation, enabling Inmarsat to further its position as the market leader in our industry.

The CTO organization underpins long term stability and industry leadership through definition and execution of space and ground technology development, spectrum and regulatory strategy, and supports short- and long-term revenue generation through delivery of market driven product and service developments, in support of teams across our businesses.

Before joining Inmarsat, Michele worked at SES from 2006 to 2012, as the Senior Vice President for Planning and Procurement, he was part of the Engineering management committee, responsible for the SES fleet management, mission design and development, satellite and launcher procurement and risk management.

Michele also worked at Arianespace, were he held the responsibility for initial mission management (including 12 launch campaigns). He rose to become the Vice President of Business Development, leading the marketing group, including commercial strategy and proposals, long-term strategic development and sales oversight.

Between 2000 and 2005, he was a member of Arianespace’s Board of Directors. Before that, Michele spent five years with Fokker Space, as Program Manager of a European multinational robotic arm development for use on the ISS. He also spent one year at ESTEC’s advanced studies and simulation department.