Every startup is exciting and certainly no more exciting than in the space industry, where virtually anything is possible. 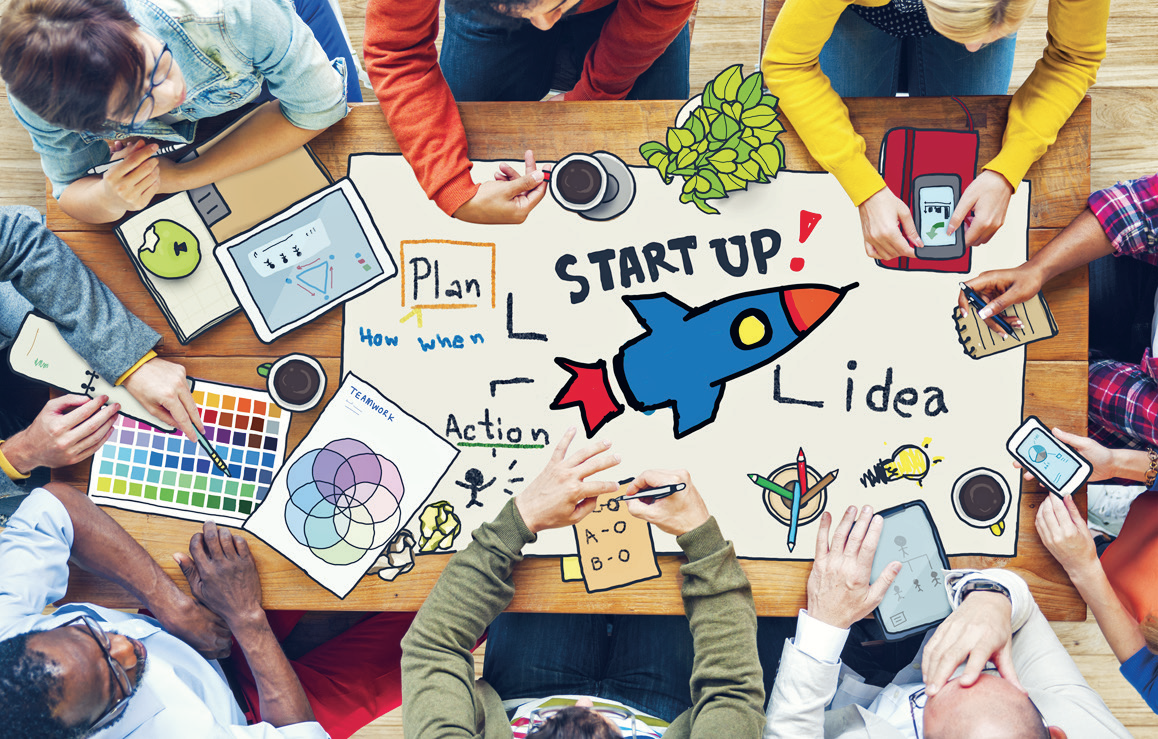 Many satellite companies start off with a clean sheet of paper, which opens up tremendous opportunities to create the newest game changer the correct way from the start. However, satellite-based companies (especially startup companies) require creativity, drive, and significant cash. They also need to overcome many interrelated challenges and risks on the road to success.

As all great entrepreneurs know, failure comes with the territory. There are always bumps (and often disasters) along the road to success, and nowhere more so than when space is involved.

I have been working in the space industry for the past 25 years and have taken a number of startup satellite companies public. All of my startup satellite clients have had hopes and aspirations to accomplish something extraordinary. Today, one would say, they all wanted to become the next billion dollar unicorn.

Enter Small Sats (Smallsats)
The advent of smallsats presents a new, almost “down to Earth” way to consider satellite startups. They are less expensive, offer innovation, and present applications that may provide closer (and better) alternatives to terrestrial systems for remote sensing, Earth Observation (EO), the Internet of Things (IoT) and Big Data Analytics, just to name a few. 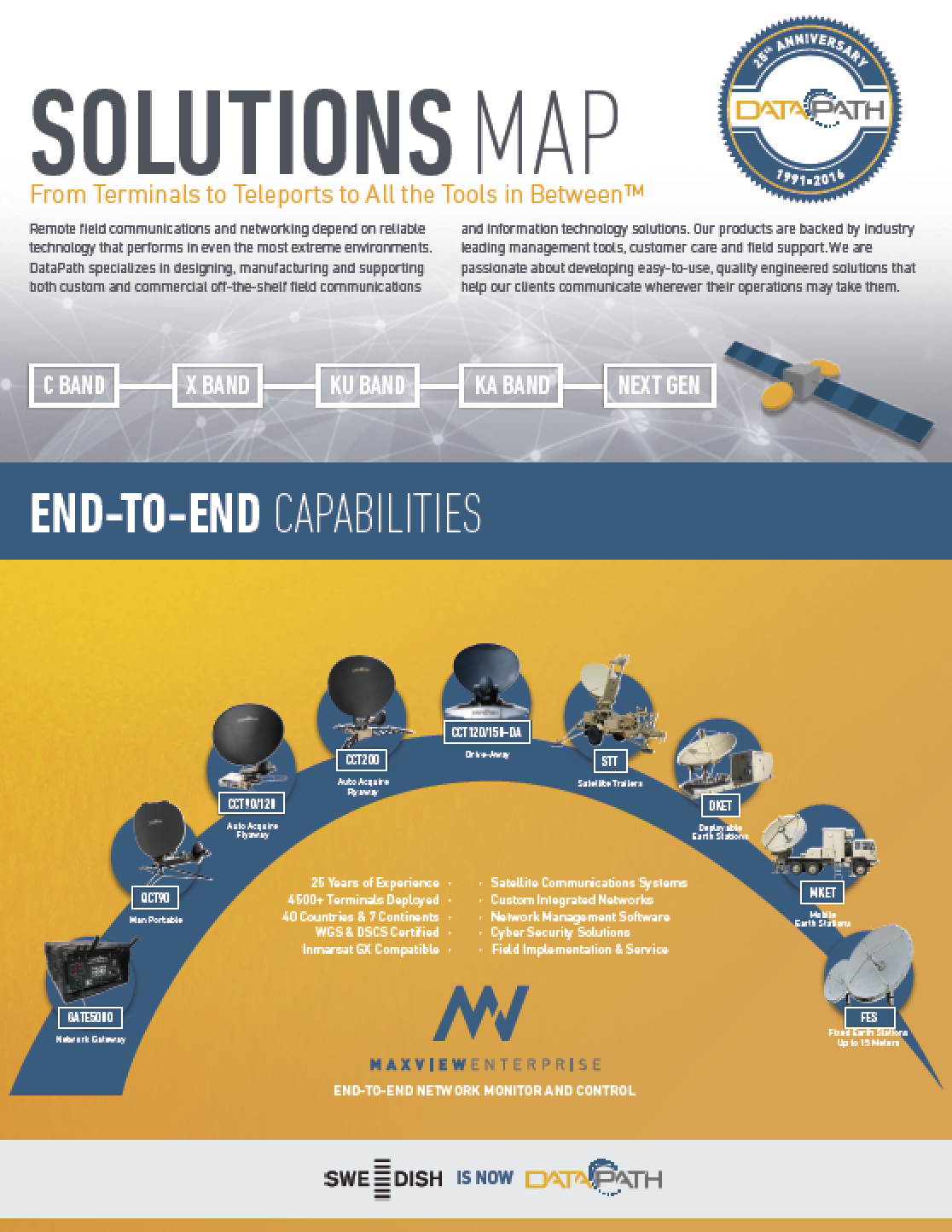 They provide alternatives to terrestrial solutions for connecting the world and have been embraced by global technology providers as another platform for providing services. Smallsats have been accepted as a means to the end, as an extension of an existing service offering, rather than a separate industry.

For many years, bigger was better: larger satellites, with more complexity, larger antennae, and with extensive years of useful life supported by a multitude of internal redundancies. Now, smaller satellites with shorter useful lives and build cycles allow for quicker deployment, near-assembly line production, and an opportunity for technology refresh along a time period more commensurate with changing technology... a virtual wireless laptop in the sky. At the same time, space startups are never easy and the future of assembly line satellites is not yet a reality. Even with smallsats, there will remain many challenges along the road to success.

Enter the Movies
Along with my passion for all things satellite, I am also a huge movie buff. Movie references often come to mind as I wend my way through my satellite-infused workday. In anticipation of this year’s SmallSat Symposium, I have reflected upon some lessons learned and catch phrases that encapsulate things to consider when helping to create the next unicorn.

Some of you may remember the first generation of satellite phones that were used in 1997 in the movie Jurassic Park 2. The satphone was a large briefcase device atop a Jeep with one character asking the other “why in the hell doesn’t this thing ever work?” to which the second character responds “you know it’s not a landline; you’re not in a phone booth; you gotta wait for a decent signal.”

The dialogue in the movie reflected what many thought about satellite phones 20 years ago. By the time Jurassic Park 3 came around in 2001, satellite phones were much smaller, handheld and convenient for use in an impending crisis. Though they’d come a long way, satellite phones still couldn’t raise a signal before the dinosaurs attacked.

Whenever something goes wrong in a satellite project (development, launch, regulatory, or funding) the phrase “Houston, we have a problem” goes through my head. And I indeed hear it often. However...

• Failure is not an option. Just as in Apollo 13, there is usually a solution to be developed, so never give up. In my first satellite startup, my CEO had the real TK Mattingly (played by Gary Sinise in the movie) join our team. Mattingly was originally intended as the Command Module Pilot for Apollo 13, but exposure to the measles kept him from being part of the crew at launch.

After a spacecraft “problem” arose and presented multiple, serious risks to the crew’s survival and return to Earth, significant team efforts both from the crew in space and the team on the ground (including by Mattingly) heroically, and against all odds, brought the astronauts home safely.

The Martian: Space startups are like survival on Mars. 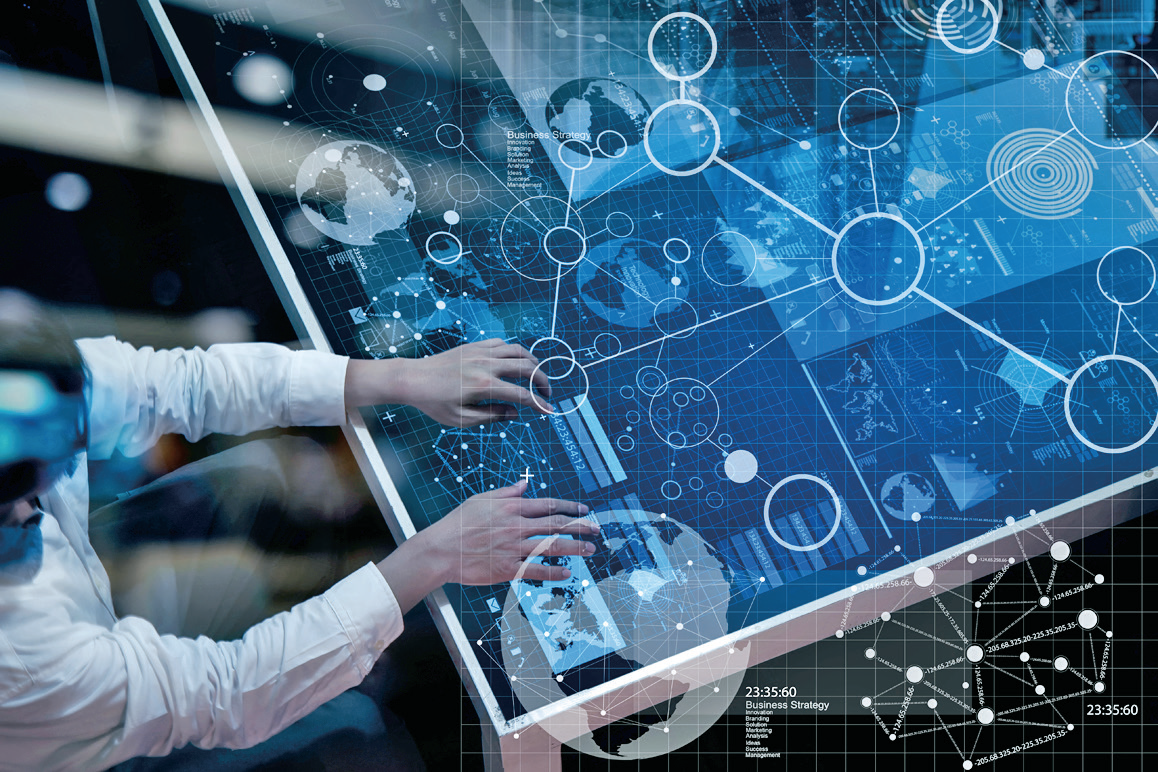 To me, working on space startups is just like survival on Mars. Something always goes wrong, and if you don’t fix the problem, you likely will not survive. This is not a question of “if” something bad will happen, but rather a question of “when” and “what” will happen.

• You may run out of money, and like oxygen, that’s not a good thing. Money for space startups is just as necessary for survival as oxygen, water, and food were to the character played by Matt Damon. His character had to figure out how to grow enough food and how to create enough water and oxygen to survive before he could be rescued. He had to crunch the numbers (“You do the math”), think outside the box, and incorporate all of his skills to work out solutions to the problems he faced. And he had to do it repeatedly as new problems arose that required new solutions (“You solve one problem and you solve the next one, and then the next.”)

In satellite startups, you also need to determine how to maintain financial solvency to avoid the death (insolvency) of your business, through creative funding, cost sharing, strategic partnerships, cost-cutting measures, and creative business planning. The goal for space startups is to obtain funding (that maintains maximum equity and provides flexibility to cash flow positive), to develop a business plan that closes (with a compelling product), and to create a go-to-market strategy that capitalizes on the market opportunity in a timely manner.

Given the costs, risks, delays, and challenges historically faced by space startups, there are many notable industry failures and rebirths, even after jettisoning the initial equity. Smallsats present the possibility of greater technical simplicity, lower costs, greater speed to market, and therefore a higher likelihood of success. Many see smallsats as the platform for future unicorns.

• Regulatory licenses and spectrum. Space startups present significant regulatory issues, costs, and challenges. For some projects it is reflected in obtaining adequate, competitive, or novel spectrum allocations. There are many competitors for such licenses, limited spectrum, and/or challenges from incumbents that must be overcome.

Satellites also compete with terrestrial wireless and other new applications, such as drones, for spectrum allocations. Financing often depends on showing that regulatory risks are not insurmountable. Regulatory licensing requirements and spectrum needs are like food, oxygen, and water for many satellite startups: necessary for survival. The risks and hurdles can be tremendous. Add in international jurisdictions, and it becomes even more complex, costly, and time consuming.

By the time you get into business, the niche you were targeting may no longer be robust. Satellites can take a long time to build and could result in other business alternatives coming into play. Smartphones, with smaller fit, form, and function and broader terrestrial build out may present less costly and more user-friendly alternatives. Much can occur to derail a business plan during the three to four years (or more) required to build and deploy a startup satellite system. This is precisely part of the appeal of smallsats. 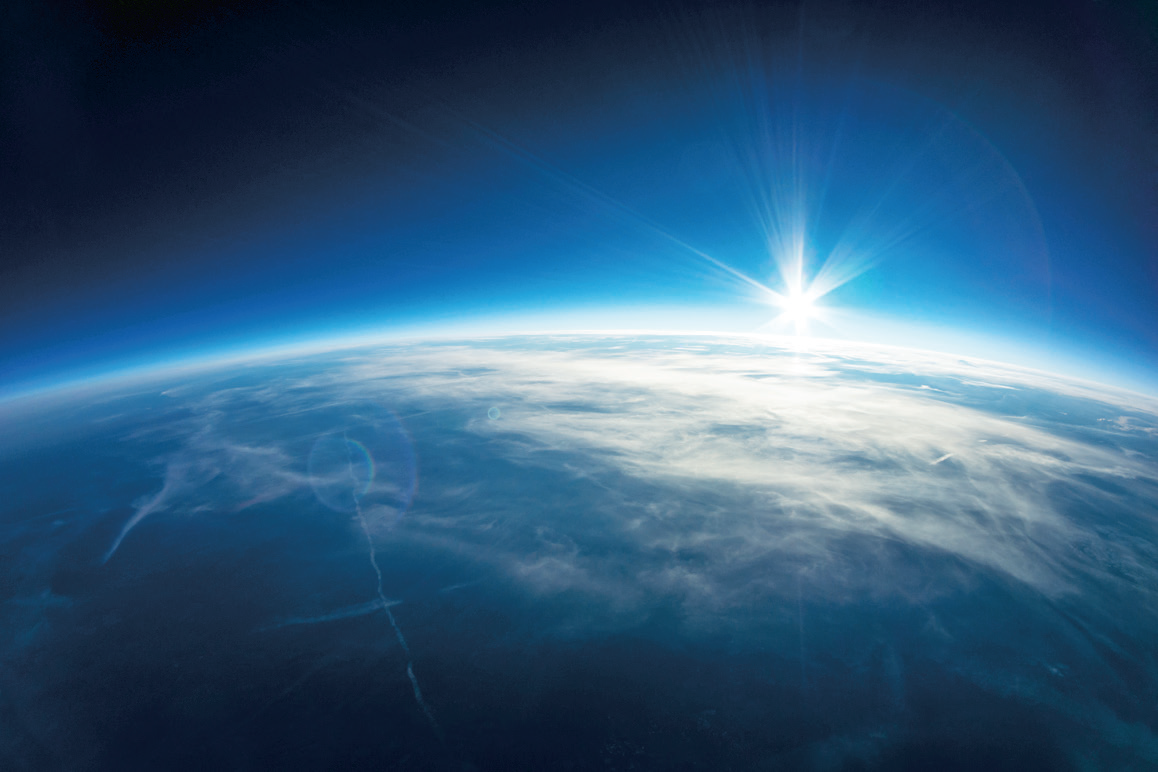 • Launch Failures (yes, I said it). Satellite launches are not much more than a controlled explosion. Every year we may see a handful of notable launch failures, which often present catastrophic business plan implications for the satellite operator, customers, and/or launch services provider.

The prospect of smallsats, and more numerous, flexible, and cost-efficient launch vehicles, presents a potential paradigm shift as it relates to launch failures. Launch or in-orbit failures will be assumed, and additional “assembly line” smallsats can be immediately ready to launch after the statistically inevitable failure. The cost of satellites and launches will be reduced, and backup satellites can be routinely built and launched.

• In short, satellite startups are like a multi-level chess game. You have to be thinking all the time, at every level, and considering how every requirement ties to the next: financing, regulatory, technical, legal, contractual, business plan, market appetite, and terrestrial (or other) competitors. If any one element goes wrong, or if the timing of any element is not properly considered, it can cause the failure of the entire project.

• Something will always go wrong. In all satellite-based programs, it is not “if” but “when” something will go wrong, and how much it will cost to remedy the situation, the delays that are caused, and/or the workarounds that will be required to develop a solution. Creativity will be required. As in “The Martian,” you will need to crunch the numbers. You will need to keep on trying and never give up. Think of your creativity and problem-solving as your duct tape. And don’t ever forget to bring along your duct tape!

Star Wars: Positive thinking and a healthy dose of fear

Last, but not least, I will close with the quotes which resonate with me the most when I think about the satellite industry. These quotes capture the particular mixture of energy and emotions that define the satellite industry: the power of positive thinking intermingled with a healthy dose of fear.

• “I can do this. I can do this.” (Rey and Finn) This is my mantra. I never let fear stop me from trying, but that does not mean that I’m not afraid about the ability to succeed. If you don’t try, you will never succeed.

• “Never tell me the odds.” (Han Solo) Positive thinking and a “can do” attitude will build the confidence of your team and counterparties, which alone may lead to success that otherwise would have been elusive.

• “Are you sure you are up for this?” (Han Solo to Finn) You may often feel this way, but do not let it stop you. Unicorns are created by people who don’t accept failure, and even if they do fail at some point, they just get up and try again.

• “Traveling through hyperspace ain’t like dusting crops.”
(Han Solo) Satellite startups are not for the faint of heart. It takes a strong will, technological sophistication, and determination not to let obstacles stop you in your tracks.

Will smallsats bring about change for satellite startups?
Yes, but it still ain’t going to be like dusting crops!
hoganlovells.com/randy-segal 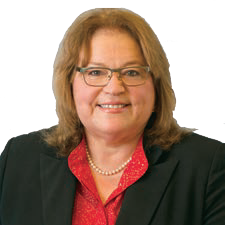 With 18 years of in-house general counsel experience, Randy Segal brings an individual perspective to every matter she handles, both as your outside counsel and as someone who has walked in your shoes. With a focus on satellite, wireless, drone, and technology transactions, Randy provides commercially practical solutions in industries where technological change is ever-present. Randy’s practice often involves multi-level chess games, where every move needs to be considered from a multitude of angles to be successful.

As a result, Randy’s practice is reflected in three segments. First, as co-leader of the Space and Satellite practice, Randy has handled many types of transactions, from day-to-day matters to the most complex international transactions for industry operators, investors, and technology providers. She has been involved in taking companies public, advising on acquisitions, divestitures, and complex cross-border joint ventures, as well as large satellite system development, deployments and funding.

Third, Randy provides “strand of pearls” advice to global clients, working seamlessly with their international offices to develop familiar, comfortable and “right sized” solutions. Randy’s extensive cross-border experience has resulted in an extensive tool-kit of resolutions for the most complex of legal regimes. Randy’s transactional and advisory experience is both deep and broad, working throughout North and South America, Europe, Asia and the Middle East and on the most complex of international programs and legal issues.