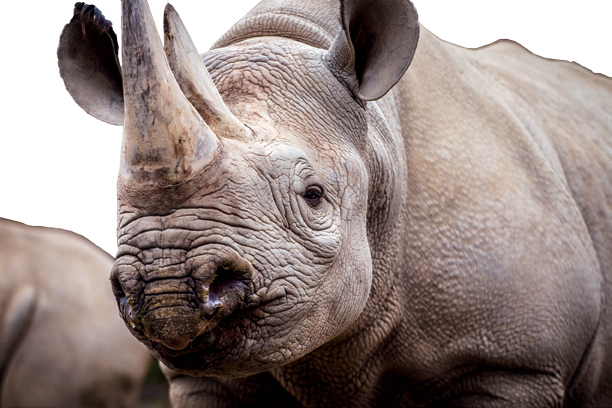 In 2014, 1,215 rhinos were killed in South Africa for their horns, which end up in Vietnam as purported cures for cancer and as enhancers of virility. Similarly, the estimated is that more than 30,000 African elephants were slaughtered last year for their ivory—ivory that was turned into bracelets and trinkets in China. To place these numbers in perspective, the world loses three rhinos per day and an elephant every 15 minutes. Simply stated, this is an unsustainable situation.

Our team at the University of Maryland’s Institute for Advanced Computer Studies [UMIACS] has teamed with the Lindbergh Foundation’s Air Shepherd initiative and we have created a multifaceted approach to combating poaching in Africa and Asia. The Air Shepherd effort was created to expand anti-poaching programs across Southern Africa and satellites are a major component of this effort.

Very high resolution satellite imagery is used to provide extremely detailed maps of the topography of an area. A wide array of data, with many different variables, is collected and overlaid on the imagery. Through the use of our algorithms, we are able to devise an analytical model of how animals, poachers, and rangers simultaneously move through space and time.

Geospatial Assets Are Essential To Our Work
We begin our modeling with very high resolution satellite imagery of a specific park. For several years, we used .5 meter resolution imagery from GeoEye and now we are in discussions with DigitalGlobe to continue this crucially-needed cooperation. 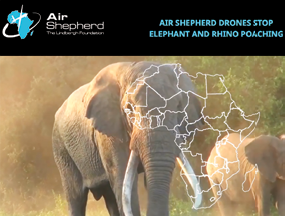 With this imagery, we are able to study the topography of the region and this is the key to answering one most important question—show us where will we not find animals. This sounds counterintuitive. However, this information is critical to
our work.

Africa is an enormous continent and to logistically fly Unmanned Aerial Vehicles [UAVs] to cover these huge expanses of land is quite impossible to accomplish. With geospatial imagery, we are able to reduce the amount of space that must be covered.

By closely studying the topography of the satellite imagery, we are able to identify areas where there is little or no water, where the hills are too steep or the ravines too deep for animals to venture into, and we can look for areas that do not support the vegetation the animals eat.

Additionally, we can identify features in the landscape that inhibit or make it difficult for the poachers to find or reach their targets. These range from steep hillsides, extremely deep valleys to fast flowing rivers. The bottom line is that we need to know where not to look for poachers. The goal is to constantly try to reduce the amount of territory that we must cover with our UAVs. 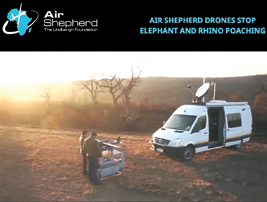 There is a second major contribution satellites afford to our work and that revolves around the data we received from satellite-enabled animal collars. There are literally hundreds of animals, primarily elephants, which are carrying satcollars that send their geotagged land position to a satellite several times a day. Over time, as we download this data to our computers, we can clearly see how elephants move in an area—this has led us to discover that animals definitely have patterns to their movements.

With the satellites, we know where animals are likely to be during specific times of the year and also where they are highly unlikely to be at any time of the year. We can superimpose movements of poachers on this animal data and identify possible places where these two actors—elephants and poachers—are most likely to meet.

When we add additional variables with everything from the phase of the moon, to locations of nearby roads, geotagged animal snares locations and even the weather, we can mathematically determine where to deploy rangers and fly UAVs for the greatest likelihood of finding the poachers before they can reach an animal.

We do not have to find the poachers. We just need to know where the elephants and rhinos are most likely to be at any given time. 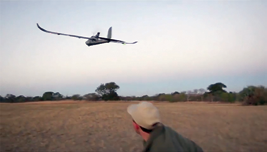 The good news is that we have proof of concept and proof on the ground that satellites and UAVS make a tremendous difference in beating the poachers. The bad news is that we are finding the poachers are moving to regions where we are not in operation. This tells us that to really address the challenges of poaching in Africa, all of the south African nations need to be at least willing to test these solutions packages in their most critically endangered poaching areas.

The successful solution to halt poaching rests in the combination of satellites, great math, properly positioned rangers, and UAVS with precise flight paths.

The Lindbergh Foundation aims to raise $500,000 through IndieGoGo to fully implement the Air Shepherd program for one year in the Ezemvelo KwaZulu-Natal [EKZN] Wildlife area. We have plans to expand into seven additional African countries that have indicated an interest in implementing the program.

There truly is no time to waste.

An informative video regarding Air Shepherd is available for viewing at:
https://www.youtube.com/watch?v=jDAuv6iVxm4

Dr. Thomas Snitch has spent 40 years in Washington, DC, working both in and for the U.S. Government, tackling difficult issues and challenges with the appropriate use of new technologies. These projects range from the disposal of old chemical weapon stockpiles to the cleanup of the damaged nuclear reactors in Fukushima, Japan. 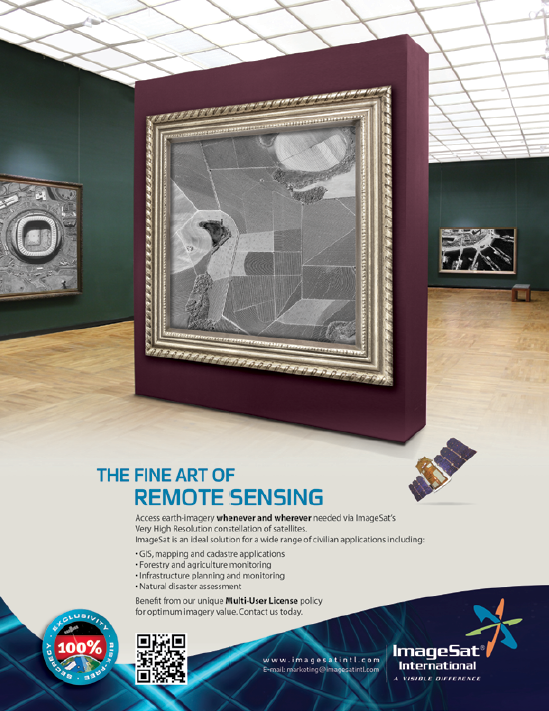