You may well ask, “What does an open sourced Google Earth Enterprise product mean for me and how can I benefit from it?” 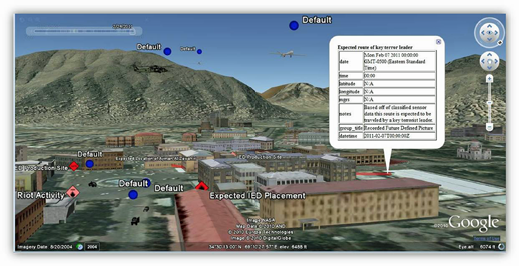 Anyone in the satellite imagery and remote sensing community should have a finger on the pulse of Google Earth and be aware of the vast capabilities offered by Google’s Earth Enterprise suite of software. Google Earth Enterprise (GEE) is a classic, well-rooted product offering from Google and has been strongly supported for the past decade.

GEE allows users of geospatial data, including imagery, terrain and vector data, to bring the awesome capabilities of Google Earth to bear on their unique business needs, and for hosting custom globes within private or offline networks. The GEE suite includes software for creating and hosting fit-for-purpose Google Earth globes on powerful hardware platforms.

Far beyond the small, niche population of geospatial users and hobbyists, Google Earth is widely used by all types of people who are curious about exploring the world. From majestic mountain peaks, to the ocean deep, across sweeping plains and urban landscapes, Google Earth is a powerful platform for quickly and easily exploring the world around us.

We can all regale in the moment we first zoomed-in to our home address and exclaiming, “Look! I was rafting in my swimming pool when the satellite flew over!” It doesn’t take a lover of GIS and remote sensing to delight in the wonders of Google Earth.

The awesome power of Google Earth Enterprise, however, opens up new ways to utilize this capability. GEE lets users create their own globes, loaded with specific data of unique relevance, for hosting within their own network environments. (Or even beyond the confines of a network entirely; see “GEE Portable”) 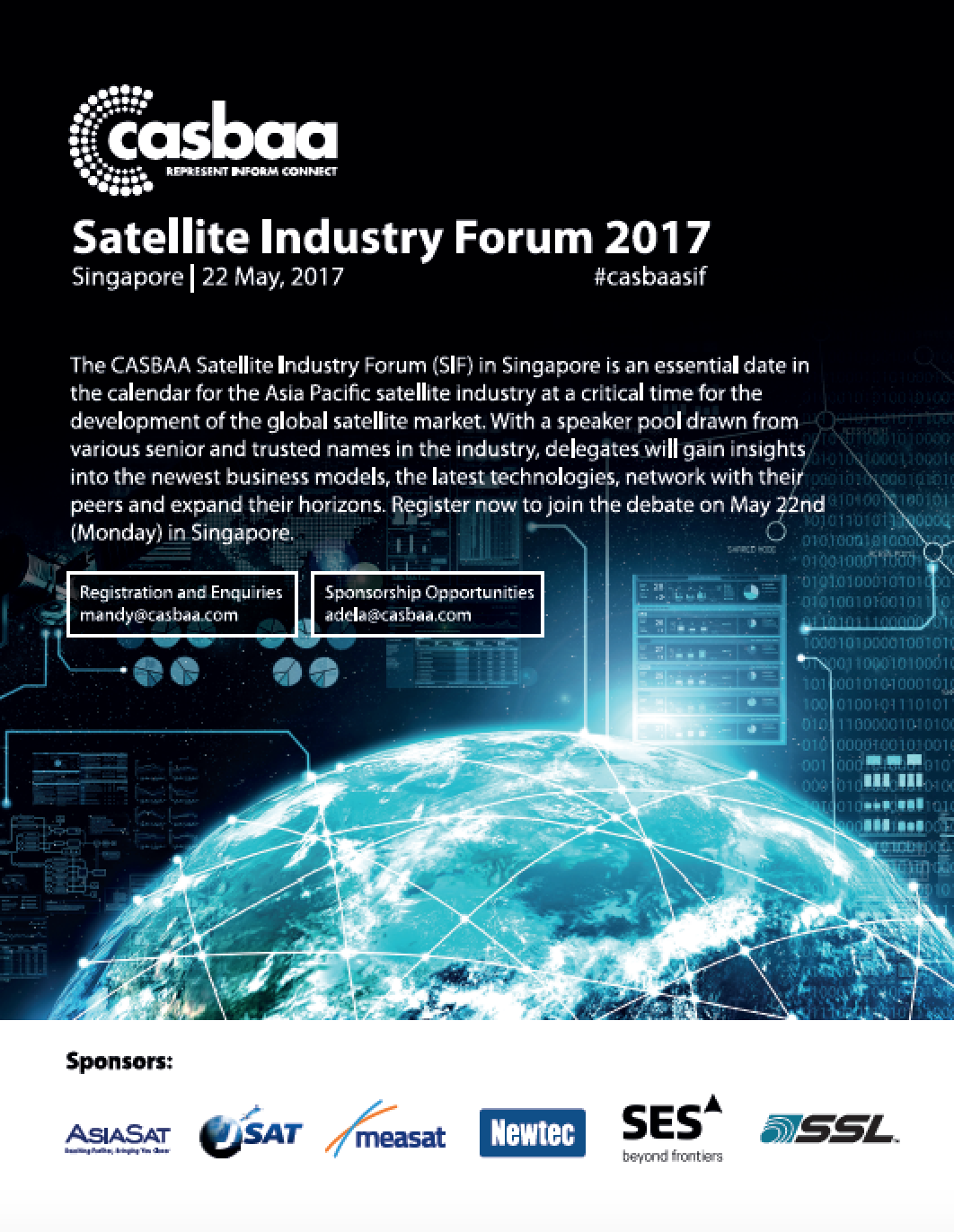 “What? You’re telling me I can create my own Google Earth globe?!” Yes. And this technology has been widely used by non-profits, Fortune 500 firms, and federal governments for nearly ten years. GEE is not an undertaking for the faint of heart. Formerly, a GEE Globe covering any geographic area larger than a small city required an investment in time, processing power, and data storage space, in addition to software licensing costs.  However, such an investment yields the speed and quickness experienced by the end-users of Google Earth that has made it so wildly popular and fun to use. How can a user sweep the mouse across an entire continent—rather, PC monitor—and see thousands of square miles of imagery and data race across their screen?

Everything rendered in Google Earth are tiles, tiny square images that have been created (“fused”) by GEE Fusion ahead of time, then stored and hosted on the GEE Server platform, and finally streamed to the end-user. Embedded tools like the Google Maps JavaScript API V3 are the efficient methods Google utilizes to serve their geospatial data to millions of users every day. GEE users are harnessing the same technology that Google utilizes to deliver their public-facing Globe and Map products.

The power of GEE Fusion is incredible. Fusion, the Linux-based tool that features both a GUI and command-line utility to create globes, is the mighty engine behind Google Earth and Maps in the GEE suite. Users can import raw GIS data into Fusion in familiar vector, imagery (raster), and terrain formats. And this is where the magic begins.

People relatively familiar with Google Earth know that the software renders imagery based on zoom level — the altitude relative to Earth’s surface from which the user is viewing the geospatial data. During Fusion processing, the software will first combine imagery, terrain, and vector resources together, and continue to perform this operation for 22 different zoom levels supported by GEE. Fusion will rasterize vector resources and “draw” its features onto the imagery, which may be “draped” over terrain data. Finally, Fusion interpolates the data, pixel by pixel, to create the various resolutions of imagery for all the zoom levels, yielding very high-resolution image tiles at higher zoom levels (nearer to ground level), and more generalized, lower-resolution image tiles at lower zoom levels (higher altitude).

The storage space required to store this data increases exponentially depending on the resolution of the data and the size of the geographic area. At lower zoom levels, the globe may be represented with just a few dozen image tiles. At the higher zoom levels, when the user is looking at higher-resolution data, Fusion may have created millions of image tiles to provide coverage for the area. Once all the geospatial data is fused together, the completed globe (“database”) is pushed to the GEE Server to be accessed by end-users. Globes are accessed by commercial-off-the-shelf (COTS) web browsers running the Google Earth Plug-in or via the installed Google Earth Enterprise Client (EC) desktop application.

Historically, there were high barriers-of-entry for industries and firms that realized the value of Google Earth Enterprise. Investing in the software suite to display broad areas of the world required a great deal of computer processing power, storage space, licensing costs and support fees, as well as the high-skilled human capital to administer the hardware and operate the software.

However, thousands of users world-wide took the plunge and invested in GEE and the results were astounding. Firms were able to create and host their own Google Earth globes, outfitted with their own data, serving their own customers and end-users. Organizations filled the globes with super high-resolution imagery and served it to users who were already familiar with the Google Earth desktop application.

Companies loaded their globes with demographic data and retail points of interest (POIs) to study customers, then point them directly to their nearest store. And first responders, early on the scene after natural disasters like the 2010 earthquake in Haiti, fed life-saving data to their GEE servers back home and created globes that enabled the easy sharing of critical, time-sensitive information.

One could only imagine the panic that ensued when the Google Maps product team announced that the GEE software would be deprecated in 2017. Users were left in a lurch. There are still minimal alternative options in the GIS marketplace for a technology offering that delivers the power of the GEE suite with full feature parity and the intuitive look and feel of the Google Earth experience.

While these alternatives are on the market, the speed, flexibility, and familiarity of Google Earth still holds a special place in many people’s minds—not to mention companies like ours at Thermopylae Sciences & Technology (TST) that extended the Google Earth platform to power our own software application iSpatial.

The announcement that came out of a long-quiet Google in the beginning of 2017 couldn’t have been better: GEE was to be open-sourced.

Finally, with the open source announcement, millions of end-users who depended on its power would not be left in the dark or empty-handed. Power players in the GEE community can now get their hands on the source code that powers it all and develop beyond what Google has created.

The GEE suite can now be customized even further. New features based on evolving user-requirements (and new users) can be developed, and engineers with ties to GEE can provide support for bug fixes, and keep up with the ever-evolving cyber security risks by closing vulnerabilities. The code will be widely accessible on the popular open-source GitHub platform, leveraging the creativity (and generosity) of the global community of open-source developers. TST engineers are focused on readying the current codebase for GitHub, and subsequently shifting support to work with partners on the future of the stack.

The fun doesn’t stop there. Naturally, Google found a way to give GEE a fresh “coat of paint” and a new trick on the way out the door.

Enter Google Cloud Platform (GCP)—a highly-scalable cloud computing environment. Gone are the days of standing up massive GEE Fusion grids; racks and racks of processors and hard drives (and associated manpower) are no longer necessary. GCP provides virtualized cloud computing, where customers can create virtual machines running a Linux-based operating system (Ubuntu, in the case of GCP and GEE) with hardware configurations to match their processing power and storage needs.

While GEE Fusion’s hardware system requirements for basic installations are relatively minimal, creating a Google Earth globe covering any reasonably-sized geographic area requires significant processing power and hard drive space. Taking advantage of GCP allows users to stand-up Fusion environments with substantial hardware specs while working to create a new globe (or modifying an existing one), and can subsequently shut the system down when Fusion processing is complete.

Google’s library of high resolution imagery is also available on the GCP cloud, so now the rich content and processing power are sitting right next to each other. Engineers who have built petabytes worth of globes in the past universally recognize this cloud Fusion process will dramatically decrease build times, and more easily allow for on-demand globes wherever and whenever they are needed. Moreover, GCP bills daily based on hardware utilization, so customers aren’t charged when the virtual machines are not running.

While cloud computing is not new on the scene, another offering by the Google Maps Team is in the mix that adds value for users who choose to leverage GCP to power their GEE environment: Google Earth Engine (GE Engine). GE Engine combines the power of GEE with petabytes of geographic data spanning the globe. Everything from historic NOAA weather data, SRTM terrain data, and data as simple as international political boundaries are offered by GE Engine. Leveraging the power of GE Engine, GCP, and GEE reduces the amount of required storage space, bandwidth, and processing power, as users are taking advantage of Google hardware, software, and information that are already connected via the same fiber network.

For customers looking to save time and money, Google remains a one-stop shop for efficient and powerful geographic data management, analysis, and dissemination. Couple these enterprise-level solutions from Google with an open sourced GEE, and users have flexibility like never before.

Their might be a perception that it is difficult for some users of GEE, even those who have successfully used the software for years, to put these various and complex puzzle pieces together — especially considering that the software has evolved from before.

Again, this is yet another case of the opposite holding true… diverse and innovative teams of engineers are available to address all aspects of the GEE software and how it can be implemented it in nearly any environment. These engineers are available to be called upon to answer the tough questions, pair up users with a custom solution that fits their exact needs - in terms of hardware, software, and support - and leverage their years of experience and expertise to deliver exact solutions - while reducing costs, overhead burden and time spent.
t-sciences.com/