Mark Pisani is responsible for the overall performance of the business, which includes order inputs, revenue, and gross profit as well as business development, new program pursuits and performance on existing contracts. ITT Geospatial Systems is a global supplier of innovative night vision, remote sensing and navigation solutions that provide sight and situational awareness at the space, airborne, ground and soldier levels.

Prior to assuming his current position, Pisani was vice president and director, Navigation Systems at ITT Space Systems Division, a position held since 2008. He joined the company in June 2007 as a senior program manager for the Navigation business unit. Pisani has more than 20 years of experience in project engineering, program management and product line management at both Allied Signal Aerospace Defense & Space Systems and L-3 Communications.

Immediately before joining ITT, he was L-3 Communication’s director of space programs, reporting directly to the company’s president. In this position he was responsible for the design, build and test of critical NASA manned space flight hardware in support of the Space Station and Space Shuttle platforms as well as key components for the Hubble Space Telescope and Delta launch vehicles. 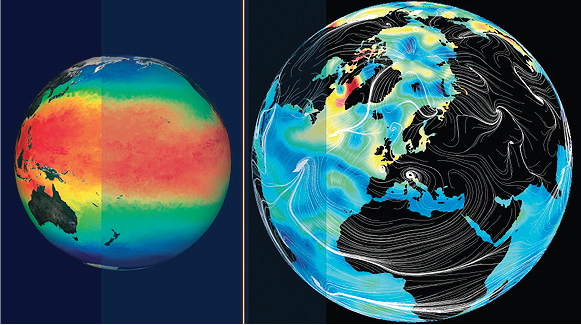 SatMagazine (SM)
Mark, what does Positioning, Navigation and Timing (PNT) Systems at ITT do?

Mark Pisani
ITT provides solutions in all three segments of GPS PNT-space, control and user. With more than three decades of successful space flight on GPS satellites, ITT designs and builds high-performance, reliable, and cost-effective products for military applications that can be readily adapted for civil and commercial applications. In the control segment, we develop monitor station receiver hardware, as well as critical navigation control software and systems integration of the navigation function. We are focusing on the user segment for growth, as we have new technologies that leverage our existing PNT strengths. Military airborne navigation is a growing market in which we are particularly active, and are developing key partnerships to position ourselves for continued growth.
SM
What role do you play in the organization?

Mark Pisani
As the vice president and general manager of ITT’s PNT Systems business, I am responsible for the overall performance of the PNT business unit, which includes order inputs, revenue and gross profit, as well as business development, new program pursuits and performance on existing contracts.

SM
What is your background in the GPS satellite industry? 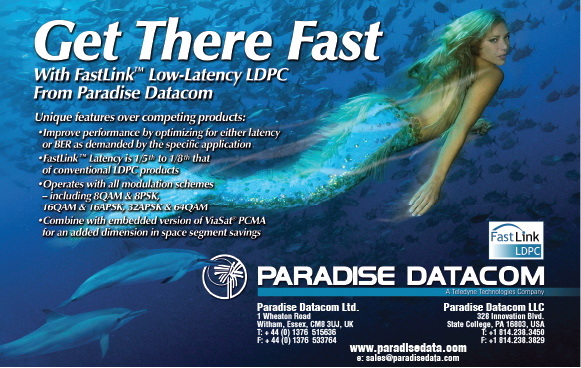 In June 2007, I joined ITT as a senior program manager on GPS programs. My role at ITT has always been to support the enterprise, in major part, to the mission and the critical support the GPS system provides to the warfighter and civilian population.

SM
What is ITT’s background in the (GPS and other) satellite industry?

Mark Pisani
Specific to the PNT industry, ITT navigation payloads and components have been aboard every GPS satellite ever launched, since the program’s inception (1970’s). ITT was on Blocks I, II, IIA, IIR, and IIR-M. 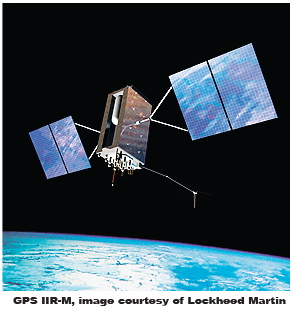 For Block IIR, ITT increased content, delivering the total navigation payload. For IIR-M, we improved the signal flexibility, and added a new civil (L2C) and military signal (M-Code). ITT also supplied the modulators and L1/L2 transmitters on the recently launched IIF with Boeing. For GPS III, we are partnered with Lockheed Martin to provide the total navigation payload. ITT has provided some of the most relied upon eyes in space for more than 50 years. We helped to create the commercial remote-sensing market by designing and building the imaging system for IKONOS, the world’s first commercial high-resolution satellite, launched in 1999 and still operating today. Since then, ITT has built imaging systems and sensors for the latest commercial remote-sensing satellites-GeoEye-1, QuickBird, WorldView-1 and WorldView-2.

In September 2010, ITT was selected to build the imaging systems for the latest earth-imaging satellites — GeoEye-2 and WorldView-3-slated to launch in late 2012 and 2014, respectively.

With regards to advanced climate and environmental monitoring systems, ITT has been a world leader in this industry for more than 40 years. Our proven-reliable sensors, systems, subsystems and software are used to capture, process, visualize and analyze data quickly and accurately, so scientists and policy makers can have the data they need to make the best-informed decisions about managing climate change and making the planet more livable. ITT’s imaging and sounding space-qualified systems for Geostationary Earth Orbiting (GEO) and Low Earth Orbiting (LEO) programs are renowned for innovation, performance, stability and longevity. They have consistently achieved 100 percent on-orbit mission success.

Mark Pisani
Building on our success of the IIR-M series of satellites, ITT is partnered with Lockheed Martin for developing a whole new generation of payloads with increased capabilities and security-GPS III. ITT is also partnered with Boeing to build the L1 and L2 transmitters, as well as the Synthesizer/Interface/Modulator/IPA/Converter for the IIF satellites. In May 2010, the first IIF satellite was successfully launched for the U.S. Air Force.

As part of the Raytheon team, and leveraging our GPS payload experience and industry-leading visualization capabilities, our GPS OCX system offers superior accuracy and functionality across the entire GPS network. ITT is providing the key navigation processing elements, as well as the precision monitor station receivers. The new OCX system when it comes on line will enable the full potential of the modernized GPS satellites to be realized for the benefit of the warfighter and civilian communities.

Due to our unique solutions and partnerships in the national security airborne market, we are addressing the new market landscape with modular, scalable and easily upgradable solutions. ITT’s road map offers versatility for varied applications and requirements including manned and unmanned aerial vehicles Selective Availability/Anti-Spoofing Module (SAASM) M-Code. We are aligned with multiple partner organizations for various platform applications, and we have exclusive capabilities for the GPS-denied environment that are garnering attention.

SM
Why is your solution important to your customers? 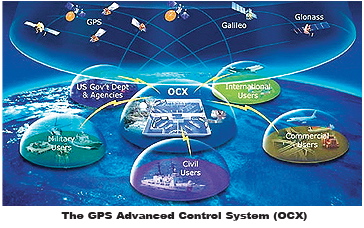 No company in the world understands the GPS signal better than ITT. ITT offers our customers a legacy of success in space. Our customer feedback confirms that ITT’s PNT engineering team consistently proves its expertise in PNT hardware, software and system integration. ITT’s customers get high-performance, reliable, cost-effective PNT technologies and solutions allowing our customers to receive large company resources coupled with small company agility. ITT has a long history of mutually beneficial partnerships with our primes and our customers. Our solutions offer our customers breadth and depth of PNT knowledge because we are operational in all three GPS segments.

SM
What area(s) is ITT focusing on in order to move into adjacent markets?

SM
Please describe the technological aspects of PNT and the importance such plays for our industry.

Mark Pisani
ITT has more than 50 years experience working with PNT systems in today’s world. Our technological strengths include reliable, high-performance space payloads and GPS transmitters. In addition to space hardware expertise, PNT technology advancements have led to increased GPS signal flexibility and M-Code capability for military use. ITT has been on every U.S. GPS payload with 100 percent mission success.

As part of the Advanced Control Segment, or OCX program, ITT is building navigation components to increase accuracy and security. We will bring to the program new anti-jamming technology, M-Code receivers, advanced algorithm development and complex systems integration. ITT is also focusing on the user segment for growth, and we are developing new products that leverage our advanced knowledge of GPS signals. This technology is contributing to application development including space receivers, and high-performance airborne receivers.

SM
How do you see the industry coping with the current global economic “challenges,” and ITT in particular.

Mark Pisani
GPS is a global utility with civilian as well as military applications. In addition to helping our warfighters determine their precise position, there are many civil and commercial applications that bolster the economy. Bridges can be assembled more quickly and accurately with precise bolt tolerances with the aid of PNT. Land surveying and construction utilizes PNT for greater accuracy and faster project completion. Fleet management for corporations and efficient navigation for individuals contribute to significant economic advantages for our workforce. Financial institutions rely on PNT timing for countless transactions and many corporations use PNT for record time-stamping. Mobile phone networks use PNT timing for cost effective network synchronization. Corporations achieve all of this functionality without the expense of operating their own atomic clocks.

SM
What do you see in the near future as a most promising technology for satellite manufacturers and operators?

Mark Pisani
GPS III will provide superior system security, greater accuracy and even better reliability for military and civilian users worldwide. Enhanced performance is expected from a boost in transmitter power. When fully deployed, the GPS III satellites will feature a command and control architecture that allows simultaneous updating of the entire constellation of satellites from a single ground station. By providing the total navigation payload for this system, ITT will be a part of cutting-edge technology that will improve PNT services for the warfighter and civil users worldwide.

SM
How have your previous positions with such companies as L-3 Communications and Allied Signal prepared you for your role with ITT Geospatial Systems?

Mark Pisani
In previous positions, I was exposed to, and worked with, various cross functional groups (e.g., contracts, program management, engineering, operations, business development, and so on) that prepared me for the position I currently hold at ITT. All aspects of a business need to be functioning at a high level to execute and grow. In the past, I was responsible for programs that supported NASA manned space applications, including the NASA International Space Station and the Space Shuttle, so I was keenly aware of the challenging reliability, quality and environmental requirements in space and the understanding that failure is not an option.

SM
Could you describe some of your past accomplishments?

Mark Pisani
I’m proud to have worked on programs that lead to winning the Large Business of the Year award from United Space Alliance and the Exceptional Company Performance Award from Boeing. More recently, I’m thrilled to have been a part of the ITT winning team on two major GPS enterprise programs-GPS III and OCX. Being responsible for the ITT Geospatial Systems PNT business area, that has a compounded annual growth rate of 23 percent over the last three years, has been a highlight in my career. 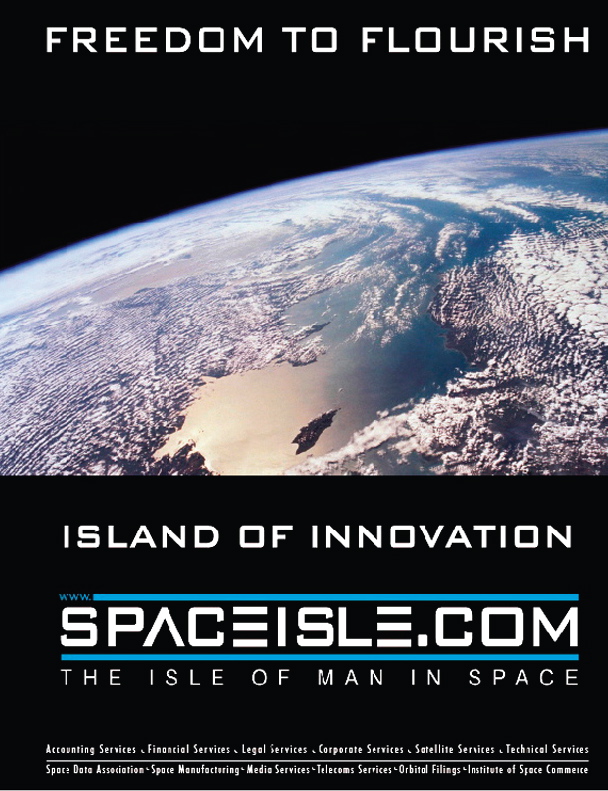