In the current global trade environment, a focus on cost effectiveness and time optimization offer operational efficiencies as well as allowing businesses to gain a competitive edge, as well.

The Northern Region is increasingly becoming accessible with a longer trading season now possible due to climate changes. Moreover, the Northern Sea Route offers a viable alternative to conventional trade region. It is estimated that the Northern Sea Route shortens the distance between Northern Europe and China by 40 percent when compared to traversing by the Suez Canal and by 60 percent when lines as the shortest sea route between Europe and the Asia-Pacific opting for the Cape of Good Hope. 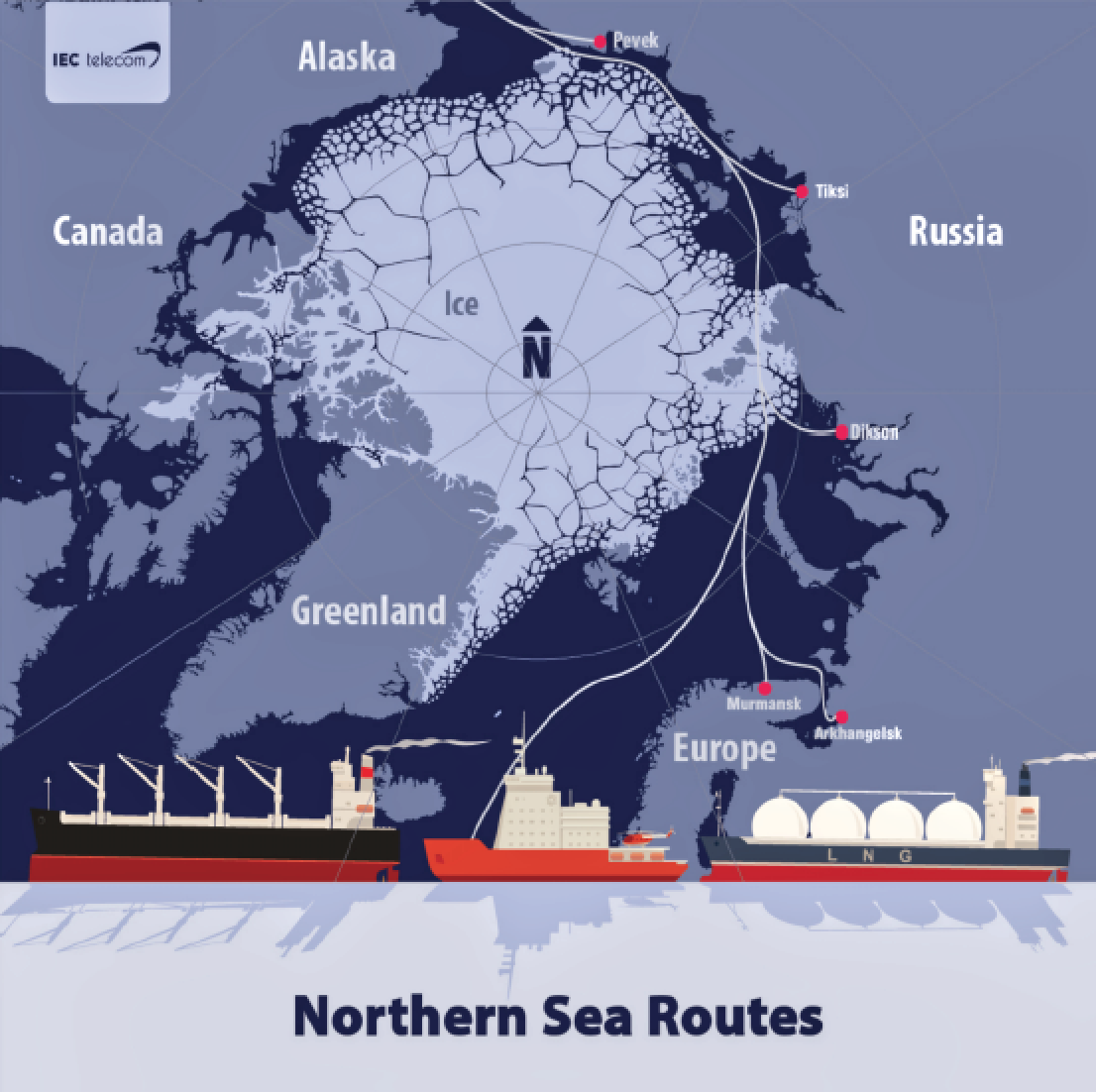 Accordingly, maritime traffic across the main transport corridors in the Arctic has significantly increased in recent years. Cargo volume in the Northern Sea Route increased by 40 percent between 2016 and 2017, and in the Canadian Arctic, traffic tripled between 1990 and 2015.

The Northern Sea Route in the Russian Federation, the Northwest Passage in Canada as well as the Arctic Bridge from Canada to Europe offer businesses substantial reductions in fuel consumption, environmental emissions and travel time, while providing access to energy and mineral resources in the Northern Region. In fact, the oil and gas sector in the Arctic region has been steadily expanding, with more than 40 billion barrels of oil produced over the past 40 years and 184 active rigs in 2018.

In order to conduct sustainable business processes in the harsh environment of the Arctic waters, businesses are increasingly focusing on innovative ways to reduce costs. Satellite-based technologies are excellent drivers of operational efficiency with optimized navigation, decreased fuel consumption, and better crew welfare options. Most of the SATCOM operators own satellites that orbit on Geosynchronous Equatorial Orbit (GEO) with a beam that does not cover the poles.

The Iridium® network is powered by a uniquely sophisticated global constellation of 66 cross-linked Low Earth Orbit (LEO) satellites that enables the provision of high-quality voice and data connections across the globe, including the North Pole. When Iridium completed its constellation upgrade in early 2019, it replaced all its satellites and upgraded the supporting ground infrastructure. 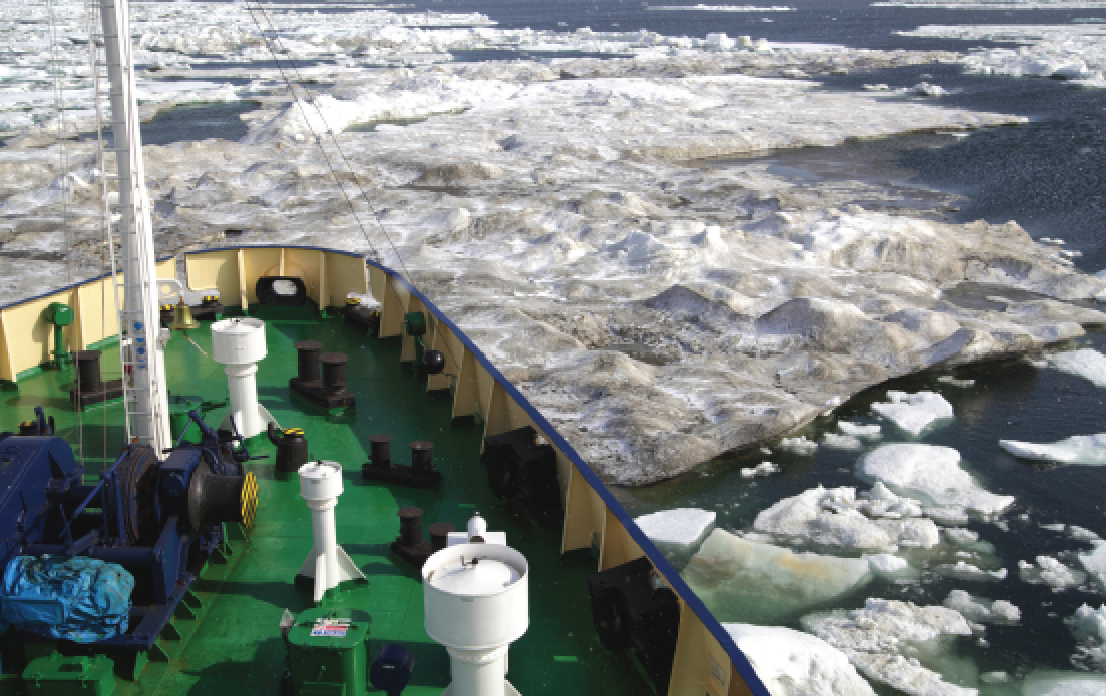 This enabled the launch of Iridium Certus®, a multi-service platform that delivers speciality broadband services.

Each Iridium satellite is linked with as many as four others, creating a dynamic network that routes traffic among its satellites to ensure global coverage, even where traditional local systems are unavailable.

With the Iridium Certus™ 700 service becoming commercially available at speeds of 700 kbps —– the fastest L-band speed in the industry, Iridium’s network with pole-to-pole coverage can only serve to further unlock new opportunities for the fleets operating in the North. Fishing fleets, commercial ships, and other vessels transiting via the Northern Sea routes can benefit from enhanced connectivity in these remote and potentially hazardous waters.

“Vessels operating in this region require robust solutions that can be relied upon under harsh weather conditions. Iridium Certus is the only global network able to meet these requirements, and has enabled IEC Telecom to deliver an innovative and rich portfolio to this unique region,” said Alf Stian Mauritz, Managing Director, IEC Telecom Norway.

With Iridium Certus™ 700, not only can operators in the Northern Sea region share greater levels of data with their shore offices, avail VOIP calls, hold remote crew training, and access faster email exchange, the vessels can also reap the benefits of digitalization, such as IoT solutions video conferencing, telemedicine, and more.

“Many of IEC Telecom’s clients in the Northern region have recently switched to the Iridium Certus service. As an Iridium Master Distributor, IEC Telecom offers its customers the expertise required to transition to this service and with three offices in Scandinavia, we’re committed and well-versed in delivering reliable satellite communications solutions for harsh weather conditions,” added Mauritz.

Iridium Communications, Inc., and IEC Telecom Group have been strategic partners since 2013 and are committed to delivering the next-generation of satellite broadband solutions for both land and maritime customers with the revolutionary solution, Iridium Certus℠. 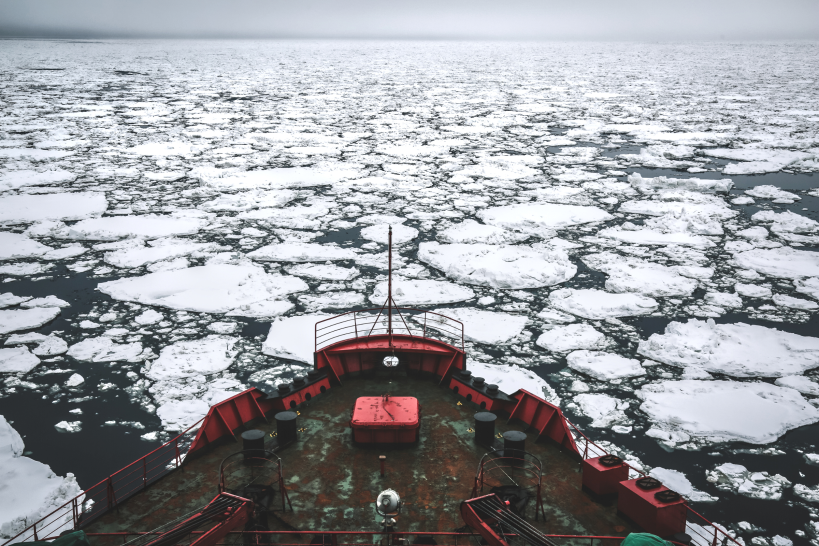 Upgrading to Iridium Certus™ 700 requires no new hardware for existing users. It is delivered through the Thales VesseLINK terminal for the maritime industry, and can be used as a primary ship communications solution or as a VSAT companion service.

In the vehicular and land-mobile market, Iridium Certus™ 700 is enabled by Thales MissionLINK. This compact and easy-to-deploy on-the-move solution is perfect to meet the specific requirements of first responders, governments, and NGOs.

“With Iridium Certus™ 700, IEC Telecom provides a completely compatible network management solution called the OneGate system. It provides vessel operators with a dashboard to monitor the onboard network, including visibility over active links, be it VSAT, MSS, or GSM. Such solutions can help operators in the Northern region enhance their crew welfare options, access reliable cyber security and filtration, and even customize cloud-based features,” noted Mr. Mauritz.

In the maritime industry, the demand for products that offer secure data over robust communication systems is steadily increasing. Systems such as OneGate by IEC Telecom allow the segmenting of network traffic to prioritize essential vessel operations over crew calling and individual internet usage.

OneGate can host virtual applications like an email service, optimized file transfer functions, and data consumption monitors, which can be managed from onshore. This unlocks a new range of opportunities for Iridium Certus subscribers.

In the Nordic environment, the communication processes inherently demand secure and efficient technology to ensure safe operations and crew well-being.

“Thales VesseLINK can be connected to an onboard stationary phone and enable VOIP calls. This facility to exchange critical data in a timely manner allows managers to identify any unusual situation, prevent a major technical breakdown, and eliminate potential risks to the crew’s well-being,” said Mr. Mauritz.

The Thales Management Portal provides the status of each device on the network, offers system alerts, and can even send a distress signal.

With state-of-the-art satellite communications technology offering increased access, stable connectivity, and a cost-effective structure to the polar area, it’s an exciting time to do business in the Arctic.
iec-telecom.com 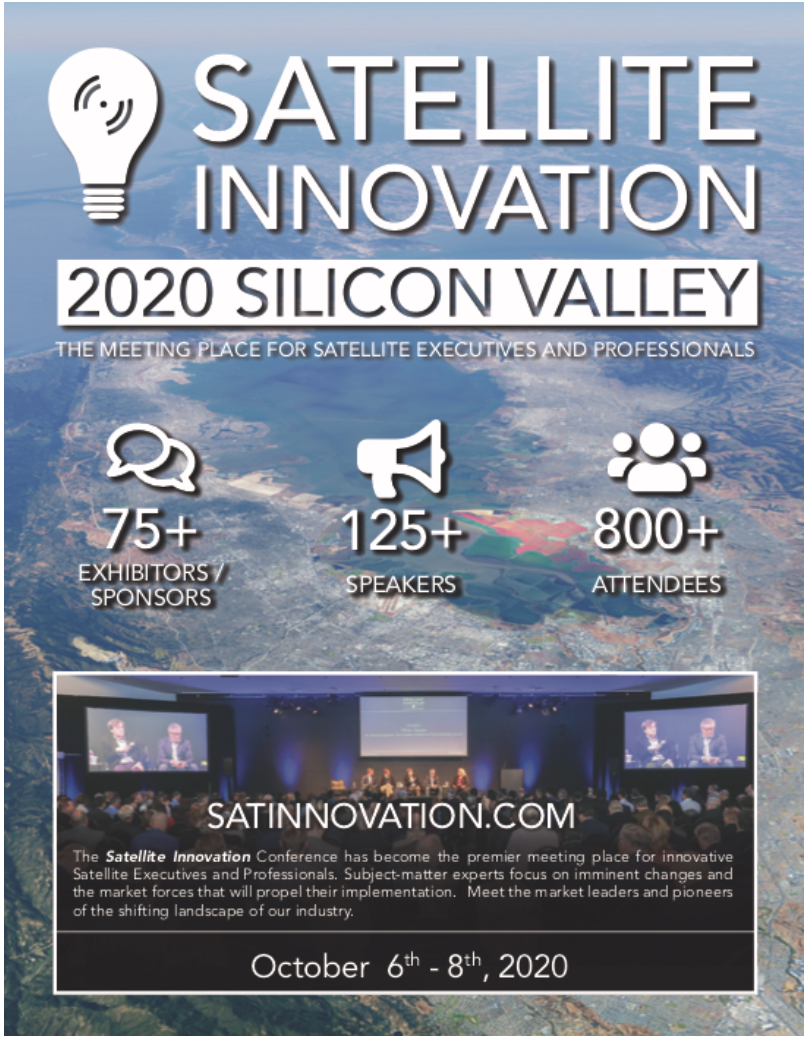 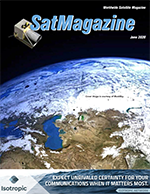