Satellites were the largest leap forward in communications since the hand radio with their ability to send messages across the world in mere seconds.

In addition to GPS, weather and all of the other bonus features and capabilities, one could say owning the satellite infrastructure was arguably the most important initiative of the 20th century... and that is even more important today.

The biggest obstacle these days is that 82 percent of web and internet traffic is image or video-based. Sending high-quality videos or images consumes a significant amount of bandwidth when compared to text or audio — and that is in short supply on satellites. 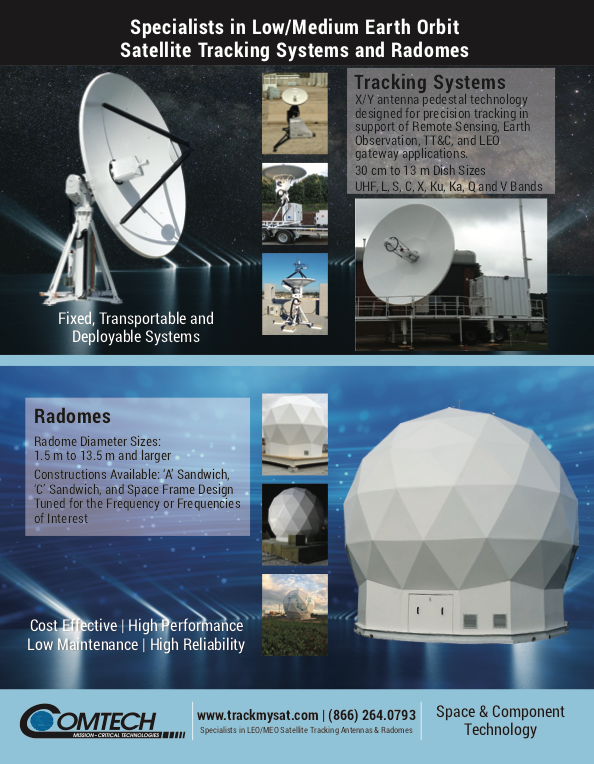 Unfortunately, these file sizes aren’t getting any smaller. Video compression is at the forefront of conversation in the satellite community; however, how do we move big, square pixels through small round wires?

During this pandemic, online content delivery systems have been overloaded by a high demand for streaming services. In some cases, providers such as Netflix and YouTube, have had to buffer their content and reduce their image quality.

No one is interested in staring at a buffering wheel on their screen. The rise of remote work has turned high-quality internet access from a want to a need.

Most traditional satellites don’t have the bandwidth to meet the demands of commercial and consumer high-speed internet needs. This leaves billions of dollars in satellites underutilized because they are incapable of handling HD or 4K+ live-streaming video services.

A large portion of commercial and military satellite infrastructure was not originally designed to send high-resolution images or HD/4K+ video streams. If you ask anyone who operates a low bandwidth network, less than ~500 kbps, to live-stream an HD or 4K video, the answer will always be the same.

If you ask the same question to someone operating a high bandwidth network, they will ask you to increase your budget. Data transfer services become very expensive very quickly as they burn through GB’s in minutes or seconds.

These are just some of the problems that are hindering the mass adoption of satellite networks over traditional land-based infrastructure.

As a community, we need to fundamentally reimagine how to solve this challenge, as the demand for high-resolution video and image will only increase as future years become the present years.

The current solution in the market is to increase the bandwidth of Low Earth Orbit (LEO) satellites. This technology is expensive to implement and takes a long time to design and then launch to orbit. 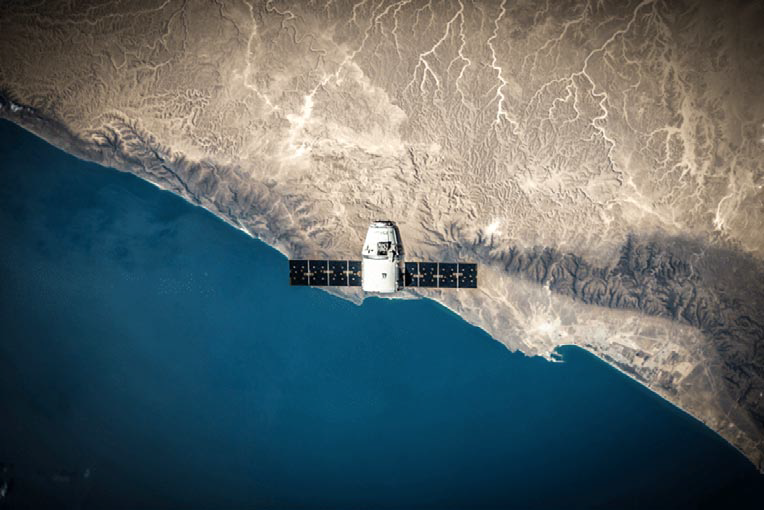 The team at Cytta Corporation attacked this challenge with a novel approach — the conclusion they arrived at was simple. Increasing the throughput of a satellite can cost billions of dollars after all the committed R&D and rocket launches. Instead of increasing the throughput of a satellite, the Cytta team focused on reducing the file size of all videos and images by an order of magnitude.

This is why Cytta Corp launched their new video and image compression platform, the SUPR Stream 2.0. They take a video or image from any source, compress the file, stream it securely and then decompress that image for viewing, in real-time, anywhere on Earth.

Imagine an HD or 4K video, traditionally requiring more than 10+ Mbps of bandwidth having that reduced to as low as 10 kbps. This can all be completed with the SUPR Stream 2.0.

“That’s not a misprint, we deliver 4K+ video as low as 10 kbps, which traditionally requires more than 10+ Mbps of bandwidth,” said Gary Campbell, CEO of Cytta Corp, “Many organizations are working within locked budgets for satellite communication services, but they need additional capabilities. We can reduce the bandwidth and provide 4K or higher resolution at a fixed speed. Fixed bandwidth is vital for our clients, if that data doesn’t arrive properly, the equipment may not even work. We have demonstrated that live streaming over satellite is possible and more with this new product.”

He continued,“Video and image compression will be the saving grace for satellite communication providers over the next 20 years, putting Cytta Corp in the center of the ever-expanding satellite networks. Any satellite provider that implements Cytta Corp’s proprietary SUPR Stream 2.0 compression technology will unlock video and image applications and have an immediate edge over other competitors, without having to modify their existing satellite infrastructure. Video and Image compression not only increases the adoption of satellites over traditional land-based competition, but it more than doubles the throughput and revenue capability of a satellite without making any modifications in orbit. With the integration of SUPR Stream 2.0, Satellite companies will experience reduced operating costs and more satisfied customers.”

The first use case Cytta focused on was low-bandwidth government satellites that use drones or mobile cameras anywhere on Earth to stream video that provides situational awareness. This information is crucial to national security and will allow our men and women to make better decisions with more data available to them, when it matters the most.

Organizations such as FEMA can easily establish communications during disasters where transmission towers have been disabled. Live-streaming footage to military and first-responders on the ground can, quite literally, save lives during a disaster.

The second use case Cytta focused on was commercial and industrial high-bandwidth satellites. Satellite services compete with ground-based systems and must be able to stream social media content or other forms of high-quality video while significantly reducing bandwidth and storage costs.

Every business is seeking ways to increase margins and cutting bandwidth costs is one of the most impactful methods for technology companies to accomplish that task.

Cytta Corp is currently partnering with satellite service providers to bring their video and image compression technology to the mass market, to help governments save lives across the globe, and to reduce operating costs for enterprises everywhere.

The SUPR Stream 2.0 has allowed Cytta’s existing clients to create entirely new use cases for their customers, giving them the opportunity to pursue new contracts and unlock the future of video streaming and storage.

Author Tim Arnold is the Vice President of Corporate Development at Cytta Corporation.