STAR-Dundee was formed in 2002 to commercialize research performed by the University of Dundee while writing the SpaceWire standard on behalf of the European Space Agency (ESA), and the company has continued to innovate and to contribute to new standards.

SpaceWire was designed specifically for use onboard spacecraft. One of the main advantages of SpaceWire is its low complexity (hence, low gate count) and the fact that it can be implemented easily in ASICs and FPGAs. 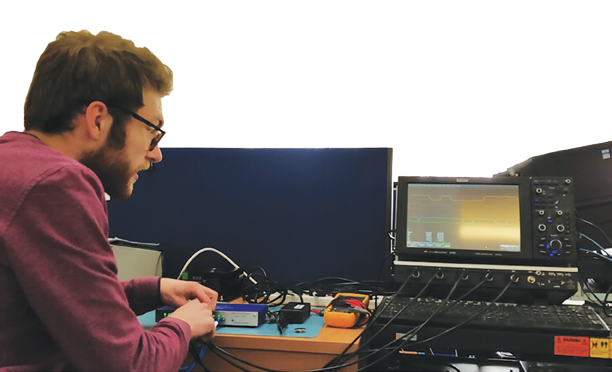 It is able to support many different payload processing architectures using point-to-point links and SpaceWire routing switches. The data-handling architecture can be constructed to suit the requirements of a specific mission, rather than having to force the application onto a bus or network with restricted topology.

The SpaceWire standard was published by ESA’s standardization body, the European Cooperation for Space Standardization (ECSS), in 2003 and was quickly adopted internationally by the likes of ESA, JAXA, NASA and Roscosmos and is now being widely used on scientific, Earth Observation (EO), commercial and other spacecraft.

STAR-Dundee has grown with SpaceWire — the company now features a strong team of knowledgeable and experienced engineers who provide high quality products and support. Included within this expansion has been the establishment of a wholly-owned subsidiary in Barcelona, imaginatively titled STAR-Barcelona.

STAR-Dundee’s product range has grown to now offer a comprehensive range of SpaceWire test and development products and IP cores that have been used on many of the missions flying SpaceWire.

SpaceFibre provides data signaling rates of 6.25 Gbit/s in current flight technology, over electrical or fiber optic cables, while its unique multi-laning features allow up to 16 lanes to be combined into a single link, giving a theoretical link rate of 100 Gbit/s.

SpaceFibre offers much more than high data rates — the technology is capable of detecting, isolating and recovering from faults in the link where they occur and that prevents faults from propagating and causing further errors.

These powerful capabilities mean that SpaceFibre is suitable for very high data rate payloads, such as Synthetic Aperture Radar (SAR) and multi-spectral imaging instruments as well as be used for network and equipment management and for deterministic command and control type applications.

SpaceFibre allows each of these traffic types with different requirements to share a single network, with each traffic stream operating independently within its own virtual network.

SpaceFibre has been, and is being designed into,  its first ASICs, on-board equipment and space missions. The powerful Ramon Chips RC64 many-core DSP features STAR-Dundee IP to provide 12 SpaceFibre ports each offering up to 6.25 Gbit/s data signaling rate.

SpaceFibre is being used in Europe, USA, Russia and Japan and has been incorporated in the latest revision of the ANSI/VITA 78 SpaceVPX backplane standard.

As with the SpaceWire standard, Steve Parkes, CTO of STAR-Dundee and formerly the Chair of Spacecraft Electronic Systems at the University of Dundee, wrote the SpaceFibre standard with inputs from international spacecraft engineers.  STAR-Dundee has designed, implemented and tested:

STAR-Dundee owns a patent on the SpaceFibre multi-lane technology, which is being freely licensed for space related applications.

Leveraging these capabilities, it is possible to emulate, stimulate, debug and validate SpaceFibre enabled equipment using the STAR Fire Mk3.

The company is supporting several organizations as they include these IP cores in new missions requiring far higher data rates than were possible with SpaceWire, or which require the deterministic command and control capabilities offered by SpaceFibre’s innovative quality of service mechanisms.
www.star-dundee.com/

Information regarding the SpaceWire standard is available at this direct link...
www.star-dundee.com/knowledge-base/overview-spacewire-standard

Additional information regarding SpaceFibre is available at this direct link...
www.star-dundee.com/knowledge-base/what-is-spacefibre

Stuart Mills is the CEO of STAR-Dundee and one of the company’s founders. He has a First Class Honors Degree in Computer Science and a Ph.D. in Spacecraft Systems, both from the University of Dundee.