Off-air testing of ‘ground station’ equipment has come a long way since the dawn of communication via geostationary satellites nearly a half century ago. 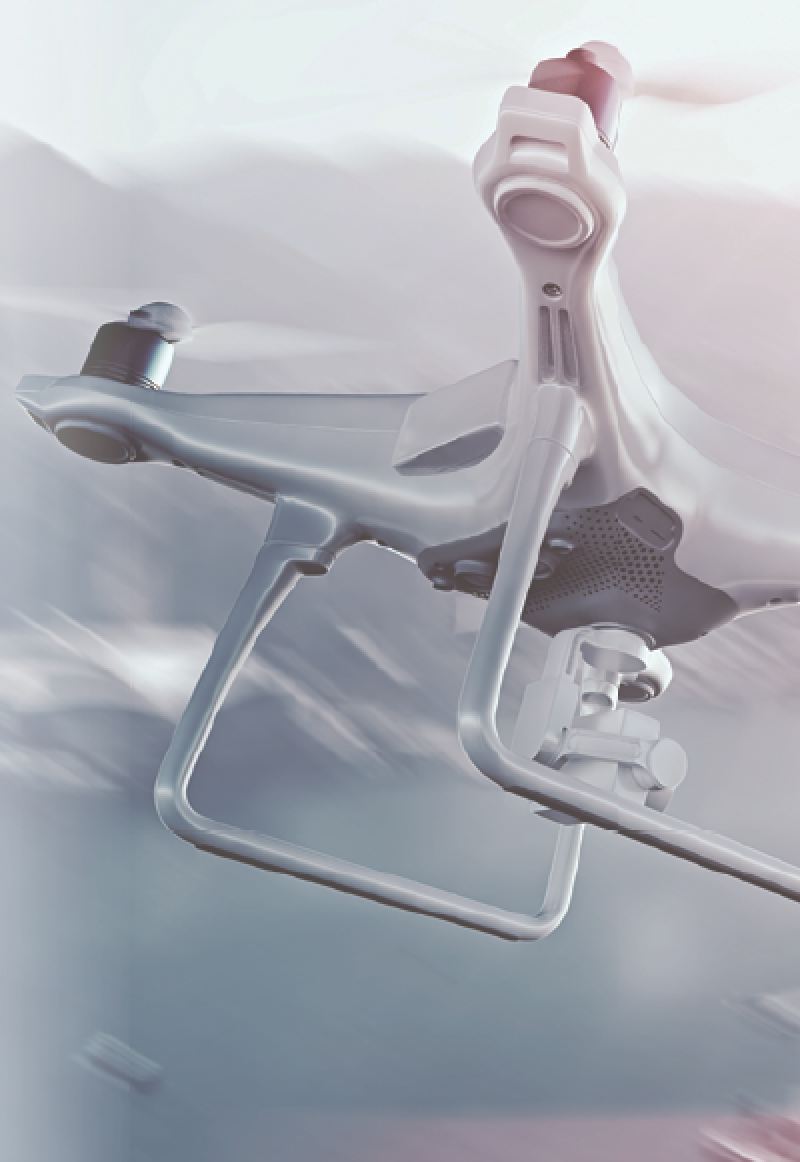 In those early days, the term ‘ground station’ meant precisely that — a large parabolic antenna along with its transmit and receive electronics, firmly anchored to the Earth’s crust.

Each element of the station, more often than not a one-off design, would be tested individually before being assembled into a system, at which point an occasional test on a less than overcrowded satellite transponder might be the final set up check before going live. Makeshift loop back tests using a basic RF mixer and microwave signal generator were also in evidence.

Today, the term ‘ground station’ has grown significantly in meaning to include any part of the link which is non-satellite. Mobility is the key word and, aided by the electronics miniaturization revolution, SATCOM-On-The-Move (SOTM) is a reality, with platforms now including ships, aircraft, road vehicles, trains and manpacks.

Likewise, the testing of SATCOM systems has had to evolve to meet the needs of the modern user and, indeed, manufacturer.

Equipment is now mass produced, on-satellite testing is frowned upon and the range of test parameters has outstripped the capabilities of that ‘good old’ mixer/LO check.

For the major terrestrial teleports, the rack mounted loop test translator still provides a very cost-effective, easy to use, wired-in facility, but attempting to use these, where the whole station is compact and mobile, can be rather cumbersome.

What is required here is a device that can quickly and efficiently test the entire system by doing just what the satellite transponder does, but locally and at a small fraction of the cost. 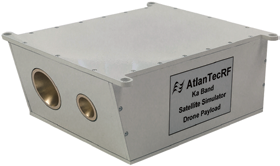 The U.K. based SATCOM RF Test company, AtlanTecRF, has pioneered the development of such instruments for several years with their Satellite Simulator product range. The product family includes the company’s LSS series that was originally designed to tackle airborne, internet connectivity systems. Plus, AtlanTecRF’s SNG series is driving down the cost of checking out van mounted news gathering rigs ready for broadcast, while still in the depot.

However, as has already been stated, movement is the essence of the majority of current satellite communications systems and, therefore, test products have literally had to keep track with the trend.

Carrying out the RF test while the platform is in transit has now become the order of the day as antennas are often steerable, either mechanically or electronically, in order to keep the ‘Bird’ in view under all likely aspects.

To meet this challenge, AtlanTecRF has taken to the air with their Satellite Simulators. New, compact, lightweight and high efficiency flight models for battery or solar operation are now being produced for carriage by airplanes, helicopters and balloons (low and high altitude), in all cases pretending to be a satellite for the purposes of testing the full capabilities of the ground/ mobile based terminal. 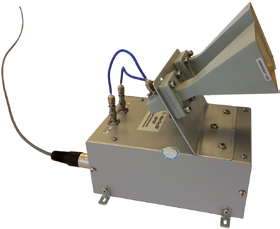 However, there are further complications — suppose your surface based platform is large and set on a course — a train or a large ship, for example. Going through the entire envelope of orientation of antenna pointing, while mounted on such a moving platform, would be unbelievably time-consuming and costly. If the platform cannot be easily maneuvered, then the test gear must be agile.

Enter the drone. These Unmanned Aerial Vehicles (UAVs) have the ability, under control from the ground, to dance around the sky, or more accurately, fly around an antenna platform in a way that directly mimics the altitude change of that platform in service, but without the need for extraneous diversions from the UAV’s normal course.

Designated the Drone Satellite Simulator (DSS) Series, AtlantecRF’s addition to its growing family of Satellite Simulator and Loop Test products has become the ‘Sparrow’ fluttering around, close in, essentially emulating the ‘Big Birds’ that sit at 22,000 miles away.

As market and business needs evolve, so, too, will AtlanTecRF’s DSS products as they become even lighter and smaller as well as offering additional band compatibility including Q ,as needed.

In order to cover all the probable operating frequencies of the antenna or system under test (AUT or SUT), the Drone Satellite Simulator may have a fixed turn-around or local oscillator (LO) frequency. However, in many cases, there will be a requirement for LO frequency tuning, which is effected by means of a low frequency command radio link to the drone. Data relating to the length and quality of the transmitted signal can also be gathered at the drone and returned to base by a telemetry channel.

The Drone Satellite Simulator in action. It is manoeuvred to align with the ship’s antenna prior to testing. Maneuvering the drone enables the testing of the terminal satellite tracking function.

In some cases, the Drone Satellite Simulator will draw power from the same batteries providing lift to the UAV, but it can also be supplied as self-sufficient with an integral, rechargeable power storage.

AtlanTecRF’s DSS products are already taking to the skies following their first successful maiden flights. In the tests, the Ku- unit received a signal while hovering above a ground terminal similar to the type that would be used on ocean going liners and large cargo ships. The Satellite Simulator then transposed that signal and sent it back at downlink frequencies, thereby simulating the satellite and allowing the testing of the ship’s antenna without the ship having to alter course.

Such agility in SATCOM testing has many applications including shipping, on airlines and trains and, more specifically, the military. The vast majority of systems for the army, navy, air force and marines are constantly on the move with little or no time available for testing and set up. Steerable antennas are commonly part of the kit and, therefore, AtlanTecRF’s DSS ‘Sparrows’ fulfill the test function in all respects of agility and speed.

Further, the Drone Satellite Simulator can have additional value in actually transmitting a signal from point A to point B, without using a satellite at all, across a small footprint, as might be found in an operational situation. If, in that situation, there is no GEO or LEO ‘bird’ available, the DSS ‘Sparrow’ is launched to bridge that short-hop communications gap.

AtlanTecRF’s ‘Sparrow,’ a would-be ‘Eagle,’ brings greater versatility and a uniqueness to the satcom market, providing a neat and economical solution to the testing of satellite communications terminals ‘on-the-move’.

AtlanTecRF is a leading global manufacturer of RF and microwave equipment, components and interconnects to the Satellite, Broadcasting, Aerospace, Telecommunications, Defence and Scientific Research industries.

The author, Geoff Burling, is AtlanTecRF’s CEO. His role is to drive growth across all aspects of the business by bringing to market a range of new and high quality RF and microwave components, interconnects and equipment.

A passionate engineer, who uses his in depth knowledge and market expertise to ensure AtlanTecRF delivers the highest quality products, technical expertise and customer service demanded by today’s engineers. 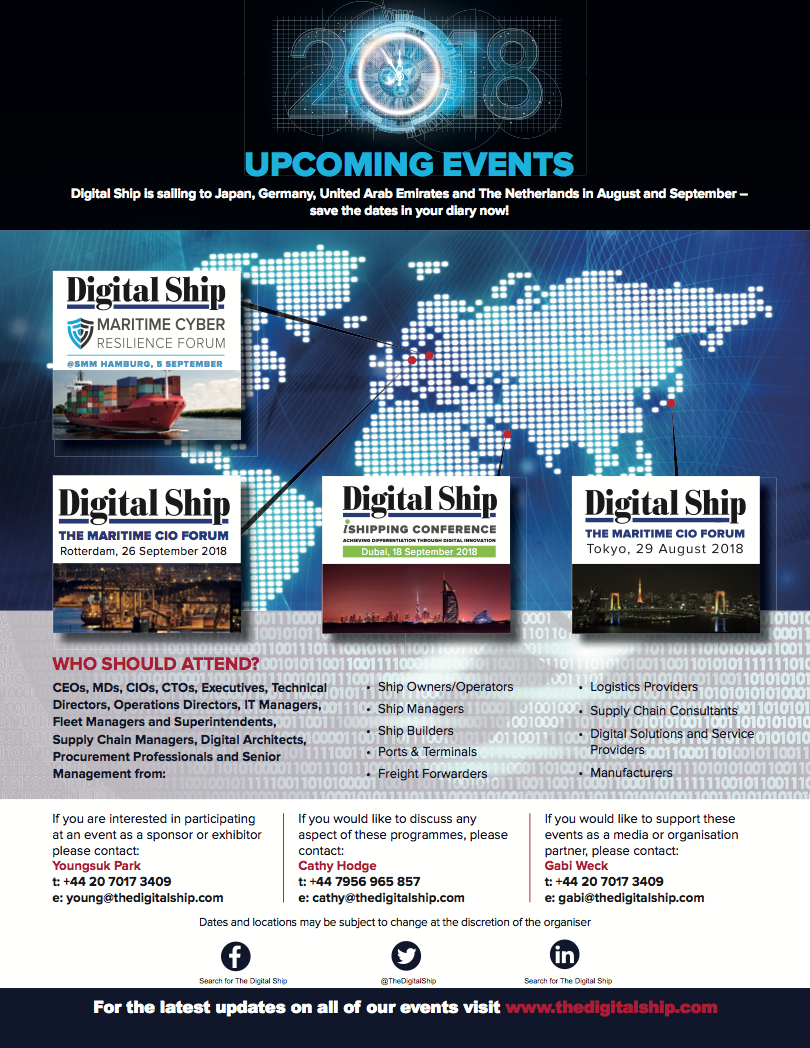